Read on Twitter
It is Korean activists — not Trump — who brought about this historic breakthrough, by impeaching right-wing President Park and bringing in a more left-wing government that was open to peace negotiations.

http://time.com/5360343/korean-war-american-history/
After the US killed 20% of North Korea's population—but still lost the war—it prevented a peace treaty from being negotiated.

Then the US blatantly violated the armistice and illegally brought nukes onto South Korean soil. 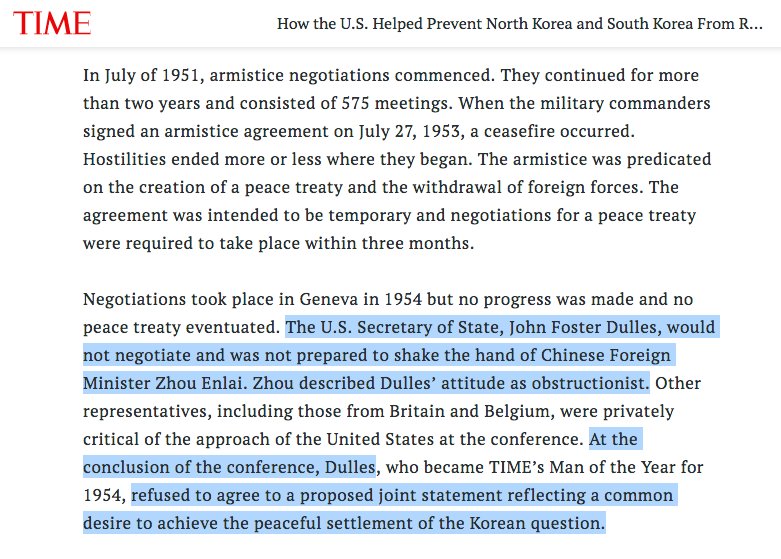 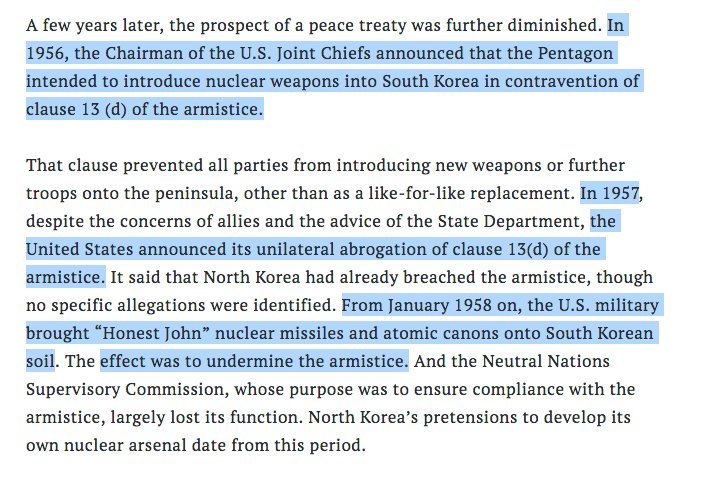 "It was the United States, in 1958, that broke the 1953 Korean Armistice Agreement, when the Eisenhower administration sent the first atomic weapons into South Korea."

This forced North Korea to develop nuclear weapons of its own. https://www.nytimes.com/2018/03/19/opinion/korea-nuclear-arms-america.html
Opinion | The Dirty Secret of American Nuclear Arms in Korea (Published 2018)

North Korea may be unreliable, but it was America that broke with the Korean armistice by introducing nuclear weapons into South Korea in 1958.

North Korea may be unreliable, but it was America that broke with the Korean armistice by introducing nuclear weapons into South Korea in 1958.

https://www.nytimes.com/2018/03/19/opinion/korea-nuclear-arms-america.html
Heart-warming video of North and South Korean families reuniting after being separated for decades.

This is a huge victory for Korean peace activists, despite US attempts to sabotage the peace efforts at every turn.
You can follow @BenjaminNorton.
Tip: mention @twtextapp on a Twitter thread with the keyword “unroll” to get a link to it.