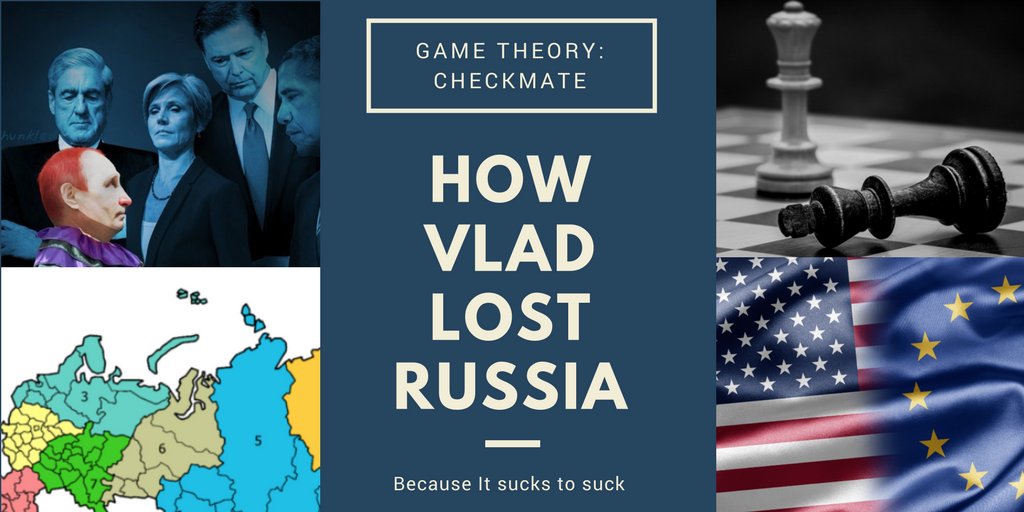 Strap your straps in, kids: this one's for the history books. We'll be studying the last 10 years for the next 200.

Before I get started, I have a couple of shout-outs.

First, to the Elliott School of International Affairs, GWU. I got a masters of international affairs/technology policy there, and I credit much of my thinking to what I learned in just a couple years. 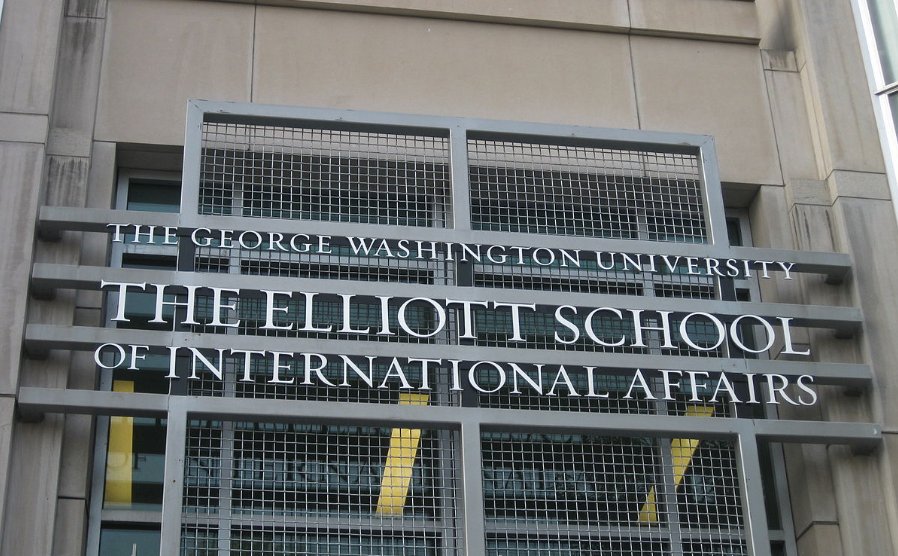 Second, to my professor there, Dr. Kirk Larsen, who taught the course about the past, present, and future of nations - which sticks with me to this day.

In fact, his work forms the basis of this thread. 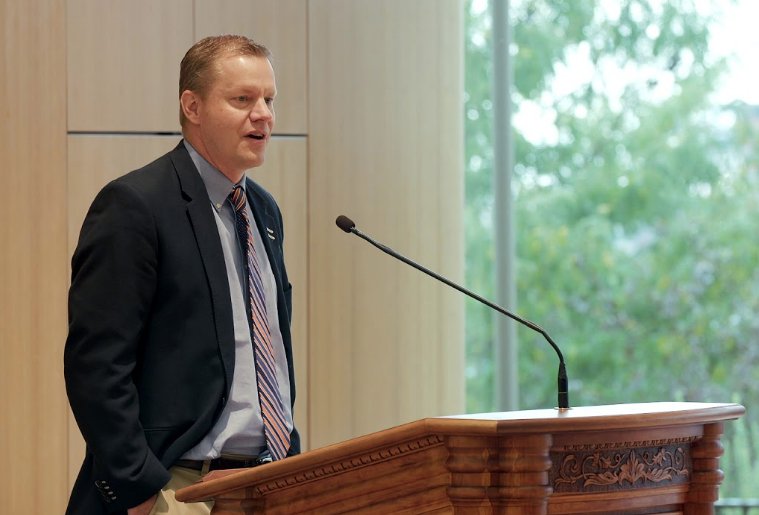 The current crisis is about international relations - WHAT makes up a country, HOW do they function, HOW do they relate, and WHEN if ever are they in a state of war?

This may sound academic. IT AIN'T. It's the difference between order and chaos, life and death, peace and prosperity versus violence and desolation.
In the modern world, that balance is kept via international relations. So what makes up a country? It turns out, there's a pretty specific formula.
BORDERS. You need to have a chunk of land that people agree on, inside and outside of the territory. We all know this one, for example. 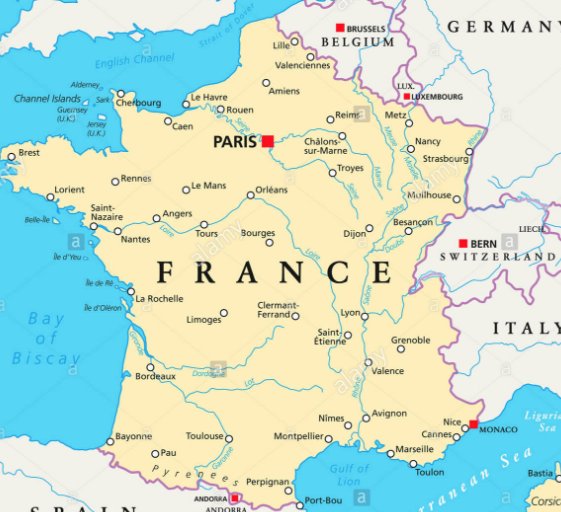 SHARED HISTORY AND MYTHOLOGY. It doesn't have to all be true, but your people need to agree on how you became a nation in the first place. 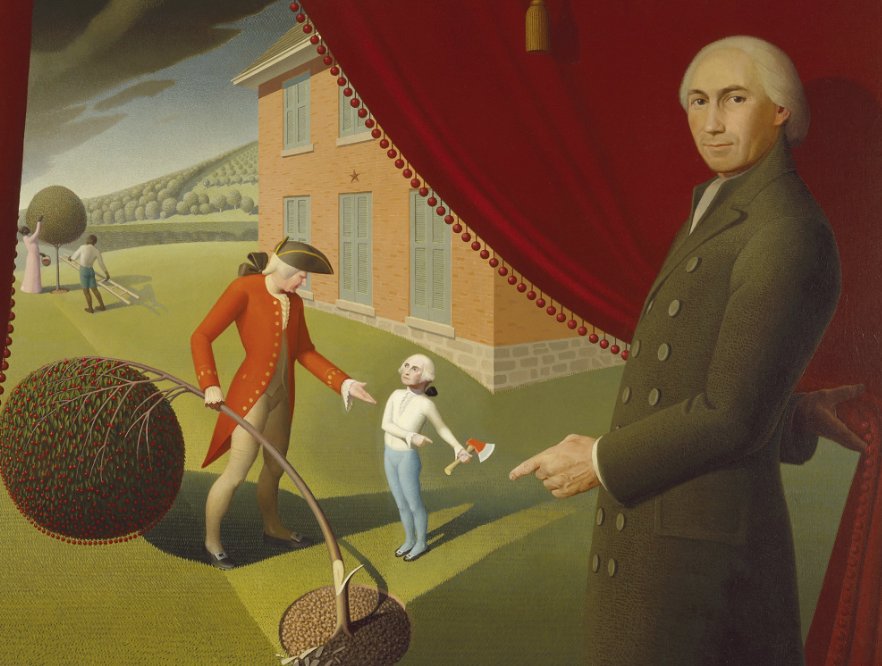 CODE OF LAWS. There need to be rules in that territory that govern. This part goes back as far as our man Hammurabi. 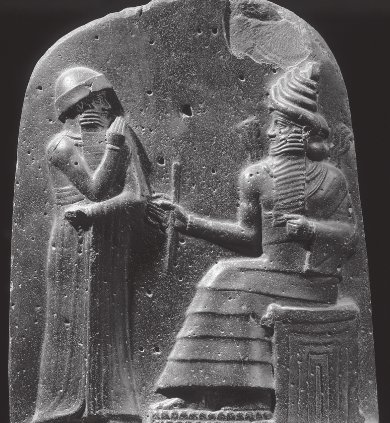 STATE MONOPOLY ON VIOLENCE. Those laws need to be enforceable by violence if necessary - by the state, and only by the state. Extra-judicial violence must be seen as inherently criminal. 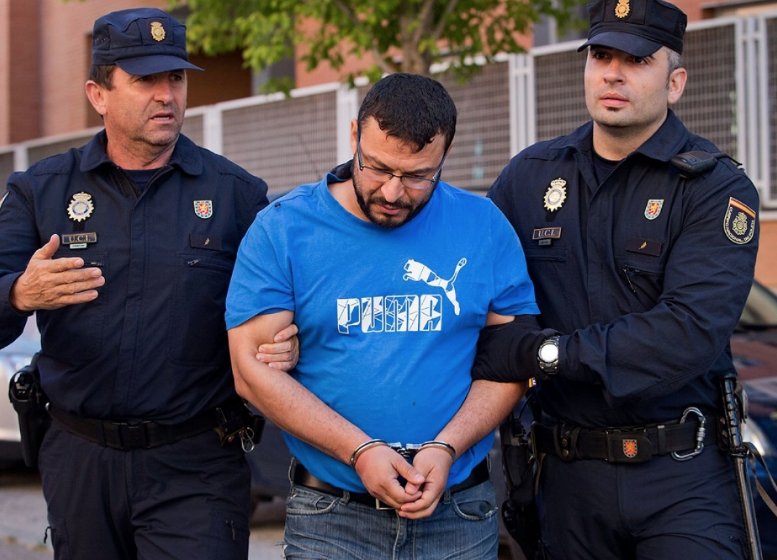 Take ANY of these elements away, and you don't have a country anymore, but a FAILED STATE.

And Russia is a failed state. Which is why it can no longer be treated as part of the community of nations. 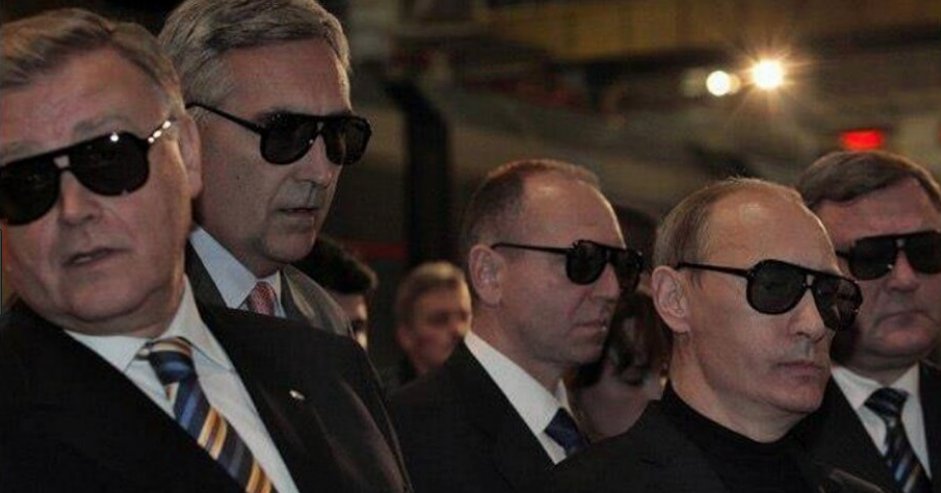 But why is it failed? It doesn't look like Somalia. Got some rich guys running around. Nice cars. Fancy buildings. How is it failed?

Russia has abandoned the rule of law. Inside its borders, and ESPECIALLY outside of them.
To understand how this came to be, we need to go back to the mid-1990s. It wouldn't hurt to get more acquainted with this man: Semion Mogilevich, the most powerful mobster in Russia - and the world. 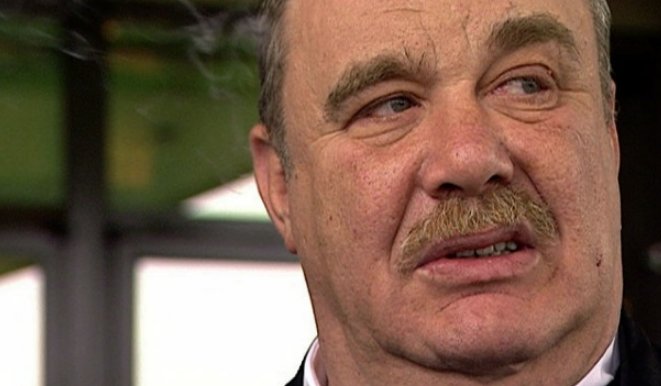 When the Soviet Union collapsed, Russia fell into chaos. There were really only two institutions left that could get anything done:

- The KGB
- The Russian Mafia
I had a professor at UVM who was over in Russia a lot. He said of the Mafia, "People ask how can you get anything done with the Mob over there? And they say, 'What could we get done without them?'"
Running a restaurant? Need fish delivered? Mob. Only guys that can get a truck through all the pirates and crooks. Only guys violent enough to be reliable as vendors, essentially.
But who else had the esprit de corps to get shit done in the New Russia?

Who else but the KGB? The Chekists weren't going anywhere. 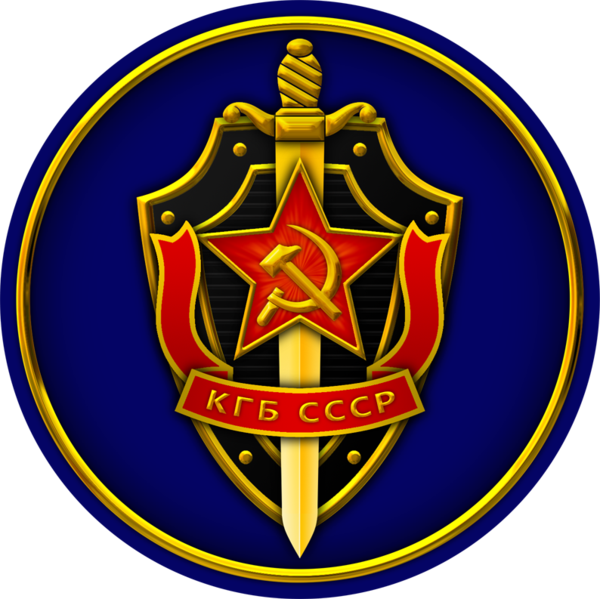 I'm told that the real turning point happened at Davos in 1996. Russian mafiosi met and decided: Yeltsin would be elected, they would strip the rest of the country down for parts - and then they would have one of "their guys" running the place. 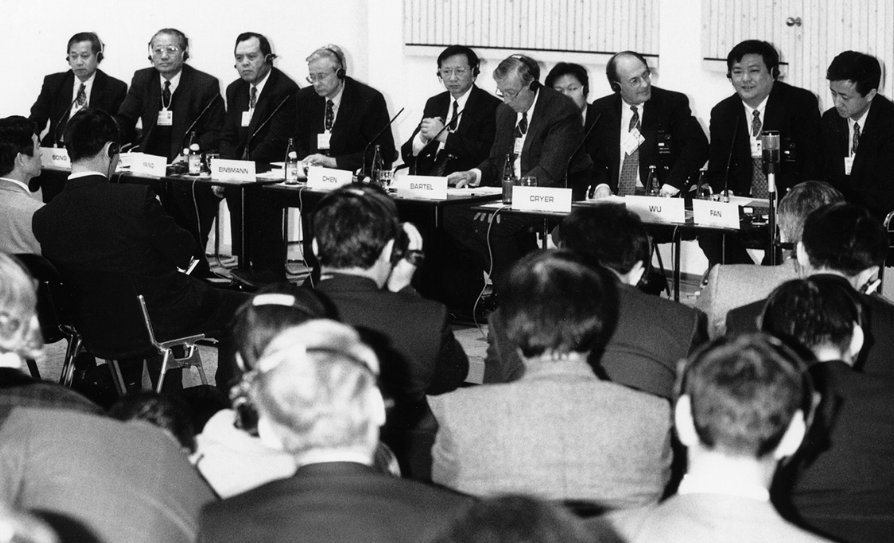 The guy they picked was an old, but not especially distinguished-hand from the KGB/FSB/Chekists. Pooty-poot. He'd do fine. 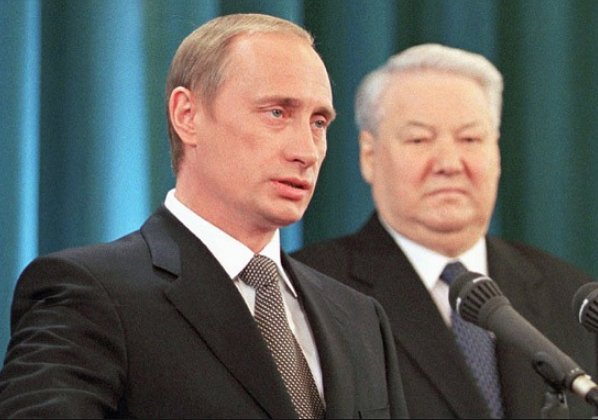 What has happened in the years since has been historic - a bold geopolitical move that has taken us years to grapple with:

Russia melted down its government, spy services, and criminal networks into one single alloy. And made a weapon from it.
Since that moment, every dollar going into Russian organized crime went also to finance its intelligence operations, and provide black market GDP to its government.

And also, now they can't be a country anymore. So sad.

See, because there's no difference between Russia's diplomats, its spies, its drug dealers, its mob bosses, and its presidents.

So, um - that's no longer a country that has the rule of law. It's loosely organized violent chaos. And the world cannot tolerate it any longer.
Certainly the UK is done tolerating it. It just told Vlad to take his 23 fake diplomats-who-are-really-intel-officers and jam 'em. 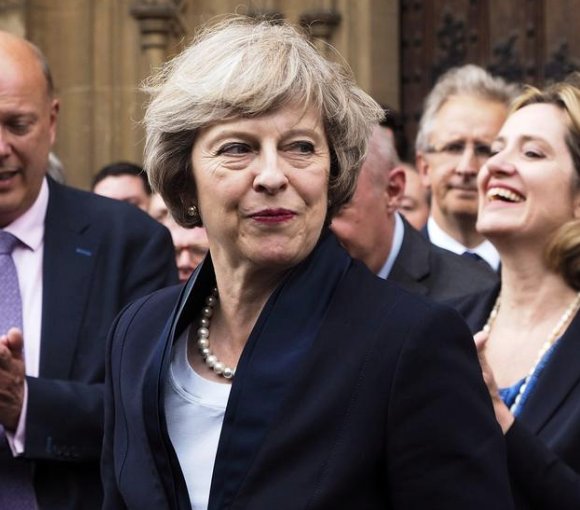 Now anybody who knows an embassy or intel tradecraft will tell you that all embassies are potentially spy safe houses for Official Cover (OC) agents.

BUT NOT EVERYONE IN THE WHOLE DAMN PLACE!
Like check this bullshit out. It's one thing for the "Junior Science & Tech Attaché" to secretly be running agents and assets - pretty classic.

BUT THE AMBASSADOR HIMSELF? WTF IS THAT, SERGEY? 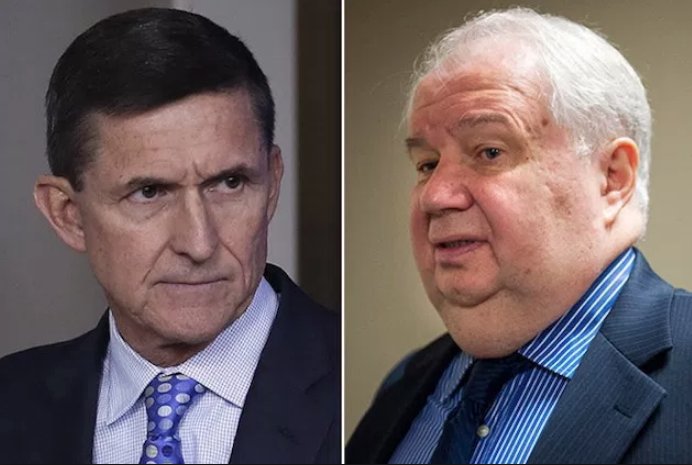 AND WHILE WE'RE ON TOPIC, WHAT THE F**K WERE YOU THINKING WITH THIS BULLSHIT, SERGEY?

That's not diplomacy. It's full-scale hybrid warfare. And Kislyak goddamn-well knows it. 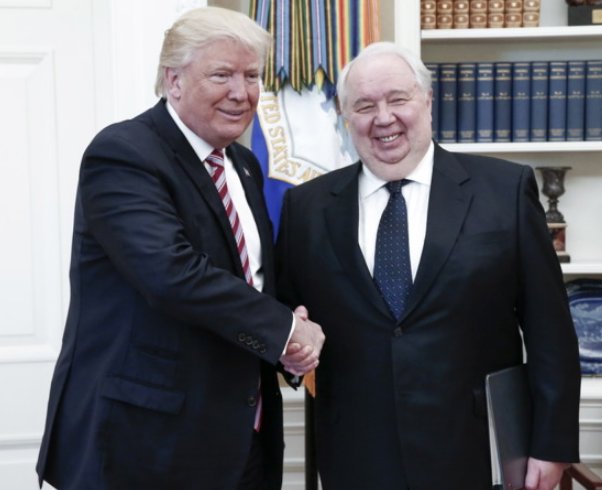 Oh, but what else are their "embassies" up to?

What the hell do you think the world is, one big shitty episode of Miami Vice? Out of an embassy? 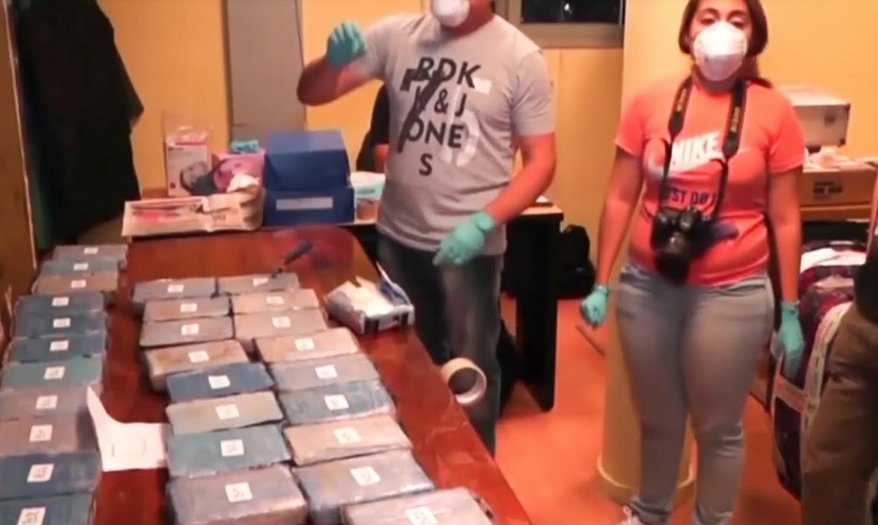 And boy, WE BETTER NOT HEAR THAT RUSSIAN EMBASSIES TRAFFIC IN CHEMICAL WEAPONS.

But let's be real? Does it matter? We know who these people are. 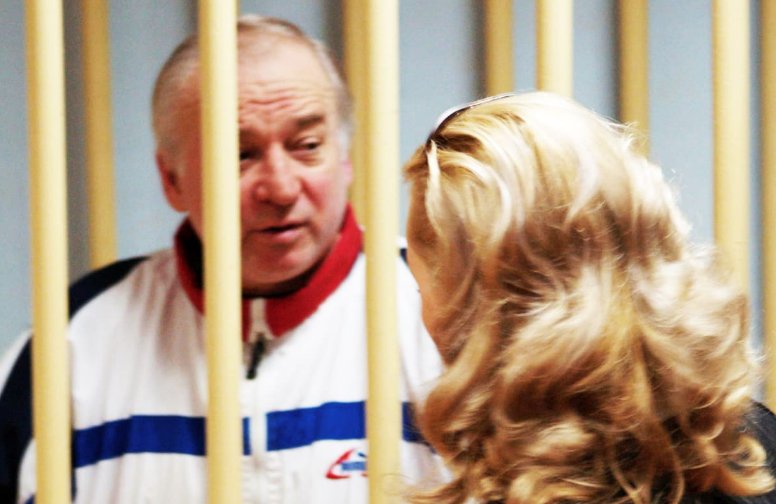 Which brings us back to Vlad's biggest, most audacious, and most successful intel operation, which is also the biggest failure in history - and the end of Russia as a nation.

Because it's not a nation. It's a lawless thugocracy, and we're DONE PRETENDING. 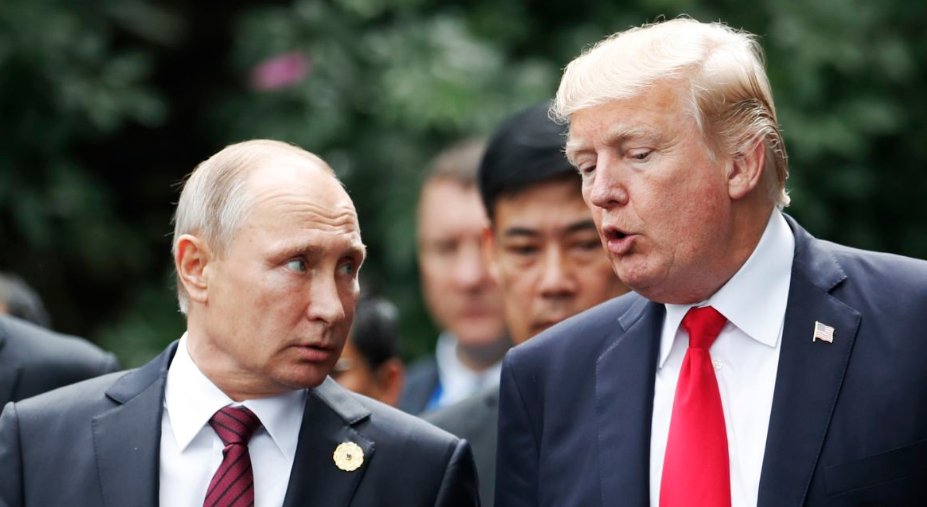 Did anybody else notice Russian athletes not being able to use their "country's" flag.

Hey you Chekist f**kbags, we can do symbolism too.

You don't act like members of a community of lawful nations, you don't get to pretend like you are one. 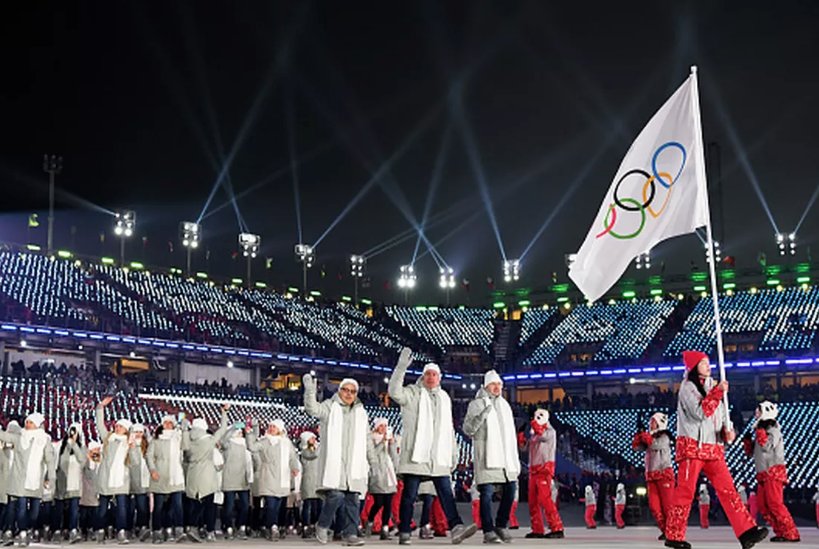 And so begins the end for Semion and Vlad's super cool experiment in radical evil globalization.

They dreamed of a giant network of crimes scenes where they're yachts were the biggest, they got all the best human trafficked sex slaves, and they'd feel cool!

Fuck that.
Fuck your evil plan, fuck your cronies, fuck your Mob bosses, fuck all the weak criminal scumbags in our societies that you flipped.

Because let me tell you who gets to lead humanity: lawful nation-states and legitimately-elected officials.

DEMOCRACY, NOT THUGOCRACY, RULES THE WORLD. AND IT WILL FOREVER. OR WE'LL DIE TRYING. 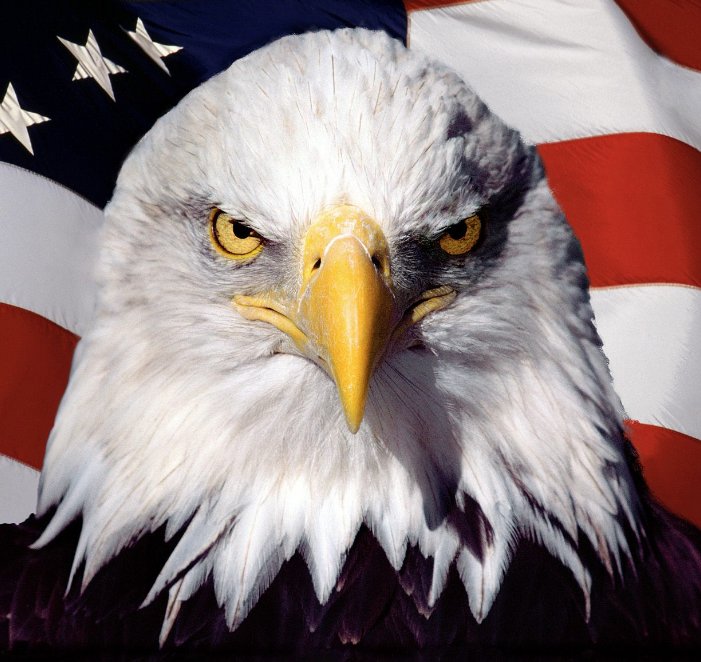 Let me introduce the real leaders of the world - the heads of law-based, decent societies that will strive toward a brighter, more just, more humane future.
Emmanuel Macron is leading France with vigor and decency and fresh ideas. He is part of a great culture that attracts millions as tourists and immigrants and admirers.

De Gaulle fought so hard so Macron could keep it going. 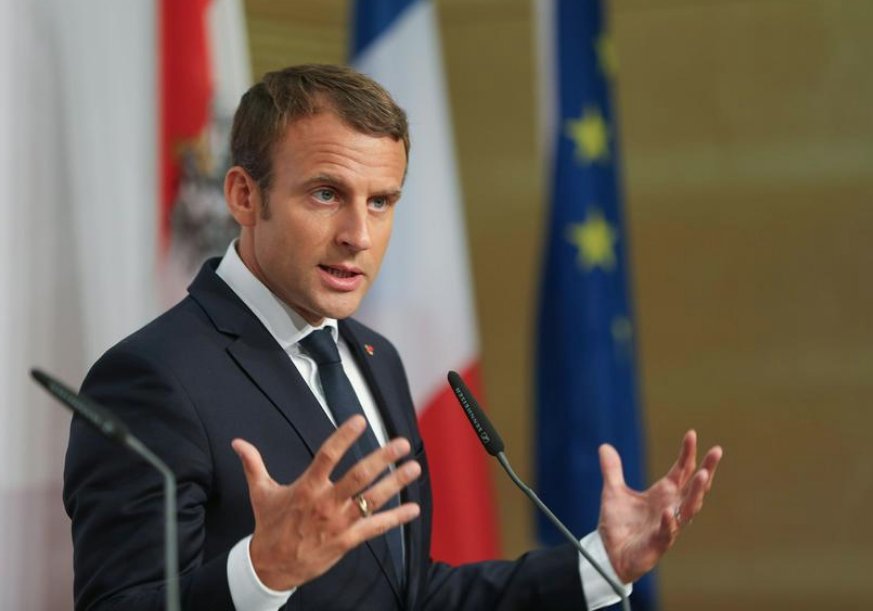 Angela Merkel: PhD Quantum Chemist, tough-as-nails, and a proud leader of a free and fair nation. 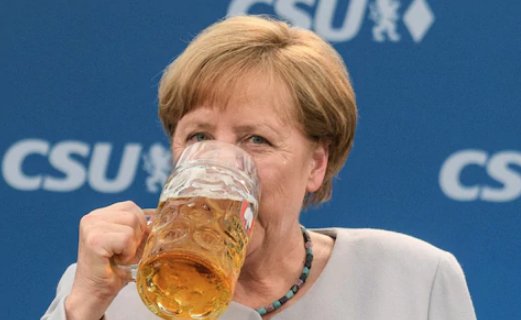 Justin Trudeau: He needs no introduction. If the ladies had their way, he'd be president of the galaxy. A fine Canadian, and powerful world leader. 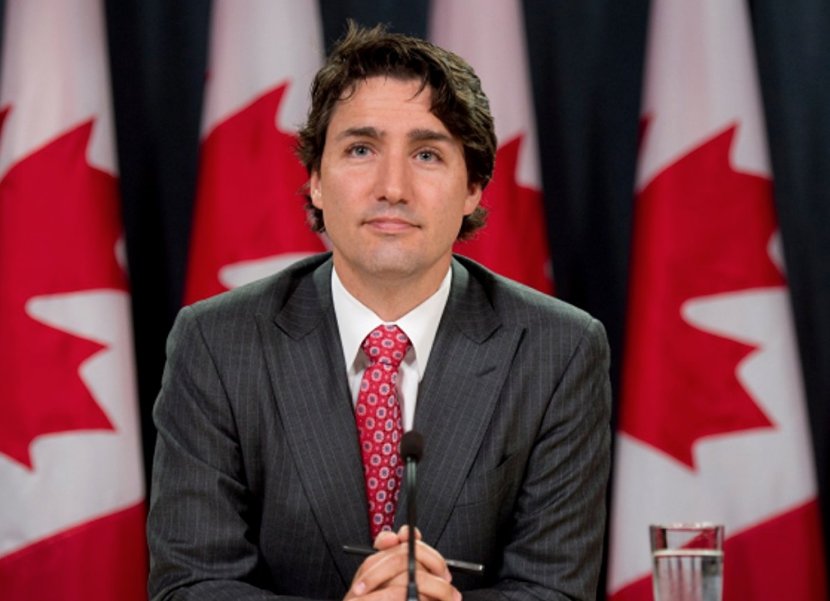 And let's not forget: America has great leaders, too. They were merely pushed aside by traitors, and only then for long enough for us to GET EVIDENCE, AND GET READY TO PROSECUTE. 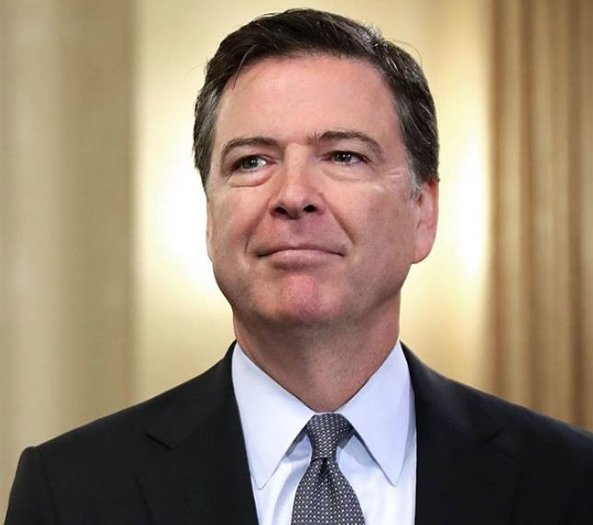 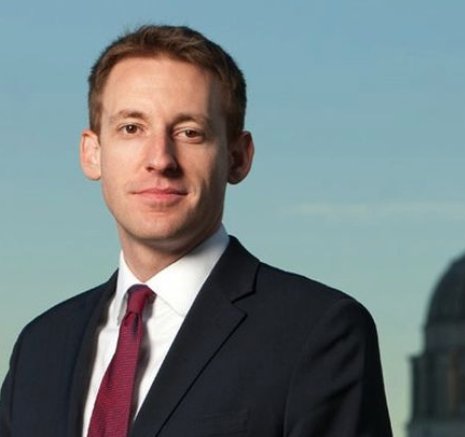 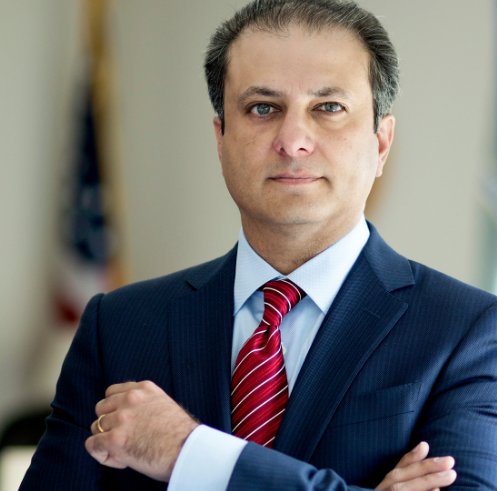 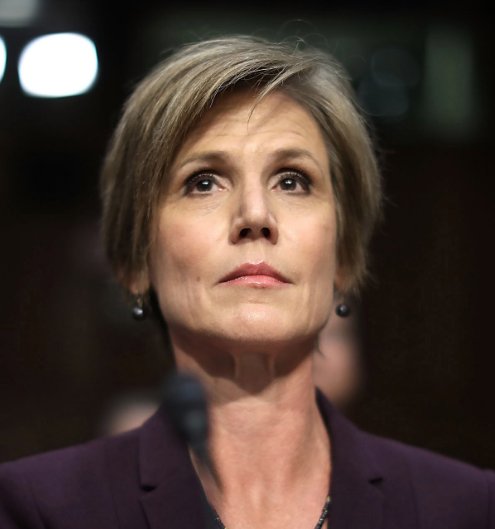 Guys. We've all been witness to history. We've all just been attacked in the most devious ways, and we are emerging not only victorious, but more resolute than ever.
Many of us never knew what we truly believed or truly loved until it was put to the most strenuous test.

I am proud of so many individuals, and for that matter, so many great nations.
We are emerging from this crucible with stronger alliances, stronger friendships, stronger values.

Let's use them to build A More Perfect Future.
We will stumble again. We will fail again.

But after this, I suspect we will never forget again.
And with that, God bless all nations, and all individuals, not one single person left out.

Love you guys. I'm gonna get some lunch. 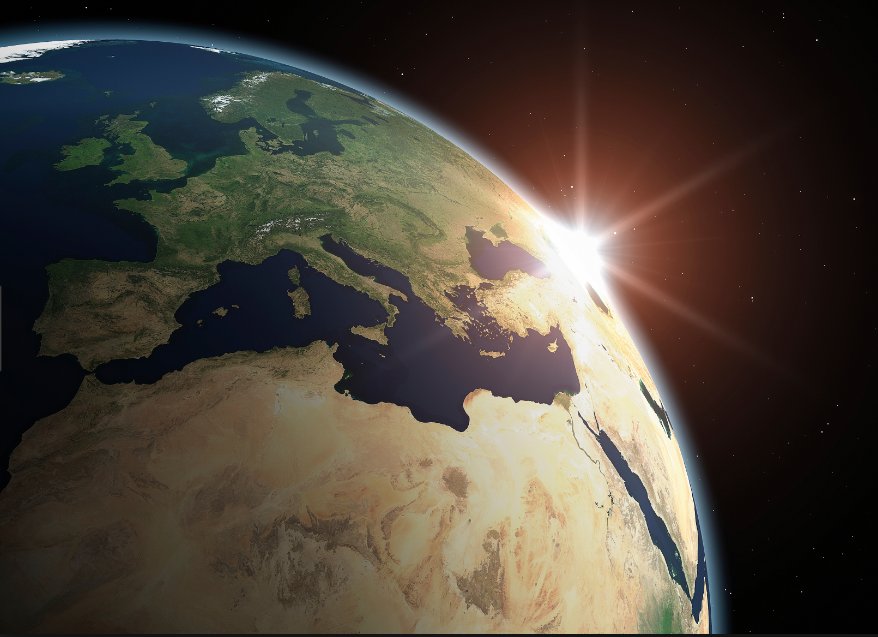