Read on Twitter
The delicious wretched misery of delusional nocoiners:

The regularity with which @nouriel chimes in whenever there is a crash in the Bitcoin price indicates he obsessively follows Bitcoin's price.
Imagine his mental state after 4 years of watching watching the price rise, shattering his predictions & entire intellectual brand.
What kind of professional economist wishes death and ruin upon people for investing in something he doesn't like?
The fear Bitcoin strikes in the heart of parasites living off government money printers is why it is unlike anything we've ever seen!

Tough philosophical question facing Bitcoiners:
If schadenfreude is wrong, is it wrong to take pleasure at someone's completely delusional sense of schadenfreude for being so completely misplaced?
Moment of revelation: @nouriel follows the diet advice of industrial agriculture marketing con artists who promote veganism & soy.
His hysteria, vindictiveness & emotional instability around Bitcoin are clearly the result of hormonal deregulation from soy. Pray for his recovery.

The problem with being a Keynesian high time preference propagandist is that you end up believing the bullshit you sell, becoming incapable of long term thinking beyond a few weeks. This IMF circus clown celebrates Bitcoin dropping to 10 times the price at which he said it'd die!

Correction: Roubini hasn't been mocking Bitcoin since it was $600. He's been mocking it since it was $58.
Imagine how short your attention span must be, & how strong your self-delusion, to gloat with vindication during every dip from $58 to $7,000. 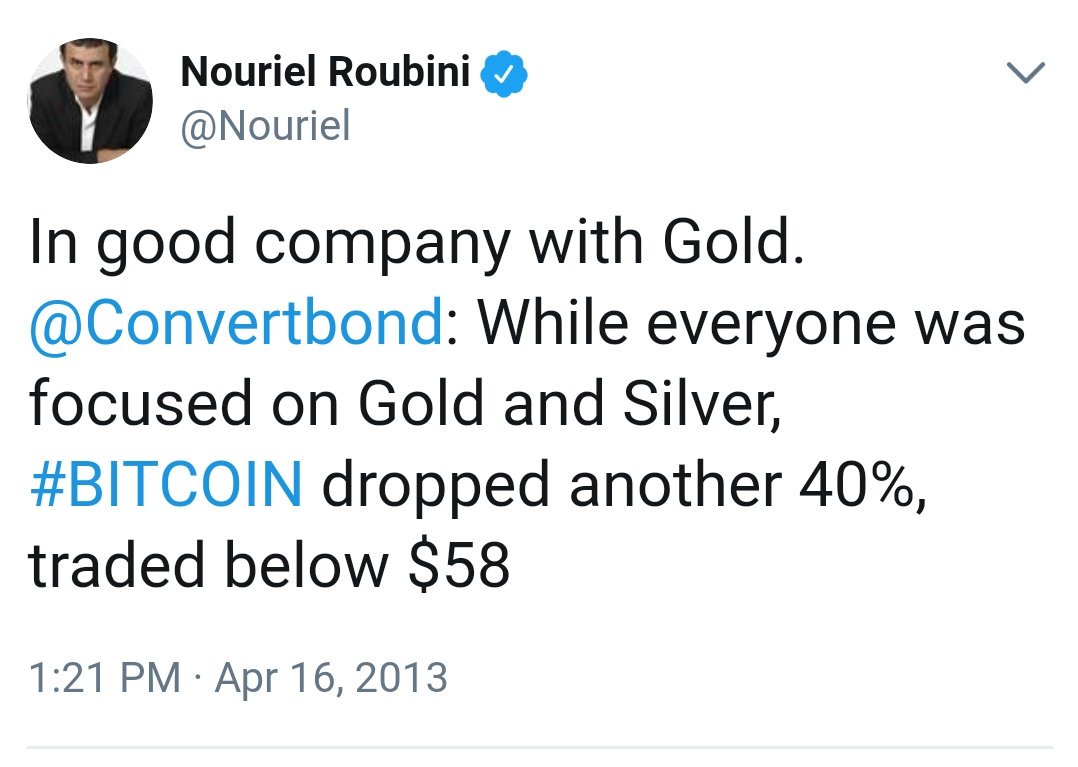 According to Twitter search, Roubini has tweeted 149 times about Bitcoin. If you bought $100 worth of Bitcoin every time he tweeted about it, you'd have spent $14,900 and would have 19.58 Bitcoins, worth around $137,000.
Long may his hysteria continue!
You can follow @saifedean.
Tip: mention @twtextapp on a Twitter thread with the keyword “unroll” to get a link to it.