Read on Twitter
During the 2015 election, Peter Mansbridge convinced the Canadian media consortium to ban CPC ads that included news footage, like this one. #cdnpoli Trudeau was always a clown, but the MSM elite wanted to keep you from learning that. Now you know.
2/5 Just prior to the 2015 election, Peter Mansbridge was upset by this @CPC_HQ political ad. So he emailed Jennifer McGuire, the CBC's editor-in-chief, demanding something be done to stop it. #cdnpoli
3/5 So the CBC editor-in-chief contacted the heads of Bell Media, Shaw Media and Rogers to organize a boycott of the political ad, and others like it. #cdnpoli You can read their emails here: https://www.scribd.com/document/242543668/CBC-Political-Ads-ATIP
CBC Political Ads ATIP

https://www.scribd.com/document/242543668/CBC-Political-Ads-ATIP
4/5 Even though CBC lawyers insisted news footage in political ads is allowed under statutory 'fair dealing' exemptions in the Copyright Act, the media consortium issued their decree: They would refuse to air political ads which they did not explicitly approve. #cdnpoli 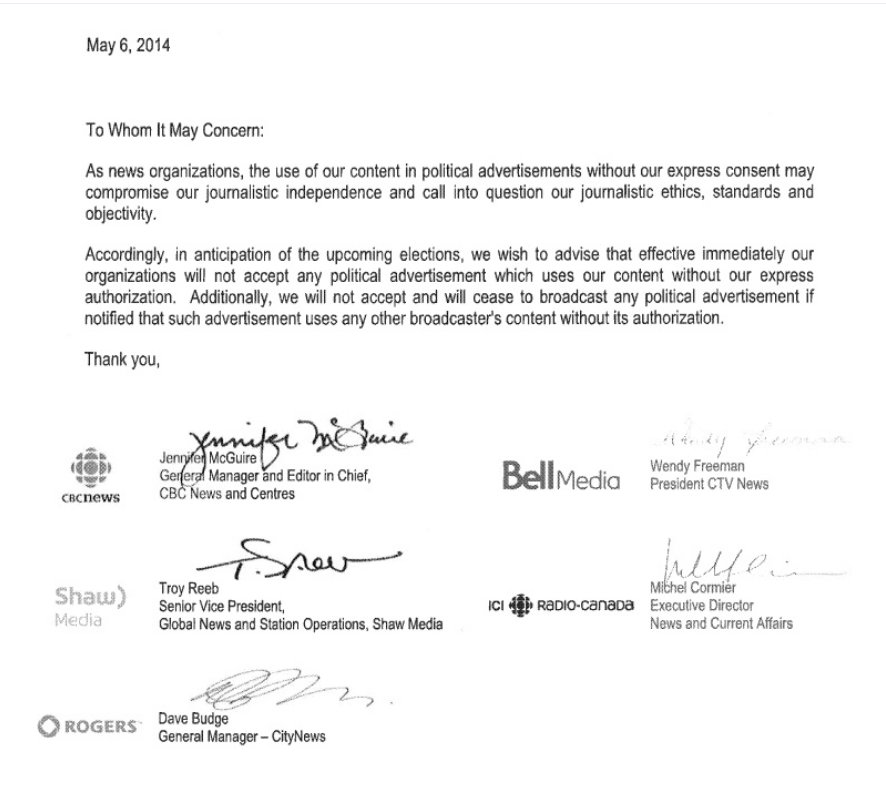 5/5 But the CBC-led media consortium was just plain wrong. Their decree was contrary to the Copyright Act, and their anti-competitive collusion was a probable violation of the Competition Act. Copyright experts like @mgeist noticed, and were
appalled. http://www.michaelgeist.ca/2015/06/cbc-seeks-takedown-of-conservative-ad-claims-no-one-can-re-use-its-news-clips-without-permission/
CBC Seeks Takedown of Conservative Ad, Claims "No One" Can Re-Use Its News Clips Without Permission...

Last week, the Conservative party posted an offensive advertisement on YouTube and Facebook titled Justin Trudeau on ISIS. The ad starts with ISIS music and images of prisoners about be drowned or...

http://www.michaelgeist.ca/2015/06/cbc-seeks-takedown-of-conservative-ad-claims-no-one-can-re-use-its-news-clips-without-permission/
You can follow @punditclass.
Tip: mention @twtextapp on a Twitter thread with the keyword “unroll” to get a link to it.