It is day 19 of Ukraine War. On Day 1, a mysterious convoy of 40 miles (64km) became stuck on the shortest road from Belarus to Kyiv. & while an obvious target for ambush, Ukraine did not destroy this convoy

Was a BRILLIANT tactical move 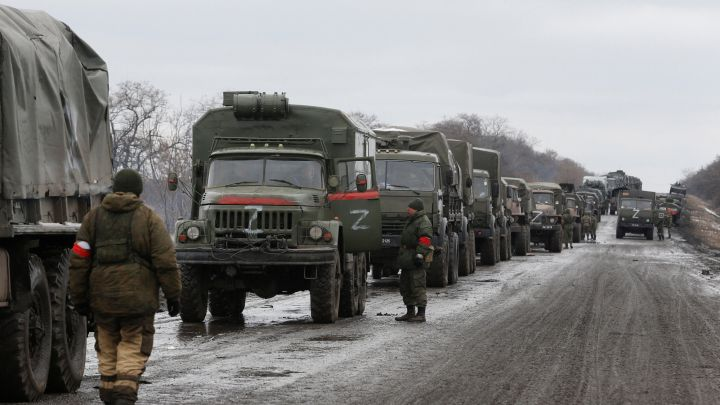 As so many, I was bewildered, why did Ukraine not destroy this 'sitting duck' convoy. And I studied it, and pondered the military strategy involved. After two weeks, I wrote my analysis: https://twitter.com/tomiahonen/status/1502588098777079808

In the comments to my Thread, we had excellent discussions. I want to write this follow-up to answer some questions, and to discuss military relevance of the disaster of the 40 mile convoy, perhaps Putin's biggest military blunder of the Ukraine war 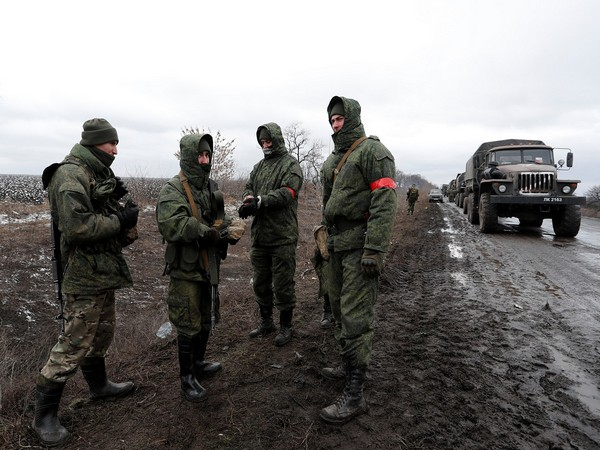 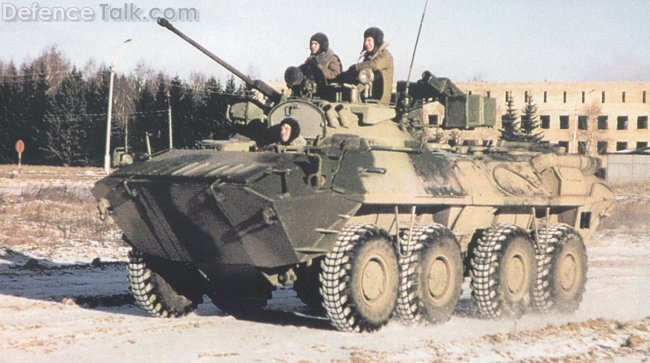 In terms of support troops, one such armored fighting vehicle and 12 men, for every 400 yards, of the 40 mile convoy. And in terms of vehicle interval, 8 supply trucks for every 1 armored car escort. All seem reasonable, in terms of convoy logistics 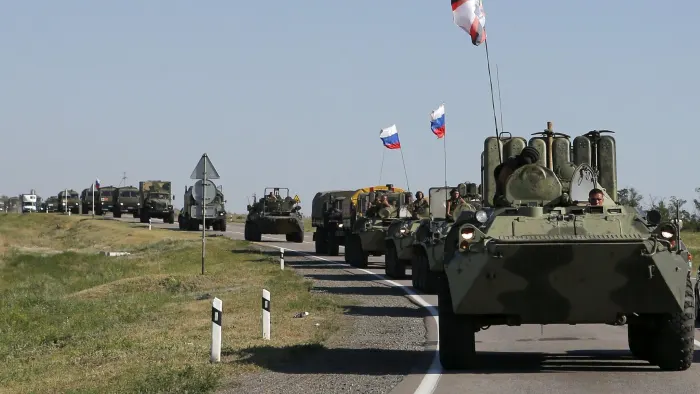 But understand, this convoy is not tanks. It is 1,400 heavy trucks, has 2,800 bus drivers, and protecting them a tiny detail of 2,000 infantry. This force of 4,800 total men could not defeat a Ukrainian girl scout camp. They are not a 'threat'. 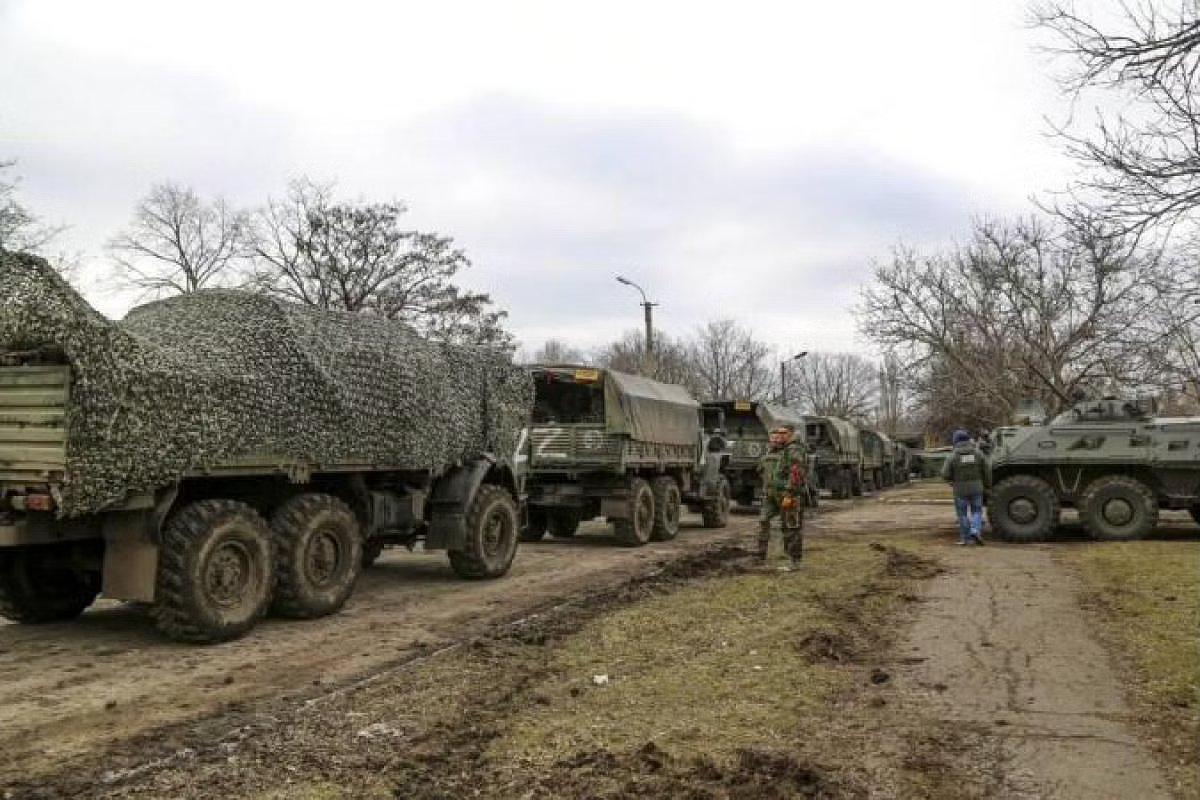 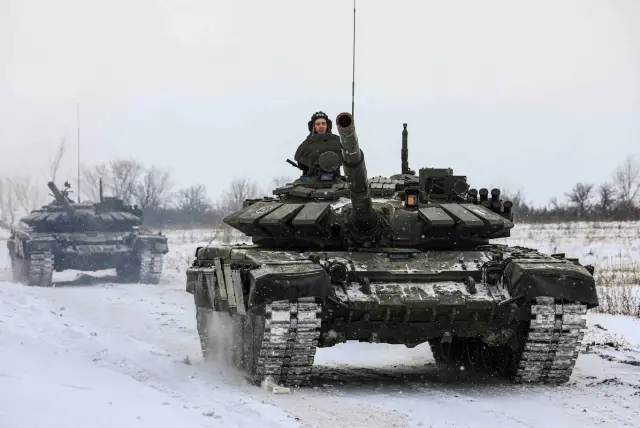 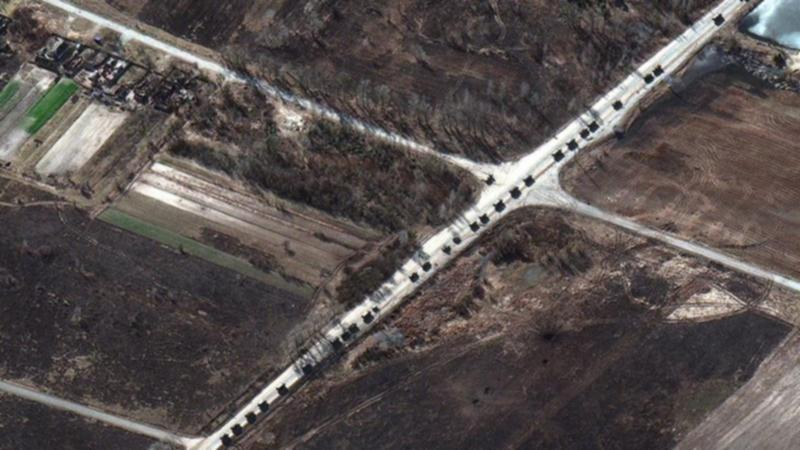 Some asked of alternate resupply. Yes. The moment a Russian General noticed his supply convoy is delayed, he would issue a command to ration supplies. This happened no later than Day 2. Conserve fuel food & ammo. That means MINIMAL MOVEMENT of armor 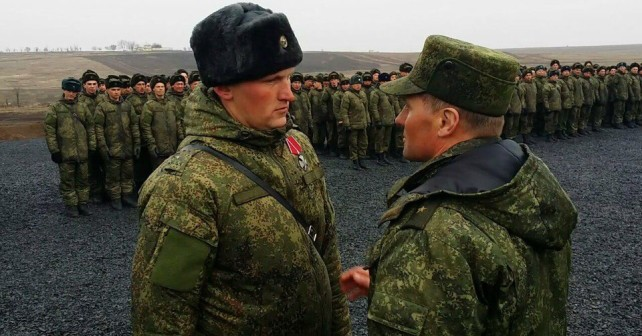 Next, as Day 3, Day 4, the supply convoy has not reached the troops, the Generals will demand urgent resupply of vital materials. This is not medicines. It is not food. The urgent resupply is DEFENSIVE ammunition, bullets, tank & anti-aircraft ammo 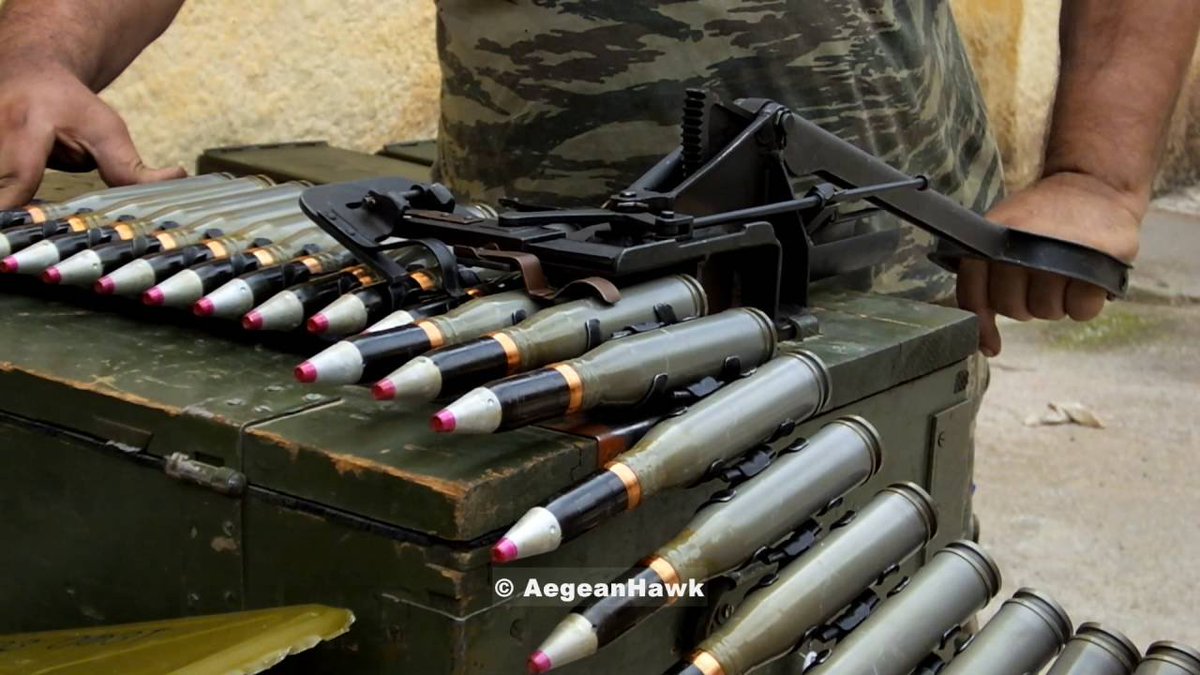 This urgent defensive ammo resupply happened daily by helicopter if necessary. The Russian soldiers never stopped fighting. The SECOND most urgent need was fuel. That they started to SCAVENGE from Ukrainians (diesel) & Russia sent what it could 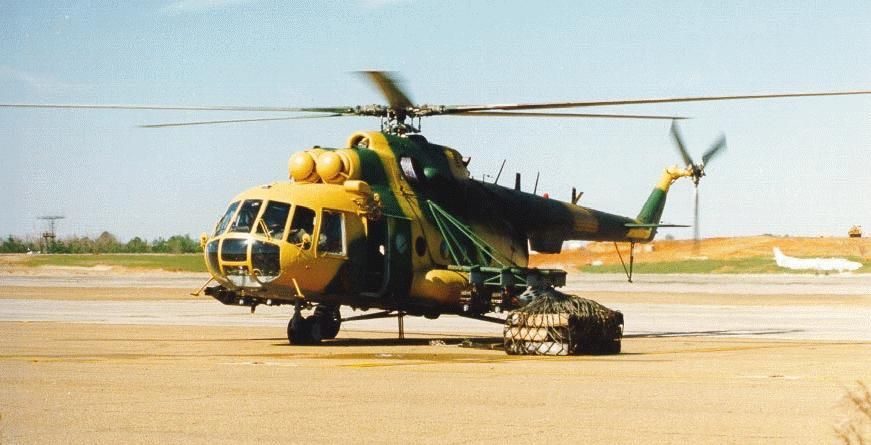 The third need is offensive ammo. Artillery and mortar rounds, bombardment rockets. These are ENORMOUSLY bulky and heavy. They HAVE to be transported by ground, by heavy trucks. With the intended convoy stuck, Russia HAD to bring REPLACEMENT trucks 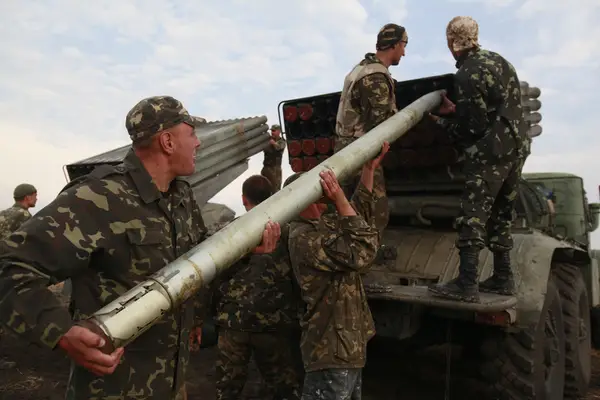 Food is almost forgotten & medical supplies, Russian army does not care too much about its casualties, so it is a low priority. When Russia noticed the 40 mile convoy is stuck they would start to organize alternative smaller convoys, on other roads 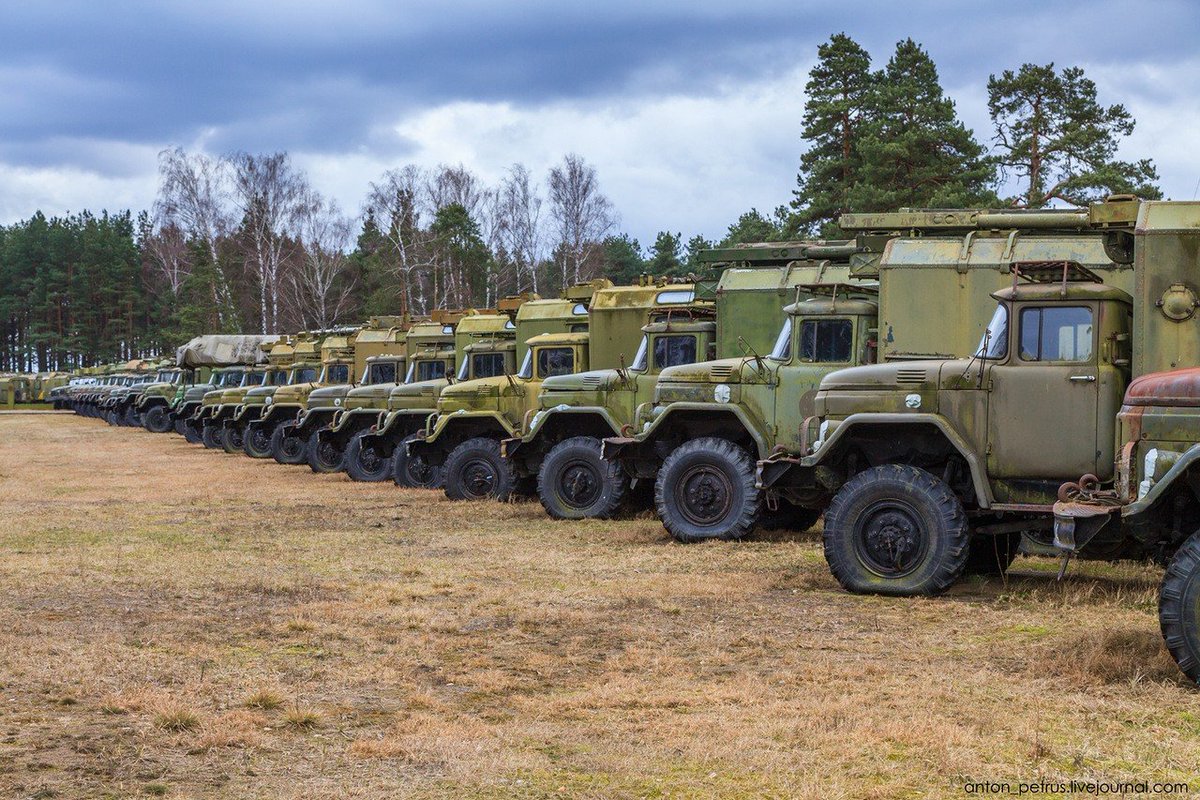 These replacement supply trucks have to come from active Russian military bases, 200 trucks appropriated from 7 nearest divisions, each, their total supply capacity, and driven to Northern Ukraine (through Belarus). About 2 days driving (empty) 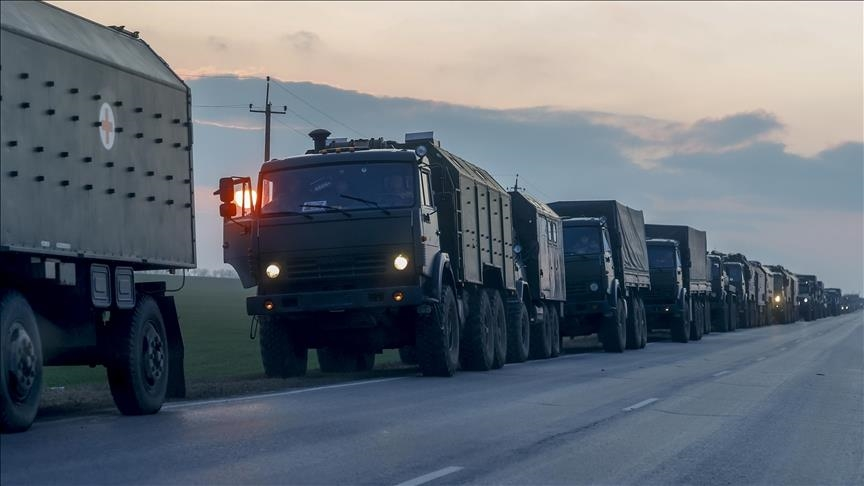 Because of the bad maintenance condition of Russian vehicles, some of those 200 trucks were not even able to start on the journey, and some broke down on the way. So maybe 150-180 trucks ARRIVED at Belarus-Ukraine border from each of 7 divisions

They have less trucks & have to run on longer routes, so the supply chain is FAR less capable of supplying the 7 Divisions in Northern Ukraine, than planned. Meanwhile Ukraine sees the activity on satellite images, and can ambush these NEW convoys 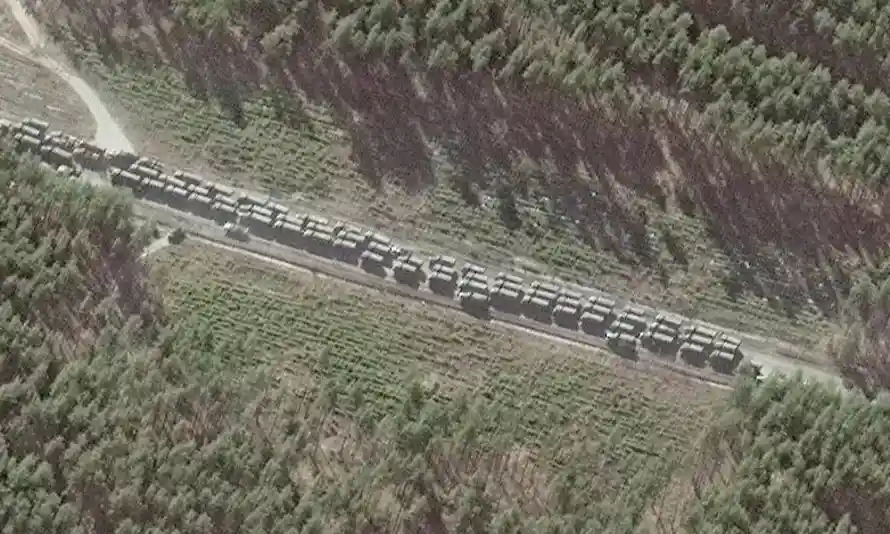 Russia will replace most, perhaps all of the resupply capacity they lost in this 40 mile convoy. But Putin was forced to issue the order to be 'self-sufficient' ie rob the Ukrainian civilians for food and fuel, two weeks into this war. 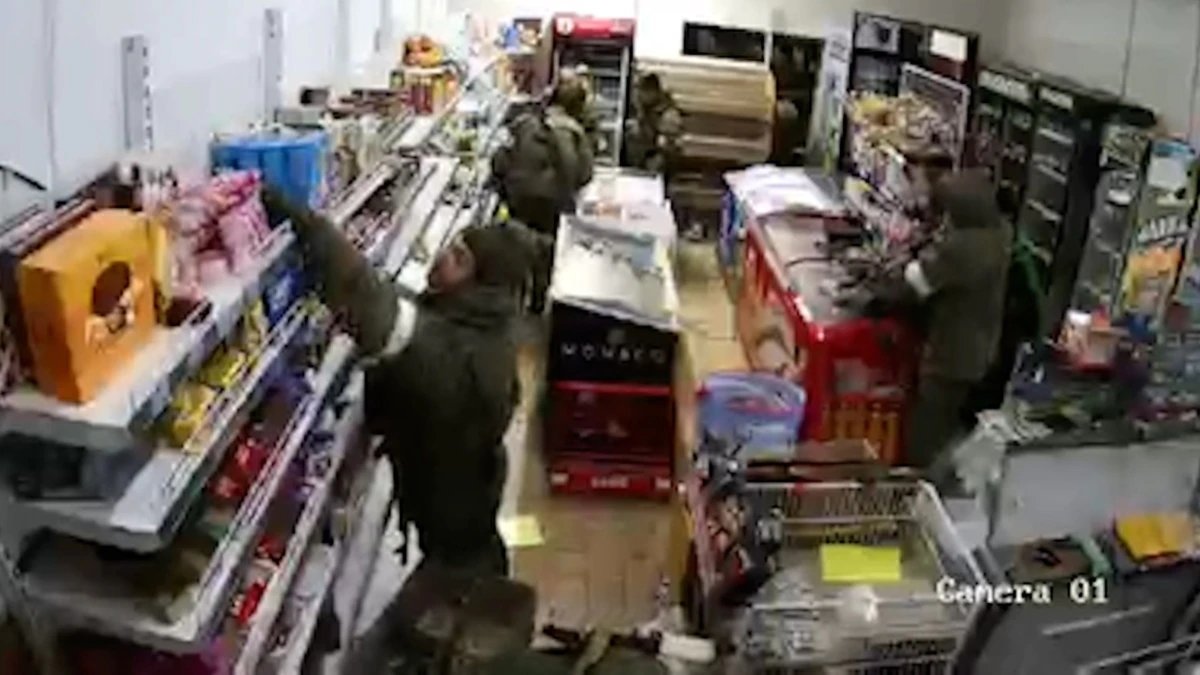 It means that rather than do full resupply from Russia, Putin will only send ammunition, and some fuel, and expects his Russian army to steal the rest of the fuel, and all of the food - & likely - that Putin knows, his tanks will not INVADE further 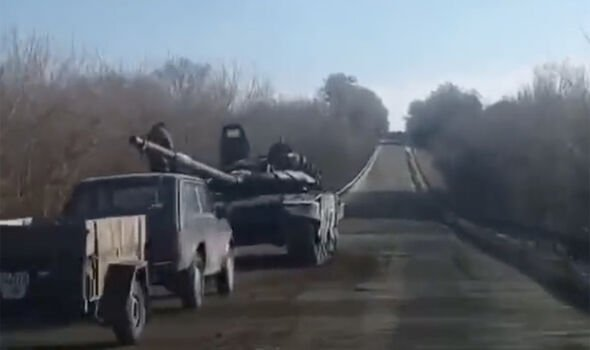 Which brings us to the evaluation of the blunder of 40 mile convoy. We know Russian armor and infantry reached Irpin, on NorthWest suburbs of Kyiv. But Russia did not encircle Kyiv (yet). It was one day of fuel to drive tanks from Belarus to Irpin 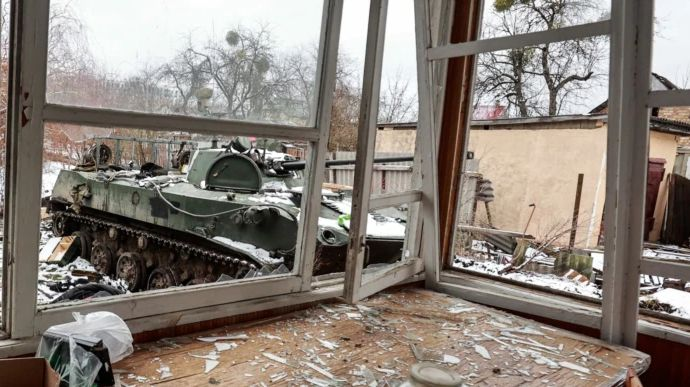 The designated refueling point was town of Hostomel (where Antonov airport is located). And this 40 mile convoy is less than an hour from Hostomel, the first trucks mere minutes from their destination, but unable to ever get there. 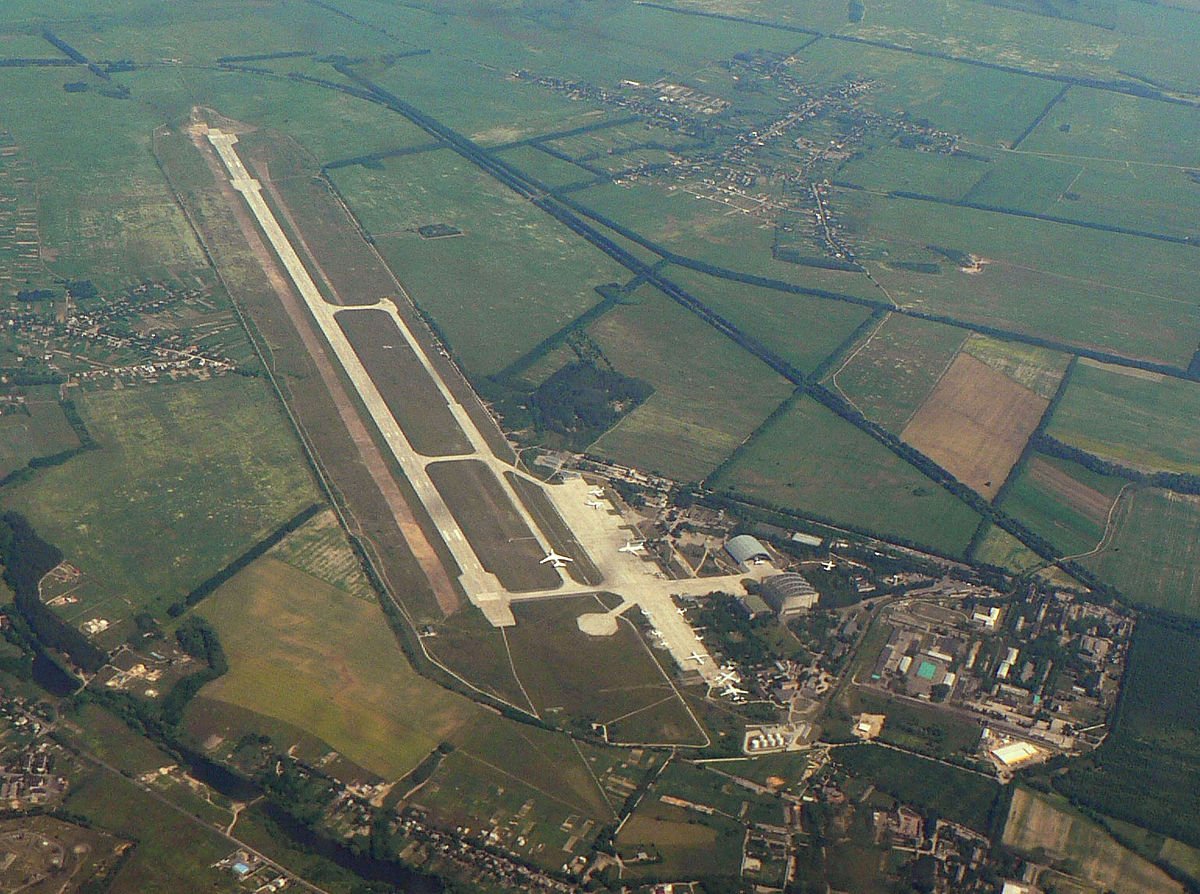 Let me explain how gargantuan this problem is, in terms of fuel. A Russian T 80 tank has 2,000 liter (525 gallon) fuel capacity. An BMP-3 armored vehicle 700 liters. To refuel ONE DAY of the 7 divisions outside Kyiv takes 2 MILLION GALLONS of fuel 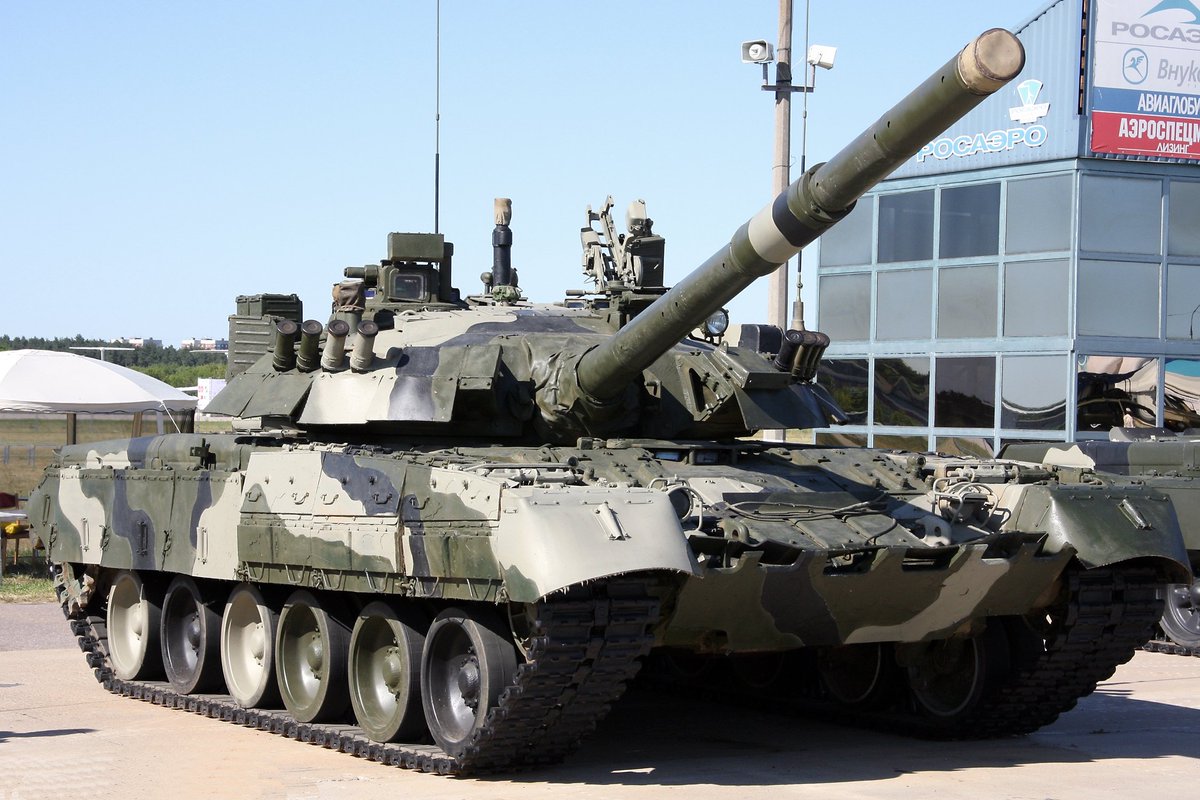 You know these railroad cars that carry fuel (30,000 gallons, 110,000 liters). It would take 69 such railroad cars to refuel the 7 Russian divisions FOR JUST ONE DAY, and they had run out of fuel 12 miles outside of Kyiv 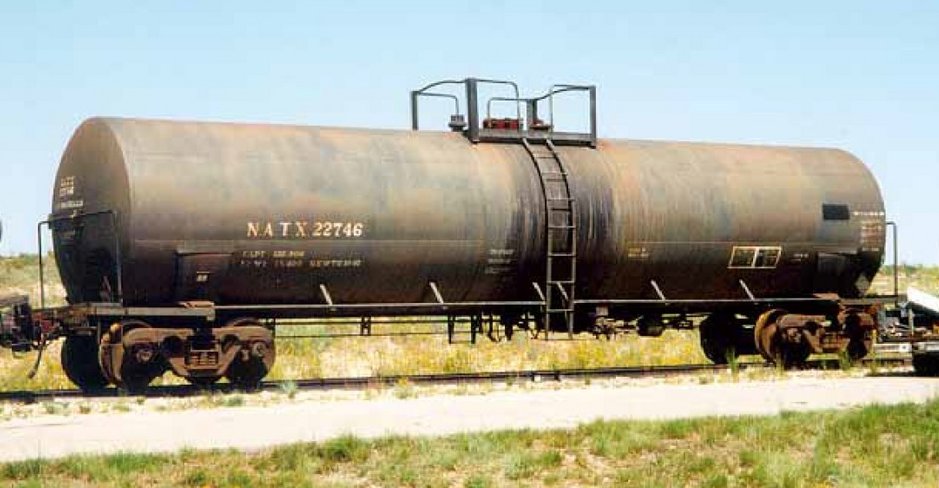 We know Putin WANTED to encircle Kyiv, because that is what he did in Mariupol, and has been standard Putin tactic since the siege of the city of Grozny in (Second) Chechen War. The tanks arrived to Irpin for ONLY this purpose. But ran out of fuel 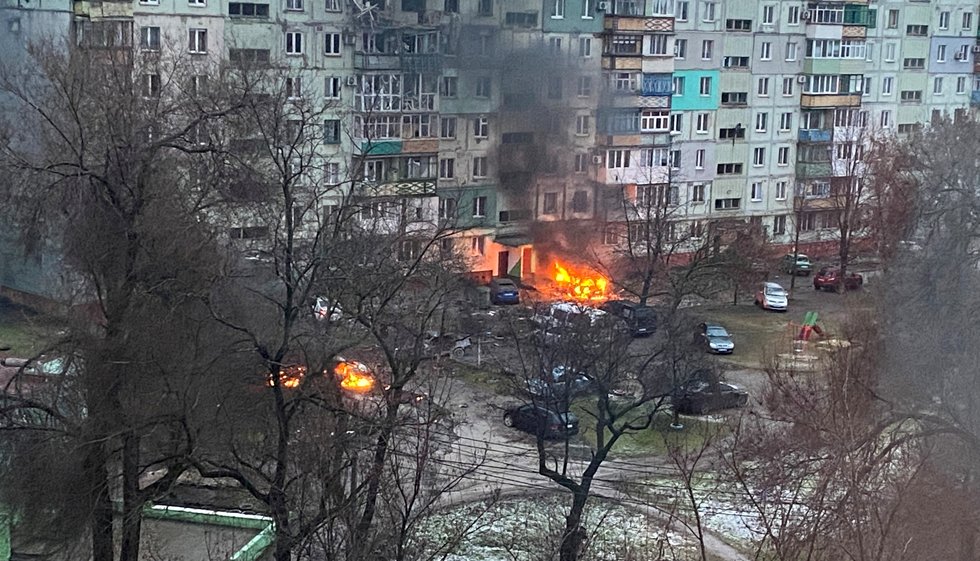 Because Russian armor & infantry is FIGHTING in Irpin & NorthWest suburbs of Kyiv, we know they drove there (from Belarus) which is one day of fuel. We know RESUPPLY fuel did not arrive (20% of those 1,400 trucks carry 2 million gallons of diesel) 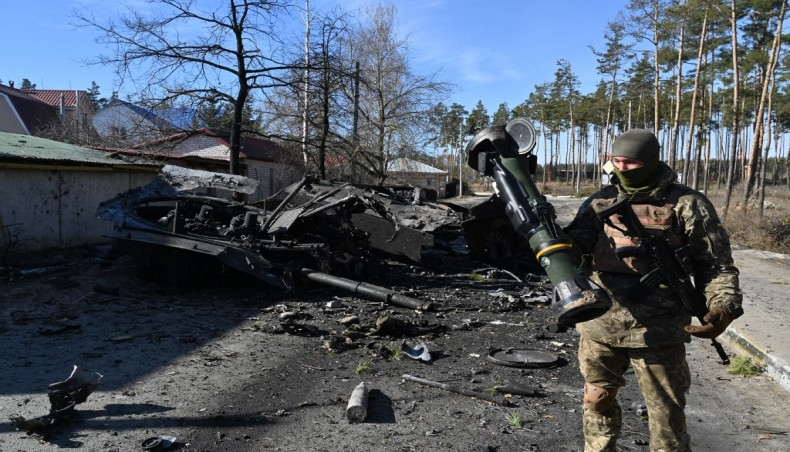 There is no sense in Putin fighting ONLY in NorthWest suburbs of Kyiv, unless he wants to either INVADE Kyiv (a suicidal military mission) or ENCIRCLE Kyiv to BOMBARD it to submission as he did in Grozny 1999, and is trying in Mariupol & Kharkiv 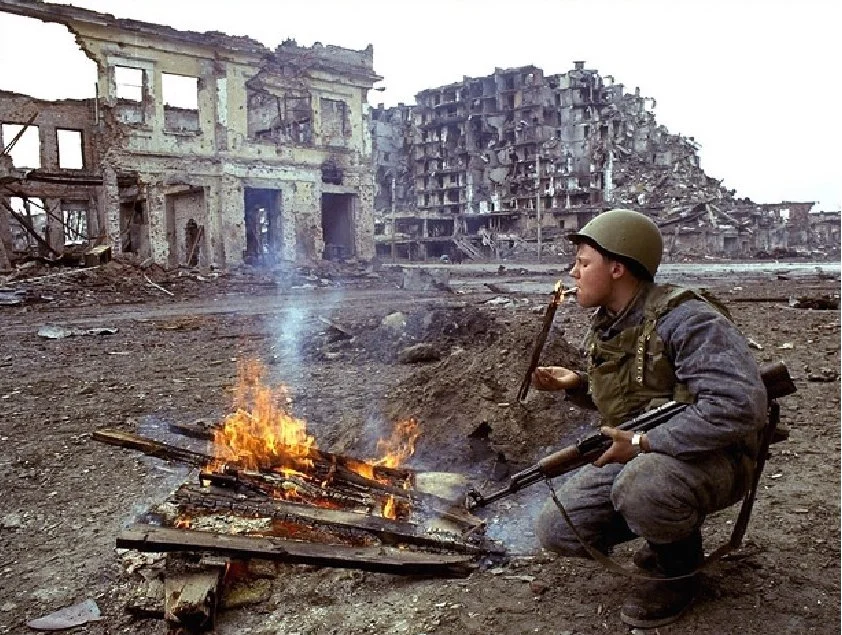 Now we get to the crux of it. Russian invasion planners f*cked up royally by placing all their fuel trucks in one basket, that 40 mile convoy. Ukraine played it brilliantly, by blocking that convoy before it reached Hostomel. 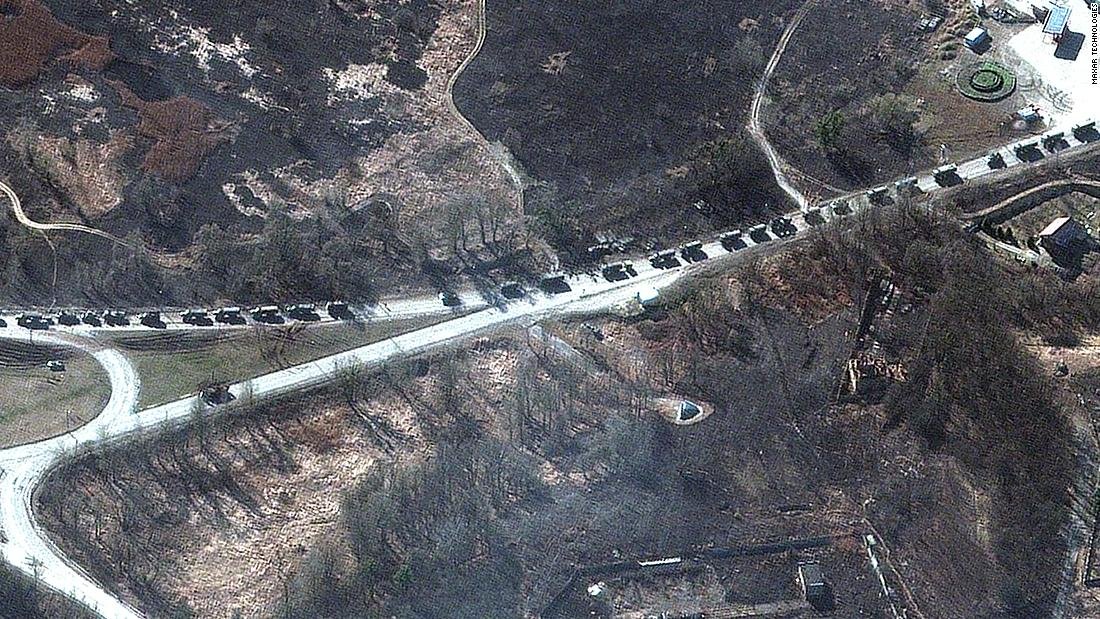 It takes JUST one day of fuel (2 million gallons) so that the 7,000 tanks and armored vehicles ALREADY 12 miles from Kyiv, can encircle Kyiv so Russia can lay siege to Kyiv - if there is not fierce resistance in those suburbs. Day 1 or Day 2-3 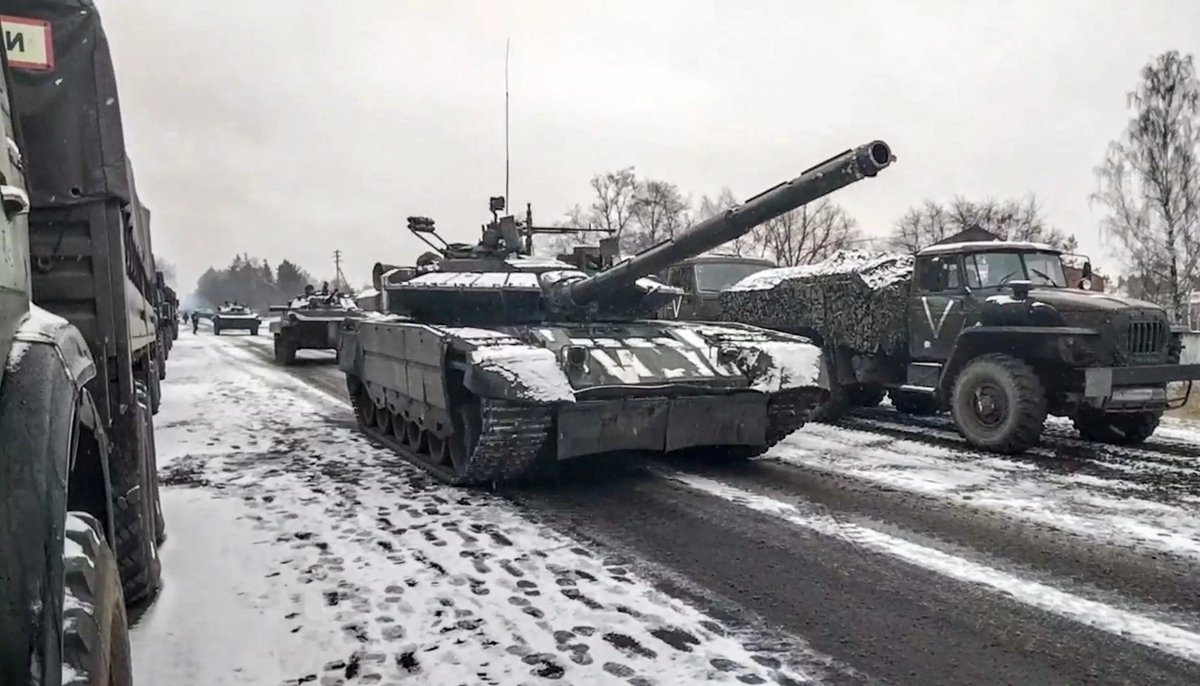 If Ukraine had destroyed the 40 mile convoy on Day 1 or Day 2, then Russian Generals would have URGENTLY organized total resupply to replace convoy from Day 2, latest Day 3, gotten resupplied by Day 4-Day 5, and proceeded to encircle Kyiv 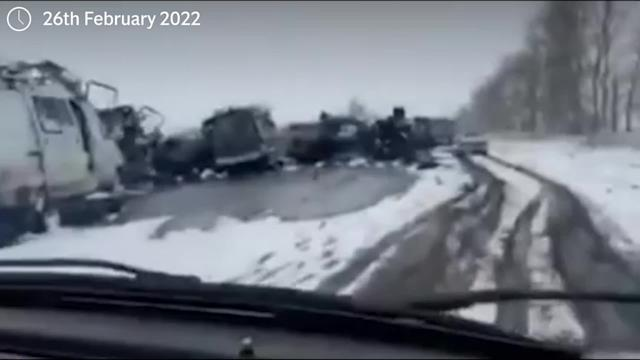 But because the convoy was LITERALLY one hour from the designated refueling place, when Ukraine did not destroy the convoy, Russians thought, they can get part of it to come through, and spent at least a week trying, including a portable bridge 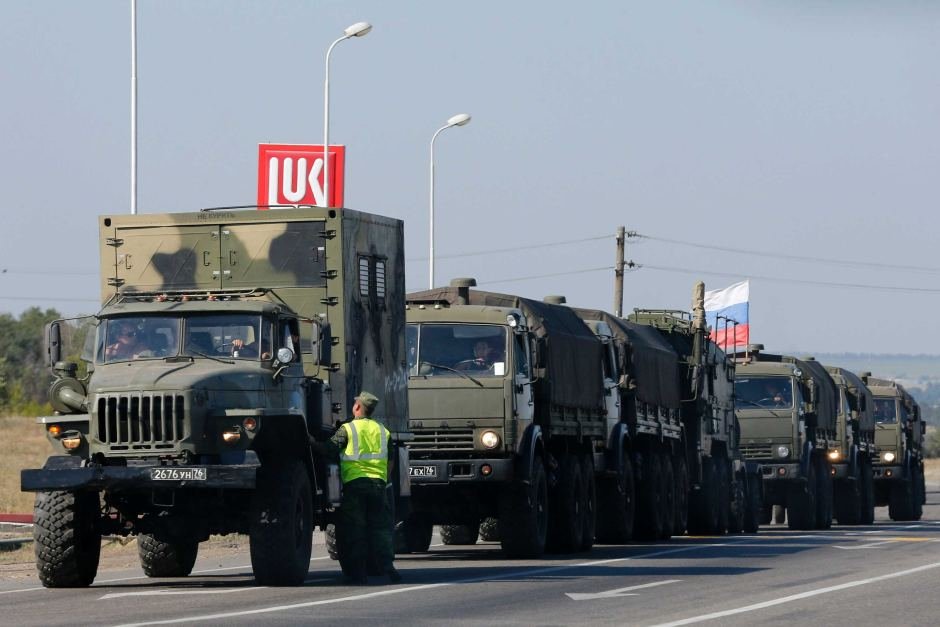 We do not yet know the outcome

It is looking increasingly likely, that Ukraine will be able to prevent Russian army in the North, from EVER encircling Kyiv. The opportunity seems to be lost to Russia

If so, this was a HUGE military victory 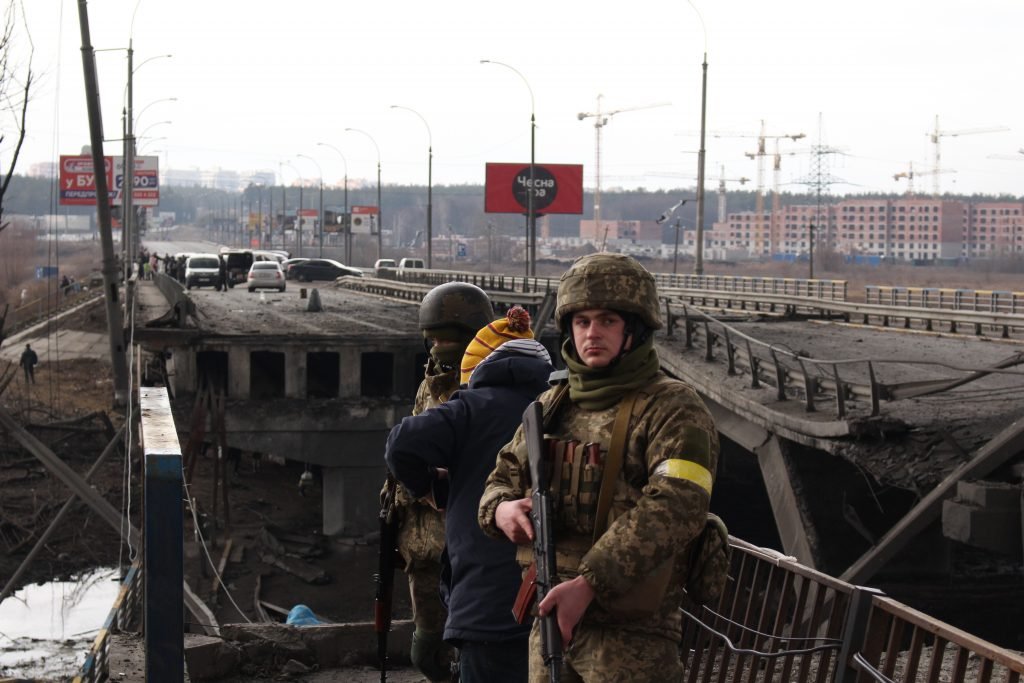 Because Russia IS 12 miles from Kyiv, in the NorthWestern suburbs, they can bombard Kyiv daily & nightly. But Kyiv is not surrounded, they are not in the horrible conditions of Mariupol, trapped without supply routes or escape routes.

Eventually we will know how long it took for the 7 divisions near Kyiv to be resupplied by new convoys. It SEEMS that wasted 2 weeks

If so & if Kyiv is never encircled, strategy to let the convoy survive, saved Kyiv & thousands of civilian lives 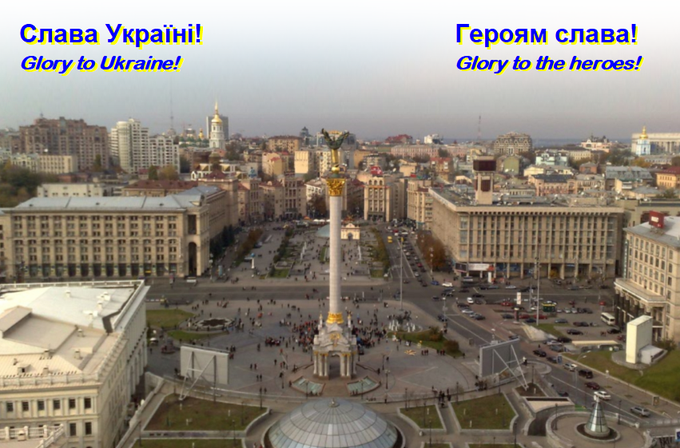 PS TIMING. It just hit me:

Why did the armored cars supporting the 40 mile convoy 'disperse' to nearby villages (and forests) on Friday. Villages?

THEY RAN OUT OF FOOD. They went into nearest homes to rob the Ukrainians of food, because their convoy food ran out Friday 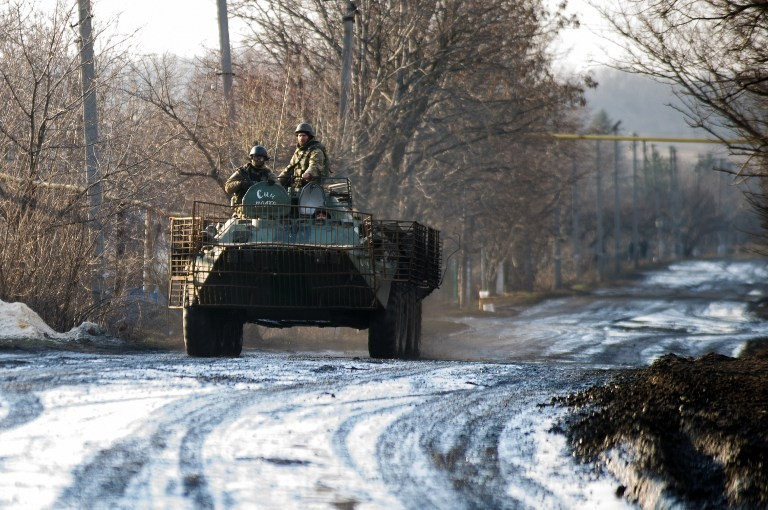 To all in this Thread:

THANK YOU. You have spread this Thread so widely, it has been read by over 600,000 people on Twitter in less than a day. That is close to 5 times my total reach. Thank you very much for spreading this analysis to your followers

Today BBC has story where Ukrainian General Knyazev, in charge of Kyiv defense, gives briefing. In it, he says Ukraine had attacked the 40 mile convoy, forced it to disperse (to take cover) and convoy is no longer a threat