Read on Twitter
SpaceX and the Polaris Program are hosting a press conference call with the crew of the Polaris Dawn mission.

Isaacman says the program is named after the Polaris constellation, "or the North Star, which has been used as a guiding light throughout human history to help navigate the world around us and the sky above."
Isaacman: "I'm incredibly passionate that we can make meaningful progress towards a world we all want to live in for tomorrow, while also working to address the challenges and hardships of today. For this, it does not have to be one or the other but in fact can be both."
Isaacman: "Each day, we see the commercial space industry bring science fiction to reality."
Isaacman says a major reason for the spacewalk is because EVA suits are "still far from rapidly putting on a helmet and suit to conduct operations outside of the safety of a vehicle or habitat," which is necessary if there is to be a permanent presence on the moon or Mars.
Poteet: I served 20 years in the Air Force flying the F-16. Most recently, I was one of the directors for Inspiration4 and I'm proud to be here for the opportunity to serve as the mission pilot for Polaris Dawn.
Menon: "I'm really thrilled and humbled to be a part of the Polaris Dawn crew and to represent our incredible team at SpaceX. I've worked for both NASA and SpaceX and in both places supported our astronauts in this mission. I'm excited to be on the other side."
Gillis: "I'm incredibly excited to bring back everything that I learn on the mission to how we train astronauts and support them in training every day" at SpaceX
Isaacman: Will determine later which of the crew will undertake the EVA.

Crew Dragon does not have an airlock and "I don't think it's contemplated to have one," but that's "going to be something that we're all going to want to gain a lot of familiarity with here at SpaceX."
Isaacman: The Polaris Program is fully-funded.

"This is a contribution from both SpaceX and myself towards the important goals we want to achieve with the Polaris program."
Isaacman: The Polaris Program is designed as "building blocks," with learnings from Polaris Dawn and more will "ultimately inform the timeline for future missions."
Menon: "There's a fantastic team of brilliant engineers working on the spacesuit and it'll be really exciting to work together as their design unfolds, and we'll be certain to share more details with you as we get to that point."
Gillis: For Polaris, "the suit that we're going to be designing will be a single suit that we would launch and then similarly use for the EVA."
Isaacman: The second mission will be decided based on learnings from Polaris Dawn and SpaceX's progress on Starship development.
Gillis: "There's gonna be a lot of development, for not only what the suit looks like but then also how it will be tested. It will be certainly an extensive testing program and verification effort, but we'll share more specifics when we get there."
Isaacman, asked about how the Polaris Program is split with SpaceX is financially, says "we're not going to get into specifics on all the contributions ... I think this should be eye-opening as to what can be achieved through private funding."
Isaacman: "On the funding, I'm really not going to comment on that." Got the same questions on financing for Inspiration4.

"We know space is expensive."
Isaacman: "In terms of the altitude ... we're endeavoring to fly to the highest Earth orbit ever flown ... so if you reference the Gemini mission, that'll give you an idea of what we're targeting."
Menon, on likely flying to space before her husband (NASA astronaut candidate Anil Menon): "We are just both really supportive of each other's aspirations and really excited to support each other as we both go through these individual endeavors as a family."
Gillis: "This mission is definitely going to be incredibly exciting for the new training that we do need to put together to support the mission. We'll be learning along the way when we are developing the suits, and it will help define what we'll do for EVA training."
Menon: Since there is not an airlock on Crew Dragon, the whole crew will be exposed to the vacuum of space for the EVA.
Menon: "There are a number of things in place to help protect the crew for radiation exposure while in space, including both vehicle emission design including the spacesuits and the operations that we perform." Will be measuring radiation during the flight.
Isaacman: "If we achieve our objectives on Polaris Dawn and don't disappoint, I'll have the opportunity to participate in future Polaris missions."
Gillis: "I certainly can't speak to what the future holds" for the SpaceX astronaut corps, but think "this is the exciting first step."
Isaacman says he has been having conversation with SpaceX about more spaceflights "for some time," and "certainly things got a lot more in depth after the return of Inspiration4."
Isaacman: "Am I addicted to spaceflight? I've obviously loved aviation and aerospace my entire life and I just feel incredibly fortunate to really be almost a fly on the wall with everything that SpaceX is accomplishing and what they hope to deliver."
Isaacman: "We've announced our crew for Polaris Dawn, so we're not anticipating any seat raffles" like with Inspiration4, "but we already have an incredible, incredible team."
Menon: My husband [Anil] had just been selected as a NASA astronaut candidate and we just told our 4-year-old son that he was going to be an astronaut, and our son's first response was: "Mama, when are you going to be an astronaut?" 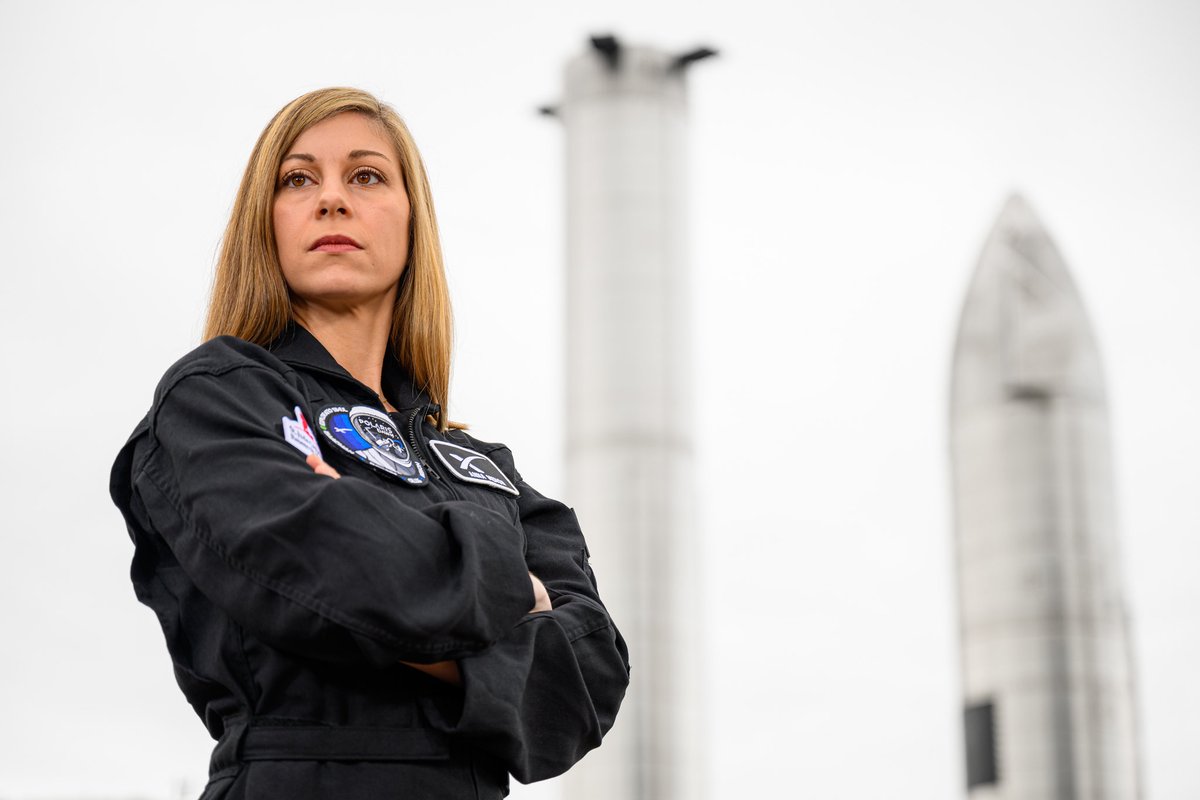 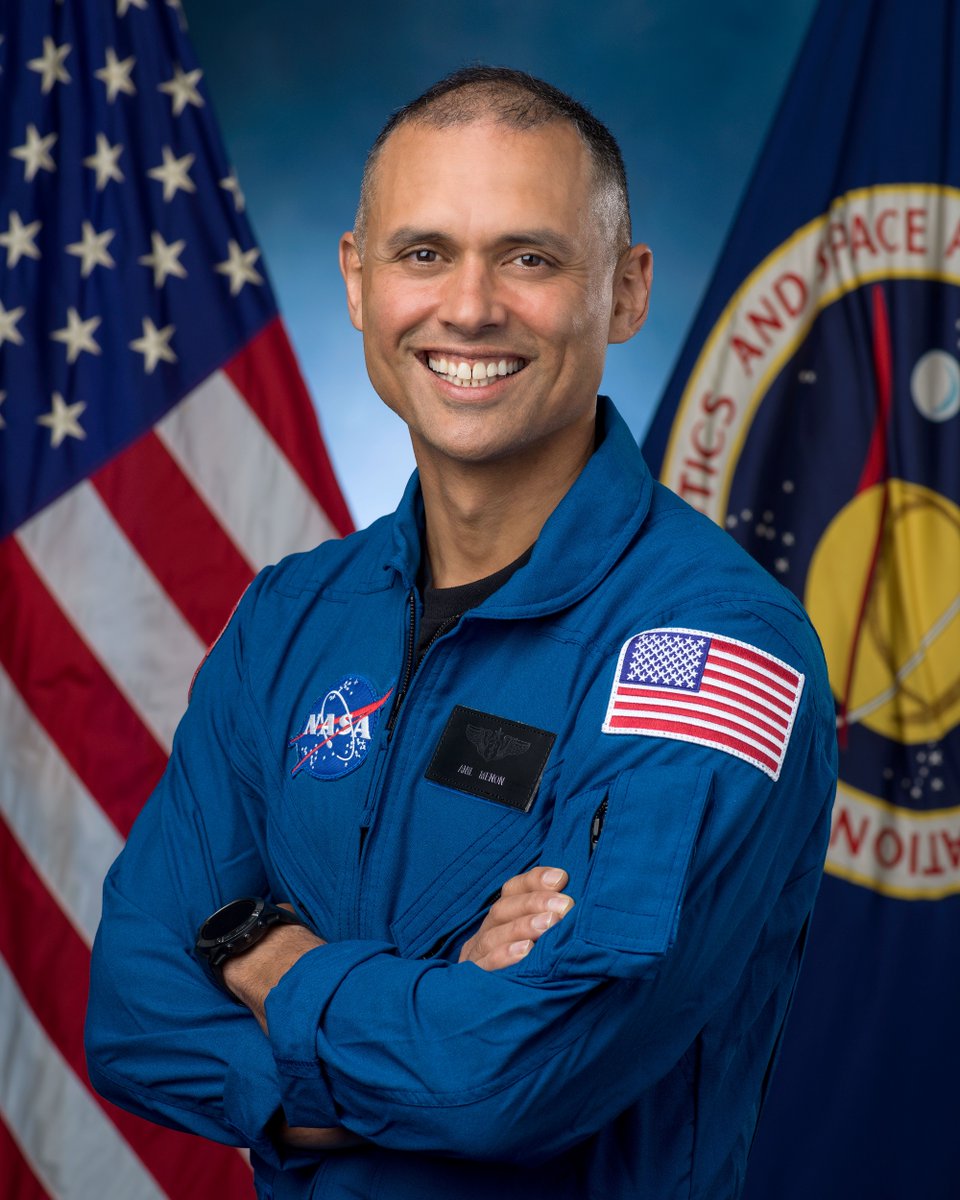 Menon: "Fast forward several weeks ... and I got called into a meeting with Jared ... and during the course of that conversation, he suddenly asked me: "How would you like to go on this next mission with me?"
Gillis: "I had a probably pretty similar experience to Anna – called into a meeting under some false pretense and walked in and Jared was there and kind of just popped the question. I was really, really shocked ... ultimately incredibly excited to be here."
Isaacman: "I haven't had any conversations" with Yusaku Maezawa about the dearMoon Starship mission but "it sounds incredibly exciting."
Isaacman: The idea is to gain "an awful lot of experience with Starship" in low Earth orbit first with missions for Starlink, cargo, and other payloads ... "that will hopefully just better inform dearMoon when the time comes."
Isaacman: Part of the Starlink testing on Crew Dragon for Polaris Dawn is to "open a lot of other opportunities for additional video livestream sessions," as Inspiration4 was "limited" due to ground station coverage.
Isaacman, wrapping up the presser: "Perhaps one of the most important points to reinforce here is the overwhelming belief that we have that we can make progress in space for tomorrow."
Isaacman: "History has shown that a lot of the great innovations that have happened in furtherance of human space exploration have made a powerful impact here on Earth, but we can do that without ignoring some of the real challenges and hardships we have here on Earth today."
Polaris Dawn crew press conference ends.
You can follow @thesheetztweetz.
Tip: mention @twtextapp on a Twitter thread with the keyword “unroll” to get a link to it.