Read on Twitter
To say yes and no in one sentence?
No mention of pollution, water depletion.
Instead praising the god of electrification.
Which doesn't decarbonise at all
This is how #decarbonth looks like

There is real degrowth:
https://bit.ly/34wdoUd 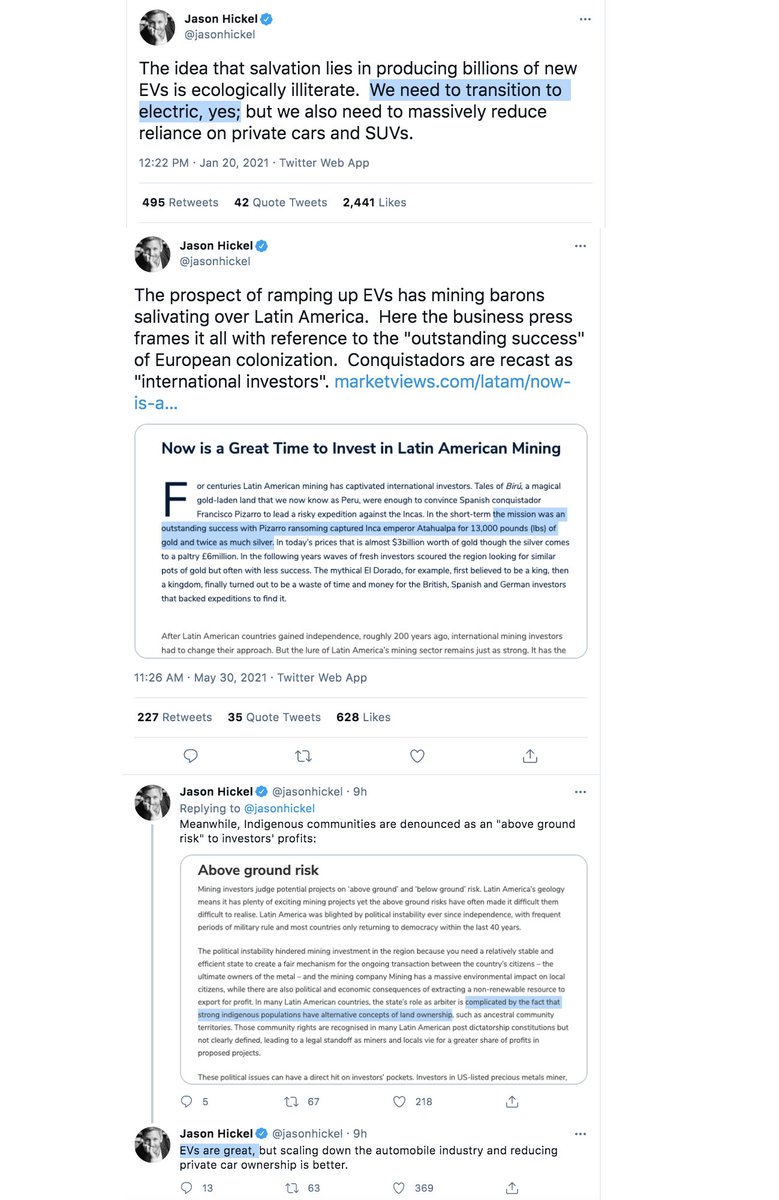 Writing to people working for Billionaires For Future makes sense.

However, keep in mind there are hundreds of them.
Massive greenwashing & decarbonth network of human bodies.

Their goal is simple:
to destroy Thacker Pass and life on Earth for profit.

"All I wanna say is that, they (Billionaires For Future) don't care about us"

Promotion bikes and promotion phrases like "electric cars are great"

Is all that Billionaires For Future politics is doing

To stand up & say:
Car culture kills the planet starting from Electric cars

This is position, not fake activism

You are fake. You serve billionaires.
if you don't get how it works:

and 1 for bikes (simplifying)

what gonna be the outcome? 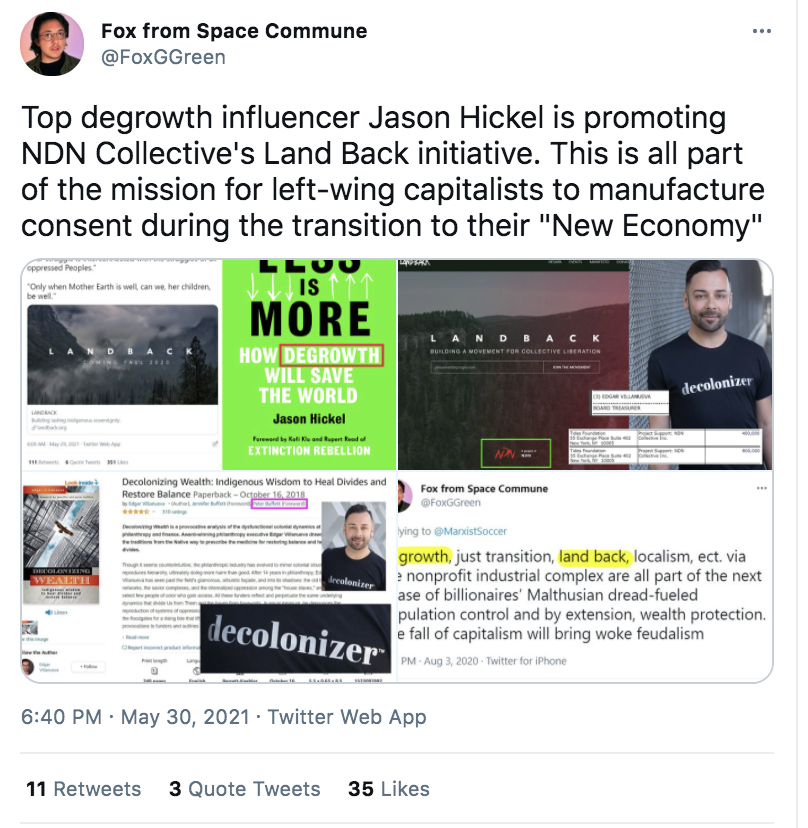 How the "fight" with mining is going?
3 posts a week under #EndEUExtractivism
from 180 orgs who signed petition!

Check the chart is it really so:

there are No good renewables.

simply because there are no renewables at all.

all of this is dirty shite. and you know it clearly.
Another "fighters" with mining spotted meanwhile promoting Heavy Mining & Extraction.

Another mining "fighter" organisation is heavily pushing renewables.
As u can see from above chart in the thread it means:

There're ways to reduce usage of minerals.
But they promote the increase...

You can find about never ending coal growth and BFF in action in this thread and its sub-threads: https://twitter.com/EarthManat/status/1400916582524665861

Real Degrowth,
not Fake as #BrightGreenLies at the very top:

Real Degrowth,
Sharing is New Having:

There's no magic recycling: it's work, it's energy dense. There's no eternal engine.

Reduce is the first step. 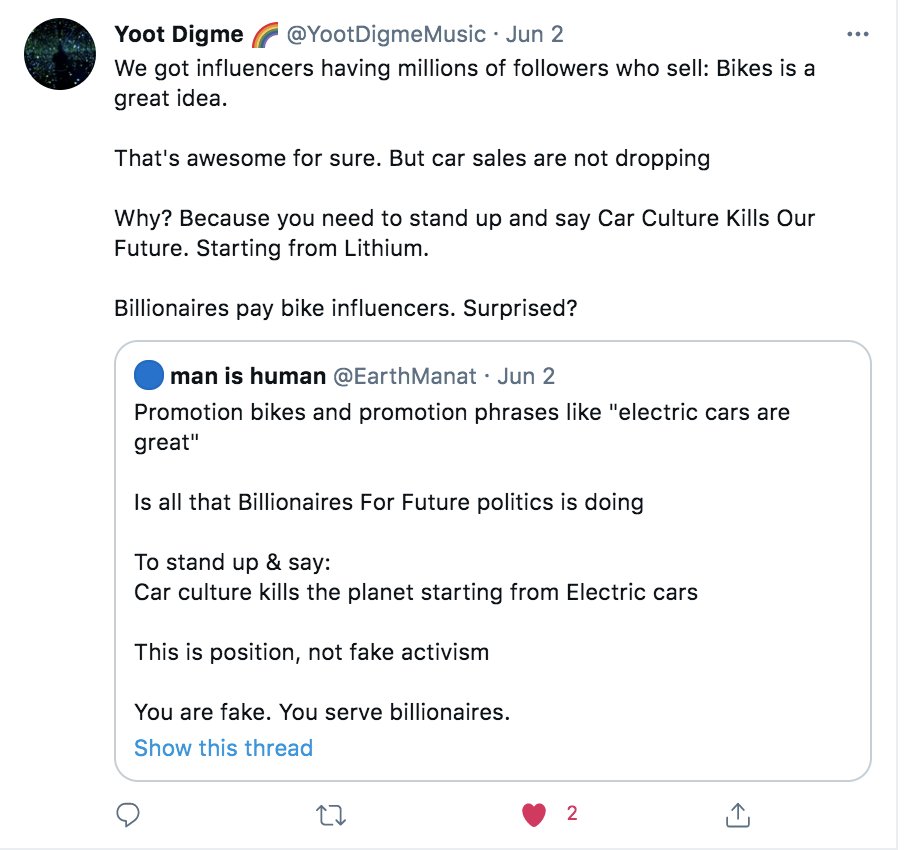 Jason, lower your appetite, please.
There's no abundance of crypto in the world! Thread: https://thedailyswitch.com/culture/extinction-rebellion-which-nikita-jacob-claims-is-behind-the-toolkit-is-allegedly-funded-by-george-soros
Extinction Rebellion, Which Nikita Jacob Claims Is Behind The Toolkit, Is Allegedly Funded By...

It's becoming clearer by the day that the toolkit wasn't the handiwork of some 21-year-old climate activists -- major international names were likely involved. Nikita Jacob, who has a non-bailable...

You can follow @EarthManat.
Tip: mention @twtextapp on a Twitter thread with the keyword “unroll” to get a link to it.