........'dispatchability' is a little complicated
A battery is a technology you can dispatch. That means asking for more MWs, and fewer MWs.

A wind farm: you can ask for fewer (curtailment) but not for more (except in tiny amounts for grid balancing)
The Kaban energy hub, the project Pitt personally intervened in blocking funding for because it made him feely yucky, includes both technlogies: 157 MW of wind, and a 100 MW battery. https://reneweconomy.com.au/keith-pitt-vetoes-federal-funding-deal-for-wind-and-battery-hub-in-queensland/
Keith Pitt vetoes federal funding deal for wind and battery hub in Queensland

https://reneweconomy.com.au/keith-pitt-vetoes-federal-funding-deal-for-wind-and-battery-hub-in-queensland/
So does that make the project "dispatchable"? Well...sort of, but not in the same way a coal plant or gas plant is.

It all depends on the 'depth' of storage. 100 MW = the width of the spout. But the MWh - the quantity of energy - is the volume of the container.
Even very large batteries are not designed to turn wind farms into thermal power stations - that is, the energy stored is exhausted pretty quickly.

*That* is why Keith Pitt is setting up this standard - so he can knock it down easily, because he's assuming the wrong function.
In our heads -and I get why this is - we imagine storage working the same way as coal chunks and gas bottles. But high wind/solar grids don't work like that - you get way further by creating a 'flexible' system instead.

See - Alan Jones when Musk flew down to SA in his jet to plonk a few big batteries next to Hornsdale. https://www.theguardian.com/commentisfree/2017/jul/12/commentators-who-dont-understand-the-grid-should-butt-out-of-the-battery-debate
Commentators who don't understand the grid should butt out of the battery debate | Ketan Joshi

https://www.theguardian.com/commentisfree/2017/jul/12/commentators-who-dont-understand-the-grid-should-butt-out-of-the-battery-debate
So.....yeah. Keith Pitt is obviously setting up an unachievable standard so he can basically continue vetoing whatever he wants.

But it's also kind of a false debate? Because it isn't 1:1 solar/wind + an equal capacity of storage.
If you want a great example of where (imo) the balance isn't really being struck well, go have a peek at California, relying *very* heavily on massive Li-ion batteries instead of a healthy mix of good grid control and planning (and demand response...) 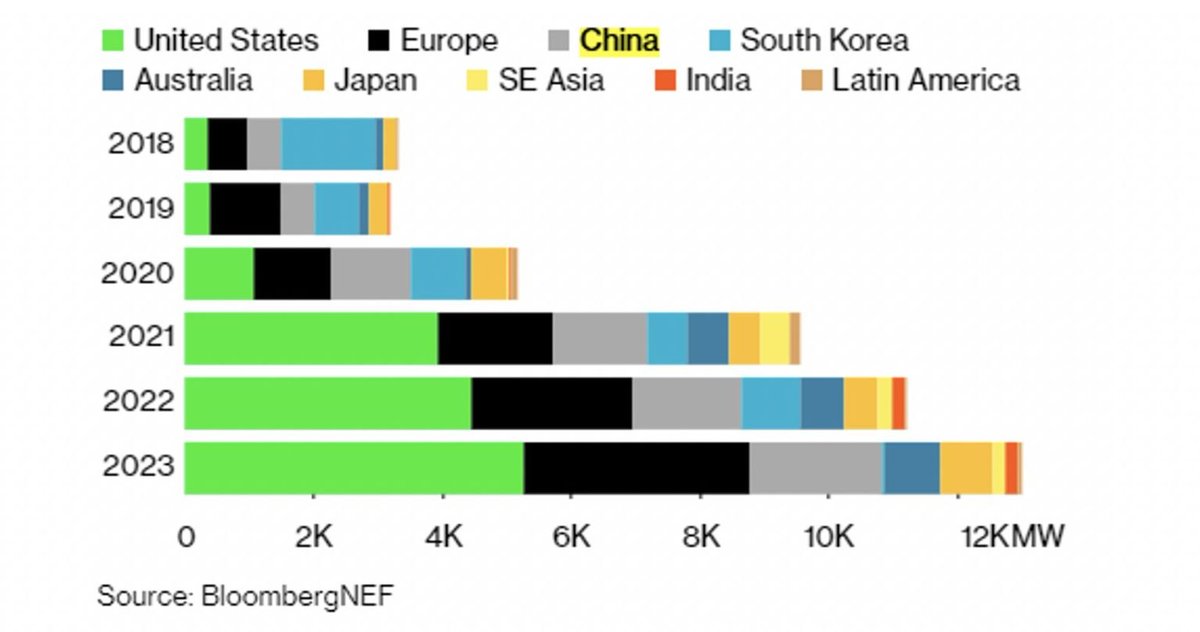 And one other problem here: we have a bad habit of assigning characteristics to either individual projects or technologies. "Coal is reliable"; "This project is dispatchable", etc.

But this is an outcome of grid design - it involves how these things interact with each other.
Anyway, the good folks at @NEOEN_Energy explain exactly what the BESS (battery energy storage system) at Kaban is meant to do. It's straightforward: peak demand energy and assisting with grid stabilisation in QLD. 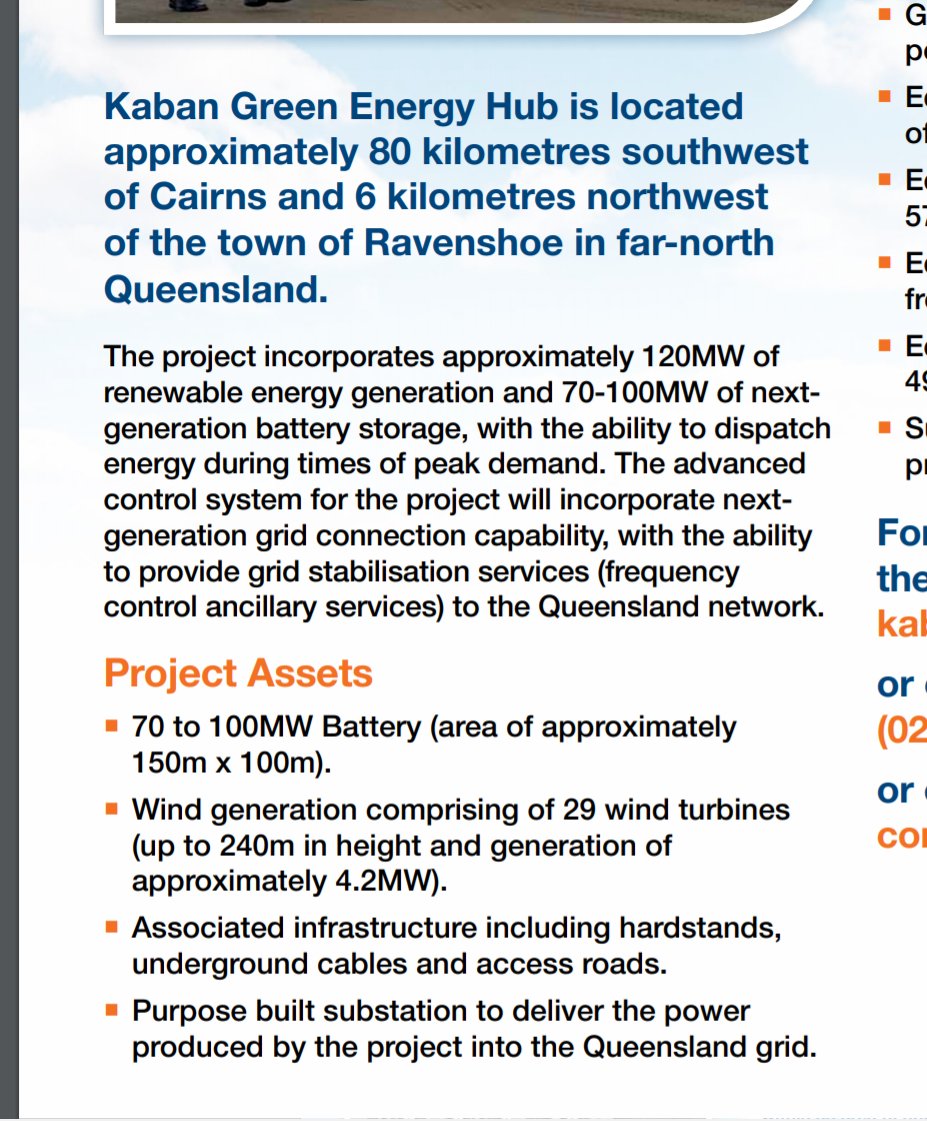 And since we're on the topic.......Kaban's also intending to provide direct $$ to project neighbours, in addition to a community fund. So good on @keithjpitt for working to stop this horrific wrongdoing. 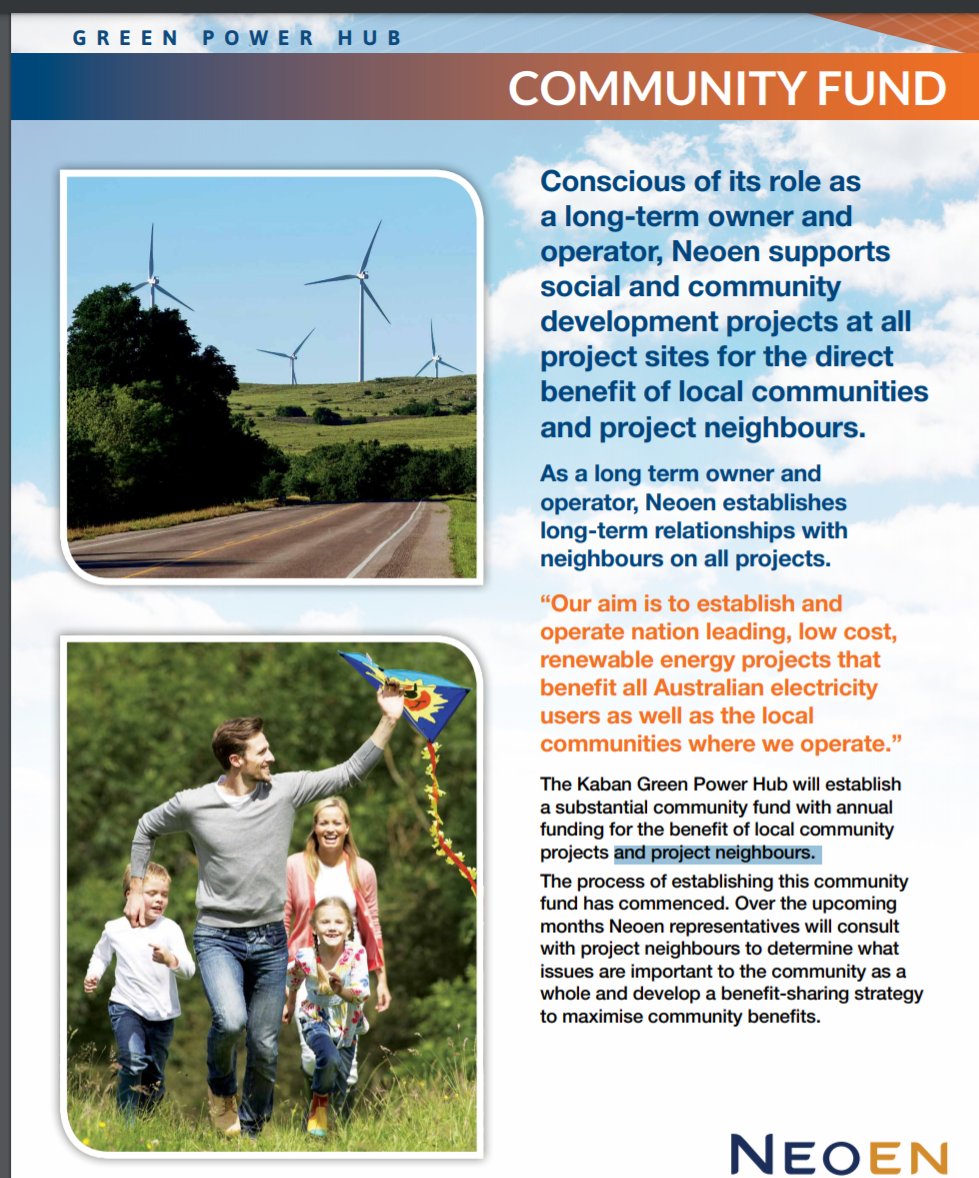