The Zoom call began just after 10am. The bearded face on the computer screen from Kensington Palace was His Royal Highness Prince Michael of Kent and on the cream sofa in Cirencester was his close

https://www.thetimes.co.uk/article/facf7912-b00c-11eb-b844-593e41a4a1a5?shareToken=50da9bab4d423541b1cef36806fbc8e8
Prince Michael, sitting in Kensington Palace out of which he sells access TO the Russian regime, thought he was talking to a South Korean firm about investments in gold on a Zoom call.

He was talking to two reporters.

What follows suggests grave questions about the Monarchy. 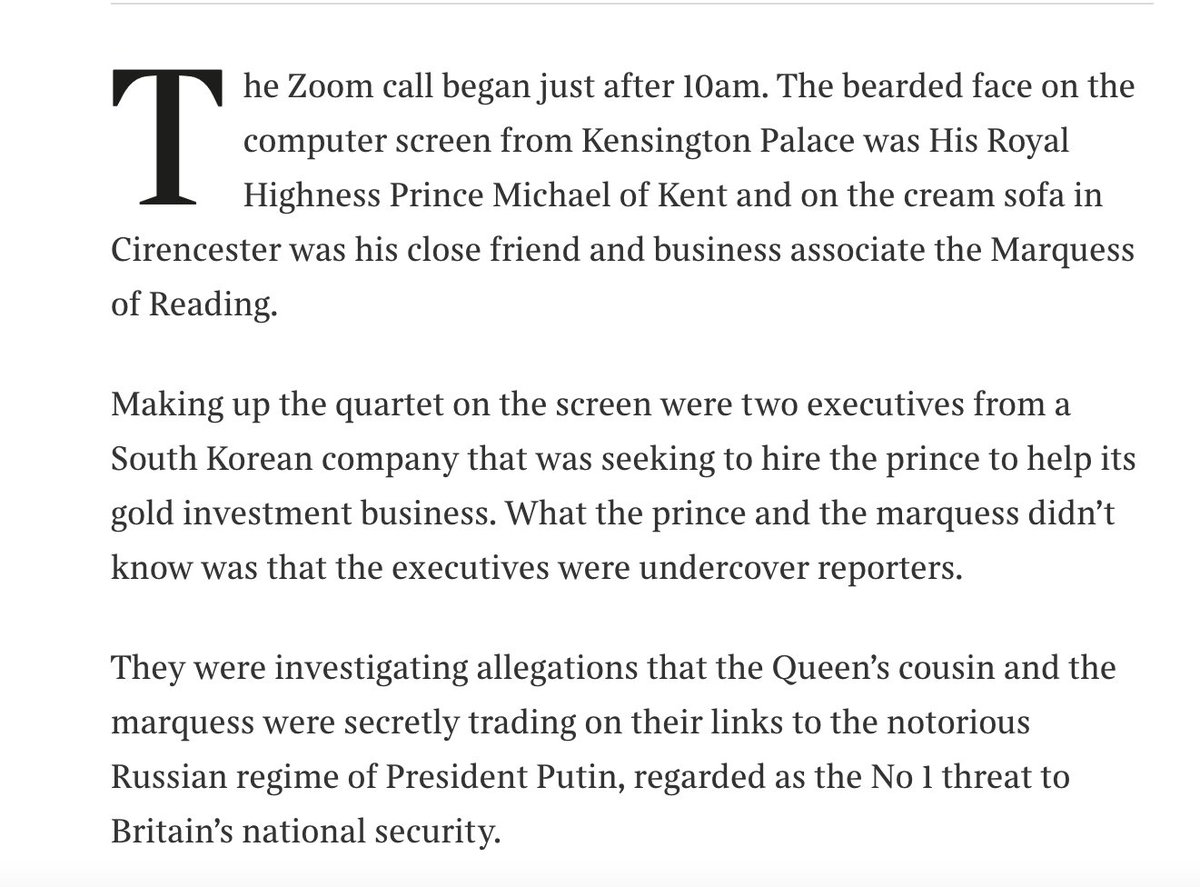 Prince Michael was awarded the Russian Order of Friendship by "Putin's Puppet" President Medvedev. (This is the same "honor" given to Rex Tillerson.)

He and his business partner, Lord Reading, use this connection to connect businesses with Putin for millions. 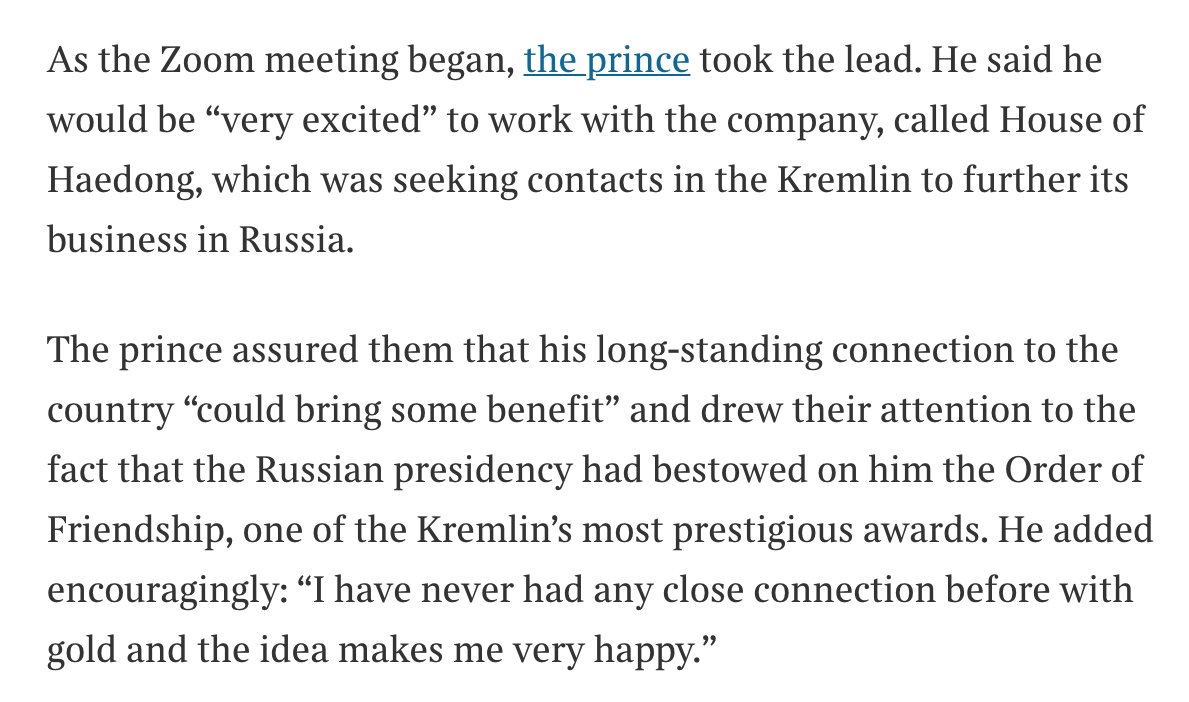 I'll just summarize this by "People sure say a lot of interesting things on Zoom calls that leave some dandy undeniable evidence" and leave it there. 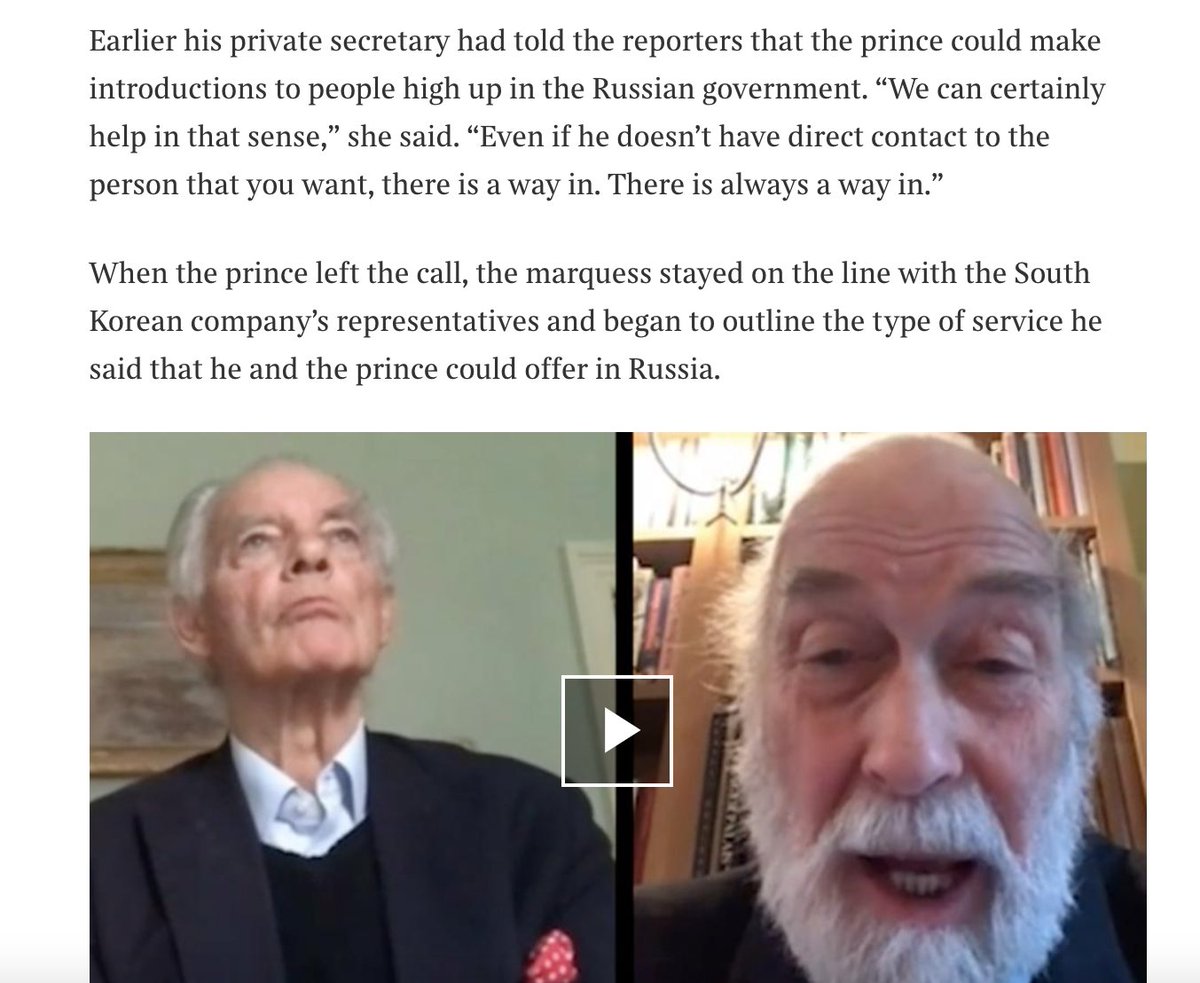 Prince Michael and Lord Reading asked potential clients to cover up their involvement, so people didn’t know that the British royal family arranged these contacts *directly to Vladimir Putin* for pay. 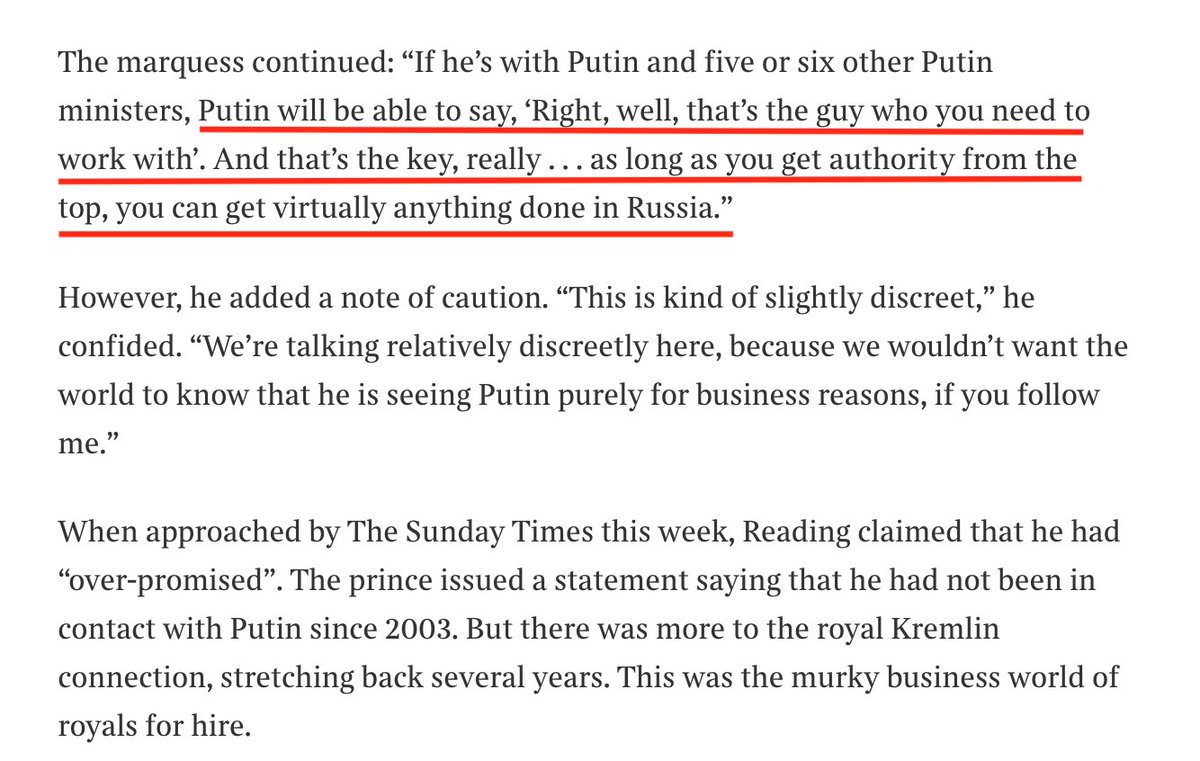 Prince Michael is still openly seen with and favored by the Queen.

The Zoom call came ONE DAY after Russia was newly sanctioned by the EU and the US for attempting assassinations on European soil.

The royal thus was helping Russian national interest at the expense of NATO. 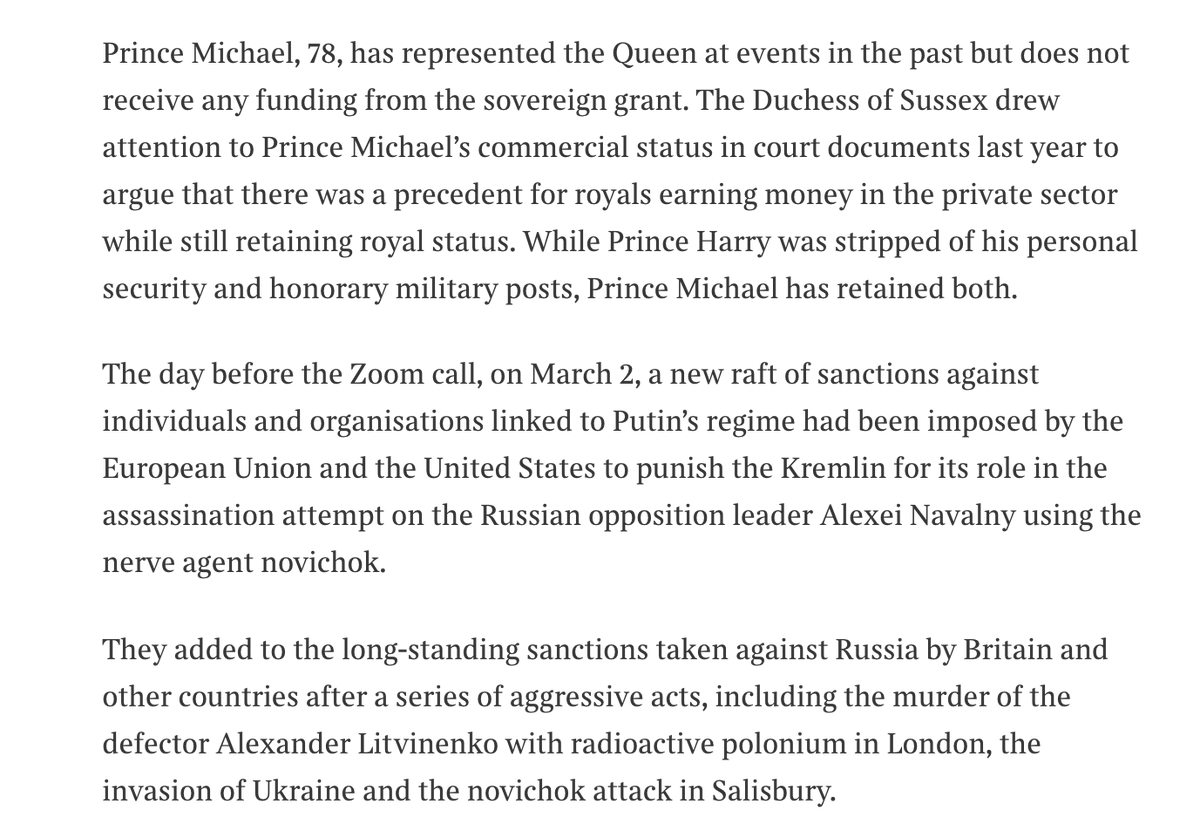 The UK government apparently finances some security for the Prince's trips, but his firm pays no tax on millions.

The Prince appears to be quite the KGB favorite. 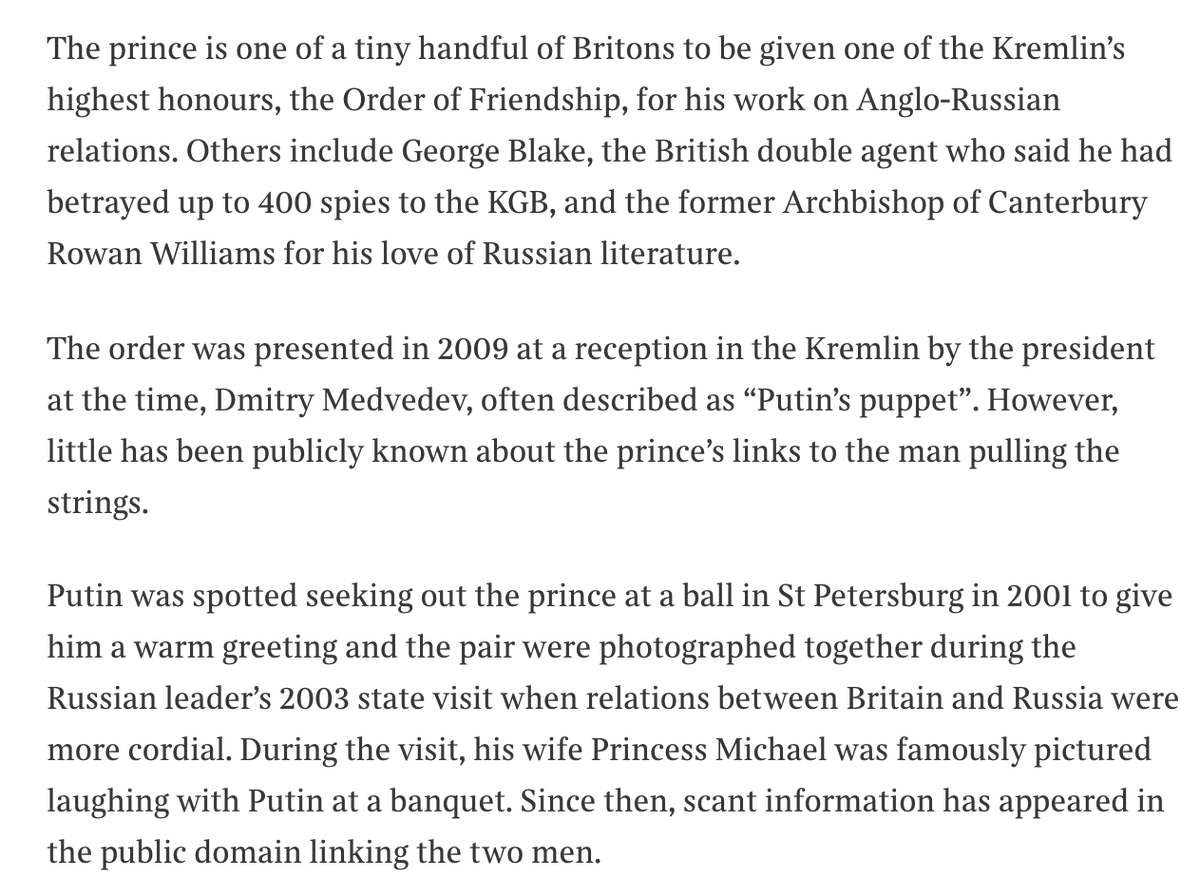 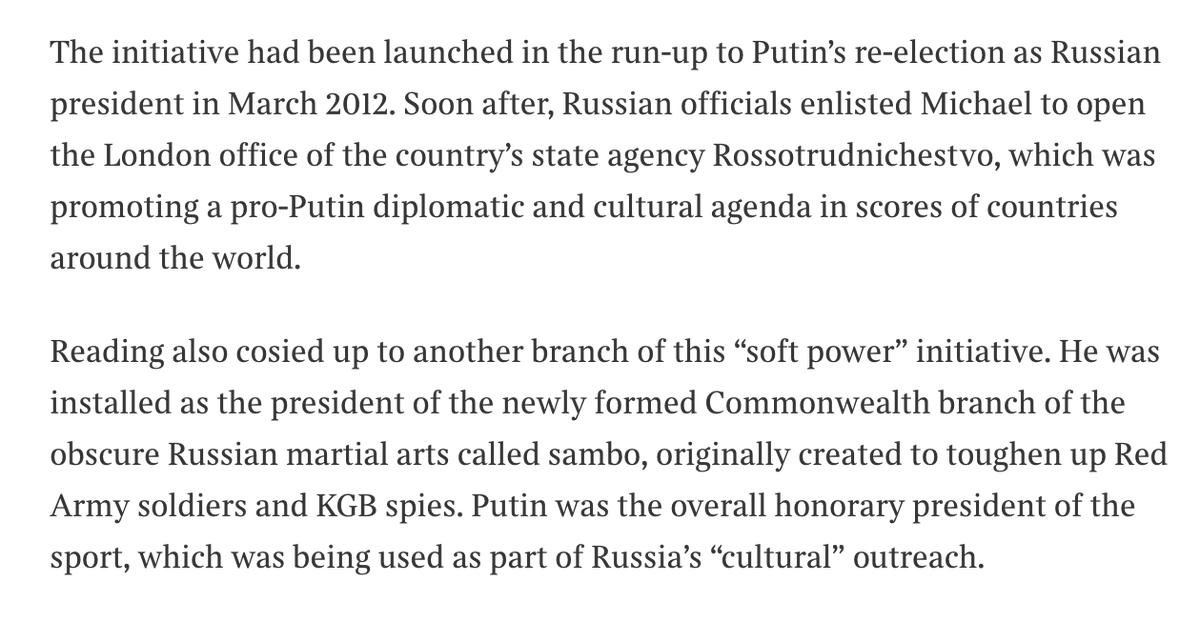 I'm American, my direct great-grandfather took up arms against monarchy under Nathanael Greene, and, reading this, you understand why many people don't think too many nice things about royalty. Because JFC.

Well. At least that Prince Andrew is pleased he's out of the news for, like, a few minutes.

Otherwise, I do so hope the British will tax the living shit out of these people. 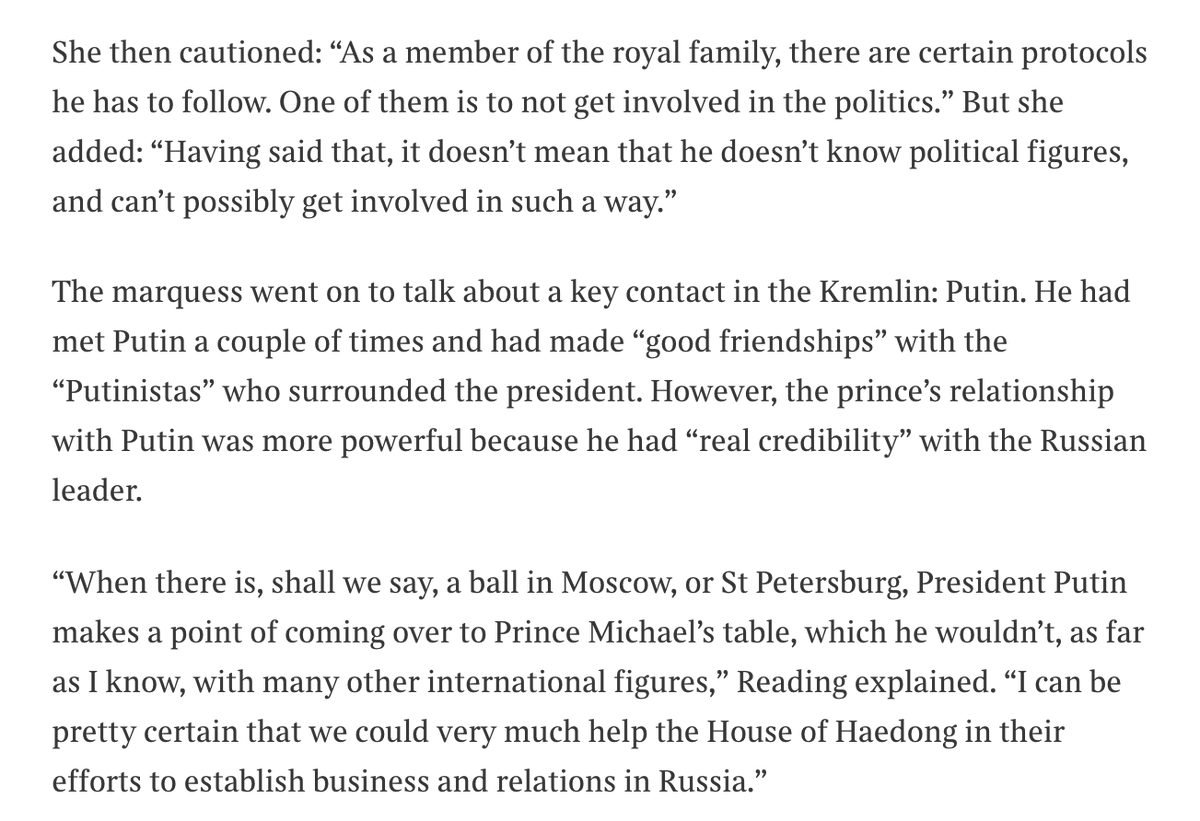 Ah, so the British monarchy is working with LUKASHENKA, the most depraved, sewer-licking despot in Europe.

Wow. The balls on these people. 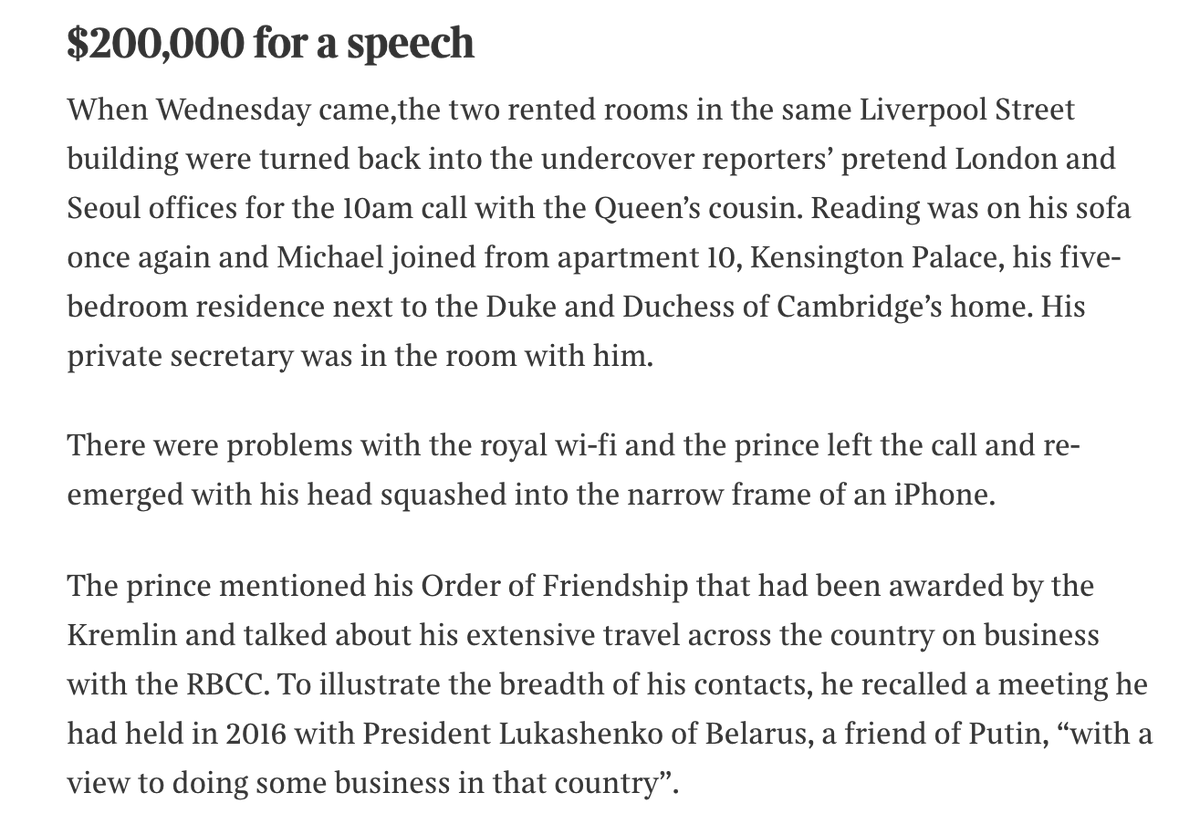 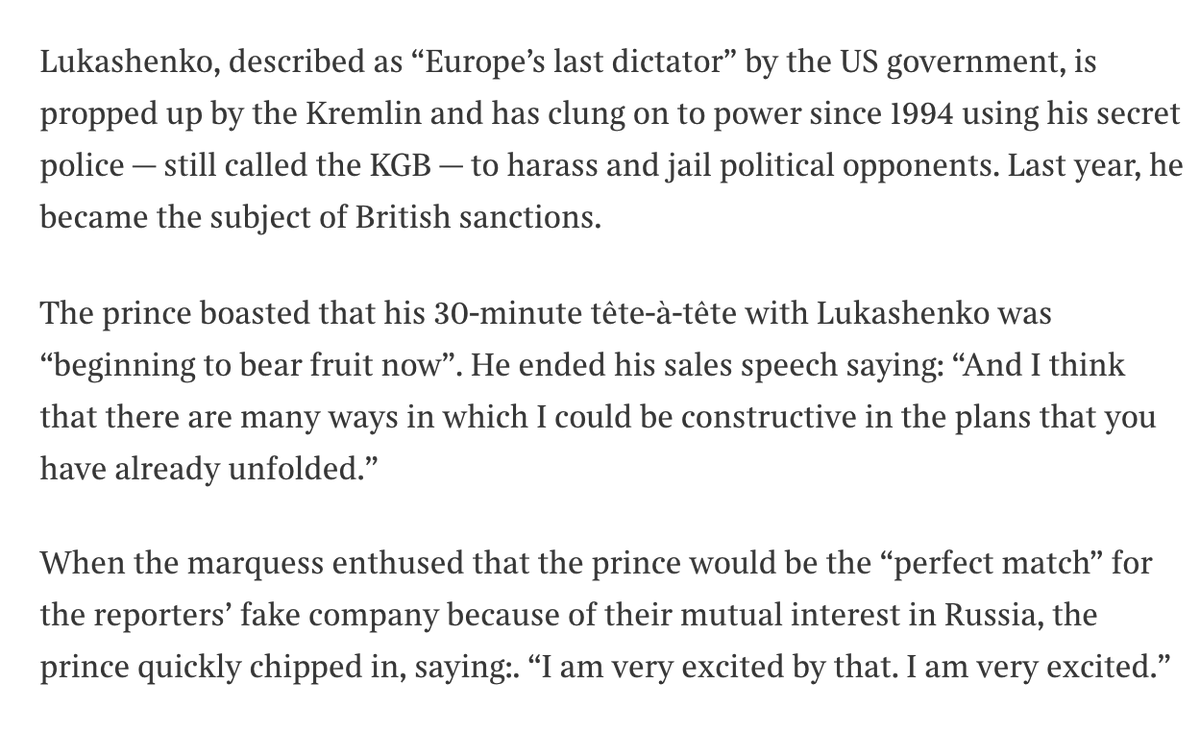 Yeeeah, these are just Russian agents who maybe speak with a pretty English accent. 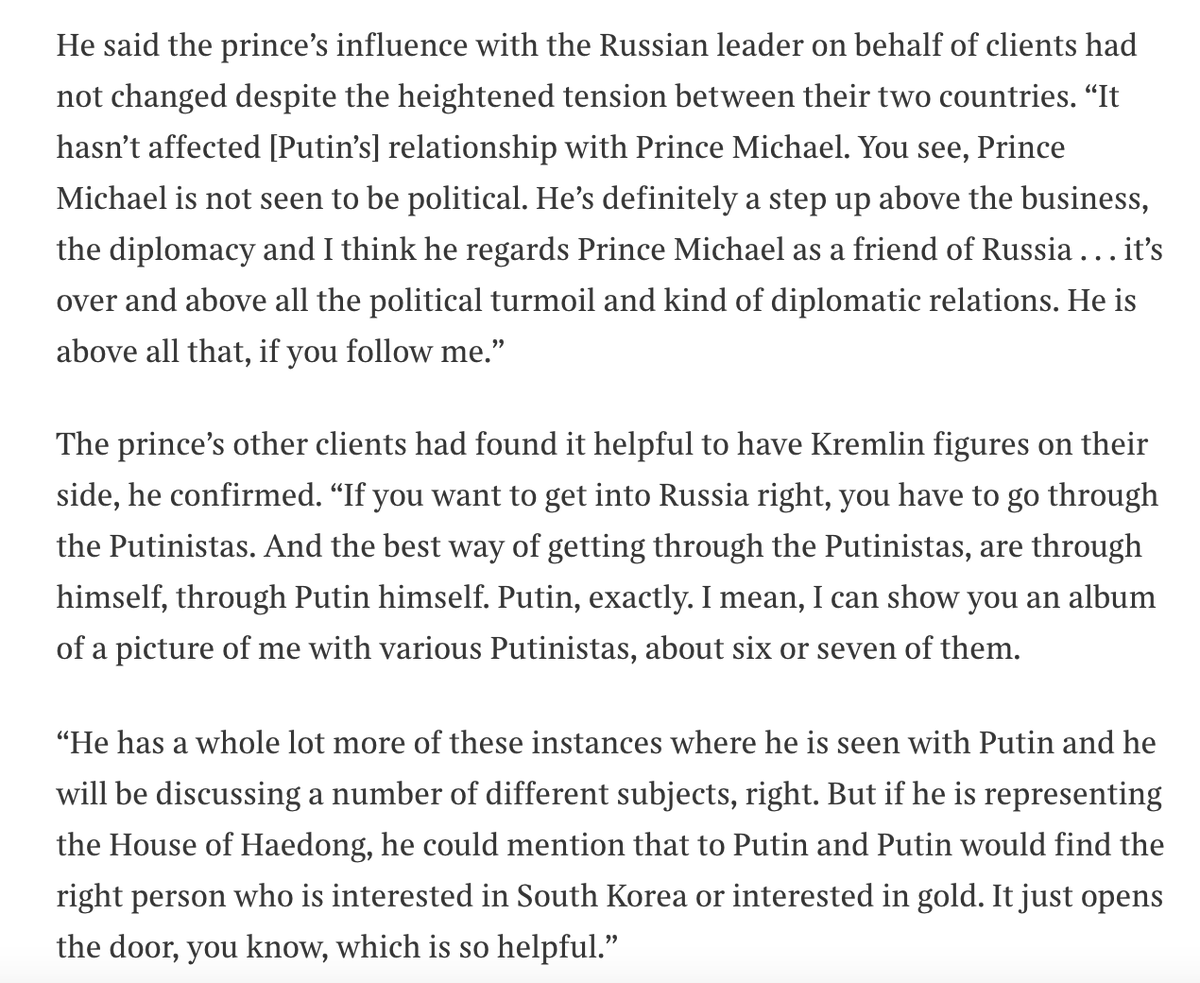 I look forward to Her Majesty's Royal Explanation for Why the Royal Family Should Be Foreign Agents for Cash.