Read on Twitter
MULENGA KAPWEPWE
Zambia’s Patron of the Arts.

Mulenga Kapwepwe is almost like a walking library; a granary of African cultural idioms, expressions and a repository of Zambia’s cultural DNA. She’s been described as Zambia’s patron of the arts by CNN. It’s not an exaggeration. 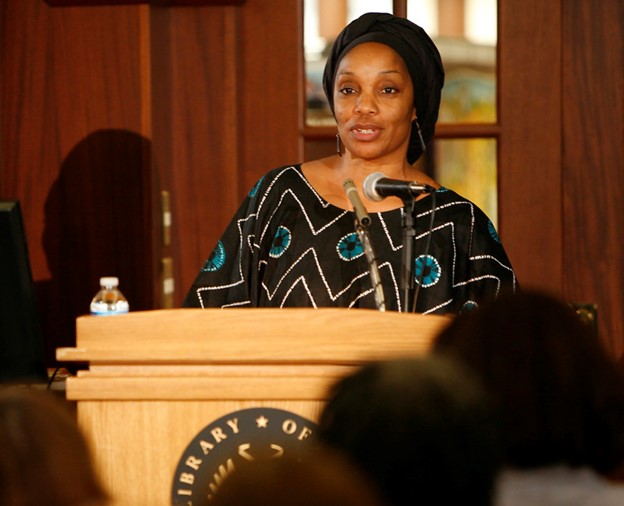 Mulenga was just 6 years old when her country regained independence from the British. Then, like the flow of the mighty Zambezi River, the conversations started streaming in. What are we going to call the currency? What name should we call the country? What about the flag?
You see, Mulenga’s father served as the country’s second Vice President between 1967-1970. Kenneth Kaunda was at the helm of running the nation from independence in 1964 until November of 1991. Dr. Kaunda is widely regarded as the father of the nation. 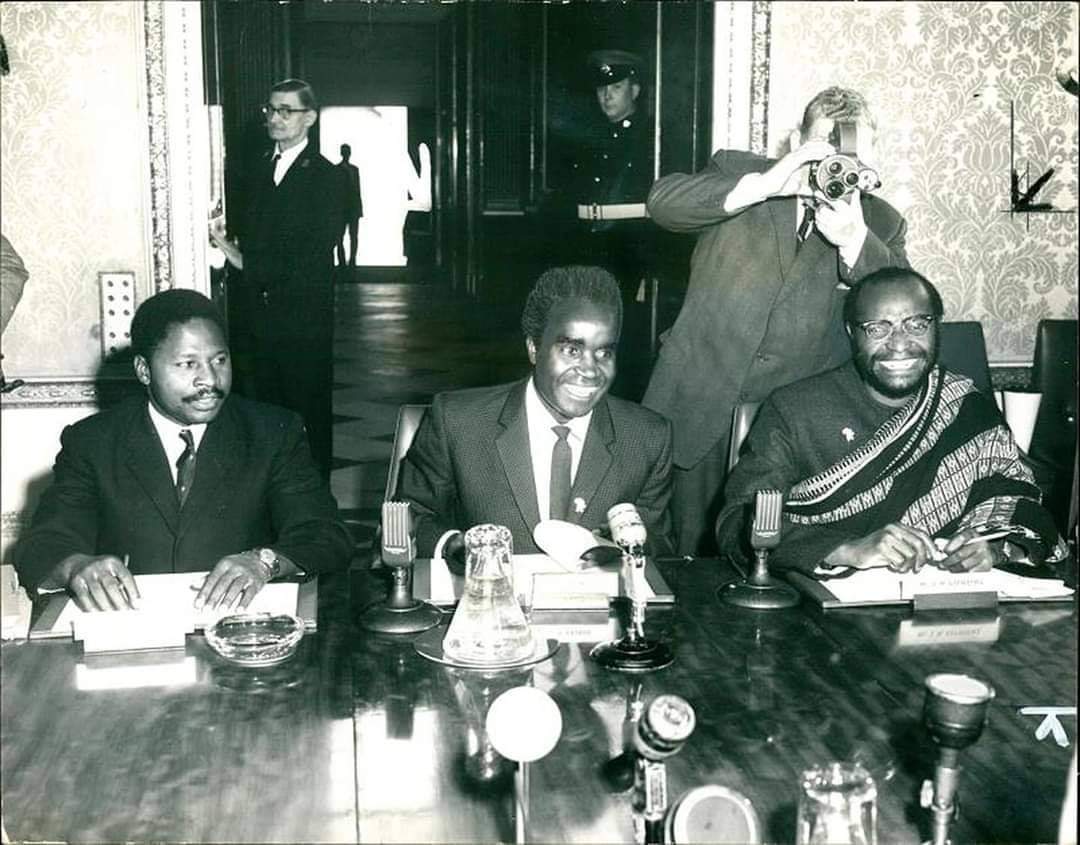 The late great Simon Kapwepwe was a gallant freedom fighter who fought to secure the freedom of his people.
Sadly, the senior Kapwepwe was arrested in 1973 on charges of illegal firearm possession for which he received a two-year suspended sentence.
He was later edged out of an active political life. In his life after politics, Simon Kapwepwe left the vicissitudes of post-independent African political life for good and retired to his farm in Chinsali. But that’s a story for another day.
“If we don't handle our independence very well, colonizers will come back in the form of investors.” - -Simon Kapwepwe 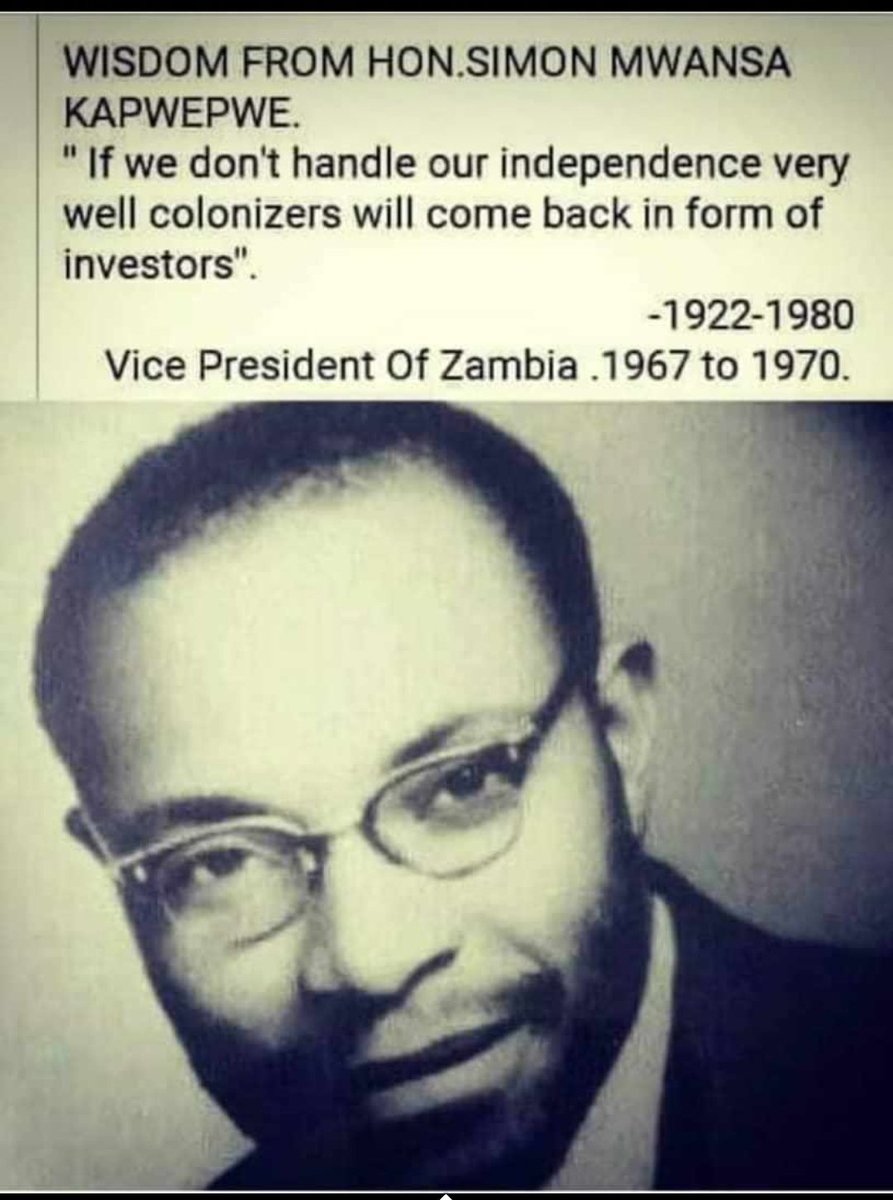 For Mulenga, Zambia is not an abstract concept.
She knows the country’s history with unmatched detail oftentimes with nuanced knowledge that would be the envy of many historians. After all her dad is the one who named the country, Zambia. (Which child gets to say that?)
Mulenga was an artistic child. She would end up accompanying her father to theatrical performances in the capital city. They would even watch opera at the National Theater in Lusaka.
Playwright
Little did Mulenga know that these visits to the theater were helping her set a foundation for a career in the arts as a playwright. Mulenga has written many plays that mainly focus on the role of women in leadership during traditional Zambian society. 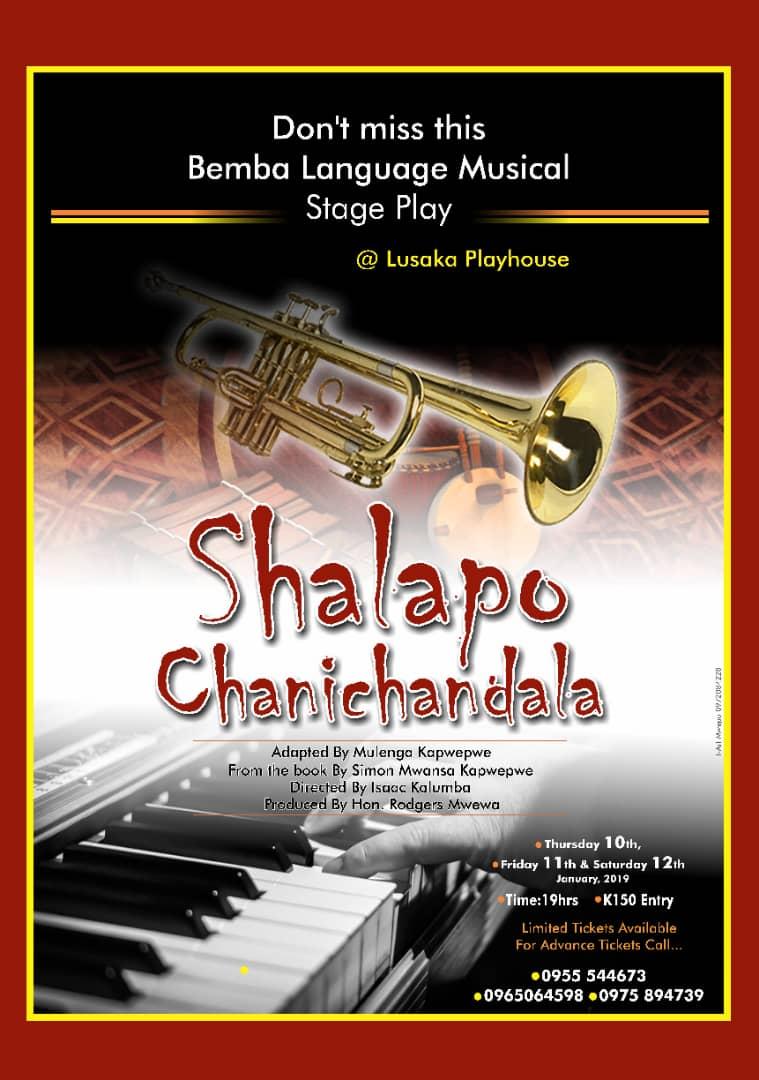 She often wonders why this is not the case today.
We Build Libraries!
Mulenga and her father had a thing about books. Their home was literally like a library, It was full of books. Mulenga wanted the children of Zambia to share the same experience as she had as a child.
So, she built three libraries in the capital city of Lusaka. Shaped as traditional huts, the libraries incorporate an African aspect of architectural design.
The story doesn’t stop there. The libraries are also literature temples where the young can be mentored by the sagacious literati of Zambia.
The newly-built library would ideally be a space where ideas are shared and brainstorming sessions encouraged amongst the young and old alike as they propagate new ideas on how to improve the arts in Zambia, for example.
The library is supposed to be a refuge from life on the streets. A place where the children can just be children and dream and envision a better future. Libraries link the past, present and the future.
Photo: @LubutoLibrary 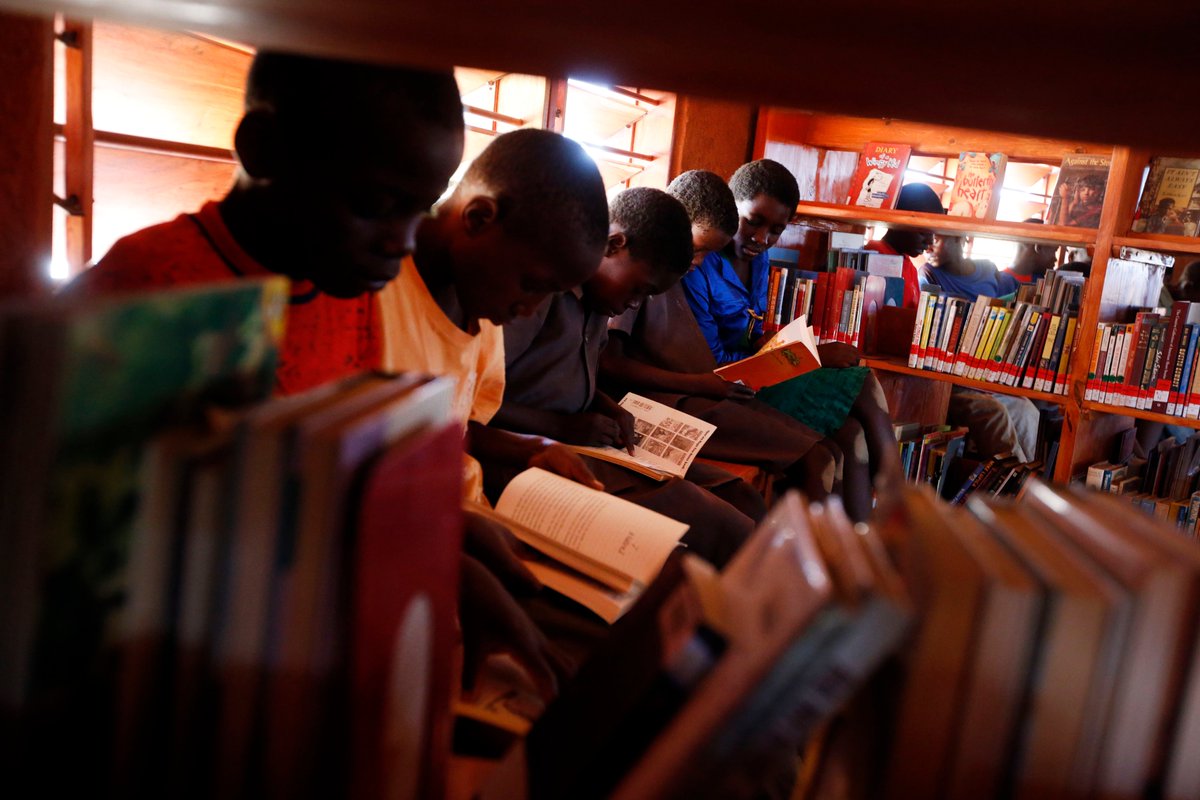 Kaunda the Storyteller
Kenneth Kaunda was there for the opening of the first Lubuto Library in September of 2007. Who knew that the first president of Zambia is such a good storyteller?
His narration of ‘Caps for sale’ by Esphyr Slobodkina with a performance by Africa Dance Factory was such a hit, especially among the children.
The reading of ‘Cap for sale,’a popular read aloud book by the American author was a testament to the strong partnership with the US government’s agencies that support the innovative libraries concept. That alone speaks to Mulenga’s great networking and leadership abilities.
Dr. Kenneth Kaunda read the story with the grace of a professional. The delivery, the inflexions, the pauses were all on point. With the dramatic effect provided by local actors, who sometimes were a bit over the top, the moral of the story was noted well by the audience.
Zambia’s one-time clarion call of “One Zambia, one nation,” reverberated in the day’s performances as the country’s first president watched the future of Zambia switch from Bemba to Nyanja in dance and song with such ease.
Goes to show how much of a tour-de-force Mulenga is in the arts as she was the MC during the ceremony of the first Lubuto library opening some fourteen years ago.
“Losing your way is another way of finding it.” 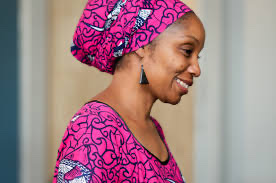 Record Label
Traditional music has been ignored in the realm of African music production for a long time. Mulenga Kapwepwe stumbled upon some traditional recordings at the National Archives and decided to do something and preserve those all-so-precious traditional recordings.
Sitting on a shelf and collecting dust somewhere at the National Archives, Ms.Kapwepwe decided to breathe new life into some of these old Zambian classics.
Awed by the mastery of the language and the authentic performance of the songs, Mulenga had some inner prompting that would make a lasting impression for generations to come, so a recording label was formed. Soon after its inception, the label produced 3 albums to its credit.
Orchestra
A youth orchestra? In Zambia? That’s exactly what Ms Kapwepwe went on to found. Locally, the youth orchestra operates along the lines of Bob Collymore’s and Safaricom’s signature project, the Safaricom Youth Orchestra of the “Ghetto Classics” fame. 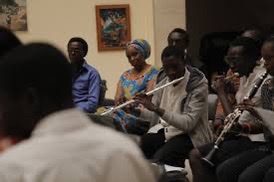 The idea behind the orchestra was to accord youth from underserved areas an opportunity to hone their creative skills in a safe environment while having fun doing so.
Girls’ Soccer Team
For the first time ever, Zambia’s women’s football team qualified for the olympics. The girls will be going to Tokyo for the 2020/21 edition of the olympics.
Years ago, Mulenga went on to organize a group of girls and formed a team for them. Some of the girls have thrived and a few have even joined the women’s national football team.
It seems that everything Mulenga touches turns to gold. We hope the girls bring home the women’s soccer gold medal from Tokyo.
Proverbs as Life Hacks
A life hack is any skill or novelty method that increases productivity and efficiency, in all walks of life. In her TED Talk Ms. Mulenga Kapwepwe talked of the importance of preserving life’s lesson through proverbs. Some gems are listed herebelow:
In proverbs a cowardly hyena gets to live long.
Proverbs spring from the living data around us.
Butterflies dance with their axes.

The coward hyena lives the longest (Kenyan politicians will like this one). 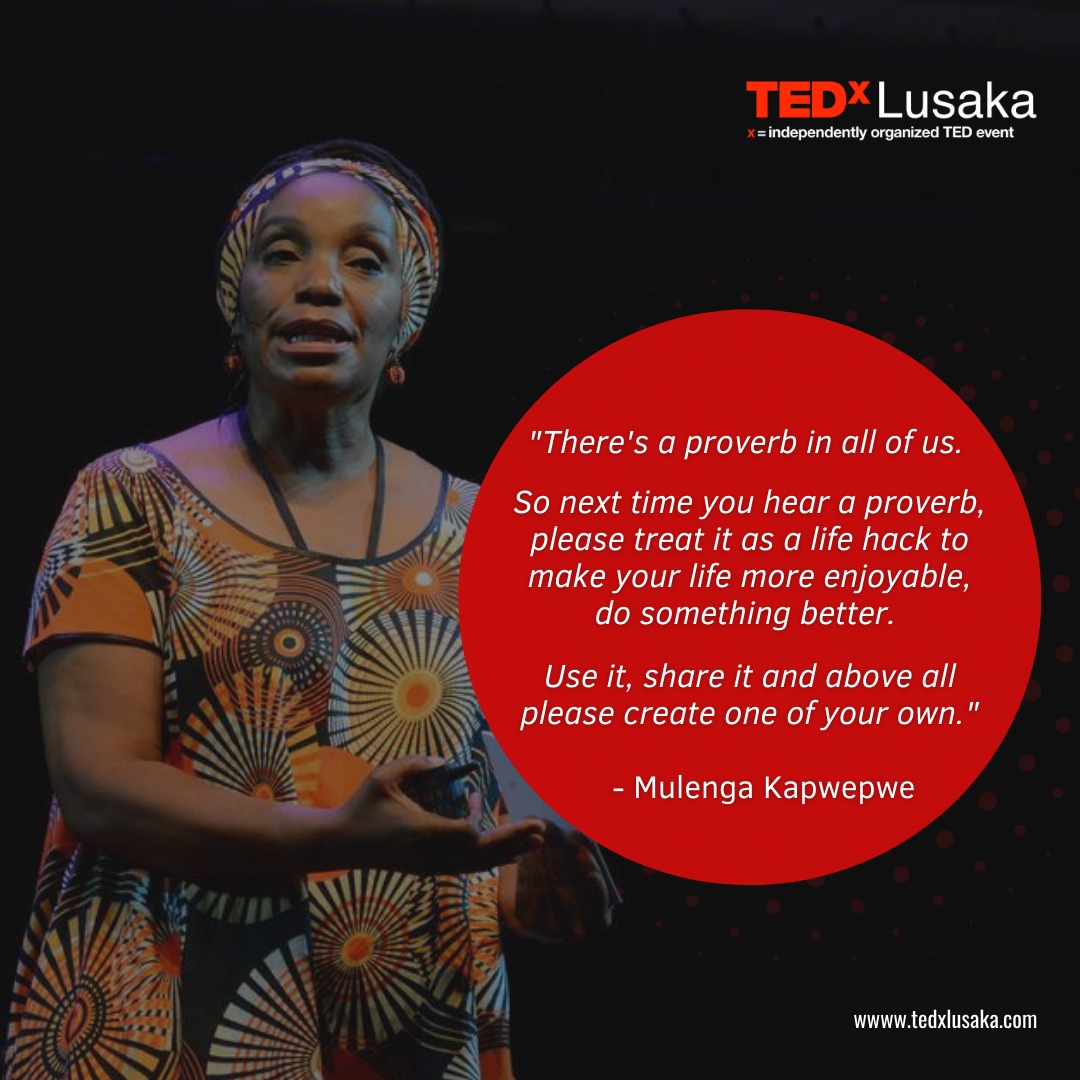 Zambia’s Culture
Within the boundaries of Zambia are found 73 ethnic groups. The languages in Zambia have been condensed to about seven major languages. English is the official language.
Zambia has 2623 heritage sites that include archaeological sites as well as religious shrines.
Zambia has two dances that have been certified as World Heritage Dances. 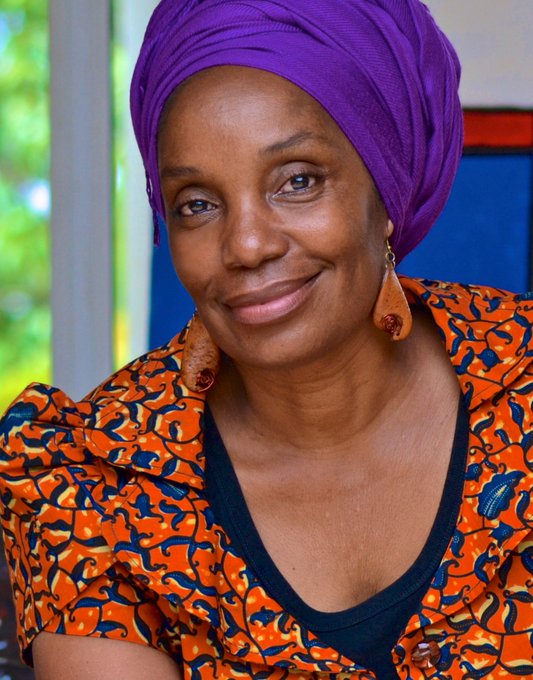 Victoria Falls: “The Smoke that Thunders”
Perhaps the most recognized physical feature of Zambia is the Victoria Falls. Waterfalls are places of power and have a special place amongst the people who live around them.
Waterfalls hold the power around the people who live there.
‘Discovered’ by David Livingstone in 1855, much to the amazement of the African inhabitants who had been living there for centuries, the Victoria Falls remains his most important ‘discovery.’ 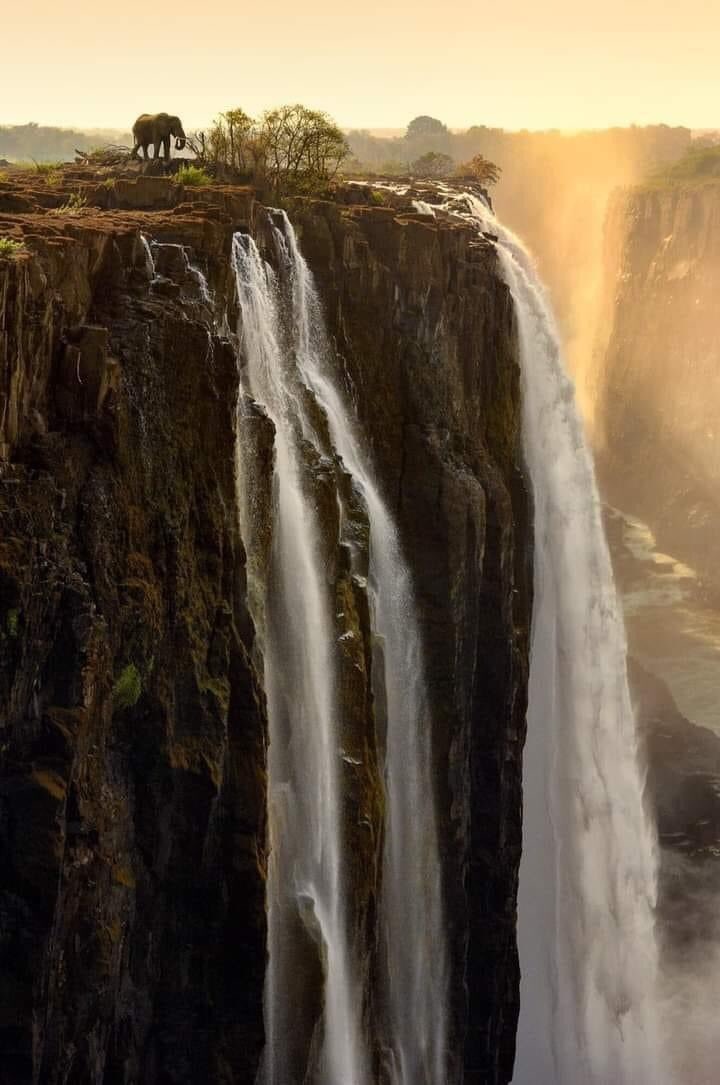 Dr. Livingstone was shown the location of the Falls as he stood on what is now known as Livingstone Island, and if we keep going, we’ll find that the island is located in the town of, yes, you guessed it right, Livingstone!
Before their discovery by European eyes, the Victoria Falls were called Mosi-oa-Tunya, “The Smoke that Thunders,” in Lozi and Shungu Namutitima, “Boiling Water” among the Tonga.
These places had names-African names before their ‘discovery.’
A Tale of Two Monarchs
The Toka Leya are ruled by two monarchs.
Bedyango is the female ruler of the Toka Leya in the negotiated governance structure.
The female ruler is in charge of giving out land and serves as the last court of appeal.
The female monarch is also in charge of social welfare. 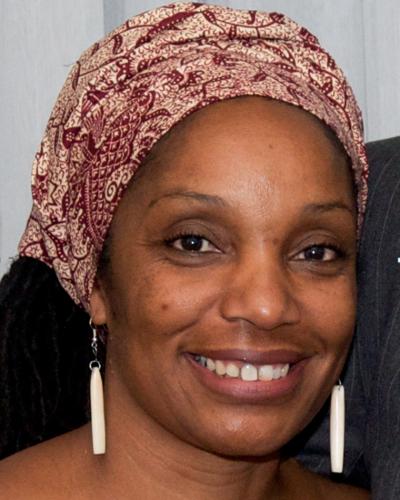 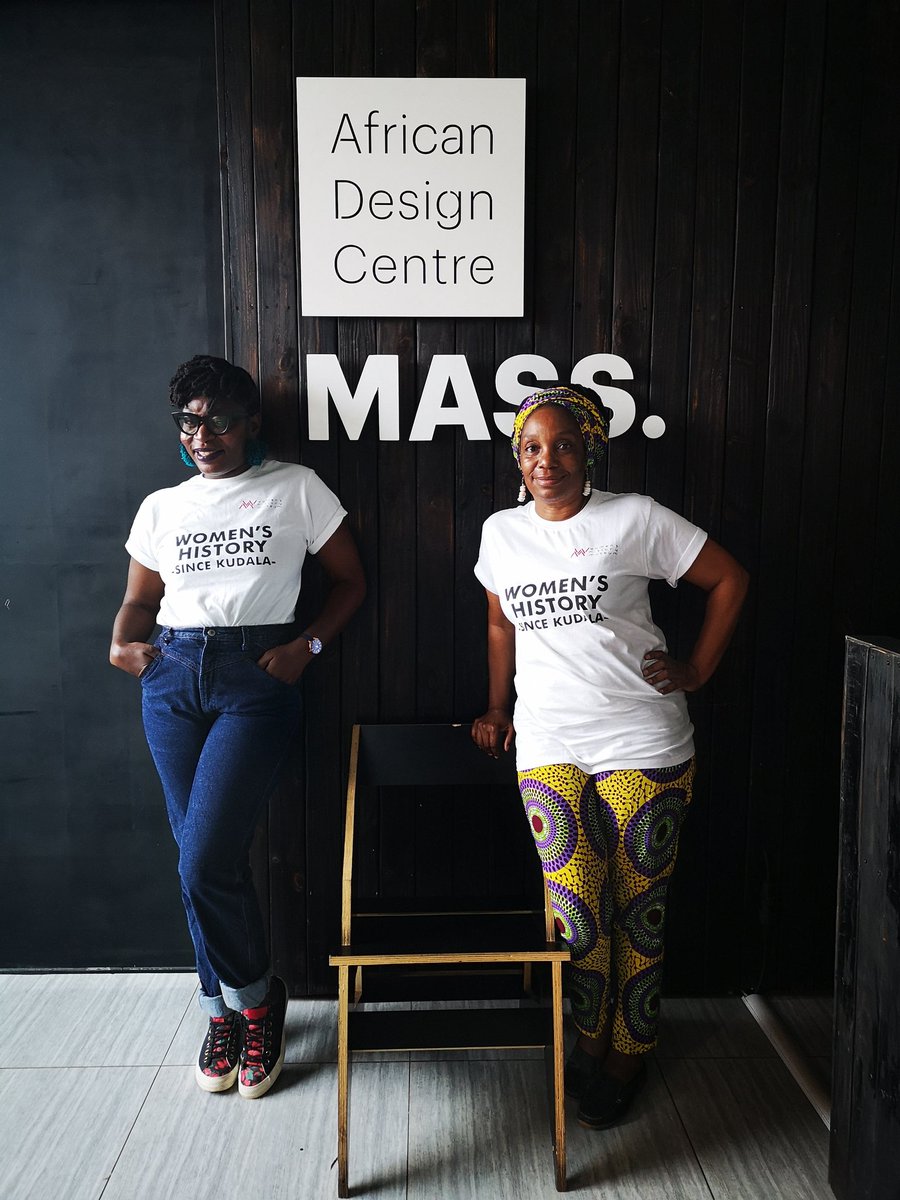 At first the museum was to have an online presence and later on get a physical location on the second floor of the Lusaka National Museum.
As is the case with almost all African countries, the colonialists were not keen on preserving African history. Women’s history was virtually non-existent. Mulenga and Samba wish to change this aspect of the country’s past. 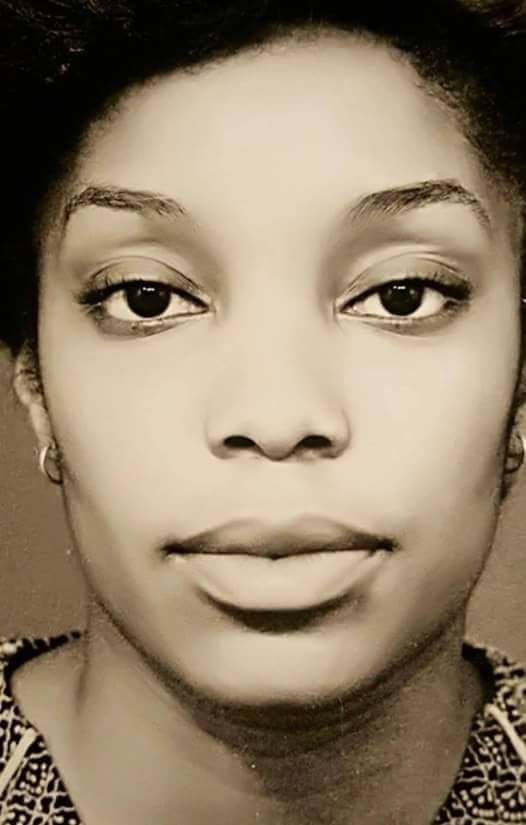 Leading Ladies Podcasts
Among the most exciting projects for the Women History Museum of Zambia is the 10-episode podcasts of the leading women in the history of Zambia. 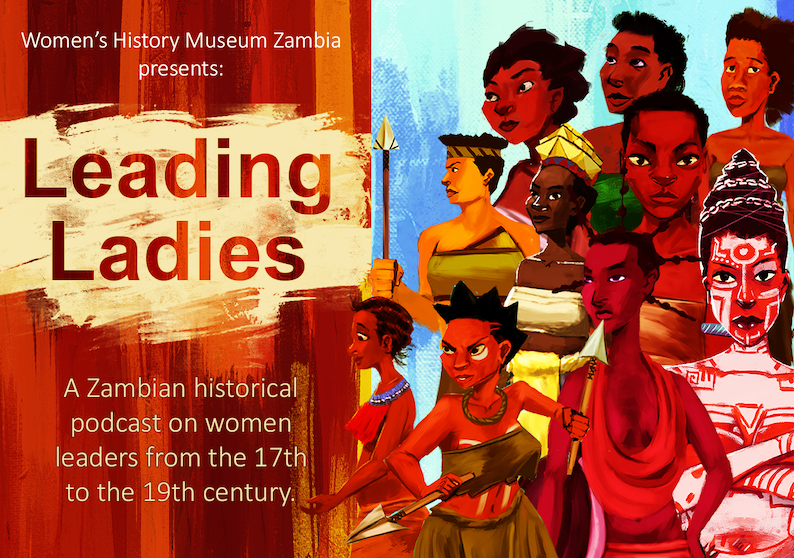 The Leading Ladies series is going into its third season now. Originally, the podcasts were envisioned to be 20 minute podcasts but for Season 3, the team at the Women’s Museum of Zambia had a different idea.
Why not reimagine the lives of these great women through animation? The idea was brilliant because the stories were being preserved in a digital format while providing information to the citizens on the lives of these great women of Zambia.
The community has expanded to include women from Malawi and Zimbabwe as well.
Former Chairperson of the National Arts Council, Playwright, Founder of Lusaka Youth Orchestra, Patron of the Chilenge Girls’ Football Team, Co-Founder Women’s History Museum of Zambia are among many other accolades she has won in her country. 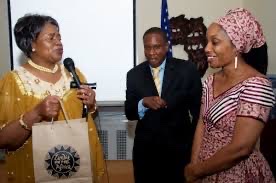 These lifetime achievements have secured Mulenga Kapwepwe’s legacy as a visionary leader in the arts and in her community, not only in Zambia but in Africa as a whole.
That’s the story of Ms Mulenga Kapwepwe, Zambia’s Patron of the Arts.
Does your country have a patron of the arts? 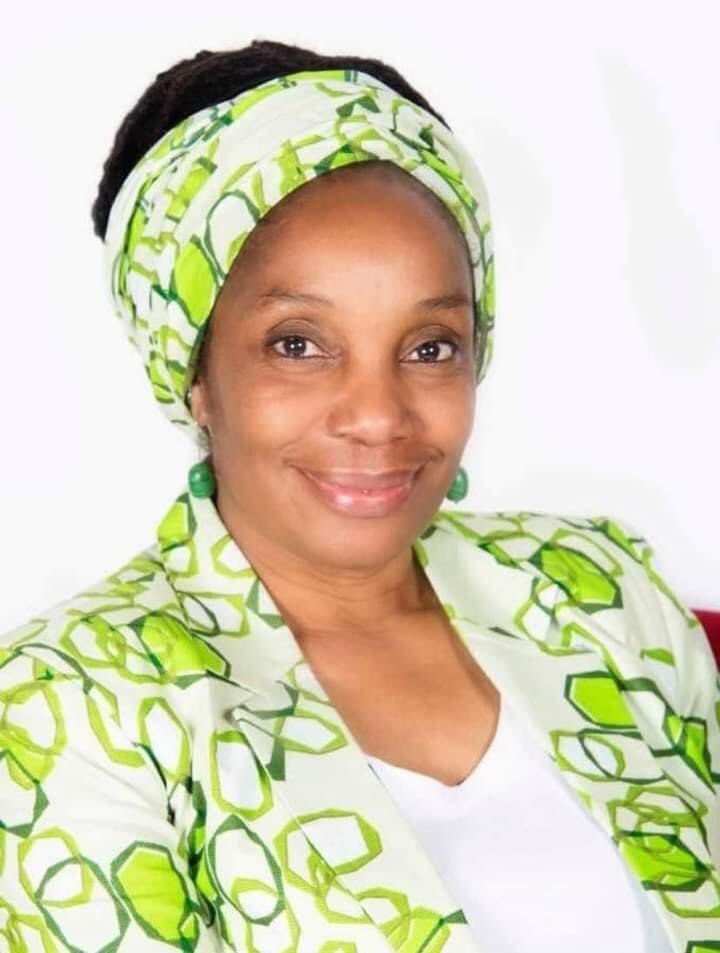 You can follow @BintiStories.
Tip: mention @twtextapp on a Twitter thread with the keyword “unroll” to get a link to it.