Read on Twitter
Waiting for my Istanbul flight in a very empty COVID haunted airport. 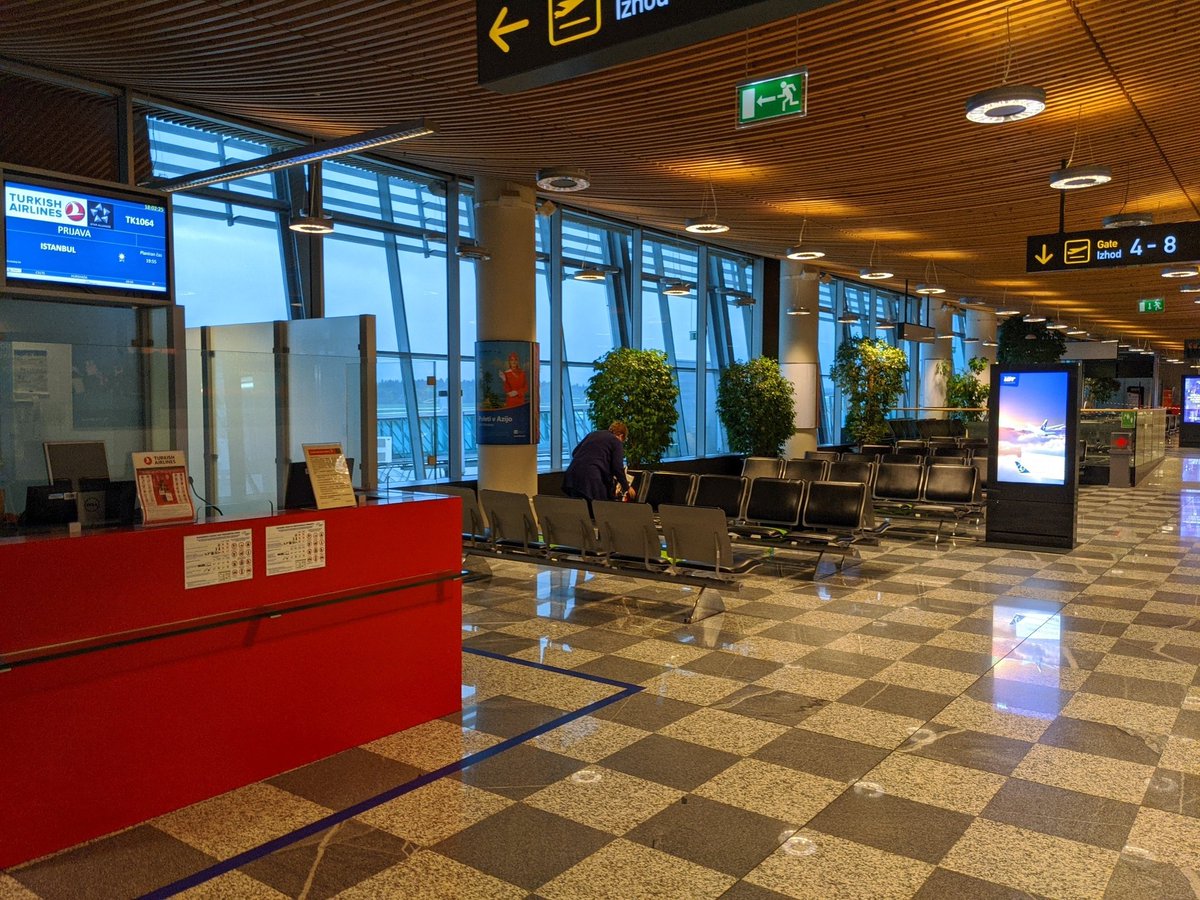 Made use of a lovely Sunday to visit old Constantinople. First visit was the site of the Hippodrome.

The Obelisk of Theodosius was brought here from Alexandria in 390 AD. It is a sister obelisk of the Lateran Obelisk in Rome. 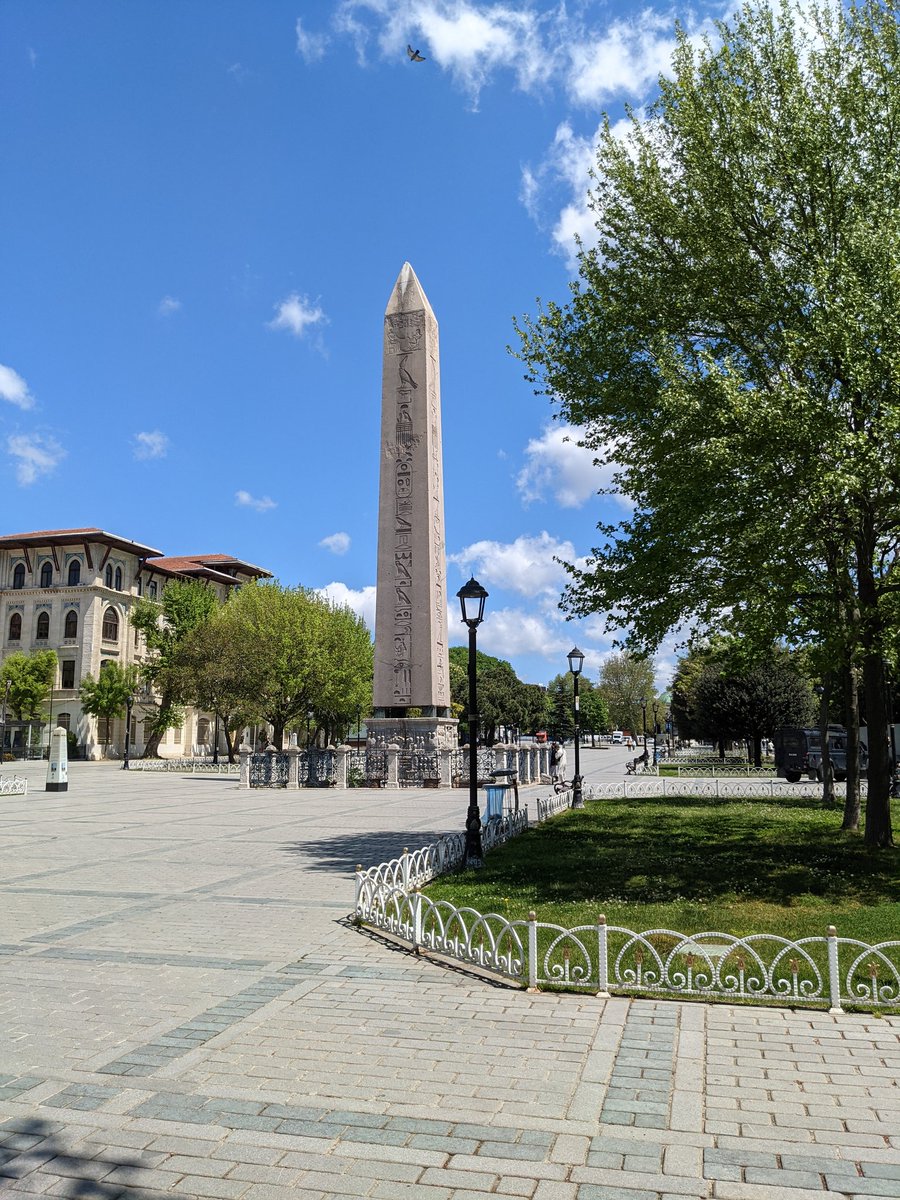 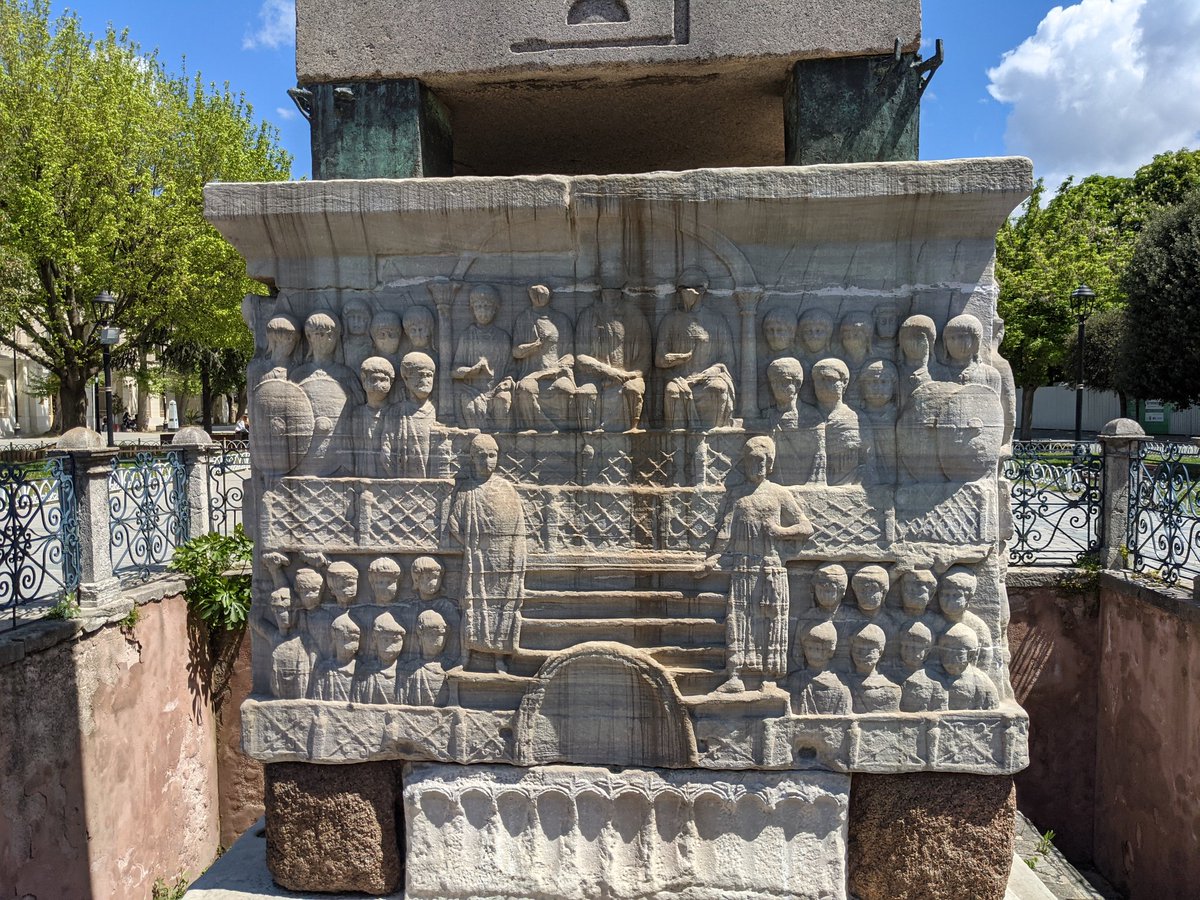 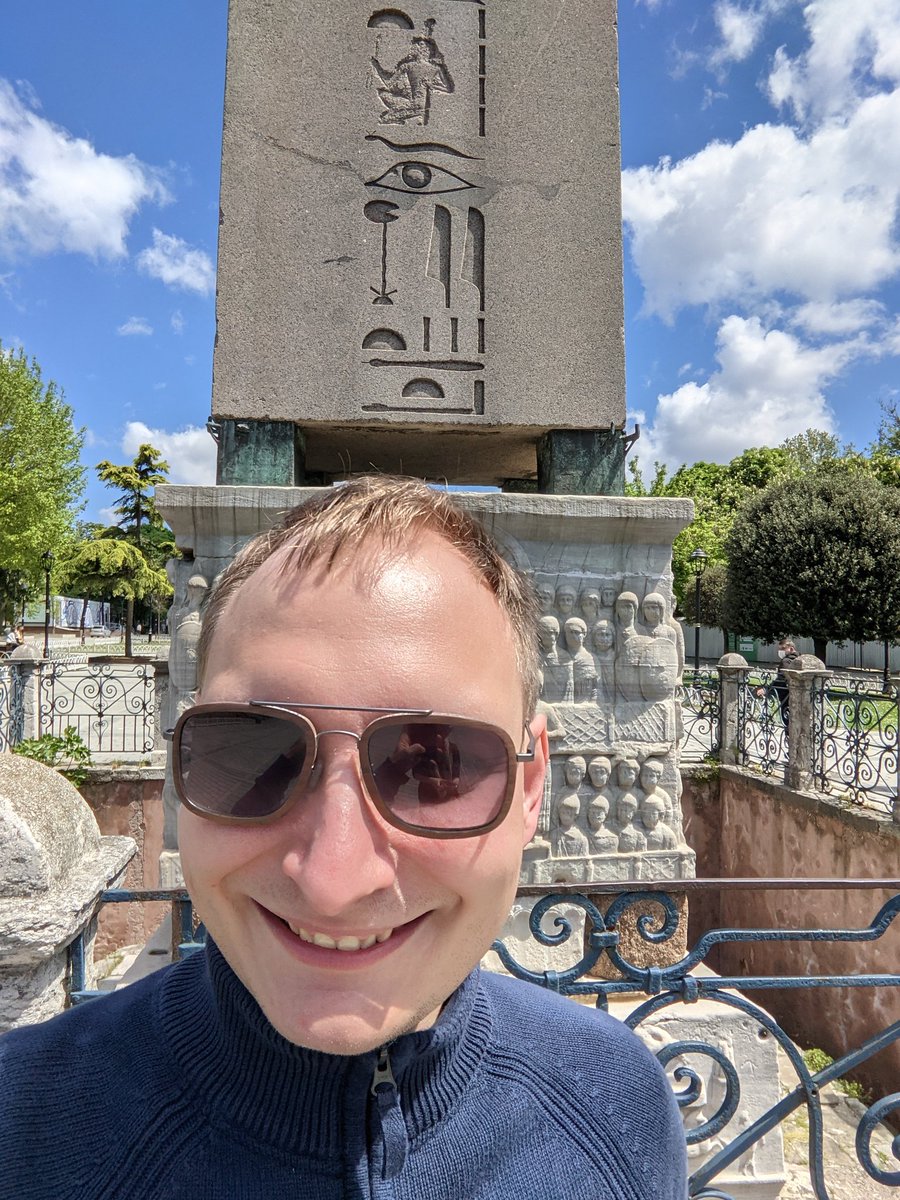 It is notable how monumental art can be borrowed by successive civilizations.

We don't call it Obelisk of Pharaoh Thutmose III after all! And the Sultans didn't remove it either.
The grounds near the Hagia Sophia are lovely in their own right. 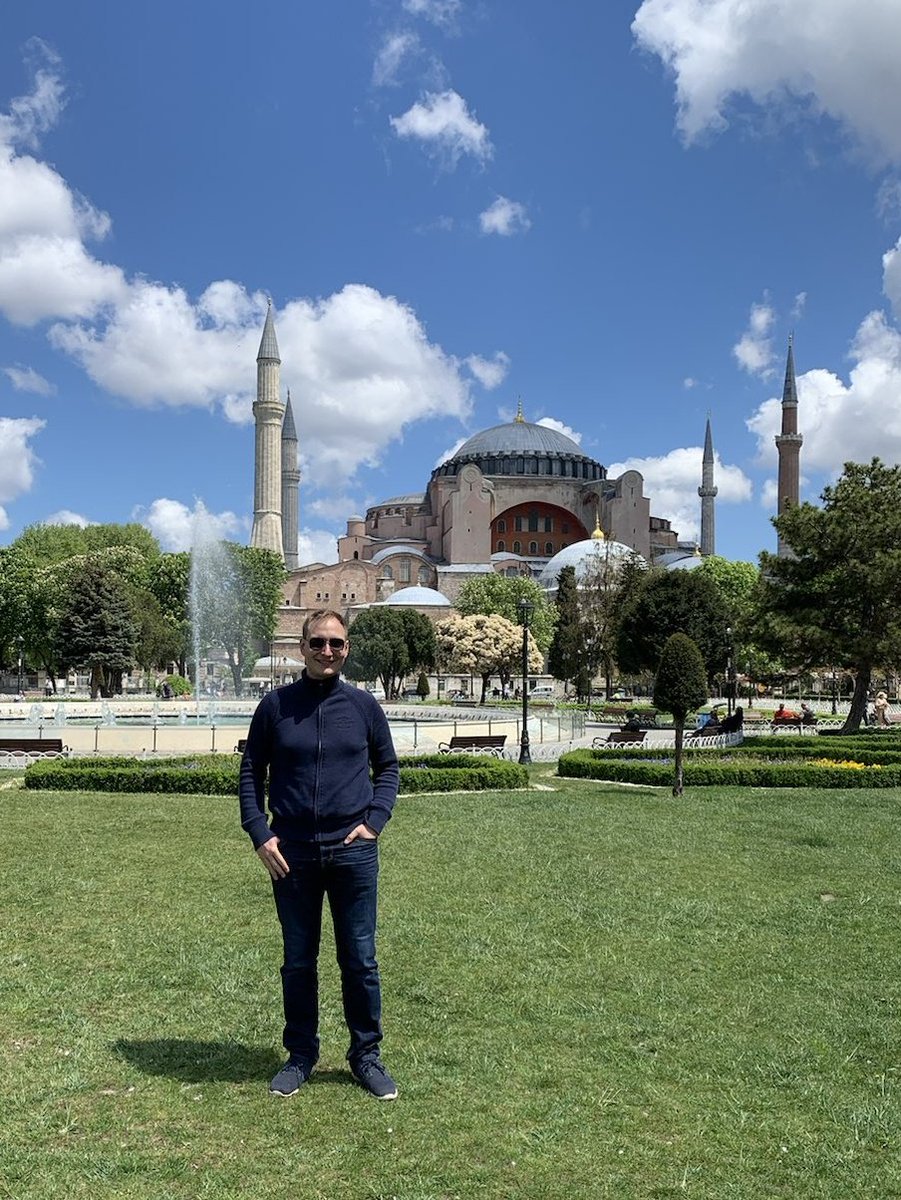 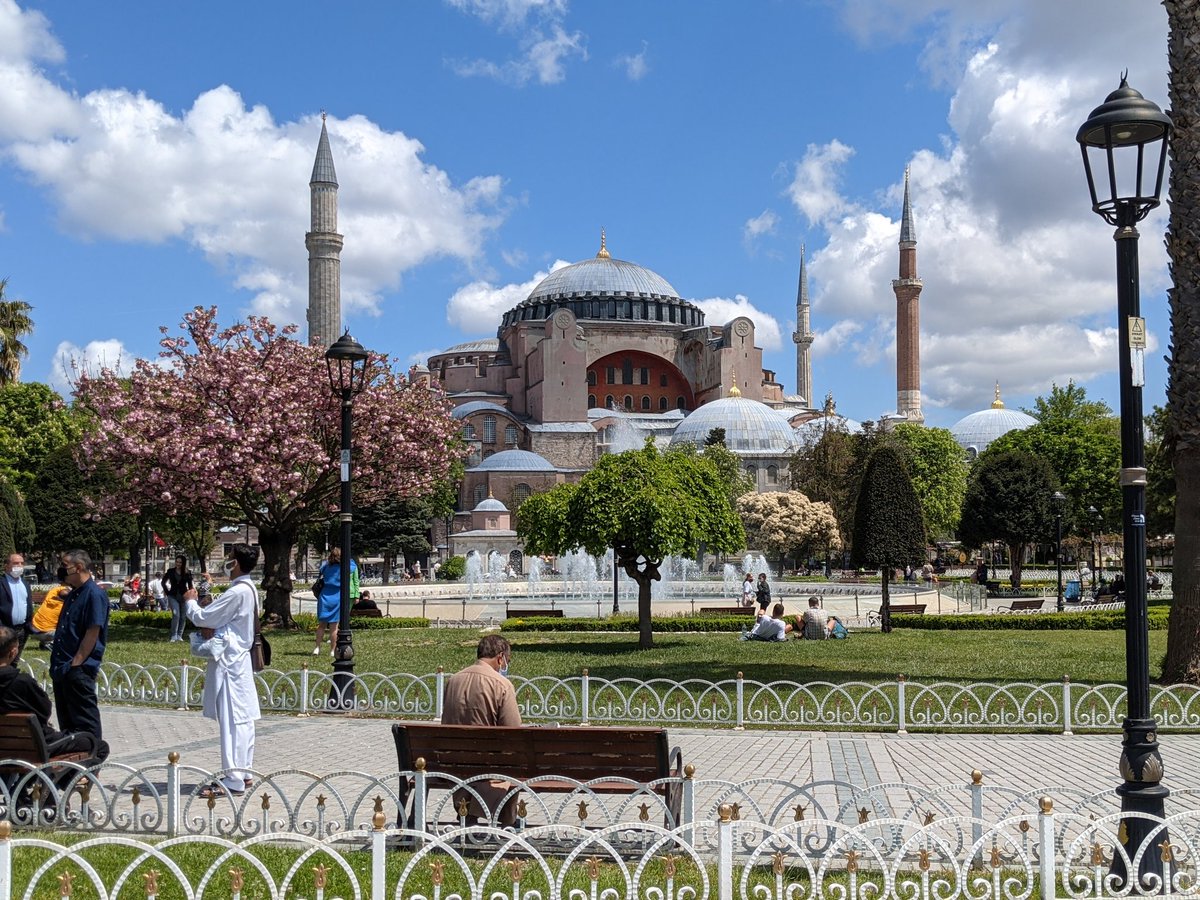 Near the entrance an incredible gold leaf decorated mosaic depicts the Emperor Justinian I (left) offering the Hagia Sophia to Mary and Jesus.

The Emperor Constantine (right) is offering Constantinople itself! 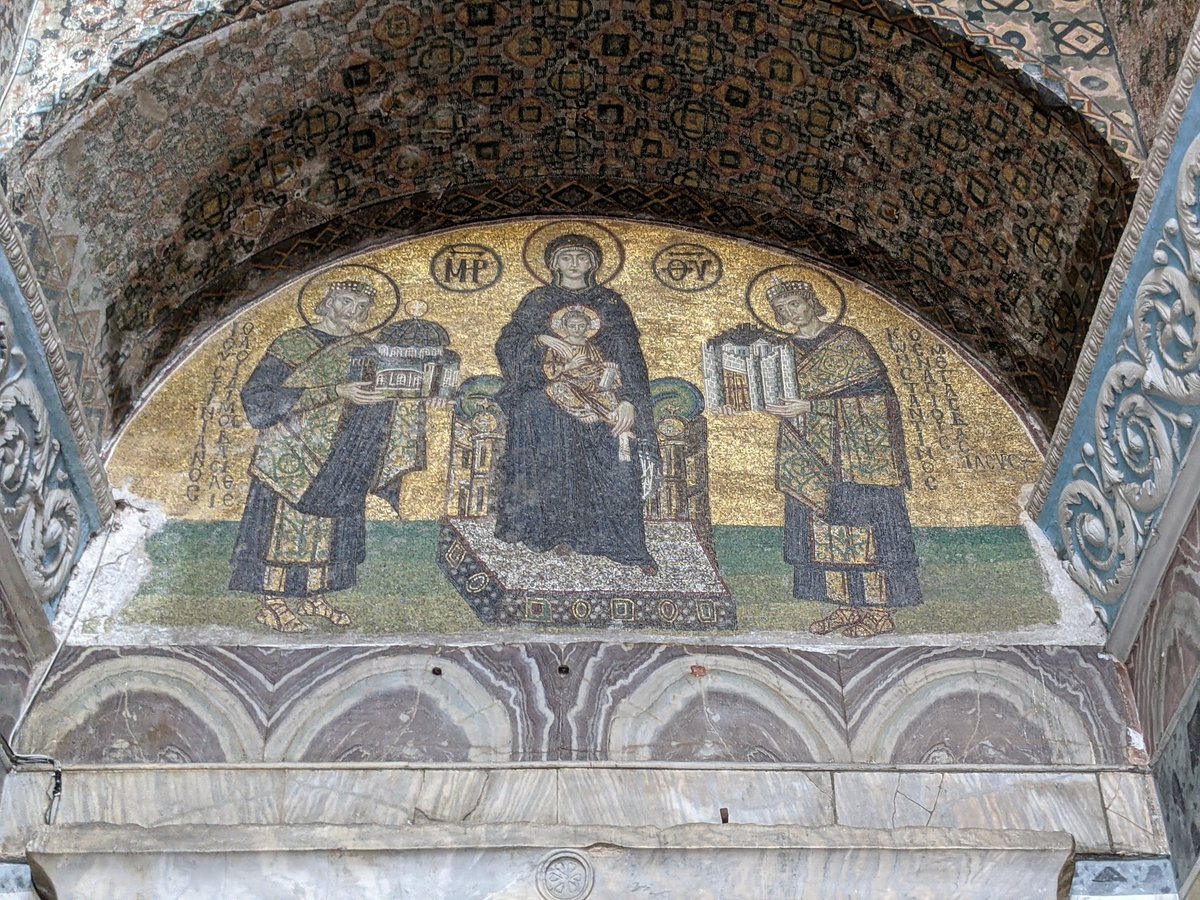 The dome is maginficent as are the Ottoman additions.

Note the angels in the corners from when it was a Cathedral. These were uncovered during the building's time as a museum. 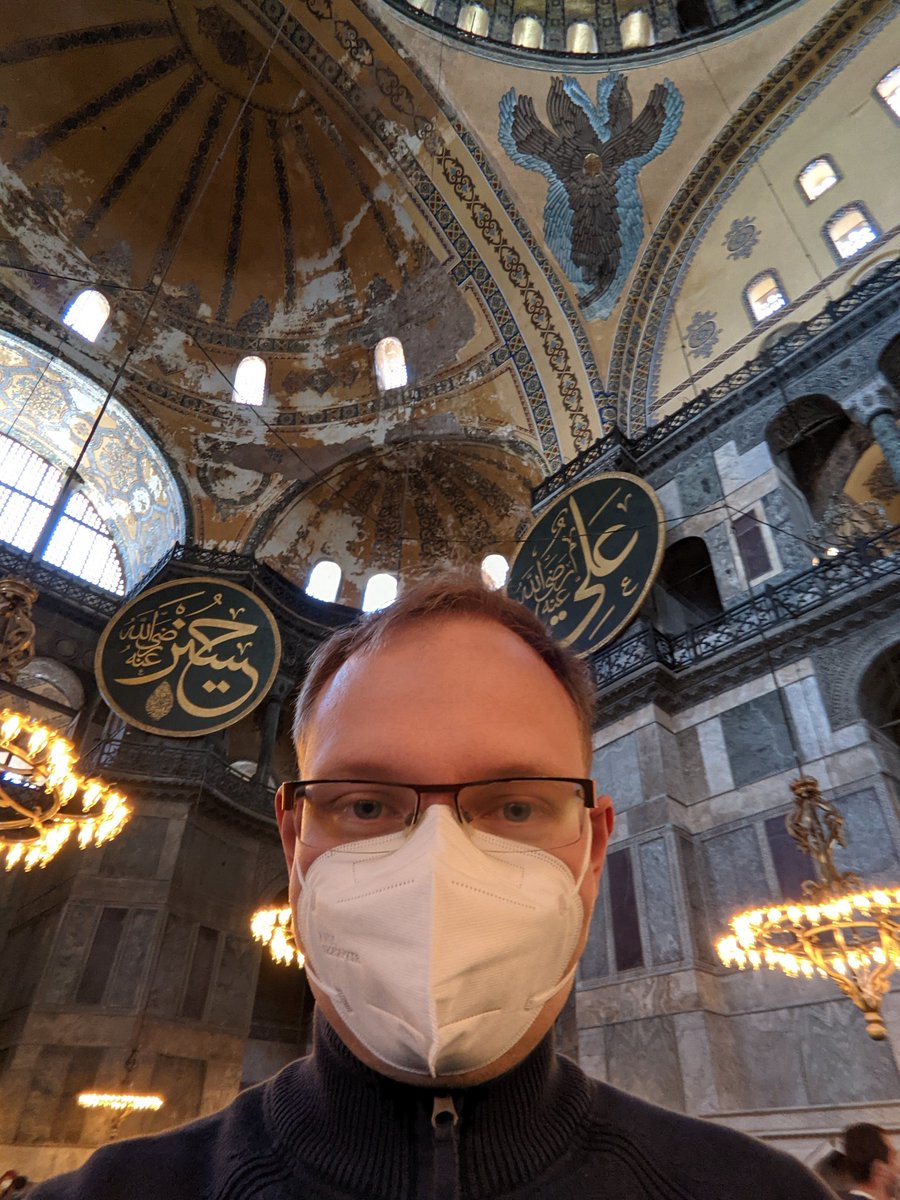 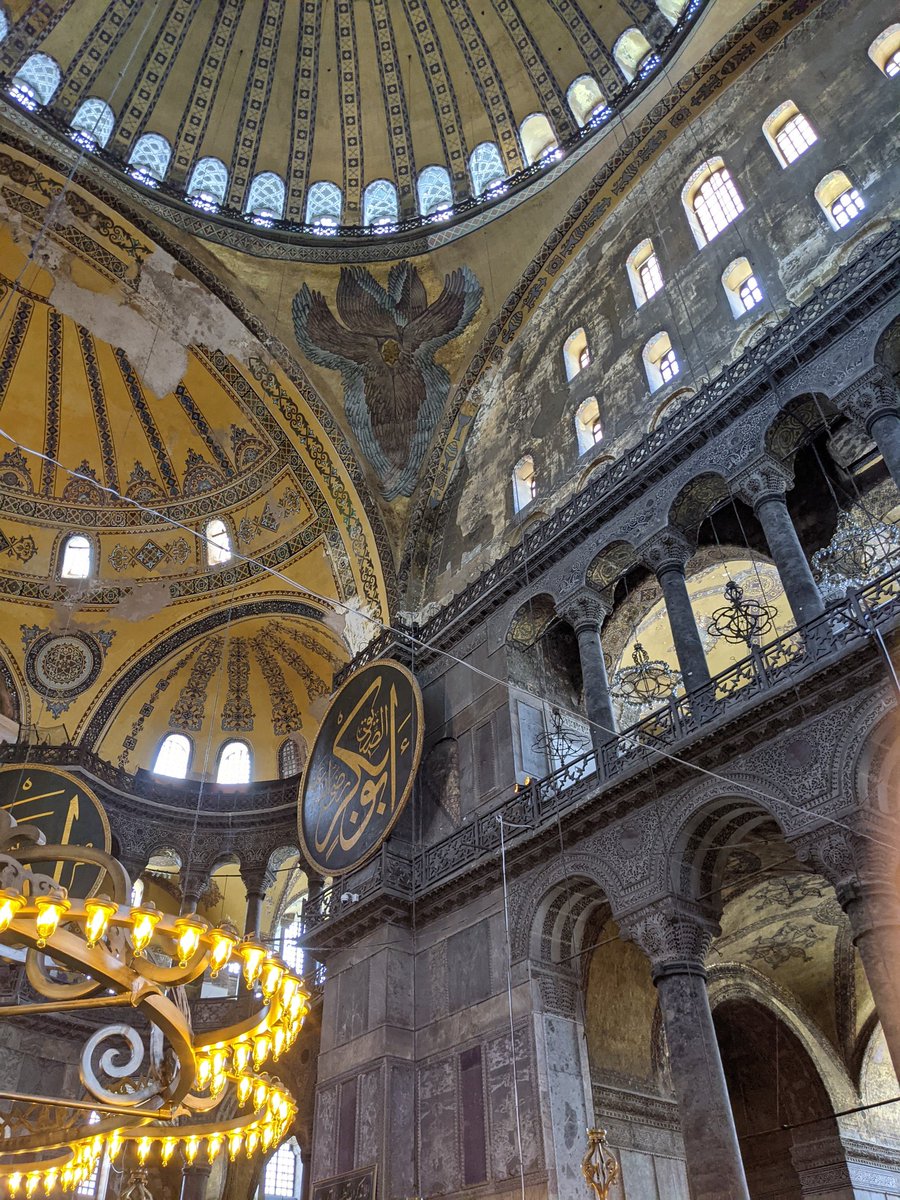 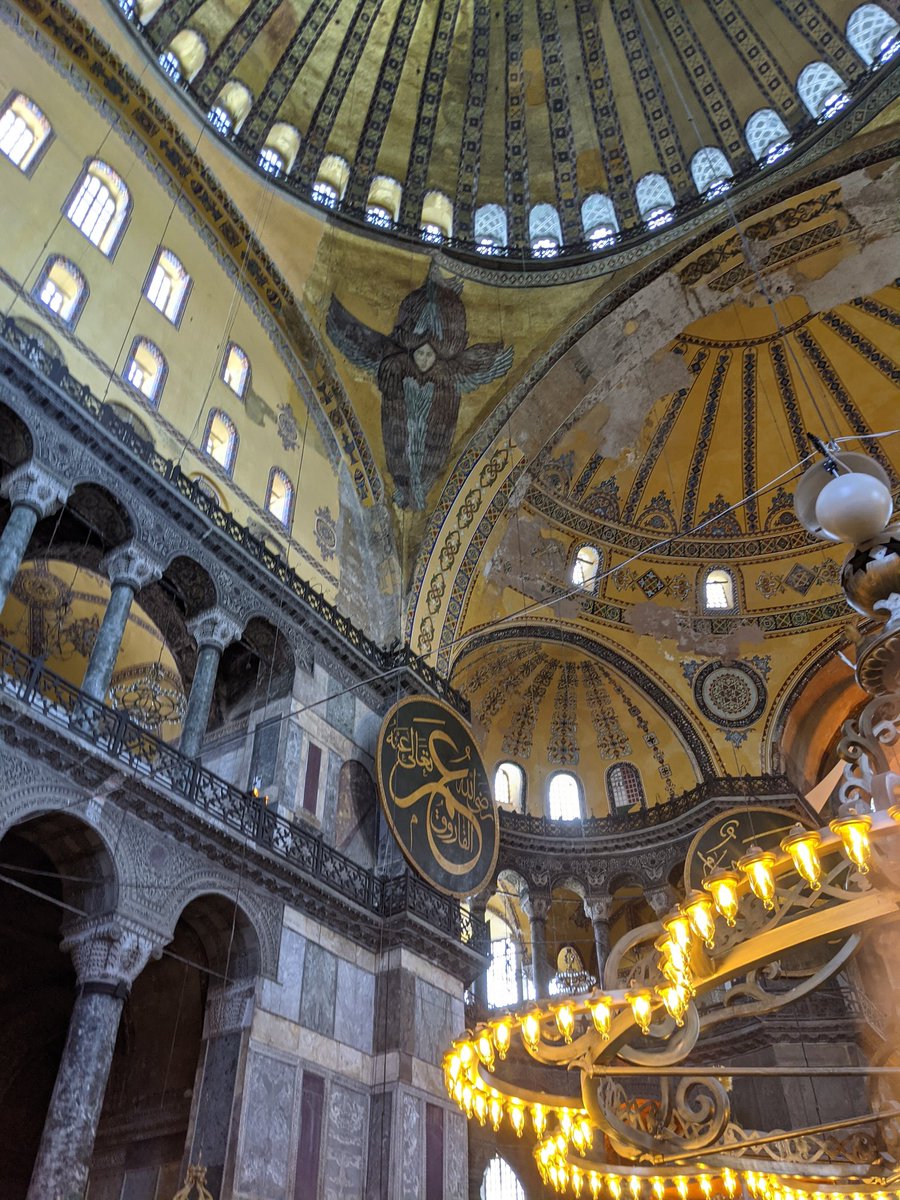 My recent readings cause me to wonder. What was their use originally? Perhaps it was even an industrial use. 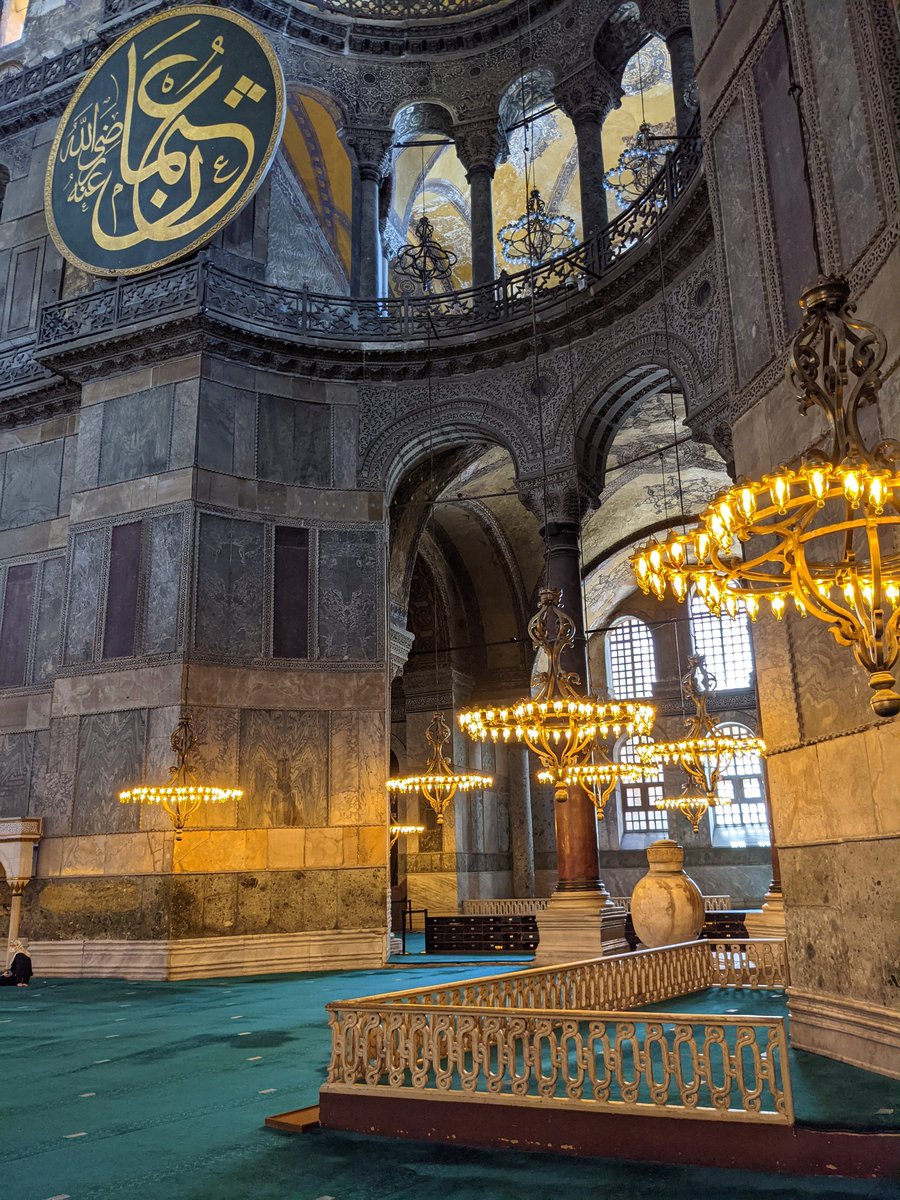 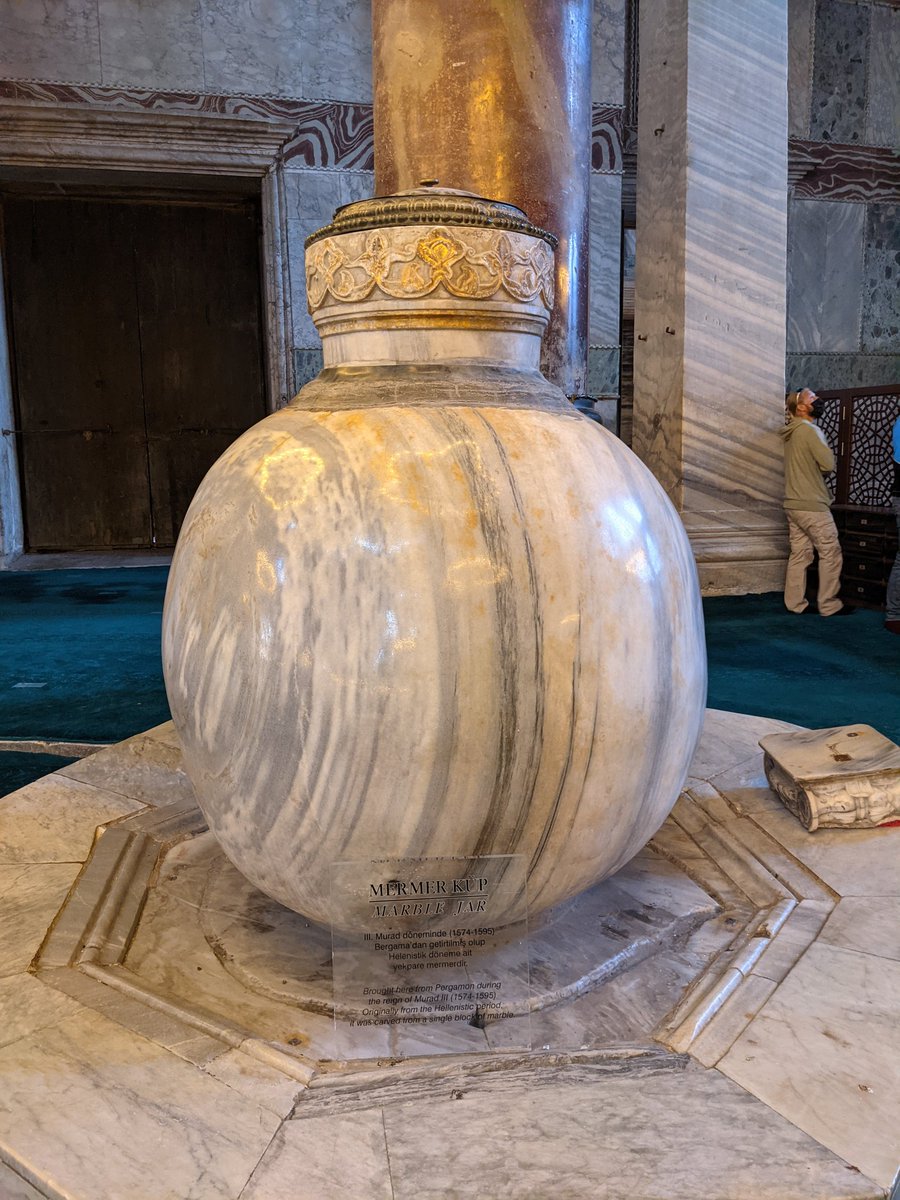 You can follow @SamoBurja.
Tip: mention @twtextapp on a Twitter thread with the keyword “unroll” to get a link to it.