Read on Twitter
Would this be the Daily Mail that opposed schools being included in lockdowns, argued against safety measures and ran a double page hit job on senior NEU leaders on the day I later recieved death threats by phone?
@toryboypierce?
#edutwitter https://twitter.com/doctor_oxford/status/1388234390996754432

This was the day I spent talking to the police after an anonymous phone call that afternoon telling me they wanted me to die and that I would die soon.

It also included descriptions of some colleagues homes and the area they lived in. 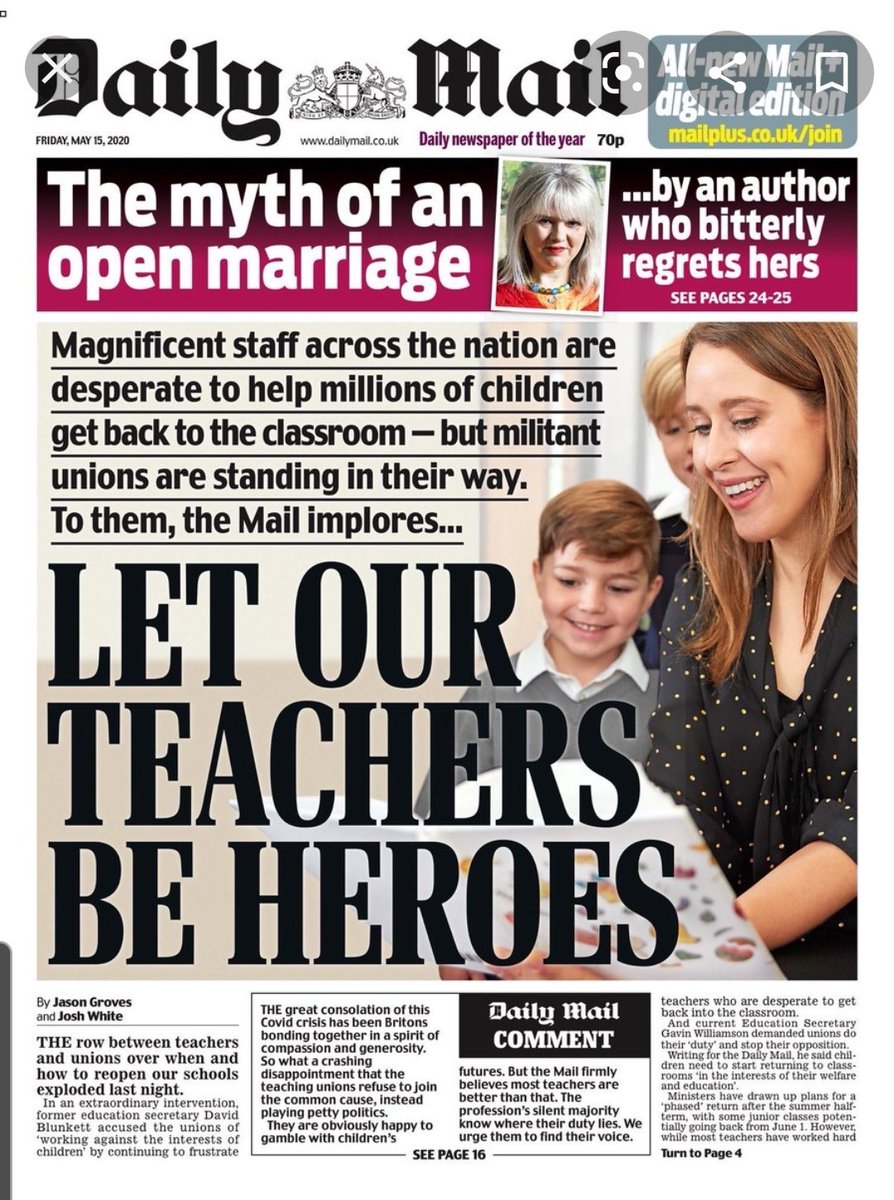 Its become an injoke with @neupresident that we are still waiting for the Mails NEU through the key hole edition of his home, for some reason they missed out the respected head teacher of a top grammar school when they tried to label us all as dangerous left wing militants
I would like to point out this was when government was refusing to release the majority of SAGE's work. Refusing to simple trust the government we forced the first and I think only time SAGE had an official meeting with a non government organisation.
But this is what the papers do. They know that when they point the finger at trade unionists, NHS workers, Independent SAGE members etc they will be setting the trolls on us. They're directing the abuse, but they don't care, at best we're collateral damage in their politics
In the meeting with SAGE @GavinWilliamson didn't bother attending, or share any planning with unions for the next month while media accused us of refusing to engage as our requests for meaningful collaboration with government were ignored.
What were the results of the meeting?
SAGE documents started getting released regularly.

What did they show?
SAGE had produced 9 models for increasing student numbers, Johnsons didnt pick any of the proposals, he'd made up his own https://twitter.com/karamballes/status/1263824155234971649?s=19

They didnt back NEU or Greenwich in December. Media actually attacked us for saying dont send all the students back at the start of January, with masks banned!
And now they are going to start telling you how brilliant it is for live experiments to be conducted in schools without needing consent from all involved

Trials beginning, next week there will be identified close contacts going into a school in Leicestershire and relying on LFD to keep everyone else in the school safe. https://twitter.com/karamballes/status/1388269716096040961?s=19

Although gov planned 5 week intervals for stages of unlocking and it seems to be going well, we might not have seen full impact of schools returning
Schools were only back for a few weeks then we had Easter, we had an unlocking and only recently do we have the two in combination 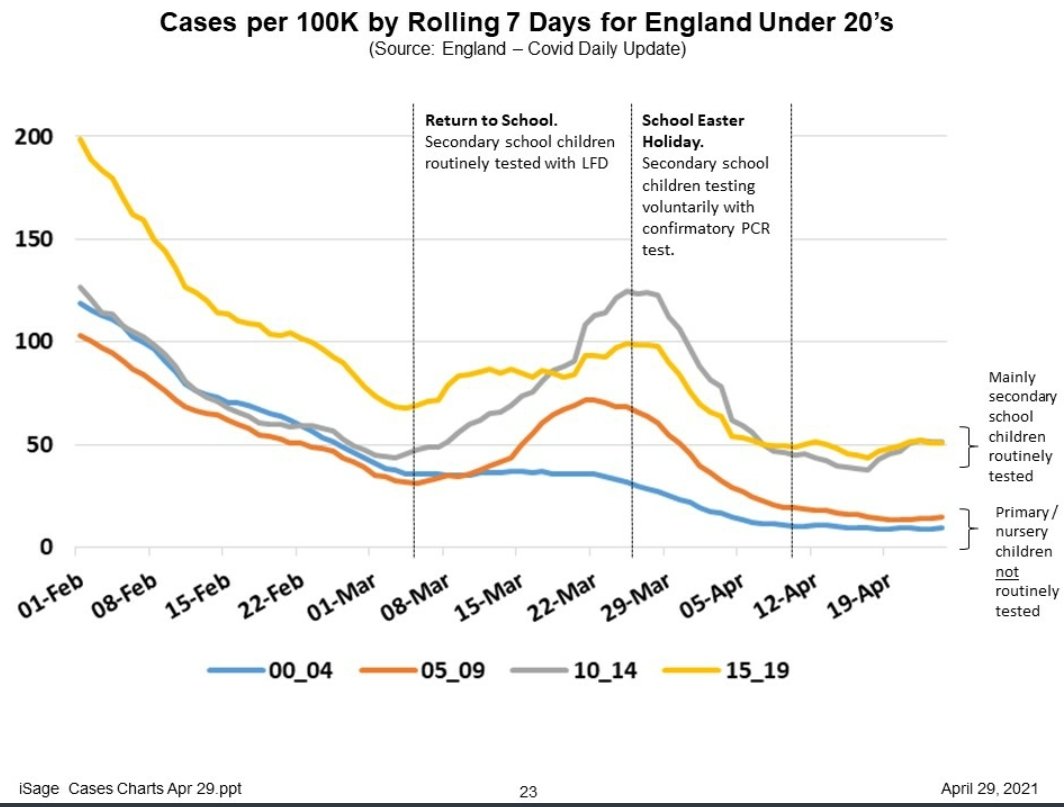 Now more unlocking is on the way in a couple of weeks at the same time as there is talk of removing masks in secondary schools.

Seems like an unnecessary risk to me, if there is talk of indoor mixing in a few weeks, removing masks in schools at the same time appears unwise.
Good thread on where we currently are.

Listening to government it seems they think we have bottomed out for cases and they will start rising soon. https://twitter.com/Kit_Yates_Maths/status/1388093735964139520?s=19