What does the EU’s new 55% emissions target mean for #coal power? 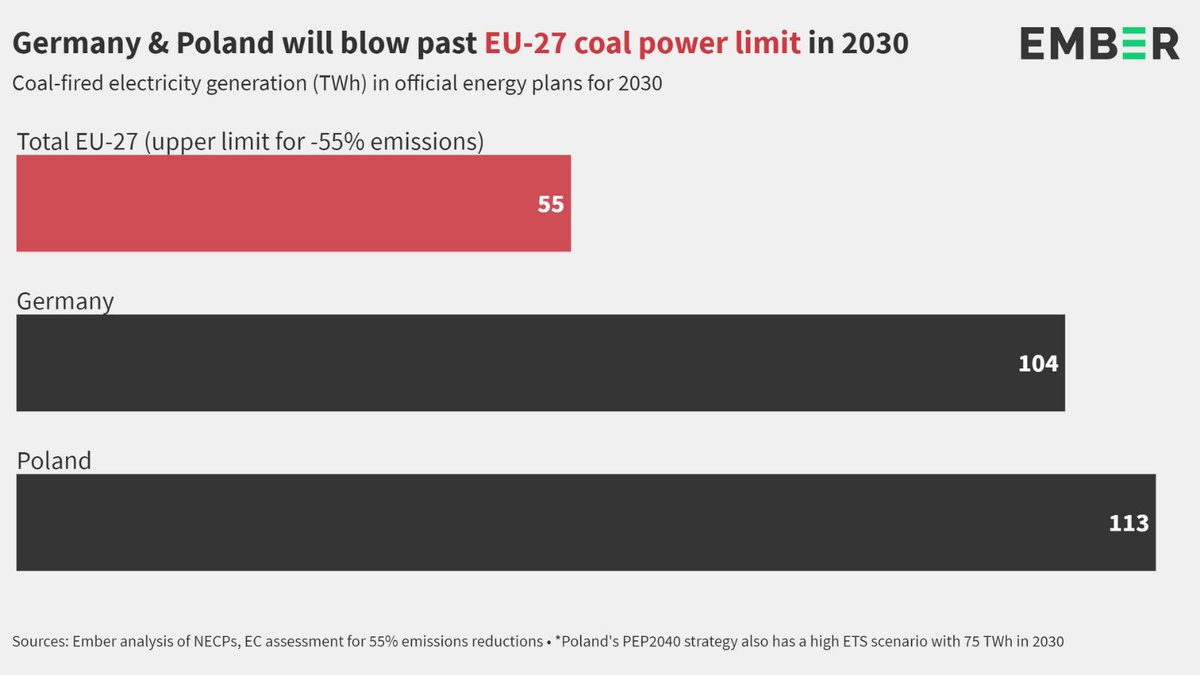 EC models show there can be no more than 55 TWh of coal-fired electricity in 2030 for the EU-27 to be on track for 55% emissions cuts.

This looks achievable. At the current rate of decline, coal power would hit zero by 2026. 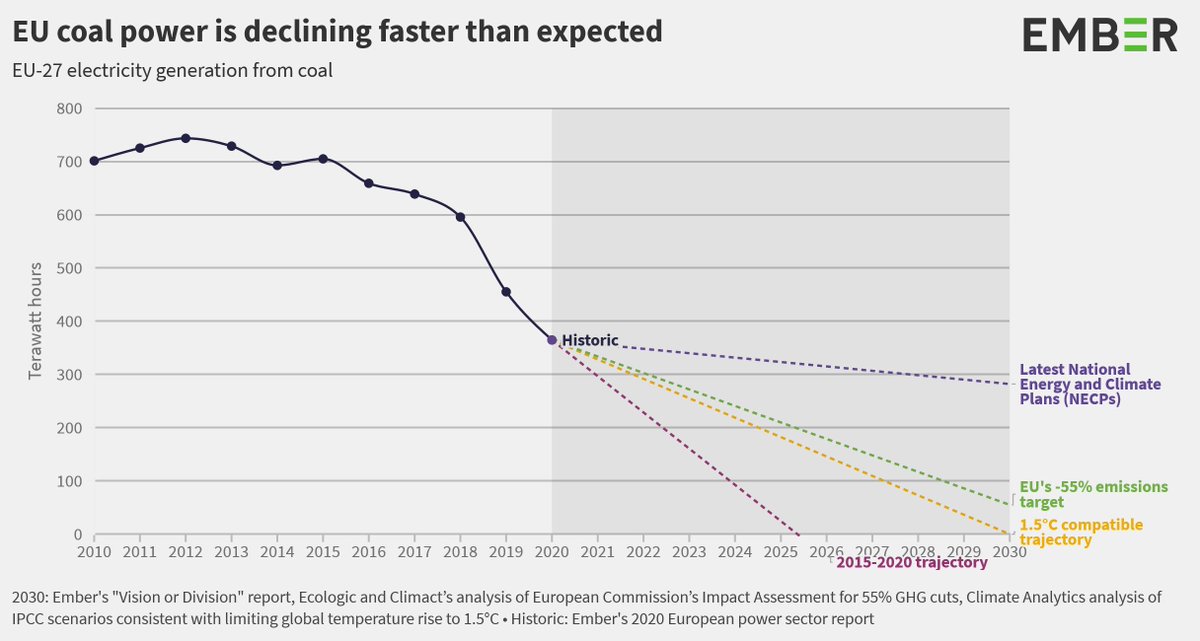 show they are all targeting zero-carbon power in the 2030s - leaving less and less room for coal this decade. 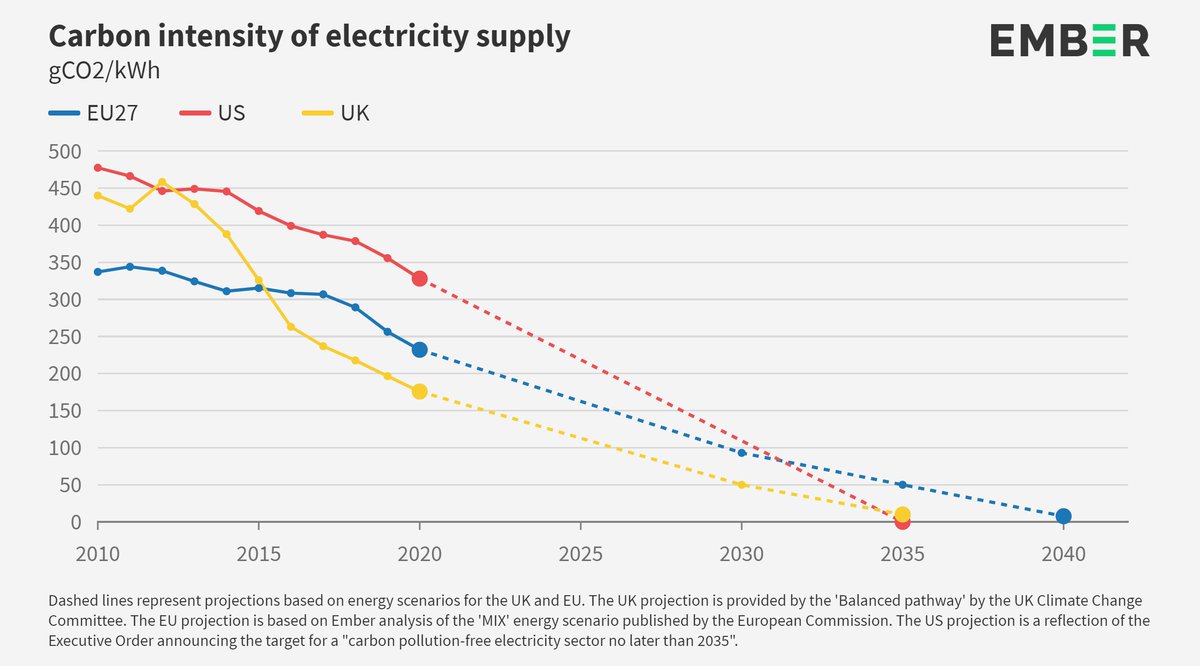 However, some EU Member States missed the memo.

They are still planning to generate 282 TWh of electricity from coal in 2030.

Nearly SIX times the amount the EC says is consistent with 55%. 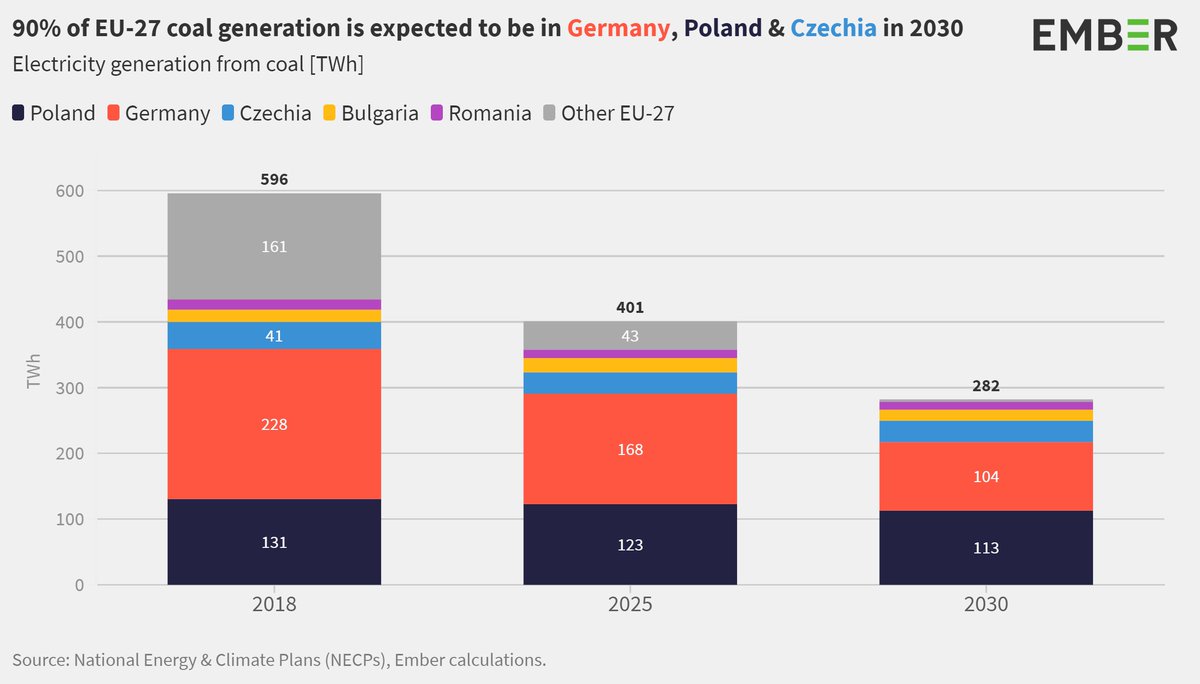 Germany and Poland will be the EU’s two largest producers of coal-fired electricity in 2030, according to their climate plans.

Together they will be responsible for more than HALF of EU power sector emissions in 2030. 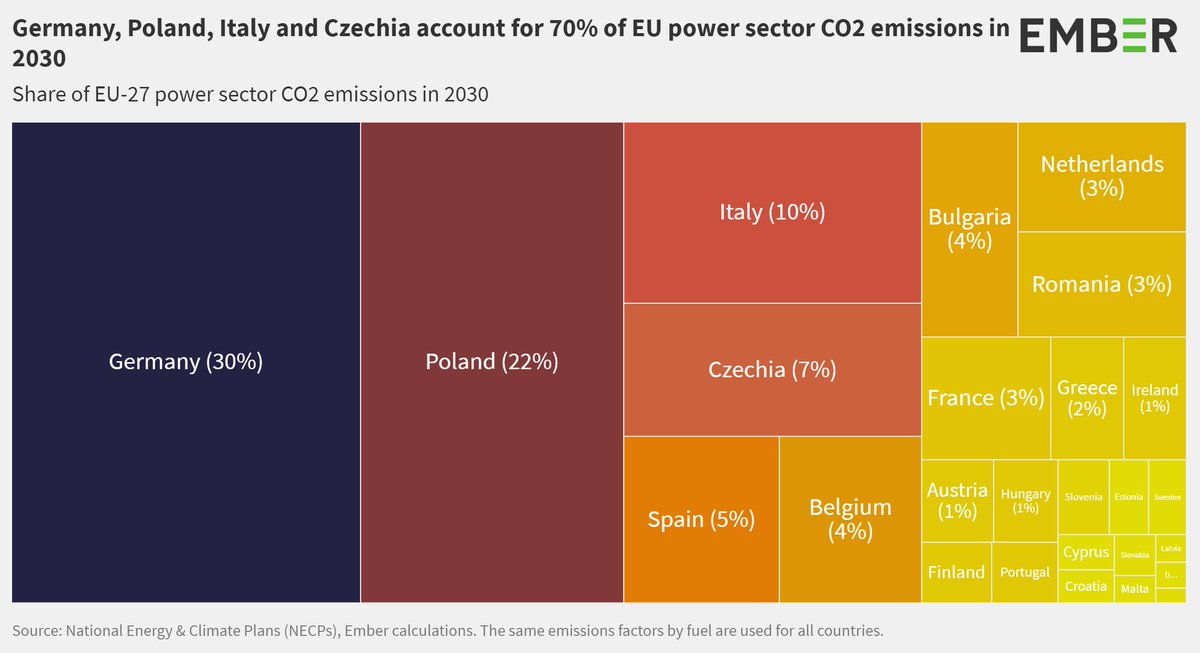 Germany’s chancellor Angela Merkel said at Biden’s #LeadersClimateSummit that she “heard” @antonioguterres and his call for @OECD countries to end coal power by 2030 - but just re-stated the country’s dangerously late 2038 exit date. https://twitter.com/antonioguterres/status/1386308512016334851

All eyes remain on Germany’s upcoming election later this year and what it will mean for its coal exit. https://www.cleanenergywire.org/dossiers/preview-2021-climate-election-set-dominate-germanys-energy-transition-agenda
Preview 2021: 'Climate election' set to dominate Germany's energy transition agenda https://www.cleanenergywire.org/dossiers/preview-2021-climate-election-set-dominate-germanys-energy-transition-agenda
8/

Even Poland’s ‘high ETS’ energy scenario plans 75 TWh of coal-fired electricity in 2030 - single-handedly blowing past the EU’s upper limit for coal in 2030.

But Poland’s assumptions seem out of touch.

The Potsdam Institute found that Europe's new 55% emissions target will see an increase in carbon prices that could end coal power by 2030.

There is a lot at stake. What happens in Germany and Poland will reverberate around the world.

A rapid coal exit is necessary to keep the world on track for 1.5C.

https://www.ecologic.eu/sites/default/files/publication/2020/eu2030-ia-analysis_final.pdf
You can follow @EmberClimate.
Tip: mention @twtextapp on a Twitter thread with the keyword “unroll” to get a link to it.