Read on Twitter
Just a little reminder that when you take down Rudy, you also get a look at this long-time security agent (FARA agent?

) of the Bonesaw Mafia who was Rudy's closest business partner - while representing Trump as his attorney. https://www.nbcnews.com/news/us-news/trump-pardons-bernard-kerik-why-former-n-y-police-commissioner-n1138236
Trump pardons Bernard Kerik: Why the former N.Y. police commissioner spent time in prison

Kerik was sentenced to four years in prison in 2010 after pleading guilty to eight felony charges for offenses including failure to pay taxes.

https://www.nbcnews.com/news/us-news/trump-pardons-bernard-kerik-why-former-n-y-police-commissioner-n1138236
Mr. Kerik's 2007 Federal criminal case - boy, howdy, it sure was a pretty good sign as to what kind of people are associates of Giuliani, y'know? 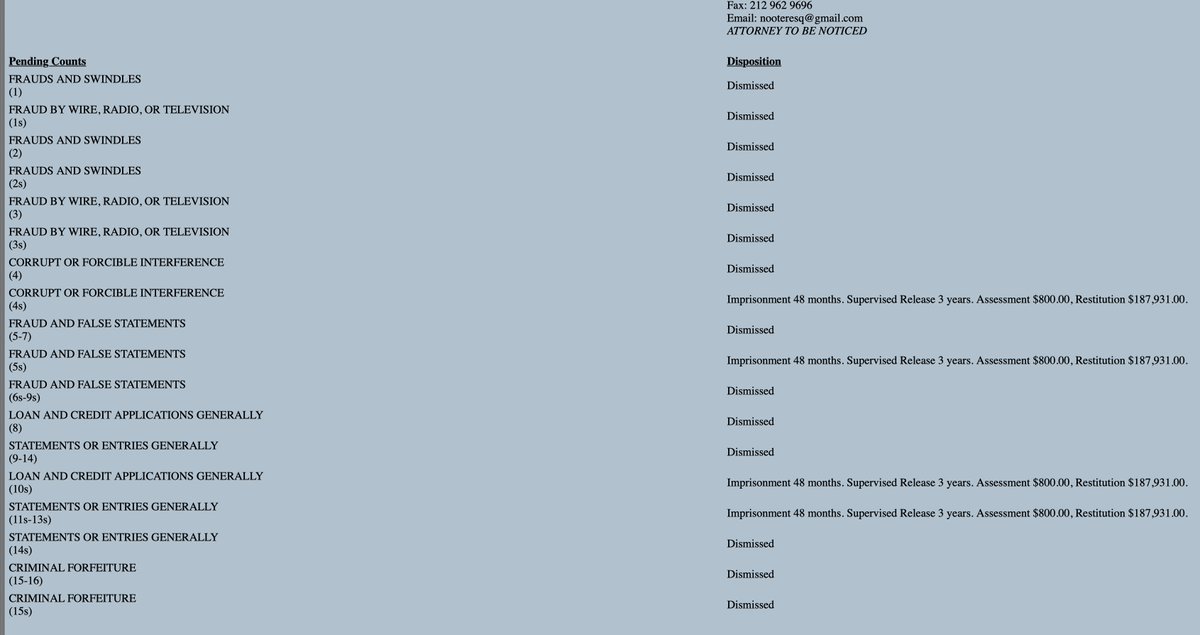 Kerik was in charge of the care and custody of not only gangster, say, from the Russian Mob, but also...flipped witnesses.

And there begins the criminal case against him... 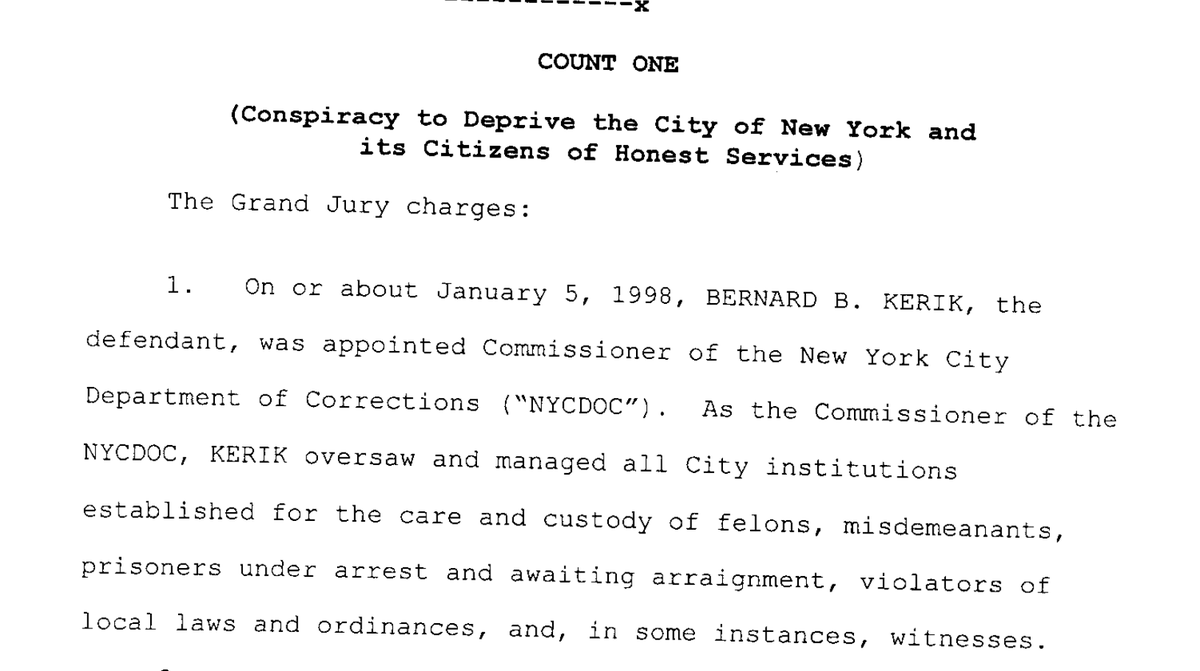 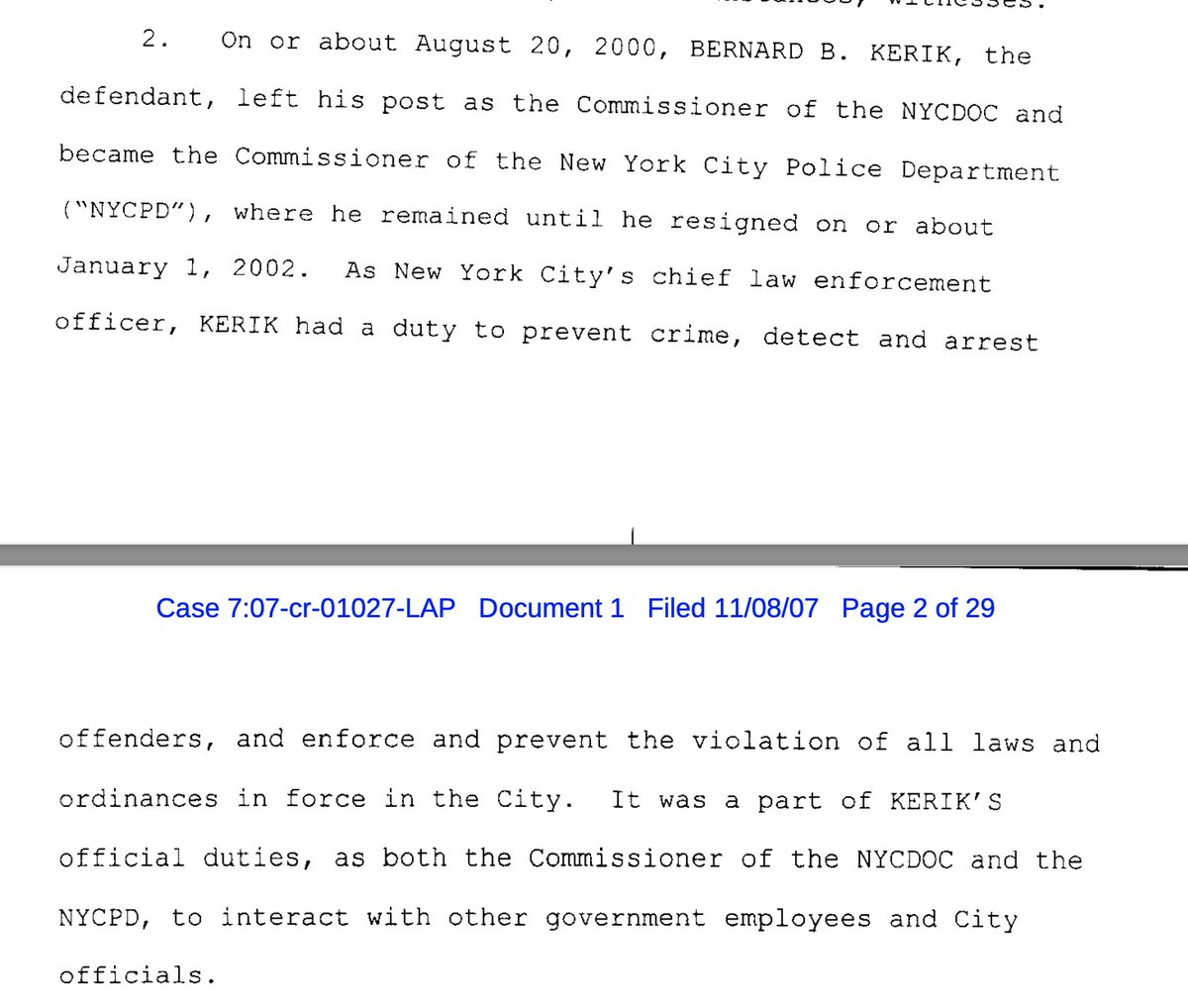 For those of you keeping score at home, this kind of corruption is no uncommon, but the particular contracts in the New York City area, they're in sectors that have...certain associations as to who provides them. 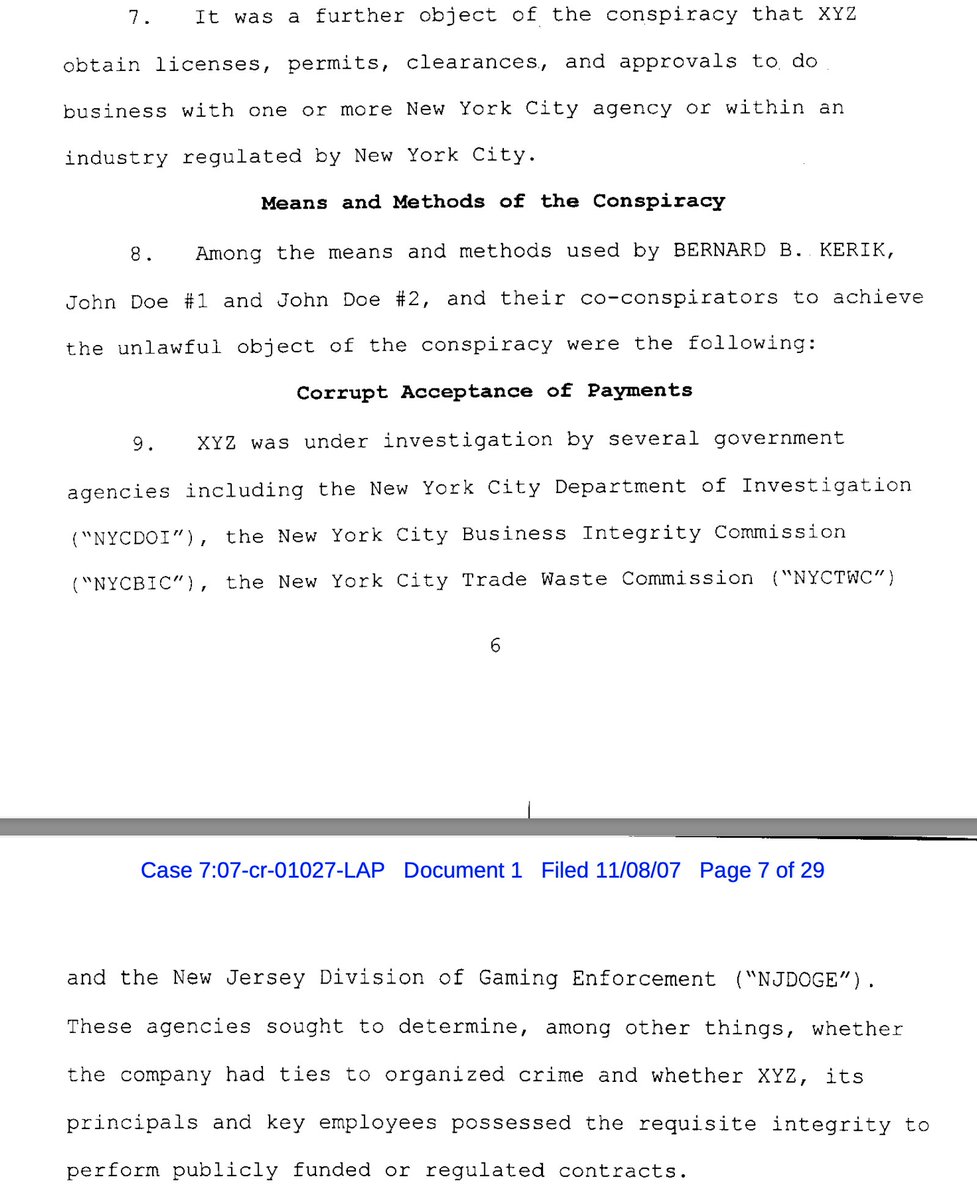 Weeeellll, the Government very quickly comes to the point. 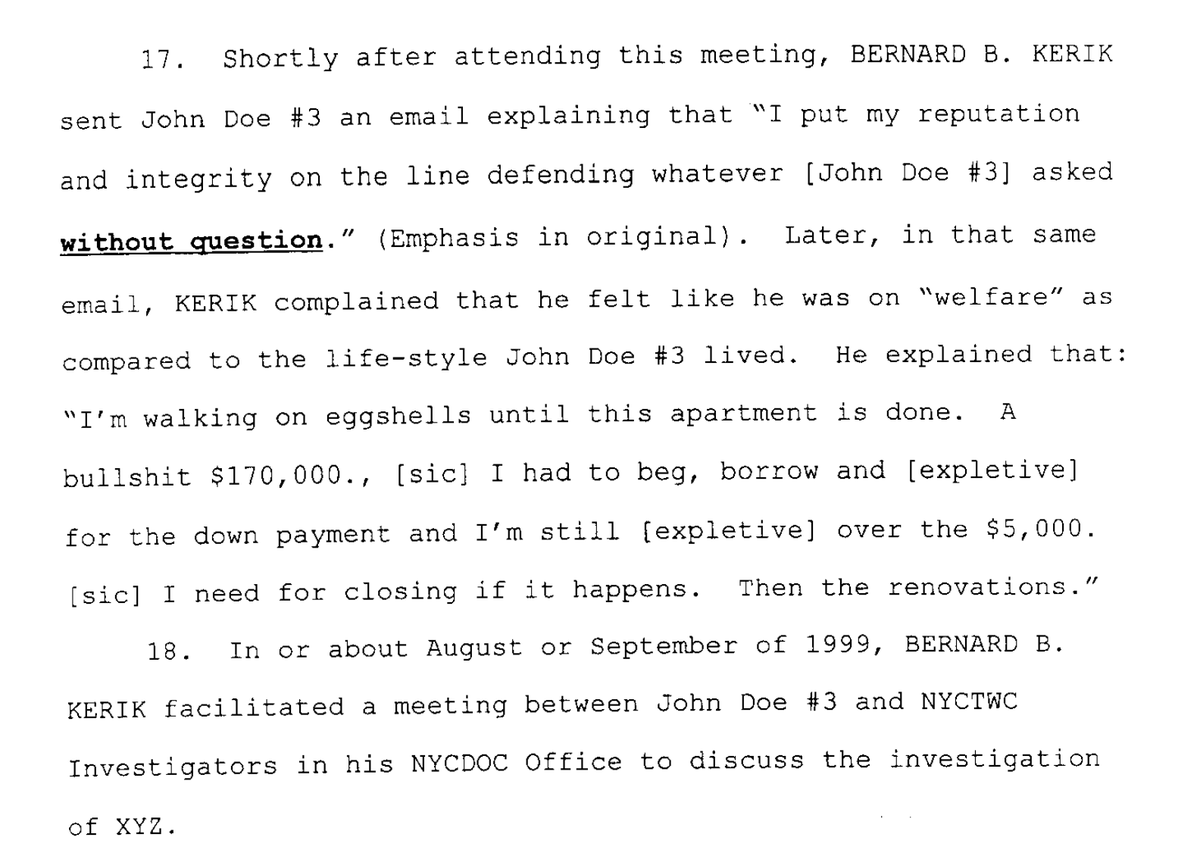 But, ya gotta cover up the vig, so ya get a Delaware LLC, bada boom bada bing bada oh shit it's the IRS 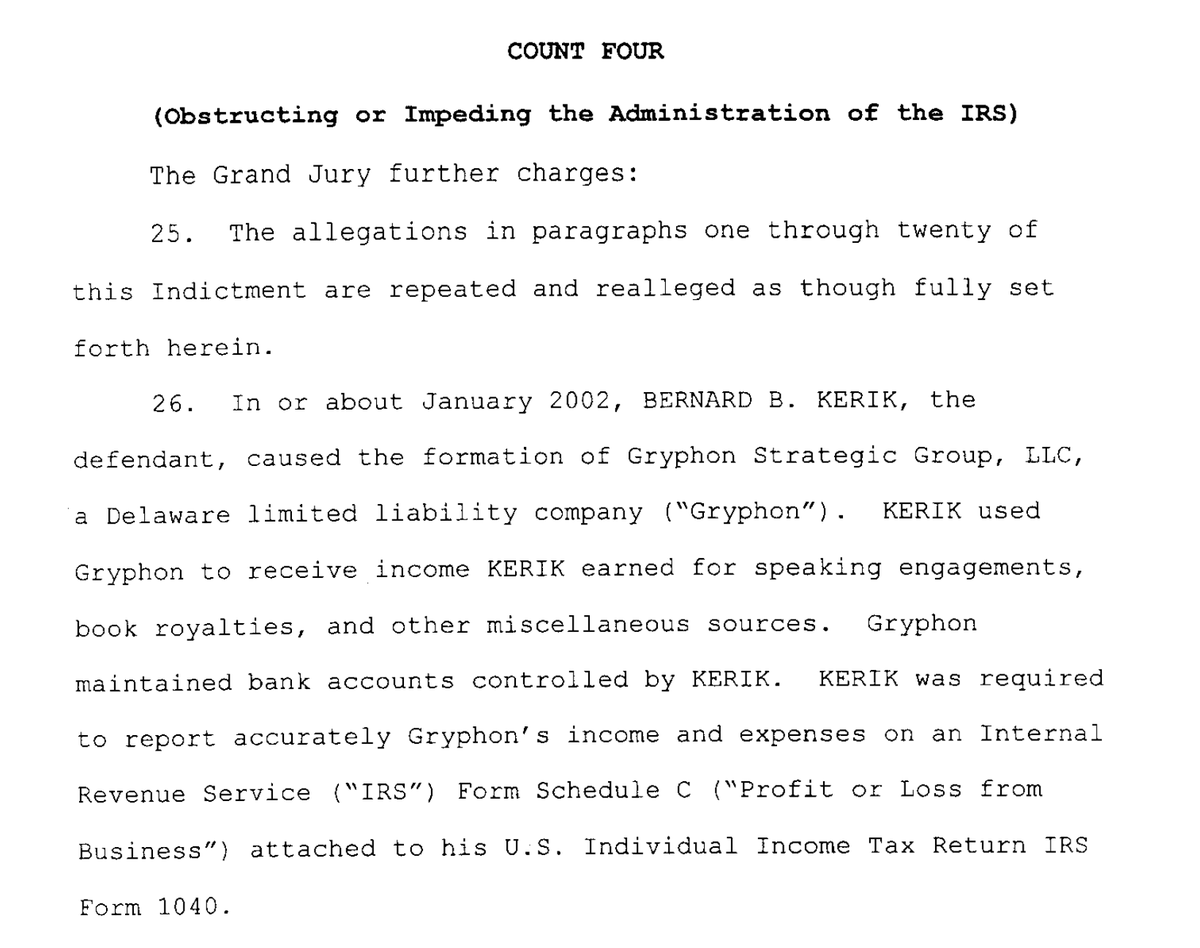 Here's where it gets interesting...

...those who know what I'm referencing...definitely know why.

HERE'S WHERE WE'VE GOT SOME OLD RECEIPTS - that time Rudy tried to jam Rudy into the all-new, post-September-11 "DHS."

Those disclosure forms all include the potential for felony charges if you lie by omission... 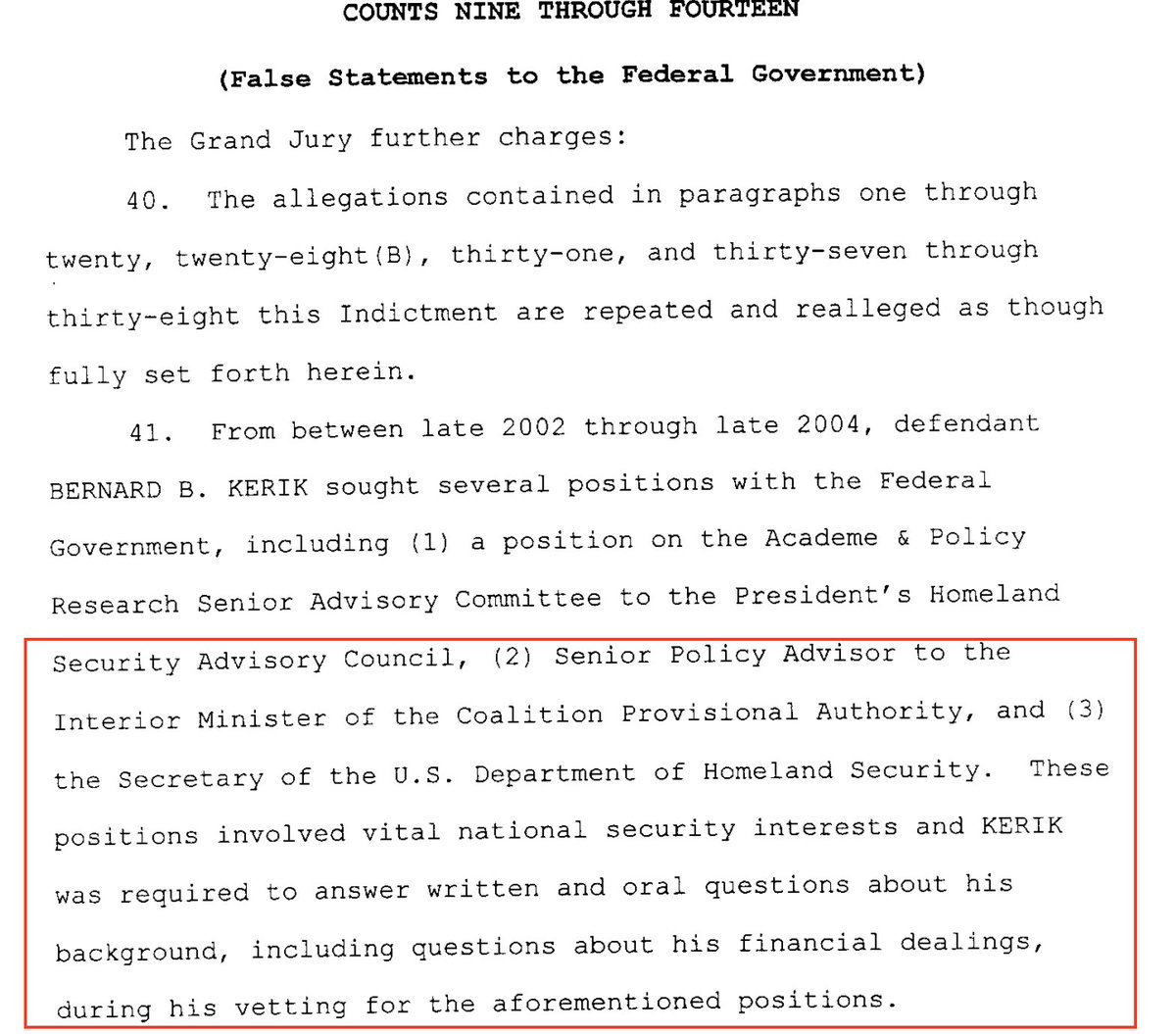 SO IF I'M READING THIS RIGHT, turns out Kerik was taking a financial payment from a wealthy Israeli foreign national, laundering it through an American, and then lied about it by omission while seeking to be the head of all U.S. Homeland Security. 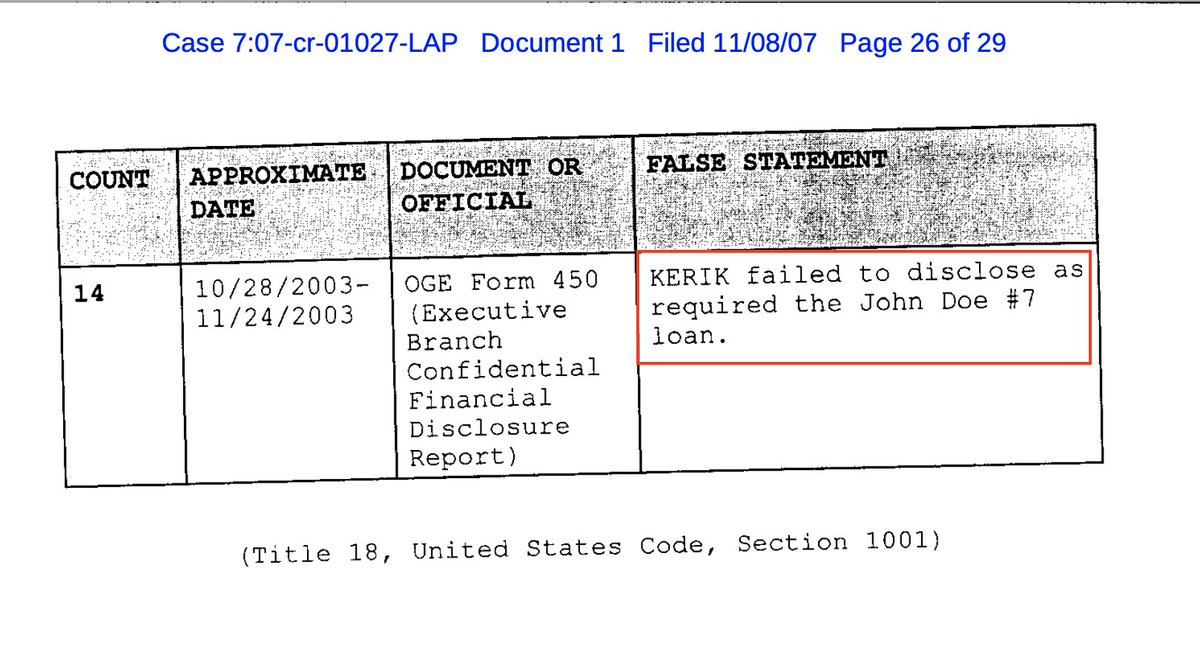 Kerik pleaded guilty to three counts and was sentenced to 48 months. 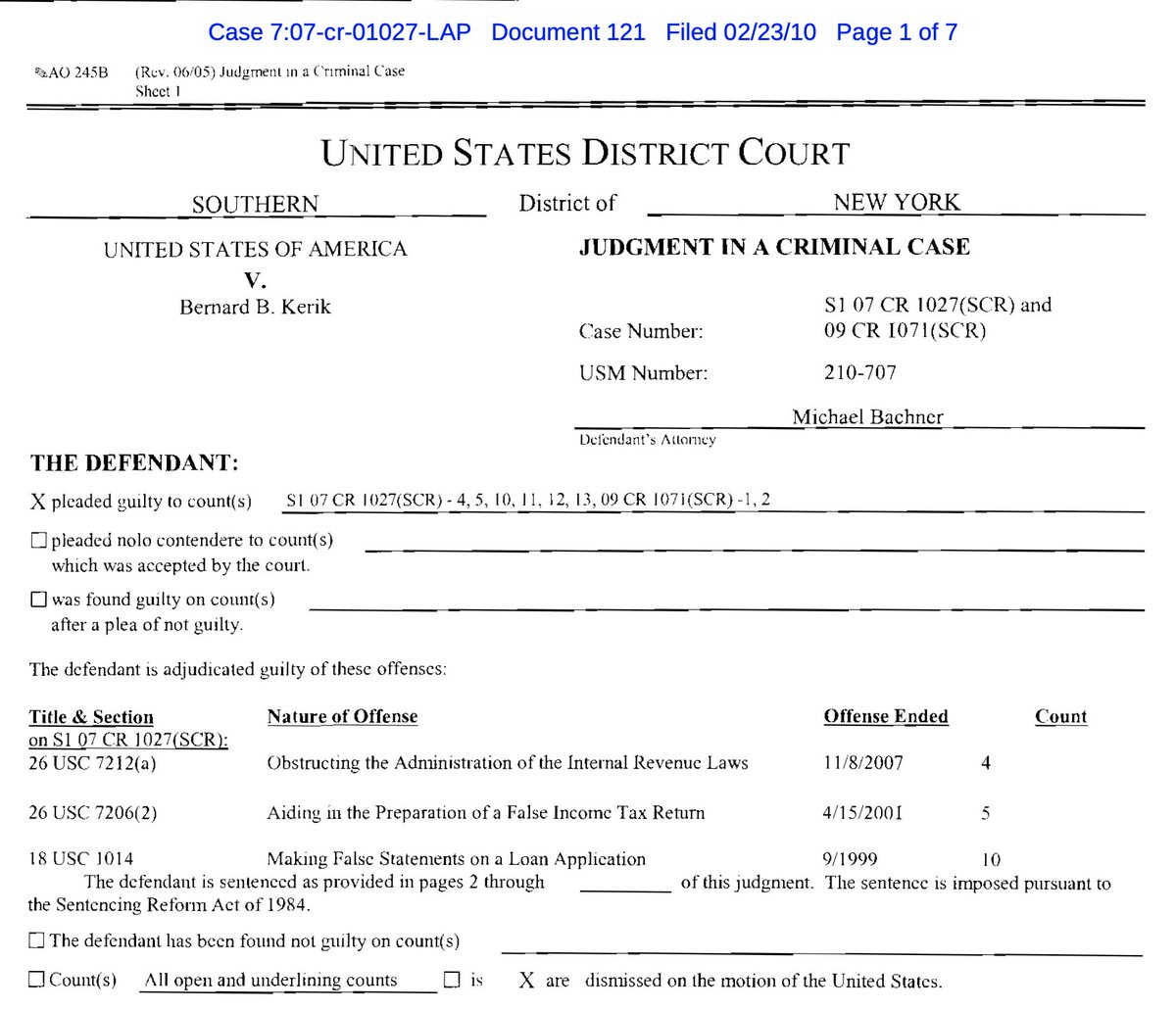 Kerik's still being paying restitution to the Federal Government up through and including the "President Trump" era. 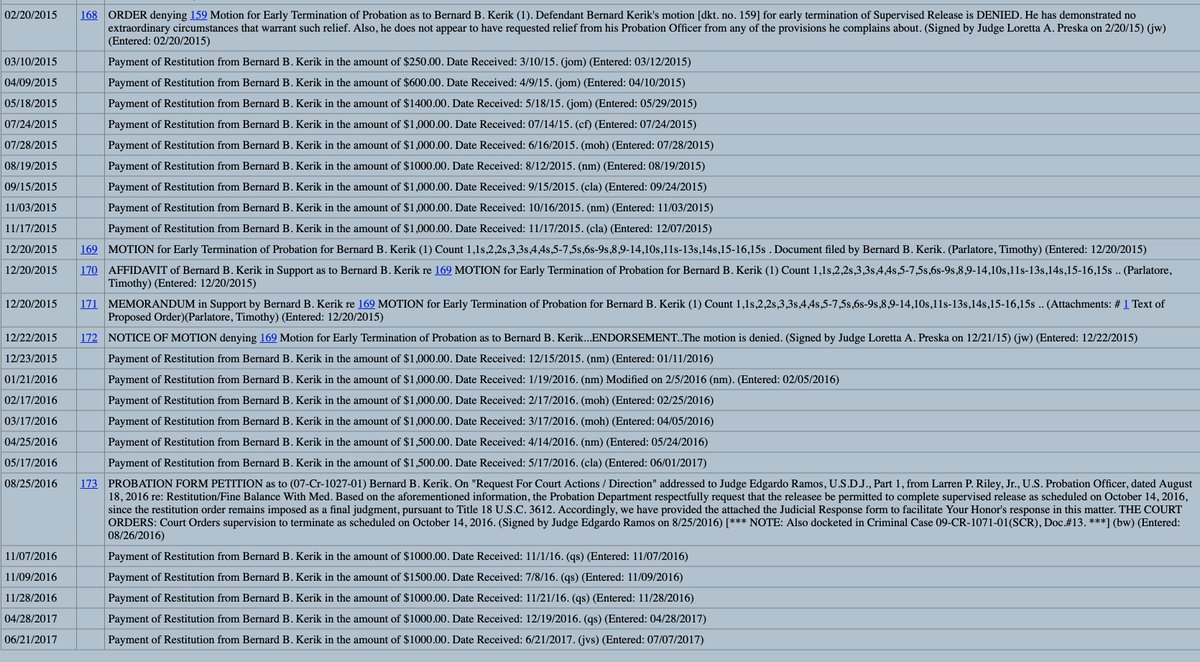 Right after the GOP voted against Trump's impeachment over his conspiracy to attack the 2020 election he then later attacked with foreign enemies, Trump pardoned Kerik. For that stuff that had foreign entanglements around national security... https://www.nbcnews.com/news/us-news/trump-pardons-bernard-kerik-why-former-n-y-police-commissioner-n1138236
Trump pardons Bernard Kerik: Why the former N.Y. police commissioner spent time in prison

Kerik was sentenced to four years in prison in 2010 after pleading guilty to eight felony charges for offenses including failure to pay taxes. 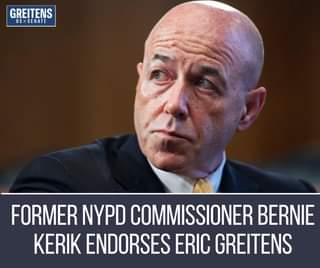