Top military leaders said the U.S. is falling behind China and Russia in the information war.

Trump took no action to stop our enemies' attacks.

Some, like Sens. Johnson and Grassley, aided and comforted the enemy. 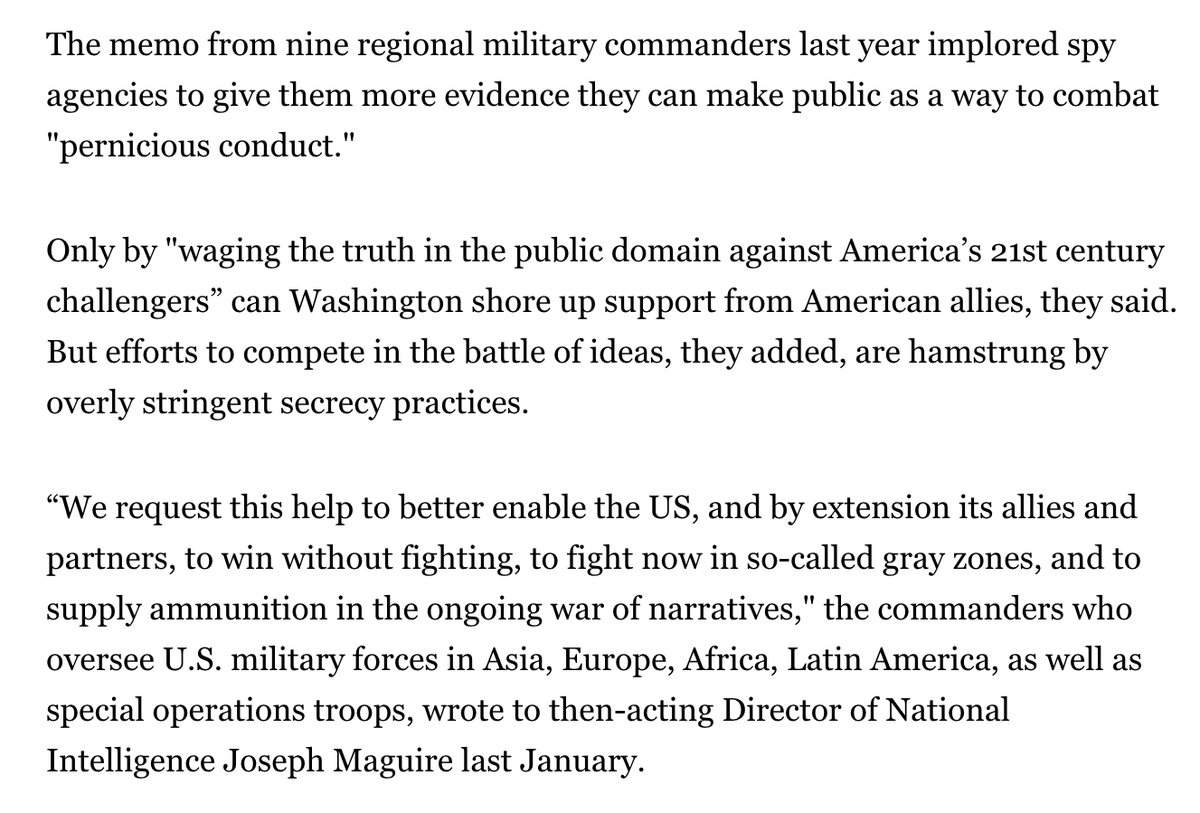 There are huge implications - and blame - for social media and mass media corporations.

Russia and China have used both forms of U.S.-based media to wage what our enemies think of as warfare against us. 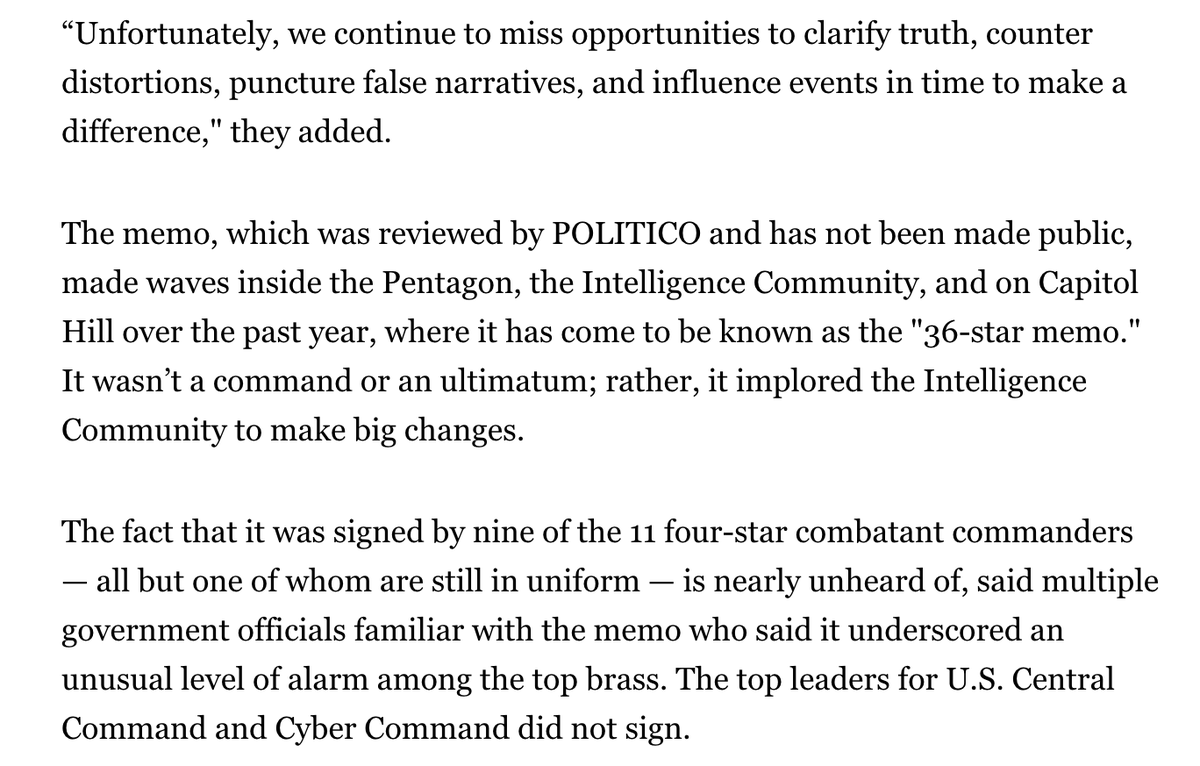 This is the crux for the intelligence community - they must decide what the value is of a secret truth protected by the USIC when our enemies use lies as a weapon.

Divulging secrets has a definite cost. Failing to fight false narratives has a fatal cost.

On the bright side, this is maybe the most unity I've seen from the military to intelligence agencies: PLEASE, GIVE US MORE, SO WE CAN USE YOUR INTEL PRODUCTS TO FIGHT THE ENEMY.

That kind of direct use of intelligence in warfighting is a huge morale booster for spooks.

TL;DR: We're at war with these assholes anyway. 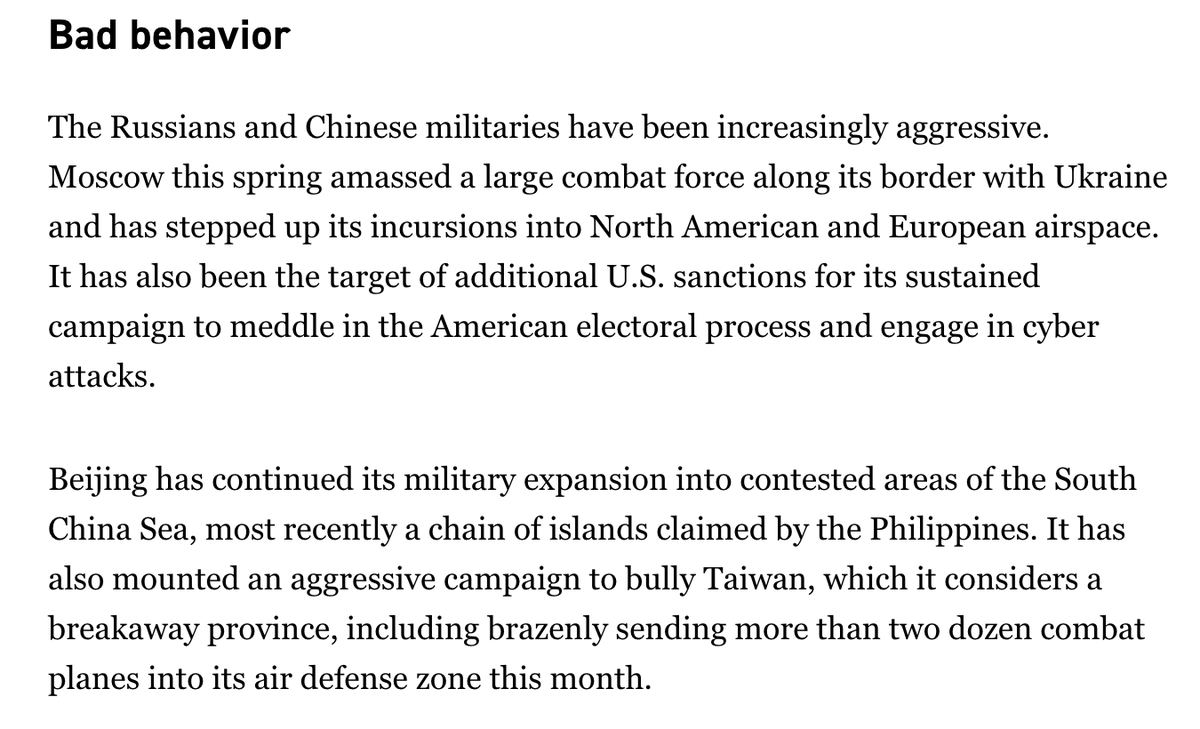 Bottom line, the Joint Chiefs know that Russia and China are waging war. We just gotta figure out how to *tell the people we're at war.*

Oh, and they'll likely be pissed off how these countries are aiming to sicken Americans *and* blame them for it.

1. "Hey we need more cool GEOINT." (And it's true, @NGA_GEOINT is the most important agency most of you have never heard of.

2. "Let us share this stuff. We've got our enemies *caught.* Let us tell the story."

I read this as, "DoD asked for this during 2020. But Trump was still POTUS. Once Biden's people got there, then they started working on how to do it for real, without traitors in charge." 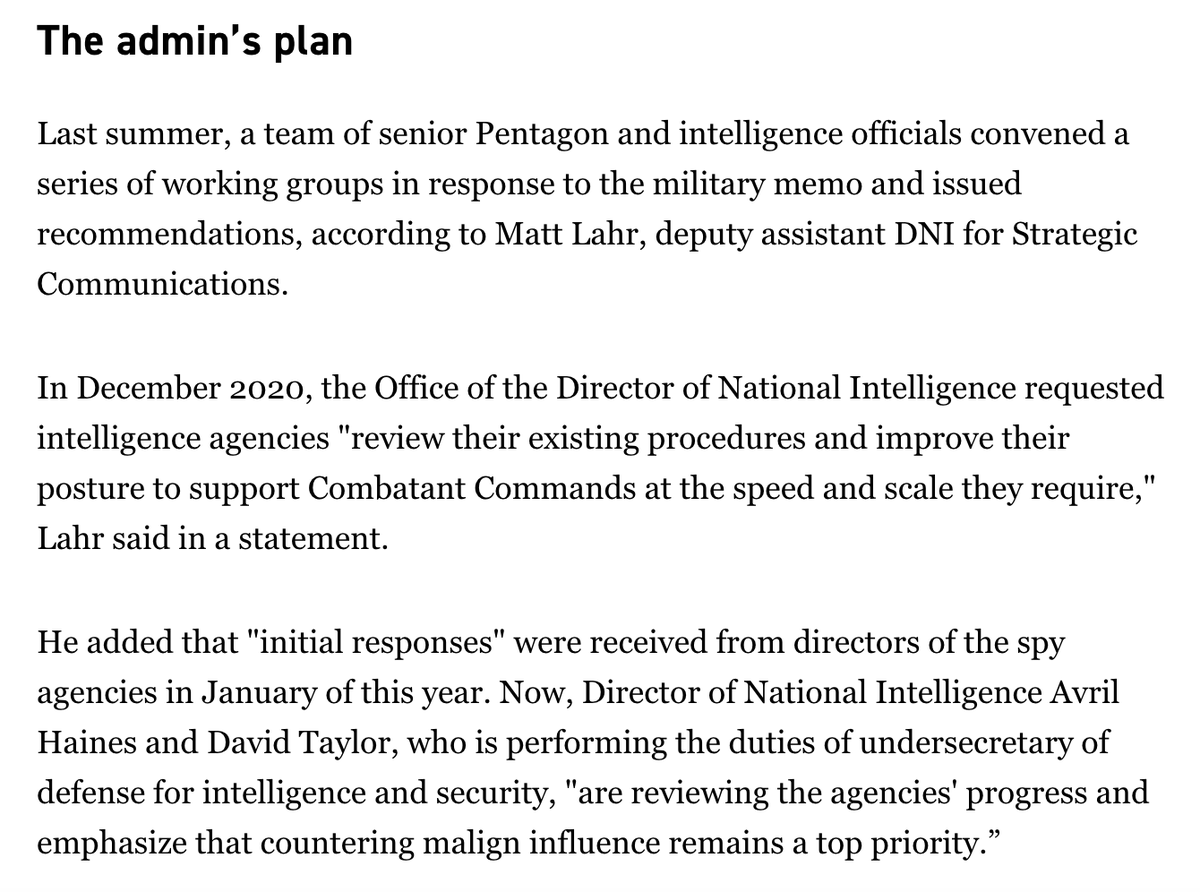 DEAR LORD, I MAY GO BACK TO BEING A BASSIST:

ODNI is directing agencies on how to rapidly understand hostile propaganda effort, figure out their Ops, and call bullshit on our enemies to shape world opinion - safeguarding America and allies of democracy. 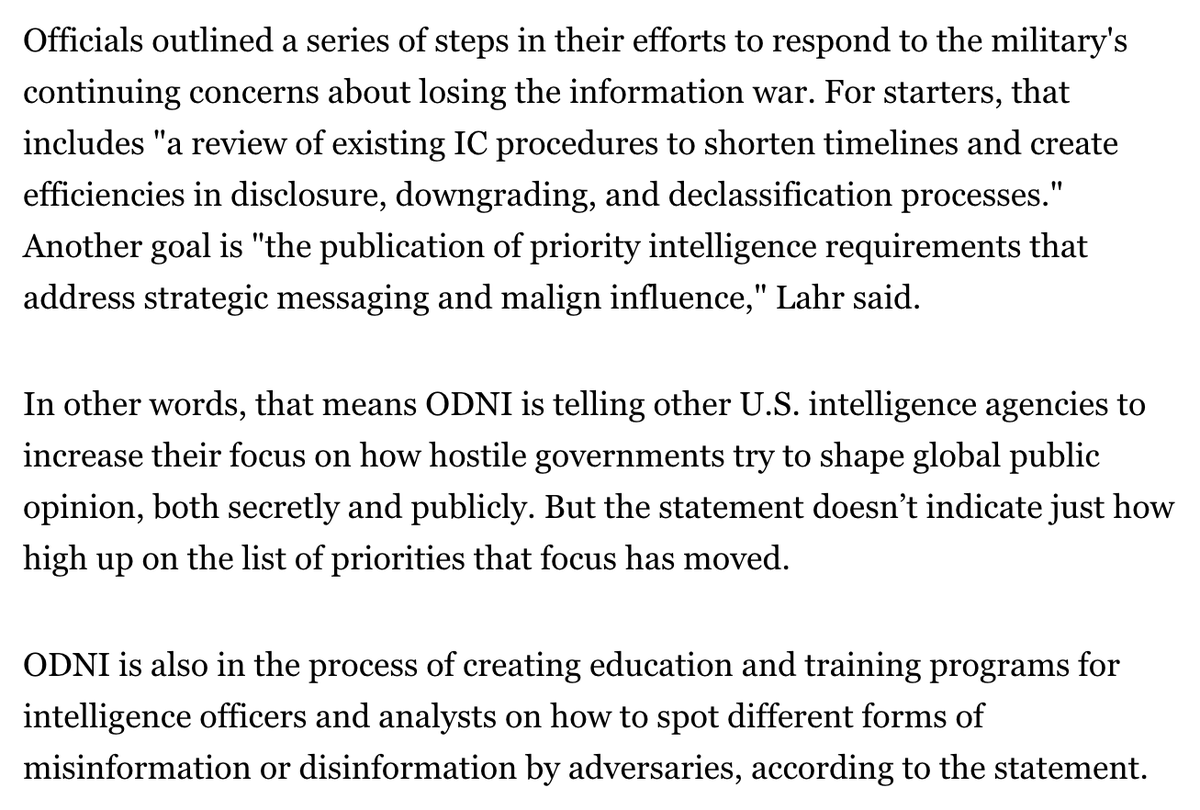 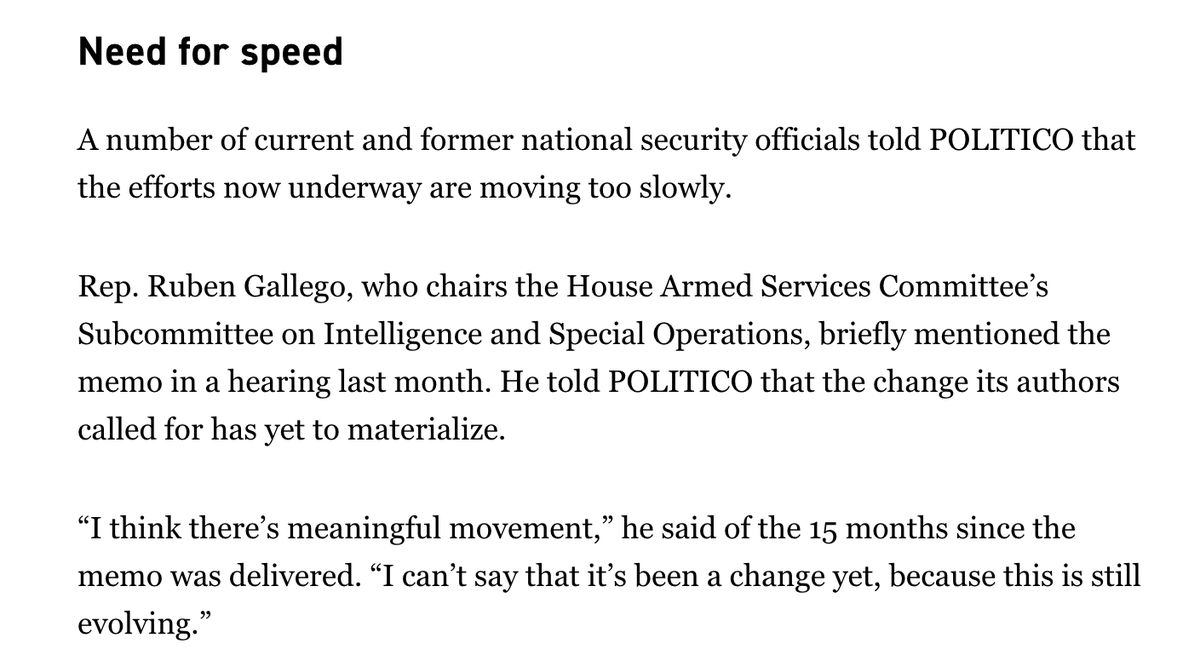 Again, here's the central issue: we're already at war. Russia and China have declared war, and this is the battle space they chosen.

We can prevail here too - but we need to keep on it.

This is a great wrap-up. What's America's key advantage? We've got the truth, Russia and China have internet trolls and HD video of some TV producers in compromising positions with goats.

And the truth...should win that one handily.