Read on Twitter
What do the pledges from last week’s #LeadersClimateSummit mean for the future of natural gas?

An open-ended thread on what we know so far: 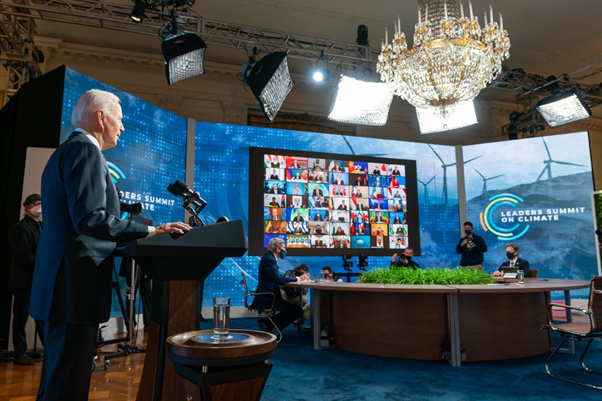 Natural gas is currently responsible for 22% of global CO2 emissions from energy, but is the world’s fastest growing fossil fuel.
https://www.globalcarbonproject.org/ 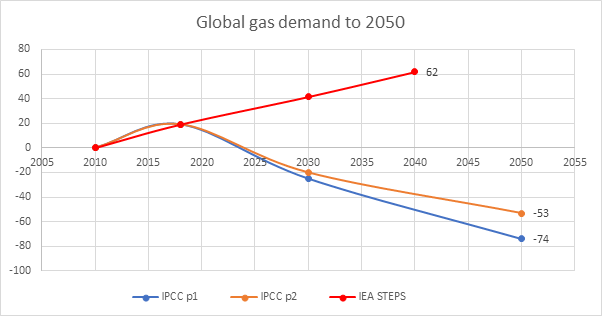 Despite this, only 2 leaders mentioned natural gas directly at the #LeadersClimateSummit.

Emissions pledges will shape gas demand, but this is not always explicit.

The return of the USA to climate action is big news for gas markets.

The US is the world’s largest producer *and* consumer of natural gas, and continued growth was projected.

This will put the squeeze on gas: it can’t be done through coal phaseout alone.

But I haven’t seen a good analysis yet of what the new target means for overall gas demand (hit me up in the replies if you have!)

6/
The power sector accounts for 39% of US gas demand.

The new US pledge for a zero carbon power system by 2035 means the bulk of that demand will disappear within 15 years. (Some residual gas demand for CCUS, tbc).
https://ember-climate.org/project/zero-carbon-power/
7/ 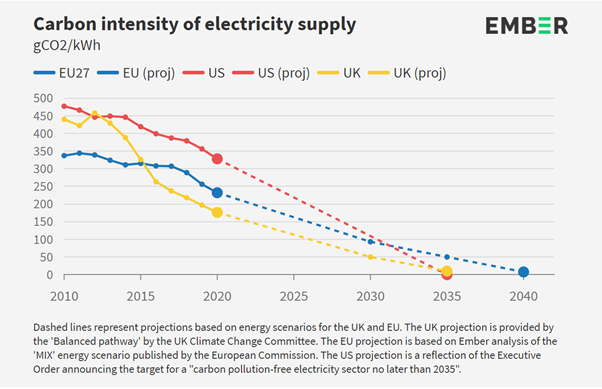 The EU is the world's largest importer of natural gas.

The new 2030 55% GHG target enshrined in the EU climate law will imply a reduction in gas demand of around 36%, according to European Commission modelling. 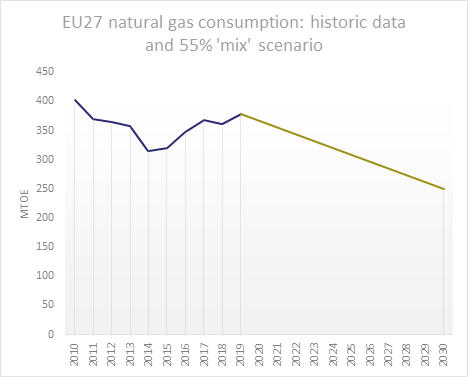 The UK, previously a poster child for the 'dash for gas', announced a new target of a 78% GHG reduction by 2035.

According to @theCCCuk models, this means reducing overall UK gas demand by 49% on current levels by 2035 - even with CCS. 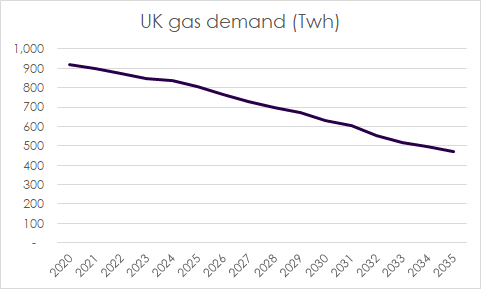 Japan is the world's largest LNG importer. It announced a new target of a 43% reduction in GHGs over fiscal 2013.

Shifting away from coal will do the heaviest lifting, but the acceleration of renewables will limit space for new gas.

Yet Putin was one of the few leaders to mention methane emissions. Is Russia starting to feel pressure on the environmental impact of its oil and gas production?

Vladimir Putin took part, via videoconference, in the Leaders Summit on Climate. Organised by the United States, the event is being held on April 22–23.

http://en.kremlin.ru/events/president/news/65425
China's new commitment to a “gradual decrease of coal consumption” from 2026-2030 could imply more gas in the near term.

China will have to clean up its entire power sector by 2050 if the world is to achieve the Paris Agreement goal of holding global warming to 1.5°C – meaning its carbon emissions must peak much...

https://www.newscientist.com/article/2275172-china-must-act-fast-to-avoid-breaching-the-worlds-1-5c-climate-goal/
Canada's commitment was "meh"
Australia's number-wangling was embarrassing
South Korea and South Africa are still working on their targets
India remained enigmatic
... so I haven't done the numbers on those countries yet.

The US was previously a funder of gas expansion across the world, recently including $5bn for the ill-fated Mozambique LNG project.

This NRDC explainer of the new US finance announcements is worth a read:
https://www.nrdc.org/experts/han-chen/us-climate-finance-plan-restricts-fossil-fuel-finance

This is a clear signal the United States will move away from financing coal, oil and gas projects overseas. Now is the time to make sure the details deliver on that necessary drive to urgently shift...

https://www.nrdc.org/experts/han-chen/us-climate-finance-plan-restricts-fossil-fuel-finance
The US announcement on ending international fossil finance follows similar decisions from the UK and EIB.

During a virtual meeting on April 14th, under the chairmanship of Bruno Le Maire, French Minister for Economy, Finance and Recovery, governments of Denmark, France, Germany, the Netherlands, Spain,...

Expect them to come under pressure for their oil and gas financing next.

On the production side, US, Saudi, Qatar, Norway and Canada joined a new Net-Zero Producers Forum.

Together they represent 38% of global gas output - but it's still not clear what the initiative will entail.

So in summary: despite the lack of explicit reference to natural gas, the outcome of the #LeadersClimateSummit implies a changing outlook for gas demand, finance and production.

Let me know in the replies if you know of other useful analysis.

19/
Final thought: there was little coverage of the Leaders Climate Summit in the gas industry trade press. Much of the industry discounts these sorts of commitments anyway.

But if the pledges are in fact met or exceeded, many gas industry players could face a hard landing.

20/
You can follow @jonathangaventa.
Tip: mention @twtextapp on a Twitter thread with the keyword “unroll” to get a link to it.