Read on Twitter
I was with the team yesterday when they got a call from a single dad.

They aren’t going to post about it because after the phone call we pulled into a parking lot and all 4 of us just cried.

They aren’t going to post about it, I will so please read this thread, I guarantee that everyone can relate, cause everyone’s needed help before.

When you hear someone who is so selfless, giving, supportive and outright awe-inspiring say:

“I don’t know if I can do this anymore”
So many people in our beautiful province province of #Alberta are in need that many do not know where to turn. So many people just give up because they are judged for needing help.

God forbid you ask the government for help right???

#Help #community #compassion #COVID19 #Live
Here is the run down on the phone call we had with the single father.

He has a charming and precocious 6 year old son who came on the phone and got angry at us for making his strong dad cry, but his dad quickly explained that they were happy tears.

#parenting #Sons #KidsFirst
You see this father was contacting @HarvestHillsYYC for help because he had NOWHERE else to turn. He had tried so many places and groups and businesses and government agencies that his head spun.

@CTV_CAMILLA @CTVMorningYYC @Kerry87183816 @CassieCampbell @CBCEyeopener @CBCNews
He got help from a few places but it wasn’t enough, and some help came with strings attached. Here’s why:

When he got help from #AlbertaWorks, they gave him one time help with rent & utilities. But what the agent he talked to said to him stunned him into silence.

#speechless
The agent said: “well if more people got off their couch and looked for work instead of relying on the government to bail them out of a tough spot...things might wouldn’t be so bad right now with covid and all the other stuff going on right now that is being caused by covid...
...you should have asked your friends or family for help or tried to take out a temporary loan with you’re bank to help you through the next few months or at least until everyone is vaccinated and things go back to the way they were before!”.

The dad was stunned speechless. #YYC
When he told the Alberta-works worker that many of his friends and family are in the same boat as him...the worker actually told him he should find better friends or look for a rich wife.

Maybe the worker was having a bad day or was trying to joke with him.

#MentalHealthMatters
That’s no way to talk to someone needing help. Jenn told him how to lodge an effective complaint with AlbertaWorks and he is going to do that, but he said when he called them again to ask for help they turned him down because he had already gotten help from them in the last year.
You see all this dad was asking for help to pay his Shaw cable/internet bill of $189.63 and his cell phone bill which was $73.80.

The worker actually had the audacity to say well surely you could go without one or the other right?

#Wow #Fathers #BeingADad #SingleFather #Hope
He said “uh excuse me but no. I can’t go without my phone because I need to have a way for potential employers to contact me because I AM Looking for a job. In fact I’ve handed out over 350 resumes and only have gotten three call backs, even then I was told I was overqualified”
“I need the cable and Internet because my son is autistic and we use the Internet to #FaceTime his grandparents who live in another country each and every single day. If you can’t have compassion for the people you talk to on the phone, maybe I should be speaking to someone else”
The agent hung up on him and he didn’t have the energy to call back and wait on hold to talk to someone again and to start explaining everything all over again. So he googled Calgary Help and @HarvestHillsYYC popped up on a #Facebook post for Calgary and the surrounding area.
So he called. A HHCC volunteer answered and said “How can we help?”, the rest was history.

I could go into more detail about what was talked about, up to and including that the only friendly places he had any sort of compassion and help from was @ParachutesP and @BeTheChangeYYC
Another one of the reasons he needs Internet is so his son can video chat with his biological mother who is incarcerated.

He refuses to cut his son off from his mother, or his mother’s family. This dad said “After all, it takes a village to raise a child right?”

#Parenting
He talked about a few other things that I don’t feel comfortable sharing but I can certainly empathize and feel this dads frustration.

#FeedYYC
So this is why I’m personally asking for everyone’s help.

This is why I’m asking for help for this single dad.

I may have had a shitty childhood but if I can use my platform to make life better for someone, I will.

#ICARE #AMillionLittleThings #mondaythoughts #MondayMotivaton
Now the reason everyone was crying because everyone was feeling frustrated in regards to the fact that funding was so low.

Donations are drying up and demand for assistance & help is increasing more and more each day.

#Unemployment #InThisTogether #DisabilityTwitter #WeCare
If there’s ANYONE that can help them by donating...even a $1.00 can help, cause that is one more dollar that they didn’t have before and after a while it adds up!

To have a proud father reach out only to be treated badly but then have the faith to reach out again, I admire him.
You can donate by sending them an etransfer to: [email protected]

They also have other ways to donate on their website which is:

http://www.harvesthillscarescalgary.ca
As promised here is a pic of my neighborhood. I swear to post another pic if we can help @HarvestHillsYYC get enough to not only help this single father but to fill their hamper requests for the week! 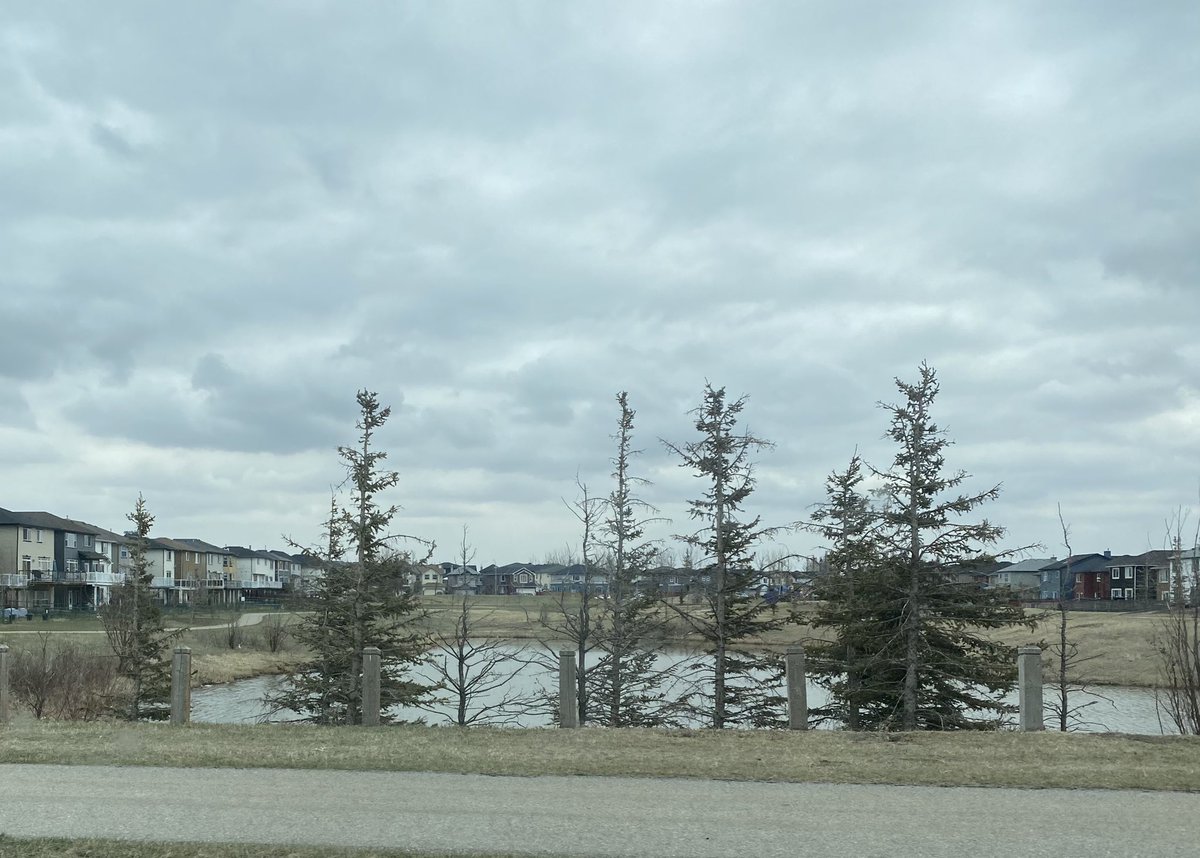 You can follow @Hell_Berta.
Tip: mention @twtextapp on a Twitter thread with the keyword “unroll” to get a link to it.