A story of America's discovery:

It was year 1491.Pope needed money for crusades.

He sent Columbus to look for world's richest country of that time, India.

Columbus landed in that continent & thought he had reached India

Until 16th cent, America was called " INDIA"
This is the earliest known map of America from Charta cosmographia (1544).

This is from the diary of Columbus, the man who "discovered America" and "First European who set foot in America".

He writes on December 26, 1492 "profits of my enterprise should be spent in the conquest of Jerusalem " Xtians and Muslims fought Crusades for control of Jerusalem 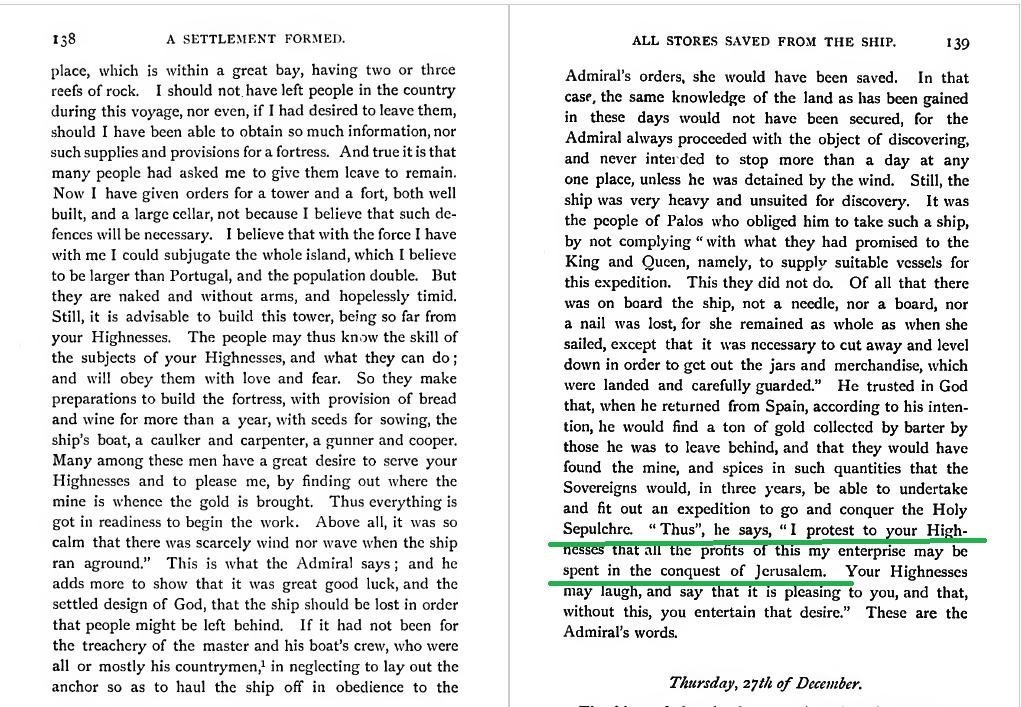 Apart from gold, silk and spices, there was another important reason why Columbus took sea Voyage to India (and ended up accidentally discovering America).

America was born from the desire of Christians to get hold of India's riches and convert Hindus. If not for India, America as we know today would not have existed.

The evidence is undeniable

You can follow @BharadwajSpeaks.
Tip: mention @twtextapp on a Twitter thread with the keyword “unroll” to get a link to it.