Read on Twitter
You may have noticed a weird sense of shock and exhaustion from climate and energy folks around Australia's PM's showing at the #LeadersClimateSummit.

I think it's a really significant moment, and tried to explain why here: https://reneweconomy.com.au/morrison-finds-shameless-new-way-to-fake-climate-action-as-world-steps-up/

https://reneweconomy.com.au/morrison-finds-shameless-new-way-to-fake-climate-action-as-world-steps-up/
For a few days now, PM Morrison has been saying that Australia's emissions have dropped "by 36%" from 2005 levels. But that's not right: it's 17-20%, according to the latest official data (most under another gov't, the rest due to renewables + COVID19) 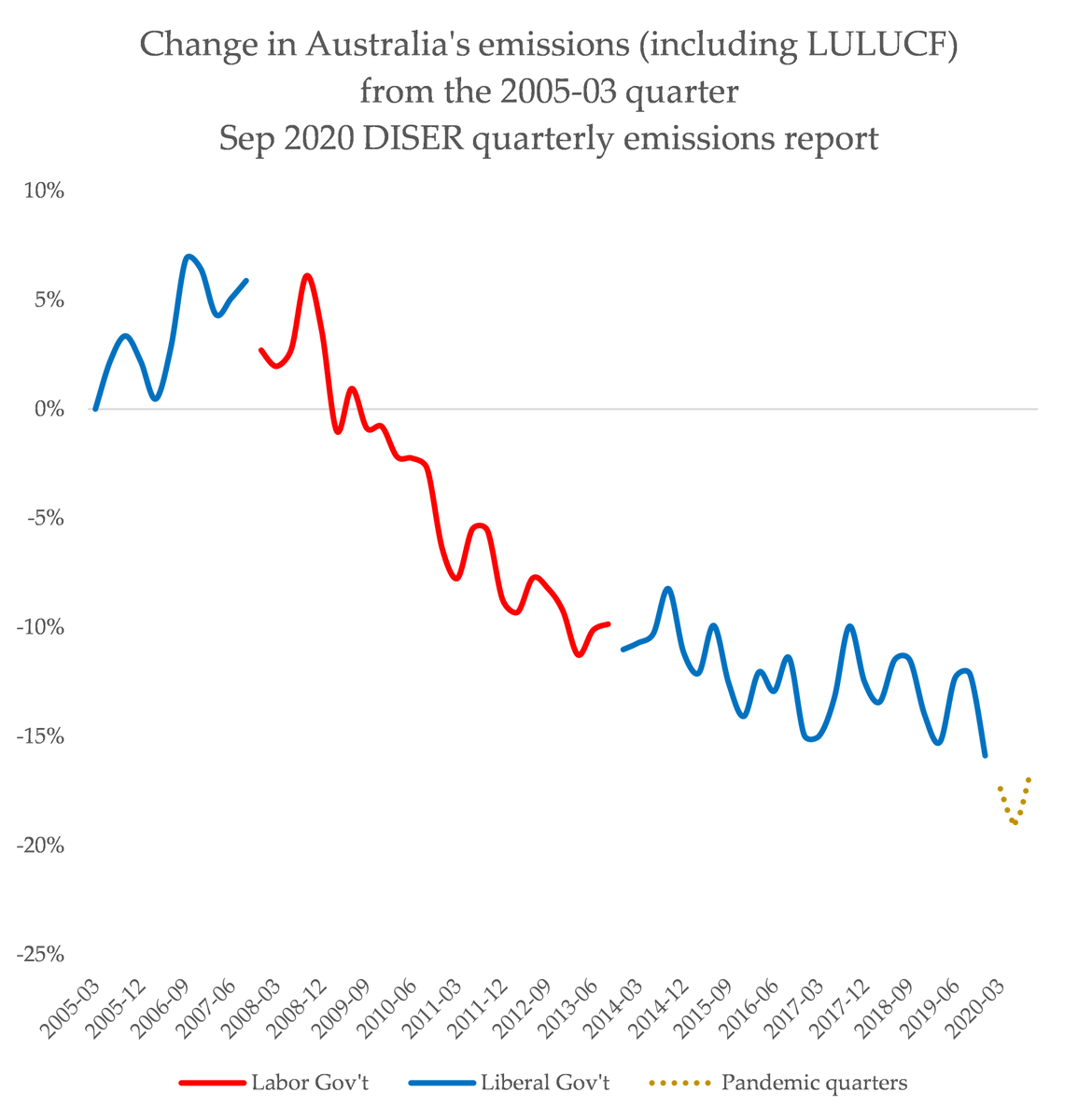 So how did he get 36%? It's just *so* wrong. First, he described it as "domestic emissions", then at the Biden summit he was more specific, saying "when you exclude exports". 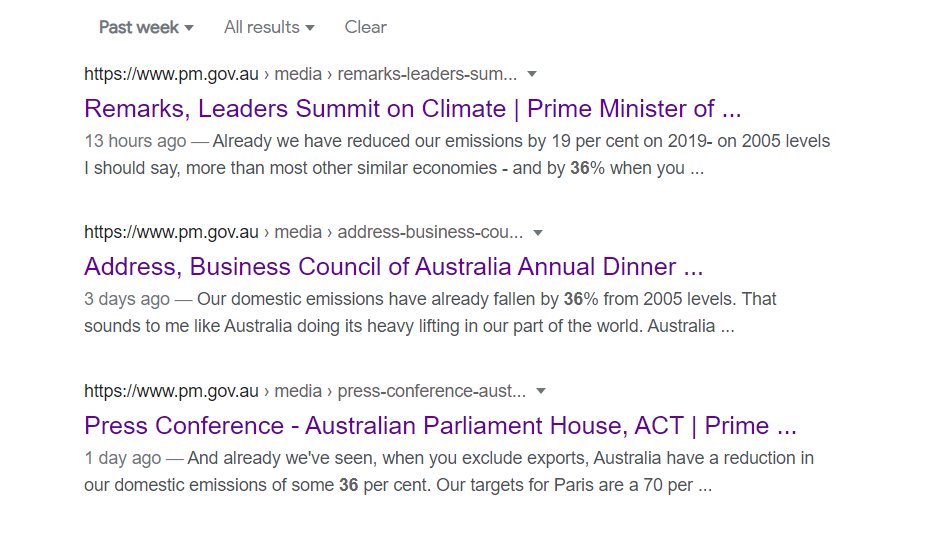 Currently, the emissions from *making stuff* - including making fossil fuels - is counted where it's made.

If Australia imports a laptop, the emissions from making it stay counted where it was made. This is "territorial" emissions. 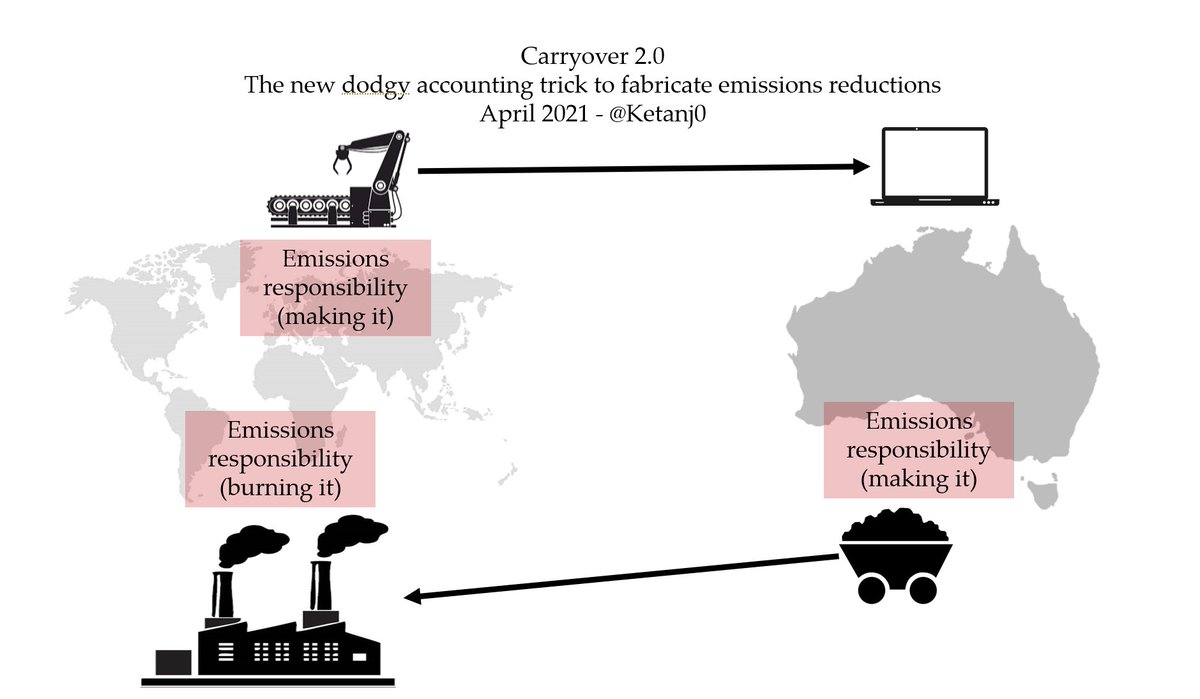 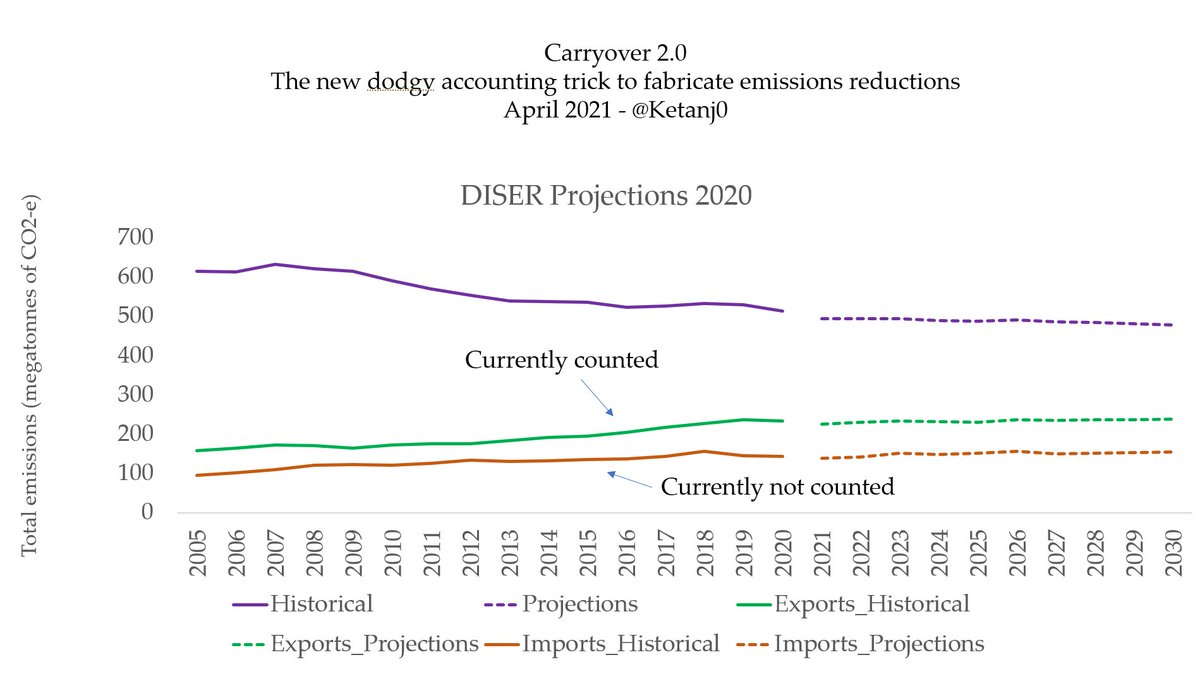 If you swap this - and count making-emissions for the final destination of the thing - any country that makes emissions intensive stuff benefits.

This is the "consumption" method, and Aus' emissions are lower if you do it this way: https://reneweconomy.com.au/morrison-finds-shameless-new-way-to-fake-climate-action-as-world-steps-up/ 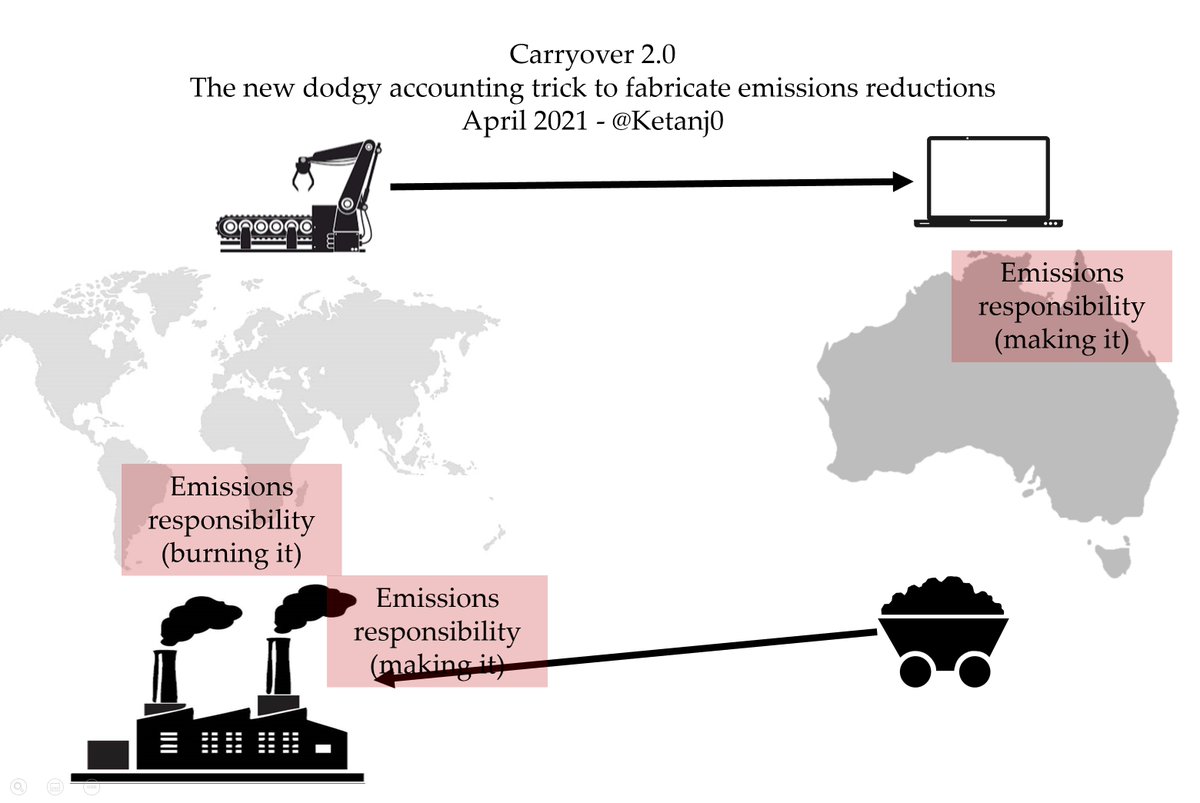 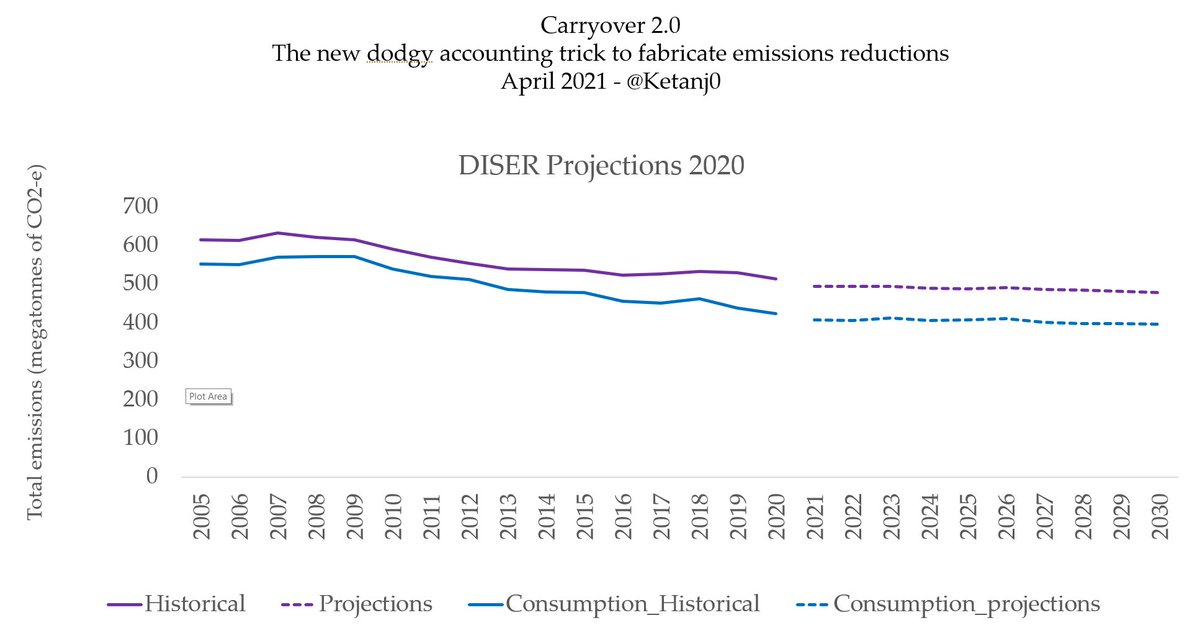 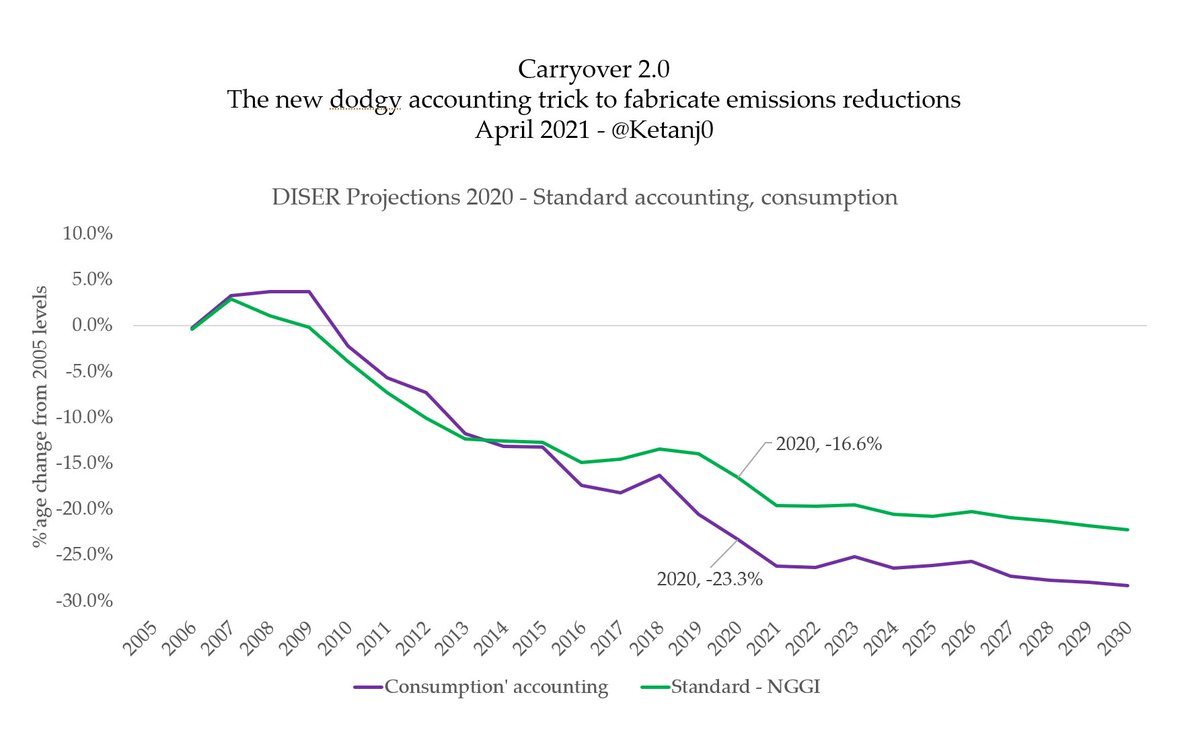 Can you guess what's happening here? I didn't, because it is far, far worse than I anticipated.
Here's what happened: They have done the first step (ignore emissions from exporting) but left out the second step (count emissions from imported stuff).

So for trade flows, 100% of the emissions responsibility goes *over there*.

WHAT.
*That* is how Scott Morrison reached a figure of a 36% emissions reduction from 2005 levels.

By inventing an emissions accounting method that is just raw, high-intensity selfishness, and one the world would never accept. 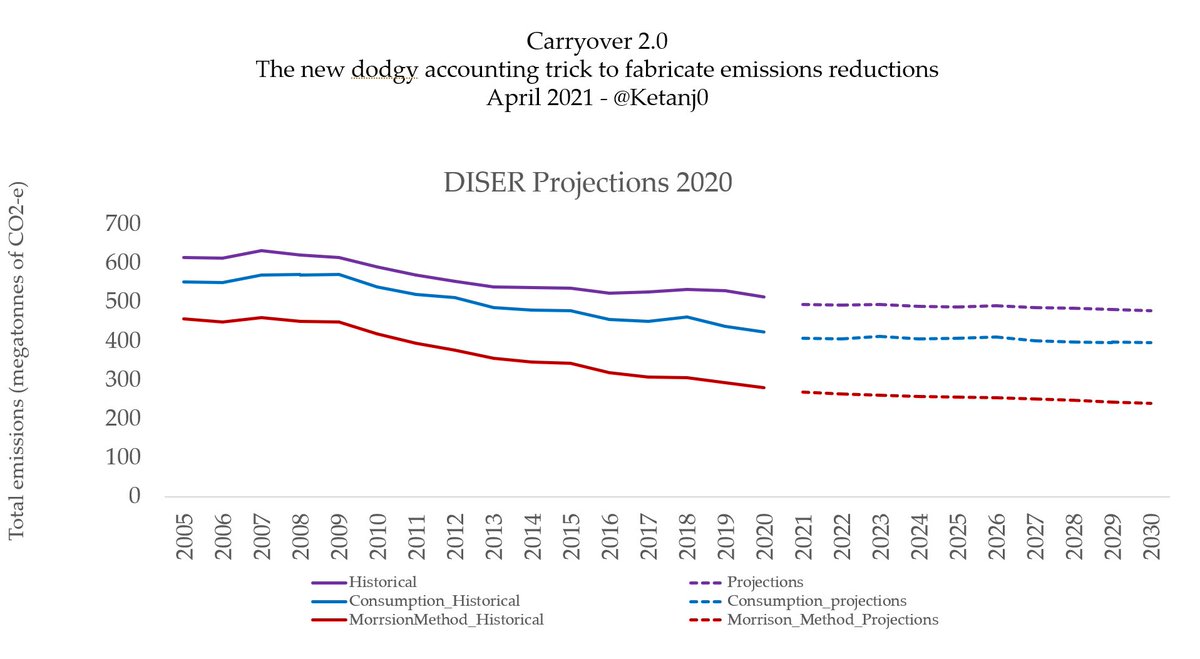 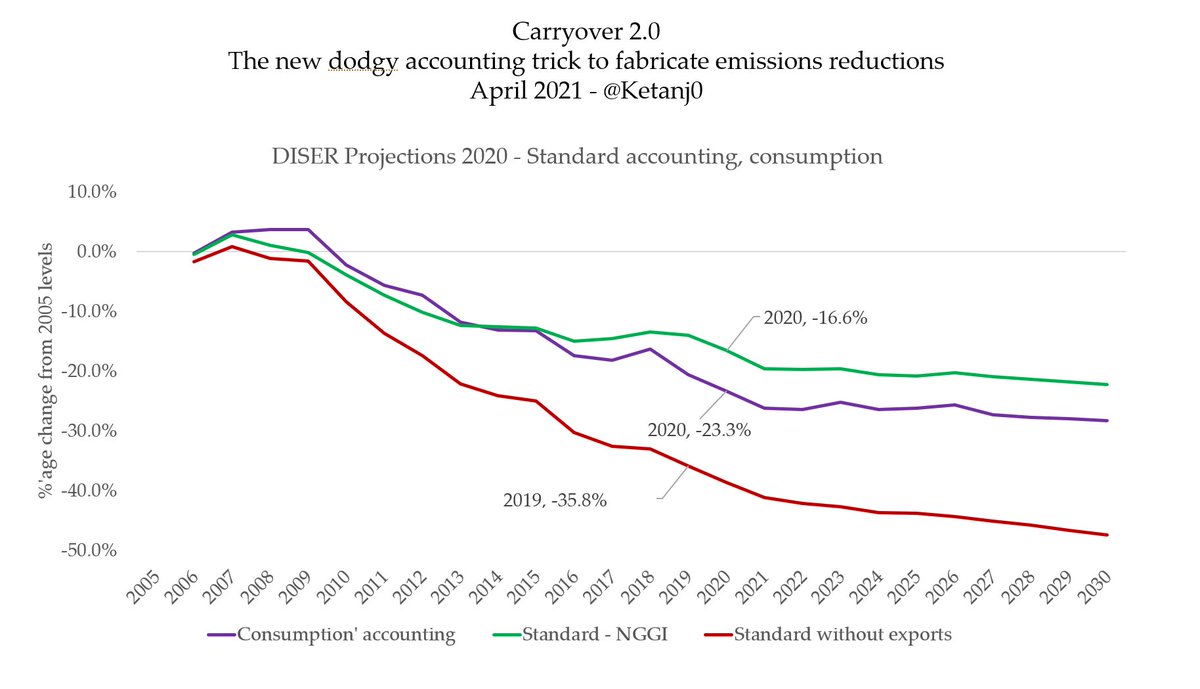 This is horrific, but not unprecedented. Until renewables made it unnecessary, the Aus gov't wanted to fabricate climate action by 'carrying over' credits from previous climate targets. It stymied the 2019 climate meeting COP25 just so it could do this 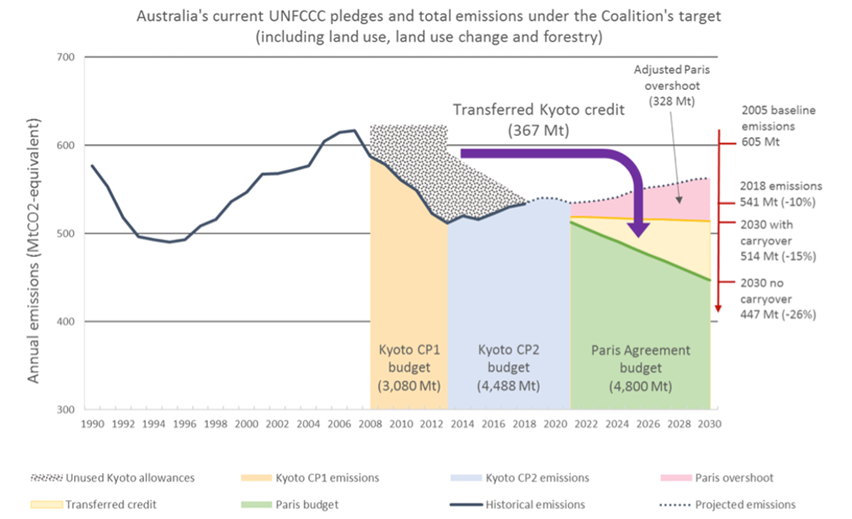 Do you know why they do this?

It's because it *works*. The level of sophistication here is low, the deceptions are brazen, but it still *works* - both to deflect criticism from commentators but, most importantly, to reassure high-emitting corporations that no $ threat exists. 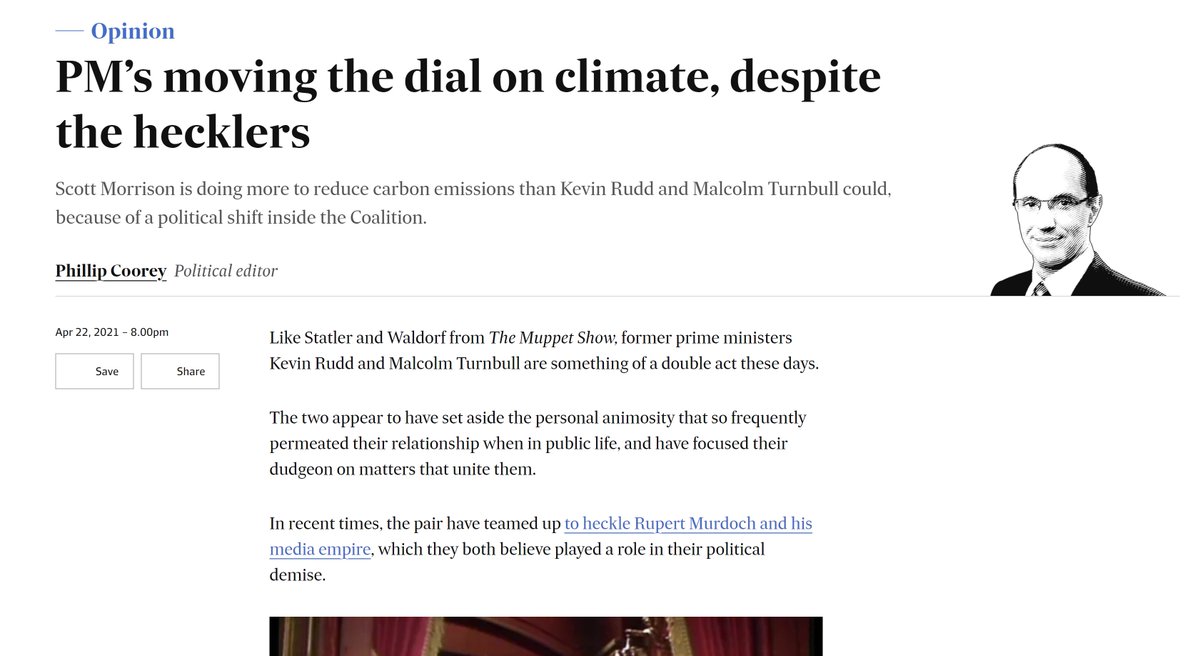 Greenhouse gas emissions are a physical threat to planetary safety, not a thick-headed political slapfight.

Australia *could* align with a 1.5C target, but chooses not to. It isn't even projected to hit its shitty old targets (Morrison lied to the world he said it is). 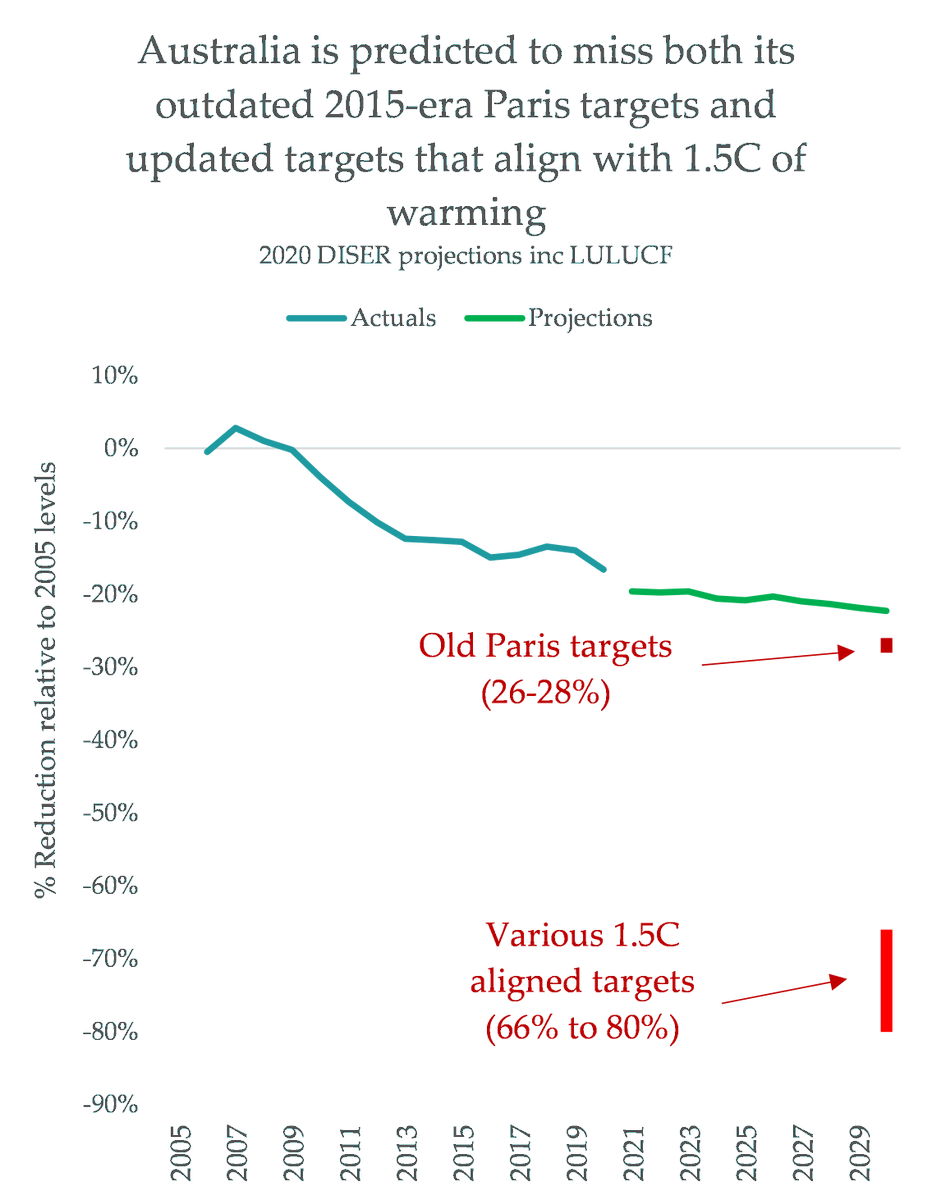 In addition to the 'Morrison Method', they are:

- Prosecuting a decades-old climate thing of handing cash to polluters to pretend to invent technology https://ketanjoshi.co/2020/03/01/the-tech-not-taxes-song-has-been-playing-for-decades/ 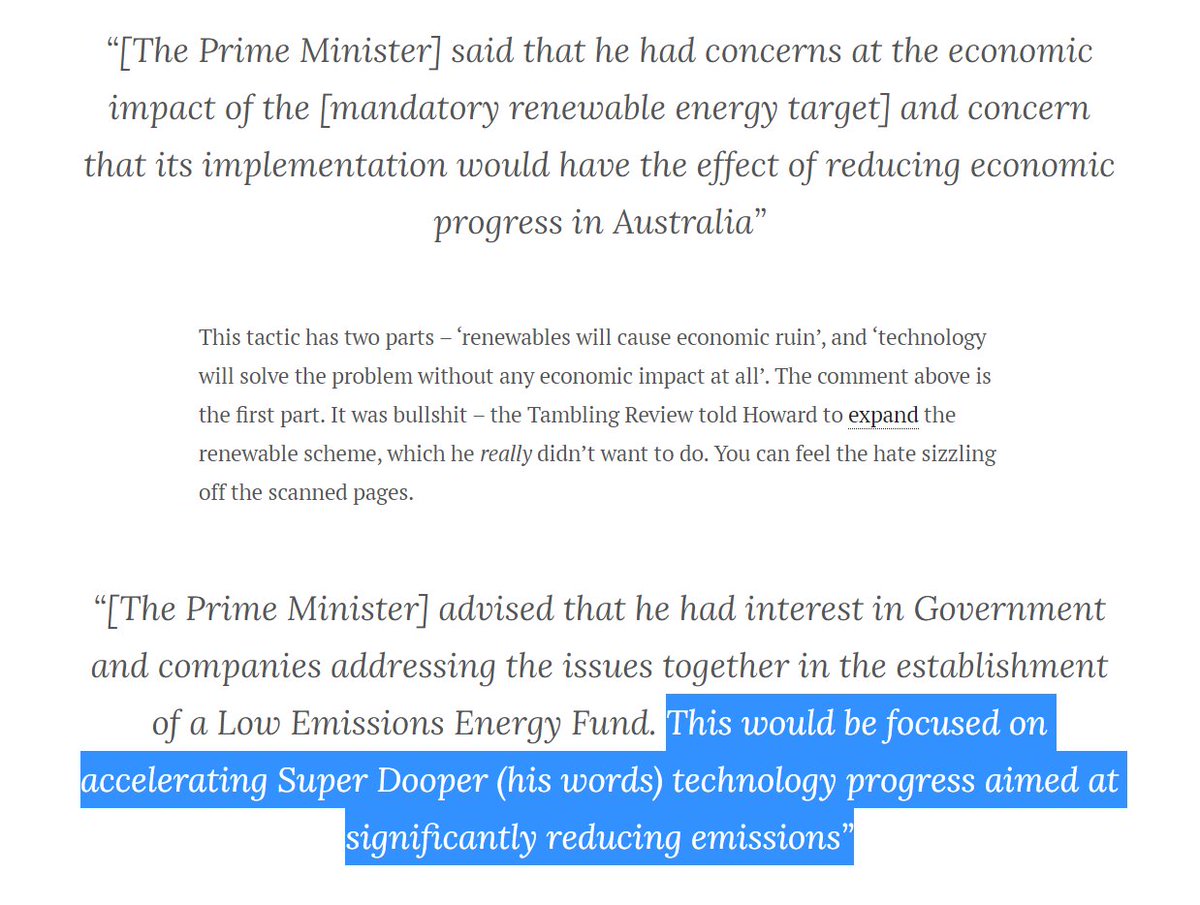 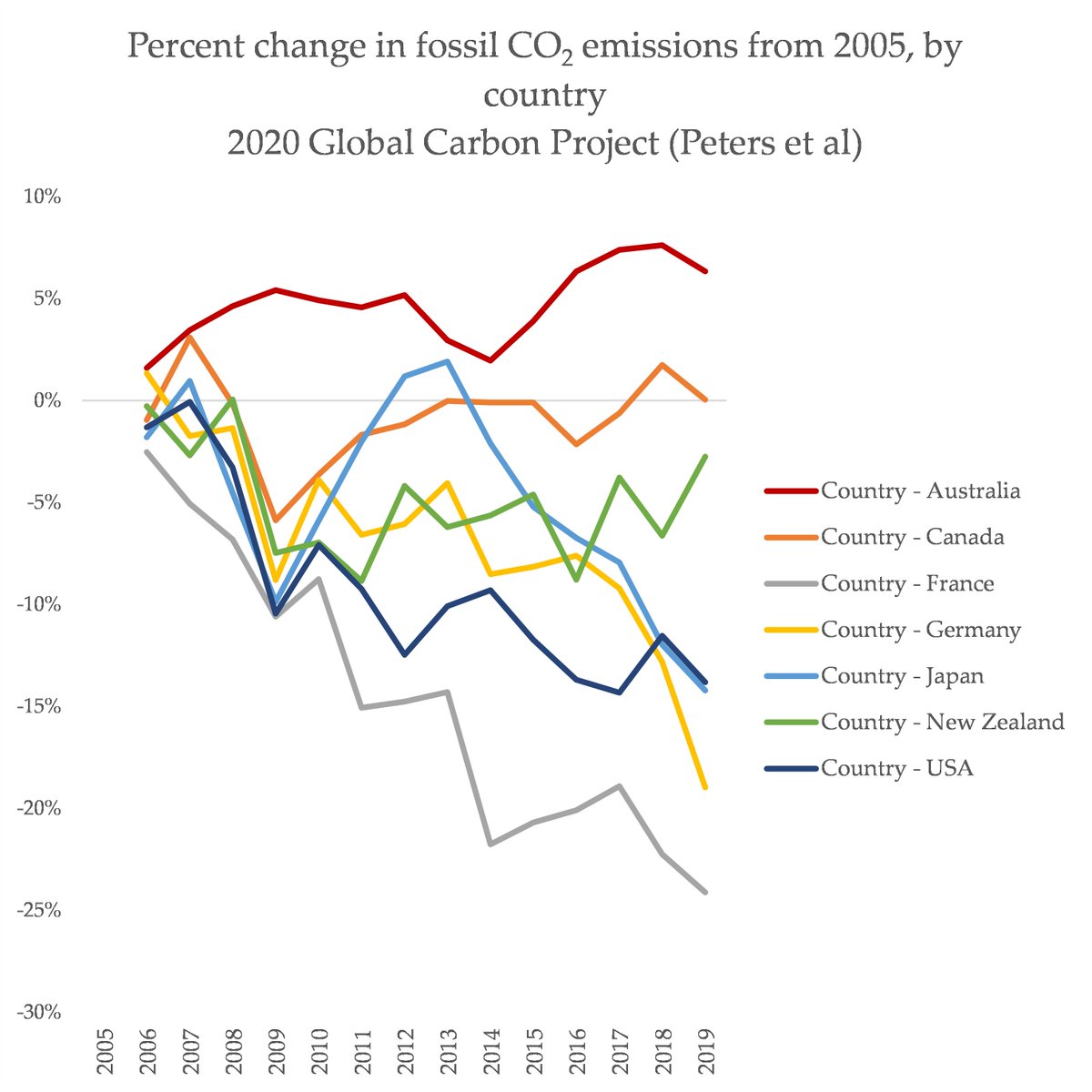 - And converting historical emissions and emissions targets to "per capita" and "per GDP", because these are both forecasted to rise while emissions stagnate instead of decreasing https://reneweconomy.com.au/the-history-of-australias-false-claim-that-its-2030-climate-targets-are-world-leading/
The history of Australia’s false claim that its 2030 climate targets are world leading

Australia’s government is justifying climate inaction on a six-year-old document that misses the entire point of emissions reductions.

https://reneweconomy.com.au/the-history-of-australias-false-claim-that-its-2030-climate-targets-are-world-leading/
In my view, it's the Carryover debacle 2.0. A continuation of a long, horrible to put huge effort into faking emissions reductions instead of just reducing emissions.

It's so bad and so brazen that it signifies something really deep and serious and, probably, incurable.
^^ I hope this explains why so many people - eg @RichieMerzian @Tom_Swann @BillHareClimate et al - reacted with utter shock and bafflement.

Even the countries that brought little to that meeting at least expressed themselves in a clear and respectable way. This stood out.
I won't make a habit of this but because this issue so odd and hard to wrap our heads around I made a little video explainer too (no I will not comb my hair, we're in a pandemic folks), so if that's easier to consume please have a watch ->
I understand 16 mins is a bit long so here's a quick version for all the tiktokkers
Glen noticed Taylor introducing this into his rhetoric and into gov docs last year (though the idea of just erasing import emissions is very new) https://twitter.com/Peters_Glen/status/1231863297307217920?s=19

A couple of things I didn't include that others have pointed out:

That just adds 3,000 extra galling points to this. 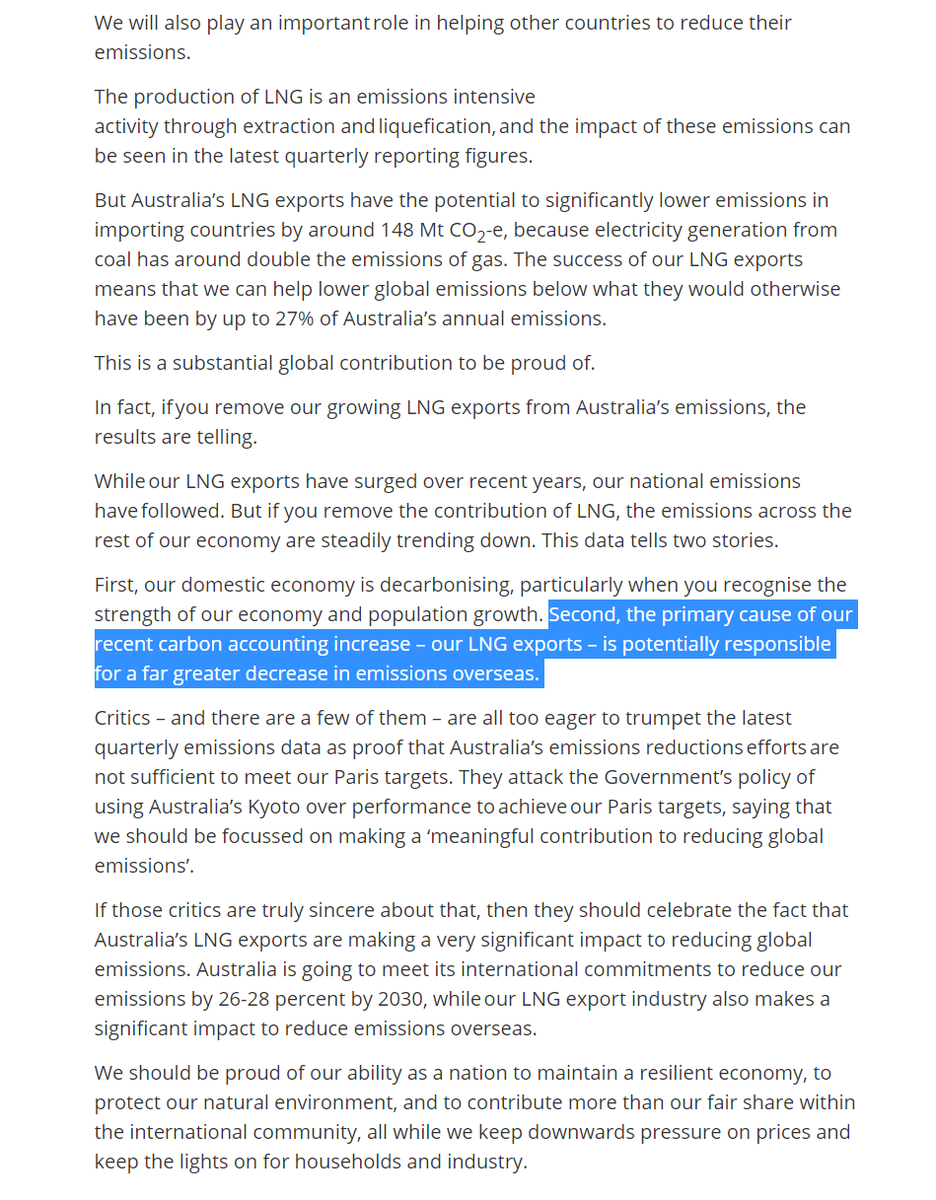 - It's worth considering the reality there: the fossil fuels Aus sells to the world are burned, and cause climate change. 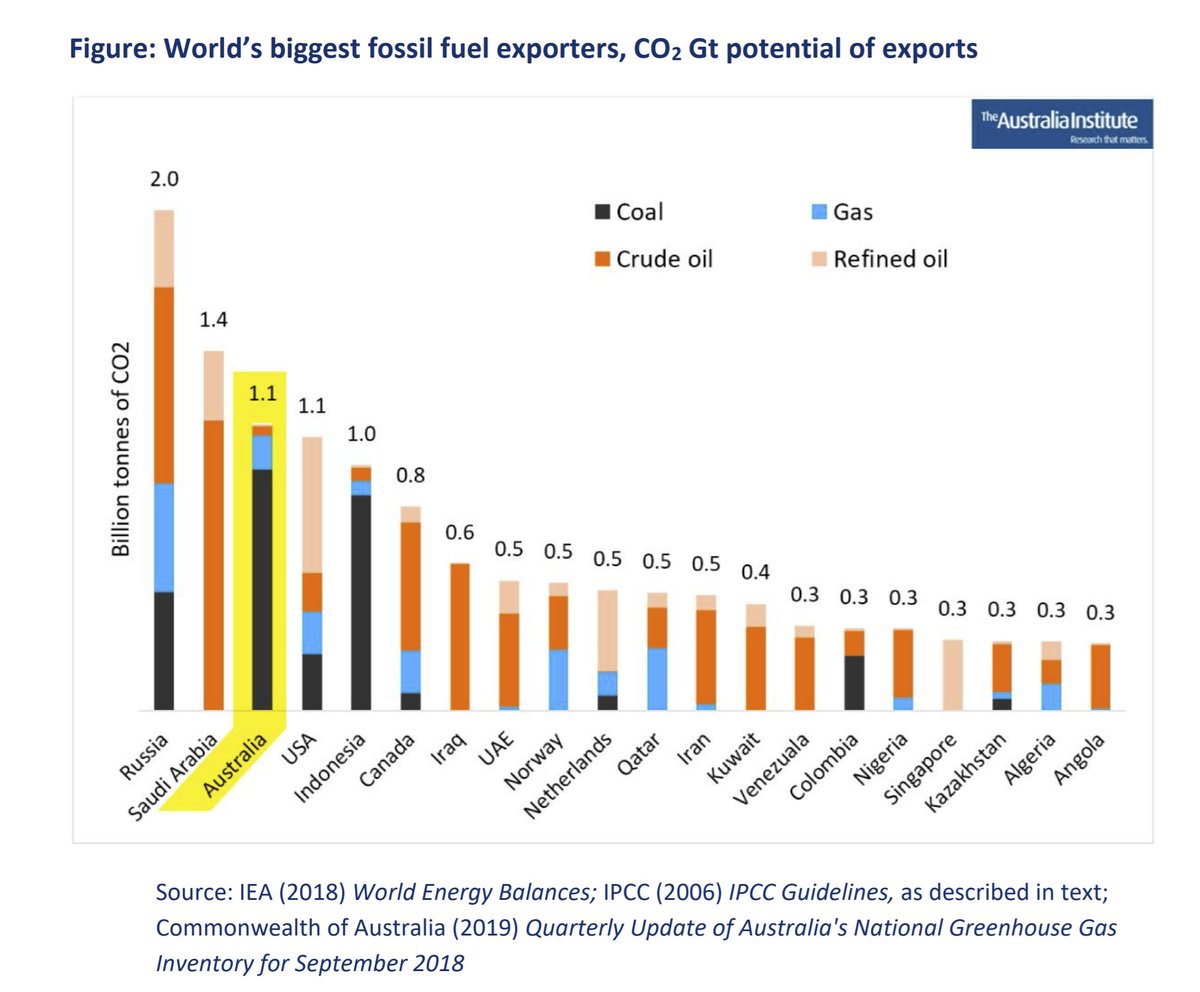 The proportion of Australia's emissions coming from stuff that it's exporting (mostly fossil fuels) is *increasing*. That means something significant: *domestic* emissions reductions efforts are increasingly threatening fossil fuel exporting companies in Australia 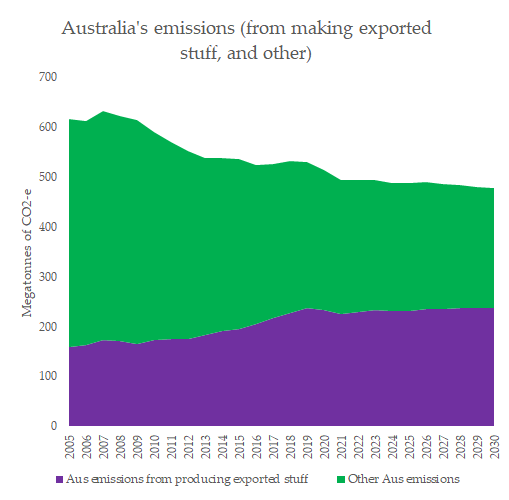 And - at #LeadersClimateSummit, China stated it wants to peak coal output in 2025, and Japan strengthened its 2030 NDCs (most of Australia's fossil export customers now have net zero targets). If those targets are taken seriously, Aus' fossil fuel industry is dead in years. 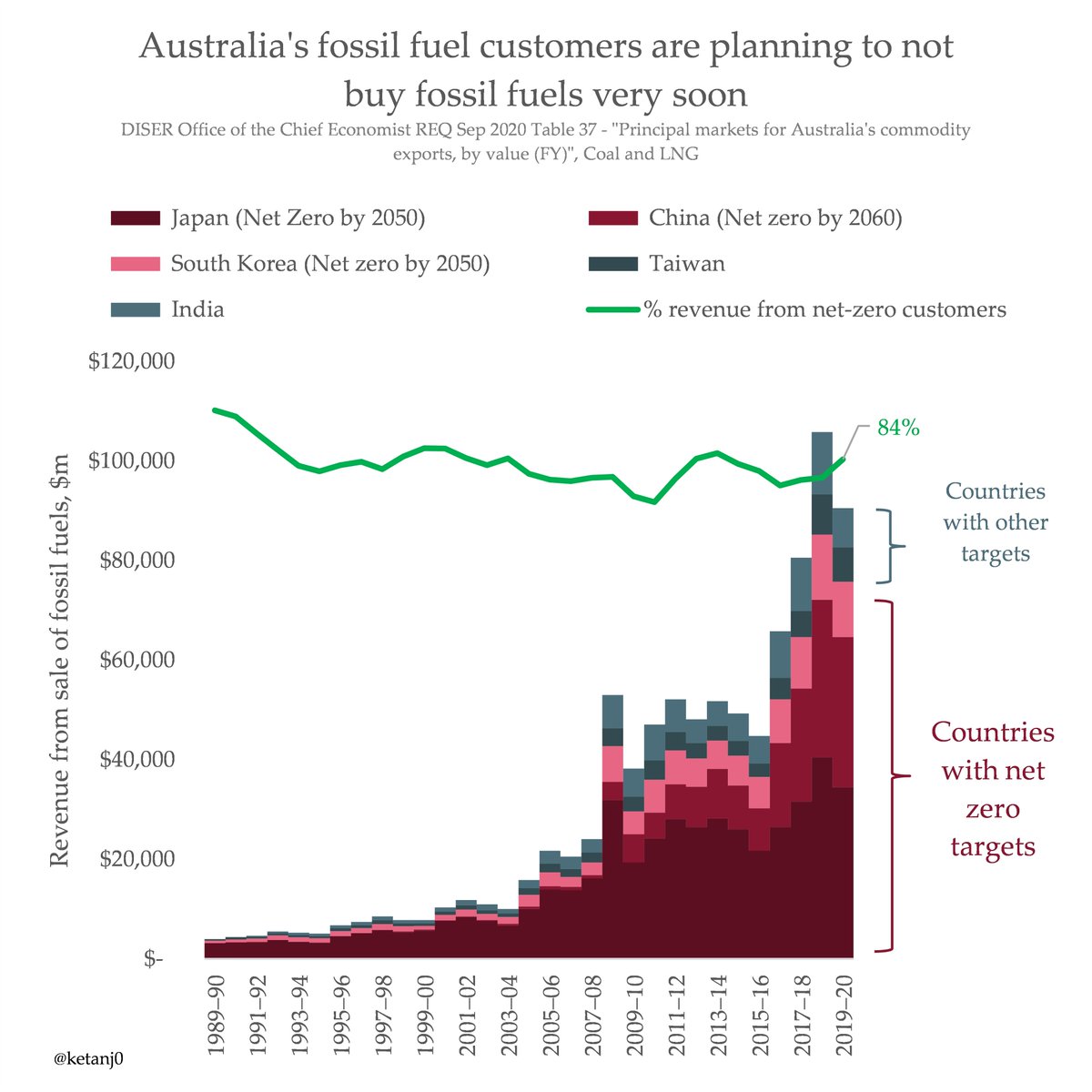 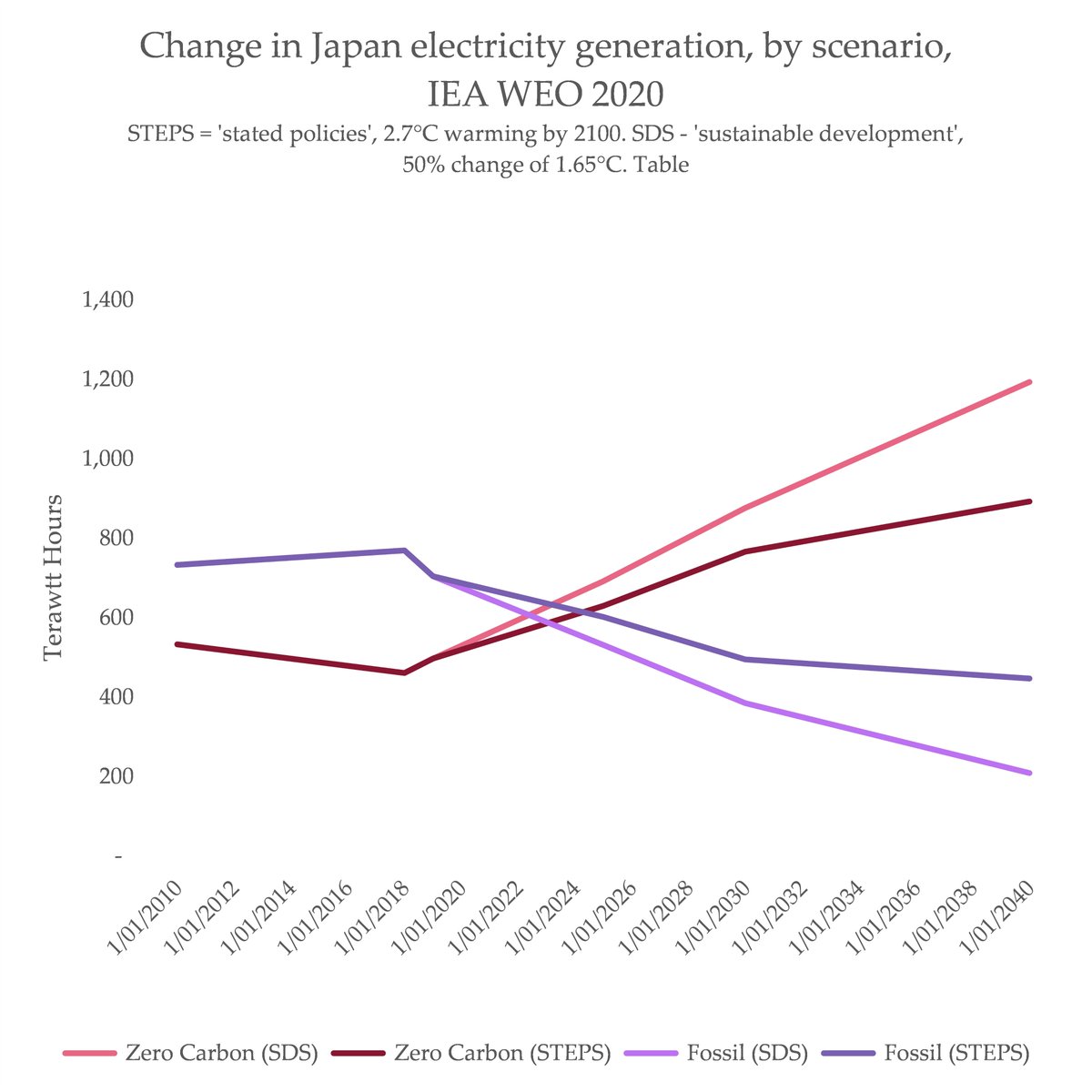 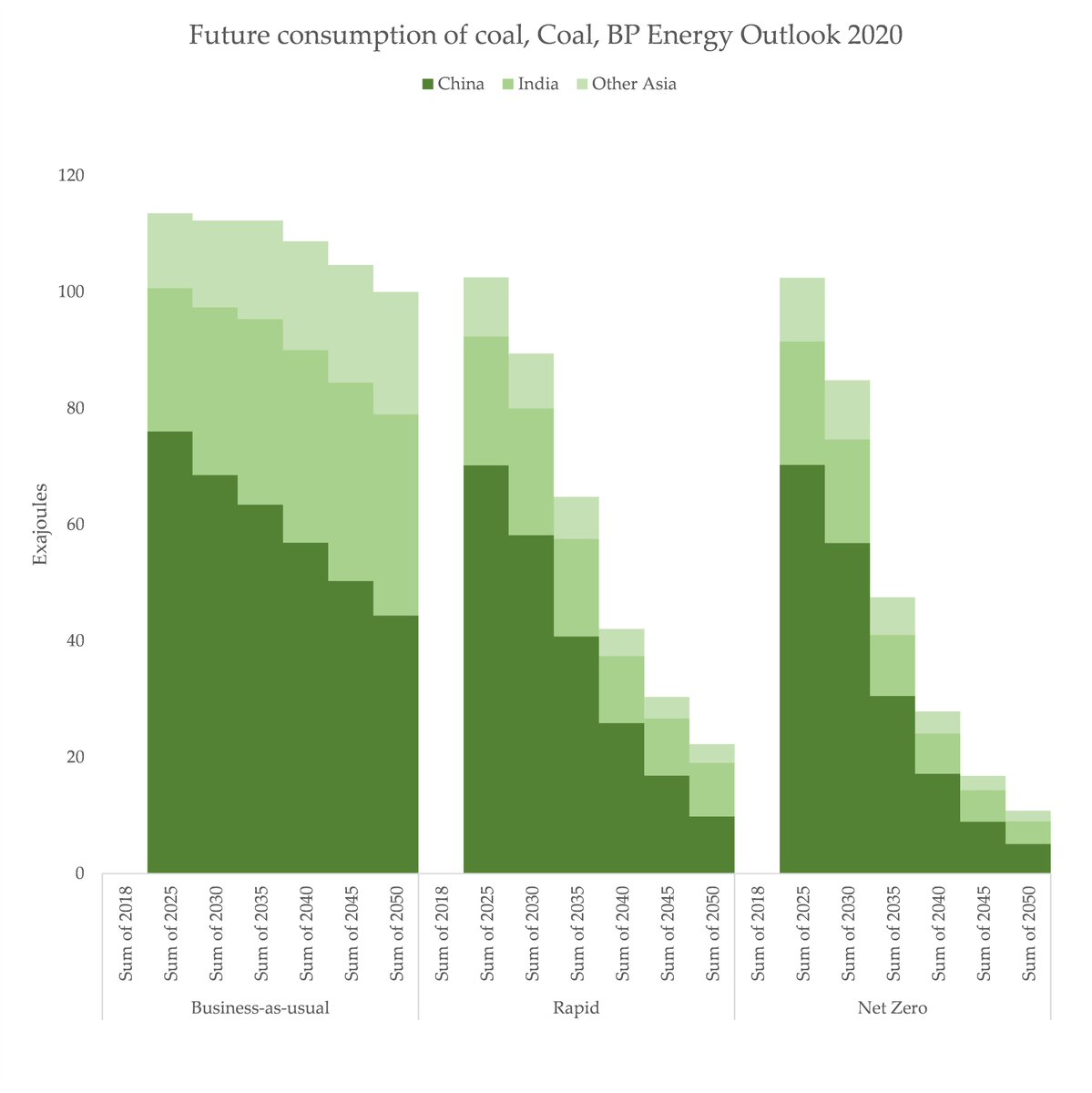