Read on Twitter
"The thing is, Tucker, we have to question the left-wing media narrative on this story. As we've previously discussed before, Malcolm King repeatedly violated the law and refused to comply with the authorities in the south. Maybe he brought this shooting on himself." 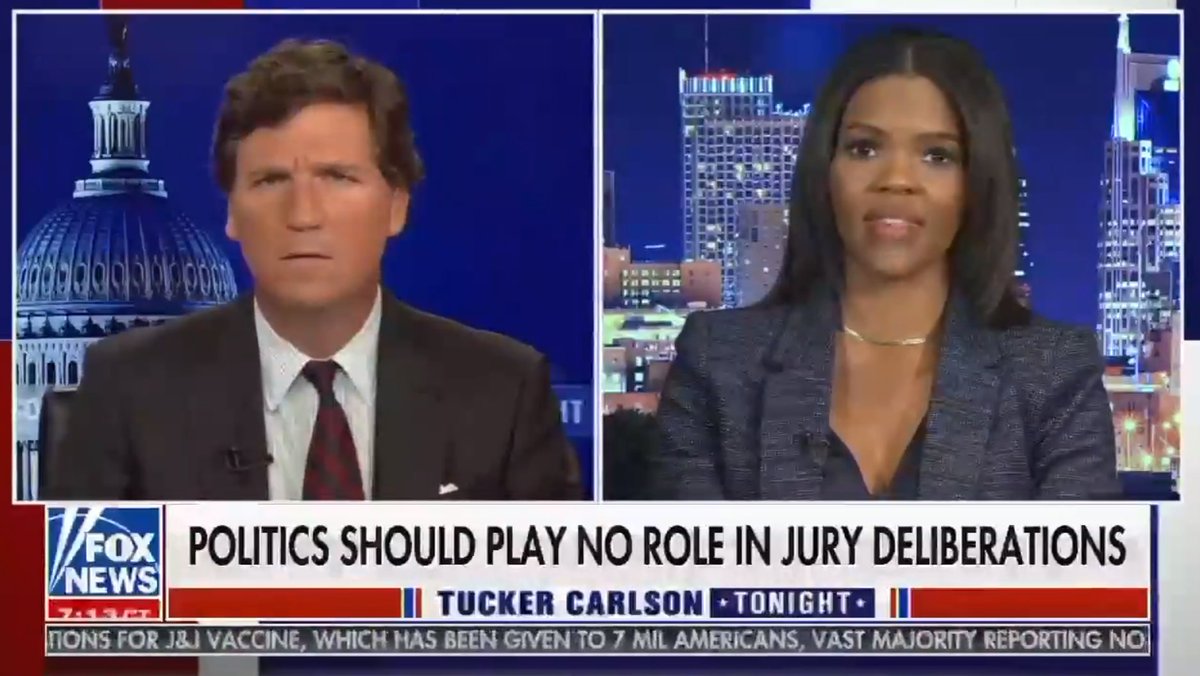 "King and his mob repeatedly broke both state and federal law when blacks simply have to comply with local regulations if they want to vote. Why is this so hard?"

"That's right Candace. If you don't support outside agitators forcing an agenda Alabama, the woke mob will attack."
"Right Tucker. Before King, if you asked most blacks -- especially in the south -- they were quite happy on their own. They had their own facilities, their own bathrooms, and now because of liberal busybodies theyre being forced to share facilities with whites. Socialism."
"Candace, stop me if I'm off track here--"

"But doesn't the polling show most blacks were happier as slaves?"

"Thats what the liberals don't want you to do, Tucker. If you go back and check the polling, 100% of blacks were happy as property."

"I thought so."
"But now the left has embraced this extremist civil rights ideology--"

"Where everybody is equal. They keep saying 'equal' but they never define what it means."

"Absolutely. That's how they sneak communism in, through the equality back door."
"Hopefully Candace more people will have their eyes opened and we can have a return to the greatness of true leaders like Jefferson Davis"

"I can only hope so, Tucker, I pray for the day when people like me can go back onto the plantations."

"God willing. Up next..."
[and this is how fox news would operate in 1962. end scene.]
You can follow @owillis.
Tip: mention @twtextapp on a Twitter thread with the keyword “unroll” to get a link to it.