Read on Twitter
UPDATE: Members of the Texas legislature are seeking retribution against companies like @Dell and @AmericanAir that spoke out against voter suppression legislation.

They are attempting to punish these companies for political speech.

Follow along if interested.
2. GOP TX Rep @TomOliverson has proposed an amendment to the budget requiring corporations to "certify that the business has not publicly opposed any legislation filed in this or another state in 2020 or 2021 related to election integrity" as a condition of receiving grants 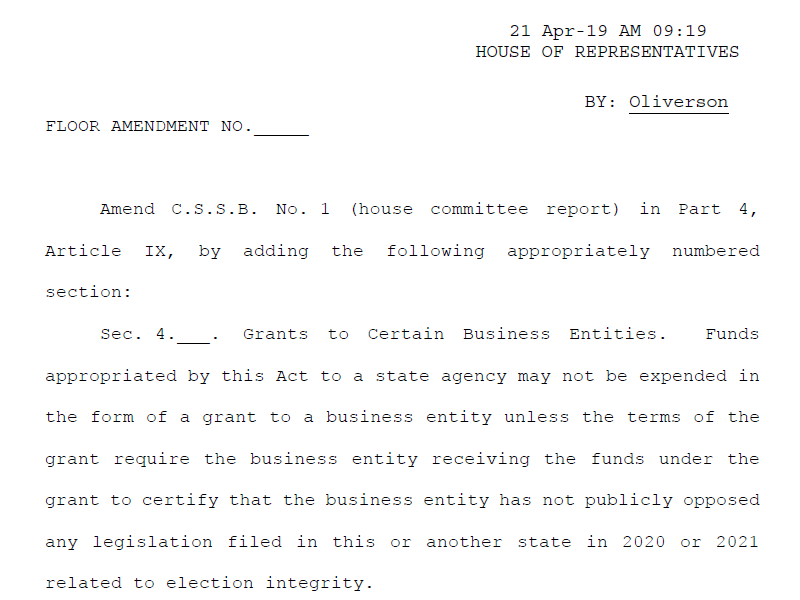 3. What's remarkable about this is that under @TomOliverson's amendment corporations SUPPORTING voter suppression laws remain eligible for grants. Under this amendment, only opposing legislation in Texas or any other state disqualifies a company.

(Via @DWStrategic)
4. Texas Rep @briscoecain, the chair of the Elections Committee, has proposed an amendment withholding certain funds from any corporations that "publicly threatened any adverse action against this state based on any legislative or executive action related to election integrity." 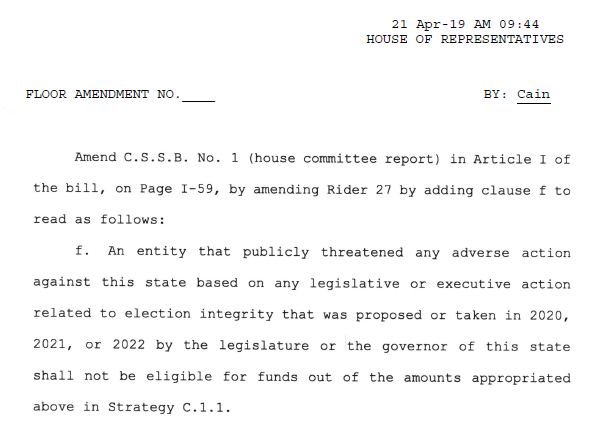 5. These are the same kind of tactics that @SenRickScott is using at the federal level. Scott warned corporations speaking out against voter suppression would face a "day of reckoning" when/if Republicans retook control of the Senate https://popular.info/p/mob-tactics
Mob tactics

Senator Rick Scott (R-FL) is irate. Scott was one of eight Senators to object to the certification of the Electoral College. It was an effort to overturn the results of the election based on Trump's...

https://popular.info/p/mob-tactics
6. We don't know if these Texas amendments will pass or if Scott will make good on his threats. But it's a blatant effort to attach financial penalties to disfavored political speech

For updates and accountability journalism, sign up for the newsletter. http://popular.info/subscribe
Popular Information

http://popular.info/subscribe
7. UPDATE: A third amendment proposed in Texas, by @rogersfortexas, would cut off certain funding for corporations unless they "certify that the business entity has not publicly opposed any legislation filed in this or another state in 2020 or 2021
related to gender modification" 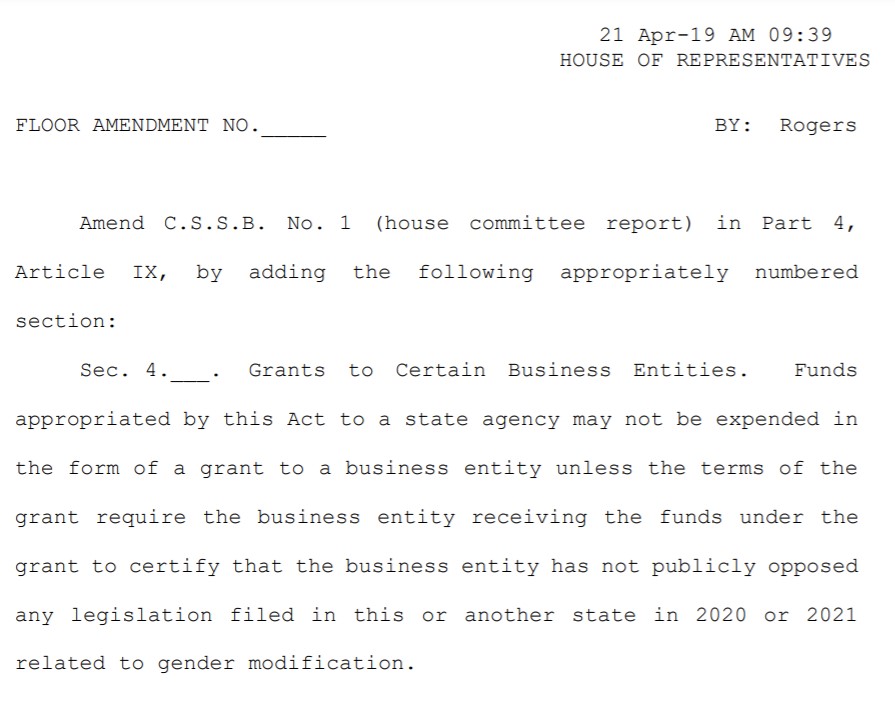 UPDATE: @BriscoeCain withdrew his amendment.
You can follow @JuddLegum.
Tip: mention @twtextapp on a Twitter thread with the keyword “unroll” to get a link to it.