Read on Twitter
NEW research from @TheBFPG! We've teamed up with @OpiniumResearch to segment the UK electorate into four foreign policy tribes:

The Humanitarians, the Globalists, the Patriots and the Isolationists.

Quick thread on what this means... The major parties house coalitions, which are evolving dramatically. Globalists, for example, are losing their foothold in the Conservative Party.

2. These tribes see the world in different ways. Immigration and foreign aid are two of the most fragmenting issues, driving these tribes apart.

But so is the question of globalisation and whether its benefits have been shared evenly, or experienced personally. 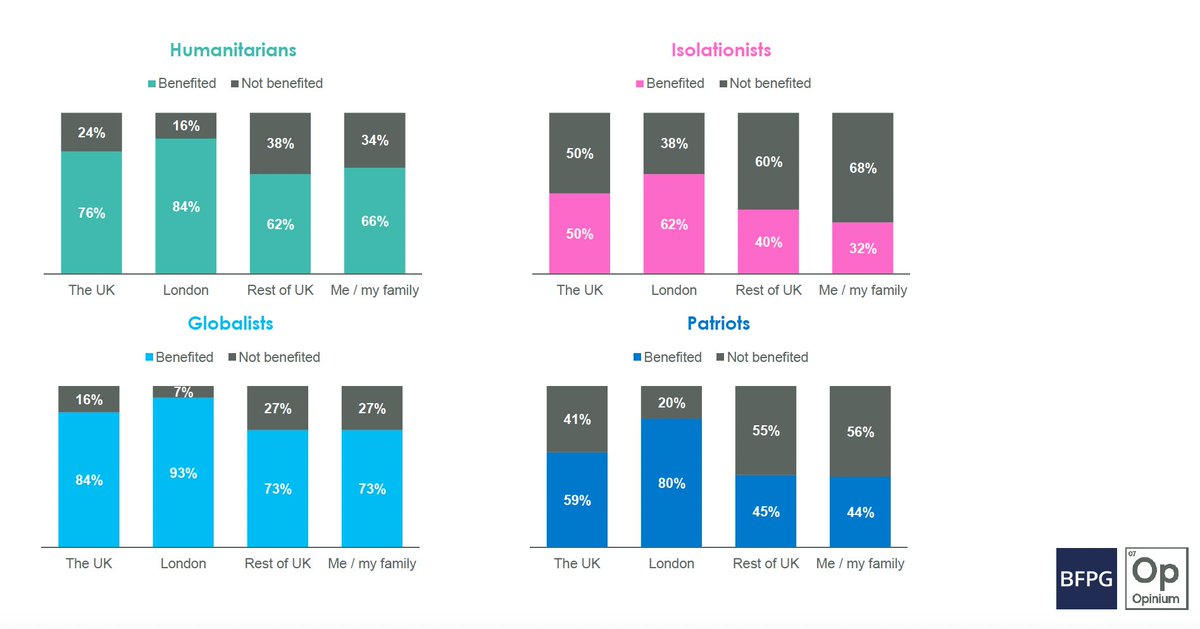 3. The foreign policy tribes also differ in whether they trust the UK Government to make decisions in their interest on international affairs.

For some tribes, their trust or distrust is driven by their political leanings. For others, it's instinctive and hard-wired. 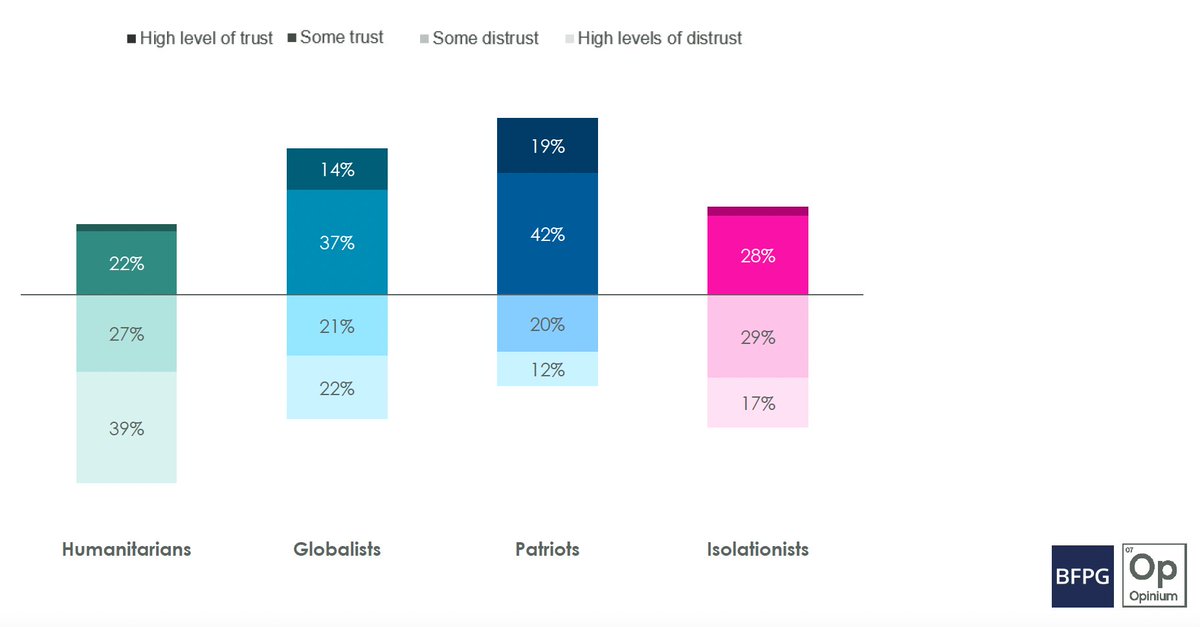 4. The four tribes are distinguished by their views, but also by their levels of engagement. Patriots and Globalists are distinctly interested & self-report high levels of knowledge. They're likely to vote. This means their opinions can carry a greater degree of electoral weight.

5. These tribes reflect deeper political realignments taking place in the UK. The four tribes are broadly either predominantly characterised by their age, their socio-economic status, or both. This can increase the likelihood of living in 'echo chambers' on foreign policy.

6. It's not all bad news. Segmenting the electorate also allows us to identify areas of foreign policy consensus that cut across the tribes, where tribes that otherwise disagree - ie. the Humanitarians and Patriots - come together. One of these issues is climate change action.

We hope this work will shine some light on this rapidly evolving public opinion landscape on foreign policy - a subject which has too long been under-studied.

The full report and a nifty pack of slides are available to download at our website here: https://bfpg.co.uk/2021/04/uk-foreign-policy-tribes/
UK Foreign Policy Tribes: Understanding Polarisation and Cohesion on International Affairs -...

The BFPG's new research segments the UK adult population into four foreign policy ‘tribes’ across the full spectrum of public opinion. The findings reveal a deeply polarised nation, but with import...

https://bfpg.co.uk/2021/04/uk-foreign-policy-tribes/
You can follow @sophgaston.
Tip: mention @twtextapp on a Twitter thread with the keyword “unroll” to get a link to it.