Read on Twitter
The missus is watching The Karate Kid... again.

Shout out to FNB for some smart product placement. 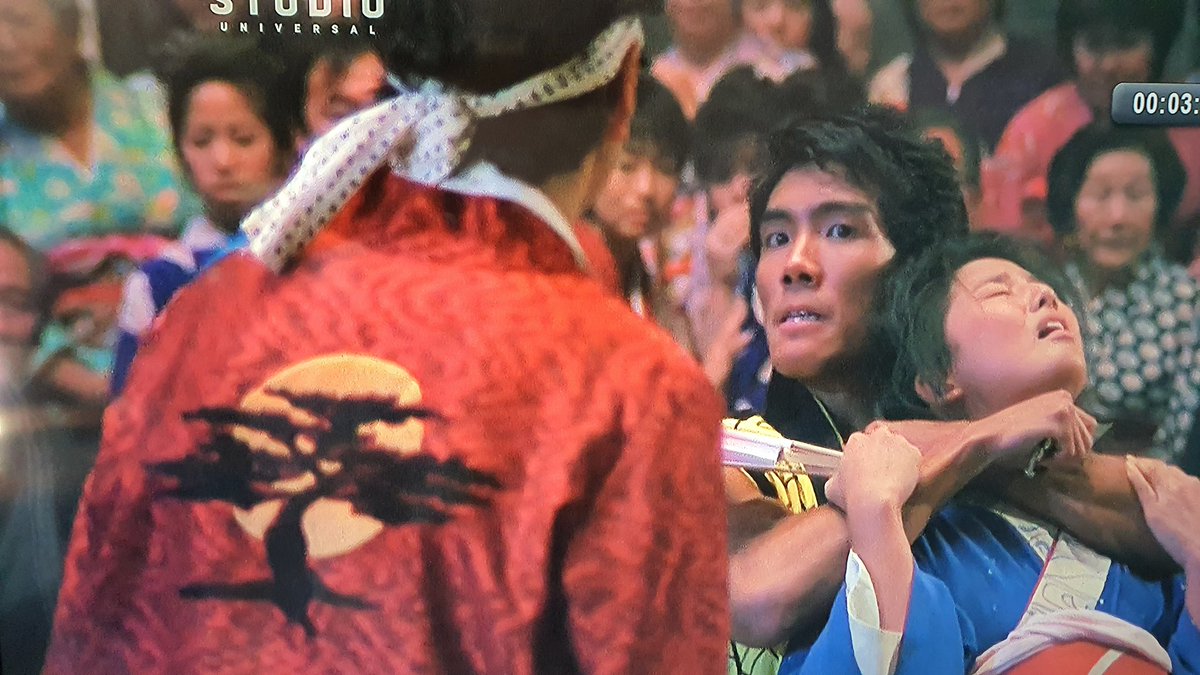 For those who are interested, here is how FNB - a bank in South Africa - ended up in a 1986 Hollywood movie... a thread.
1. FNB was originally a huge textile company in Japan who specialised in Kimonos and Yukatas. (They were in charge of wardrobe for this movie)
2. The name FNB is an acronym from two families (Fuji and Nagasaki) who formed a powerful partnership that would later revolutionise banking in Soud Ah.

FNB (in the words of Jam Alley, obvious)
4. Some say the 'B' stands for blood. It's believed that the deal was completed with a swift but delicate clash between Samurai blade and flesh, followed by a firm hand shake.

Unfortunately neither family has ever confirmed this part of the story
6. So what brought FNB to Msawawa?

Why did Pinky and the Brain try to leave the lab? To take over the world.
7. The plan was simple, or so they thought: get your clothes onto the most famous person/people.
8. In the late 80s and early 90s not many people were more famous than Nelson Mandela.
9. It made sense. Get Madiba out of his dull suits and into some cool Kimonos.
10. But we don't live in world made by Gabrielle, dreams (don't always come true). Madiba turned down the Kimono offer choosing to wear shirts instead.
11. Madiba being the nice guy he is, felt bad and asked if this business family would be interested with a move into the banking space.

Madiba believed a new player would be healthy for the finance industry.
12. The rest as they say is history.

Fun fact: FNB gives its employees Kimonos when they complete 10 years of service.

Please beware of #FakeNews on social media but also, not everything you read is fake either.
You can follow @SandilevHeerden.
Tip: mention @twtextapp on a Twitter thread with the keyword “unroll” to get a link to it.