Read on Twitter
Just a couple of thoughts on #EFTA

1) if Scotland did become independent I would want it to be in the EU, I just a) don't think that's feasible and b) it doesn't offset damage of leaving UK
Many times when I point out the process and problems of EU membership, and someone realised they can't wish away issues (like keeping the pound and closing Chapter 17) they just dismiss it with "we'll just join EFTA in the meantime"
First: even if that was a trade equivalent of low tarrif EU membership it might be the least of bad options but it's still much worse than the status quo for trade 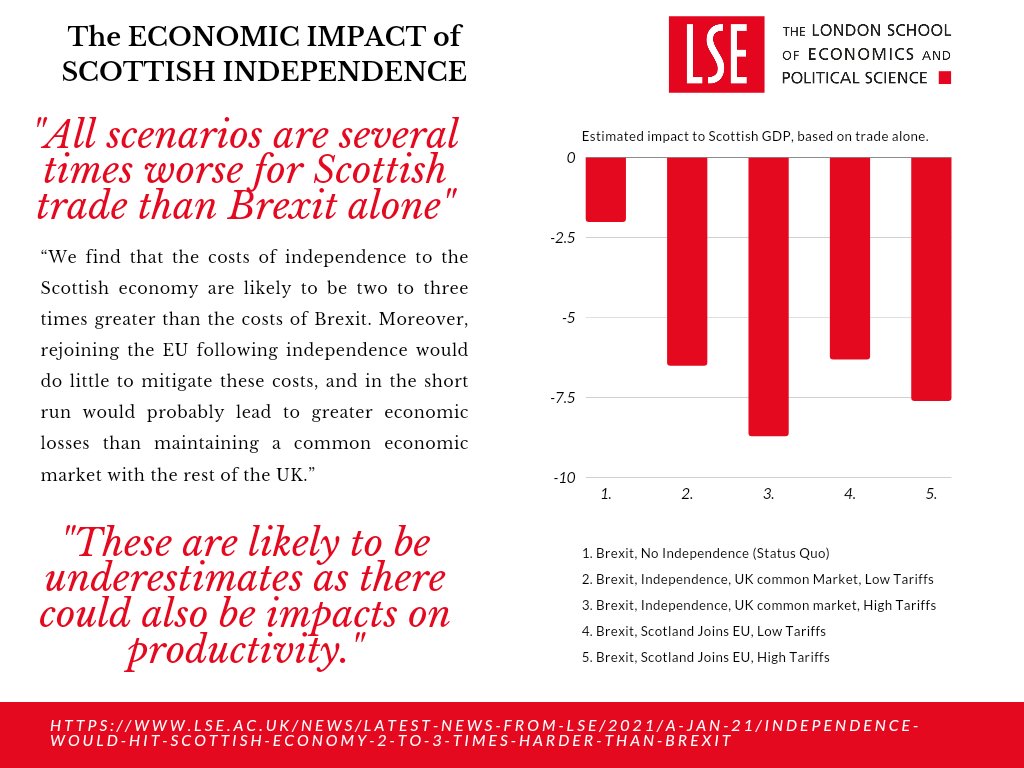 Second: I believe Scots have the right to make an *informed* choice.

If the SNP are chasing pro-EU votes with promises to win elections then Independence it is a fraud on the people to only deliver EFTA. People need to know the destination before committing
Third; EFTA js a position the SNP have argued against. Being rule takers not makers. It undermines their 'scottish decisions taken here' sovereignty claim. On their own terms It's a powergrab away from Holyrood. 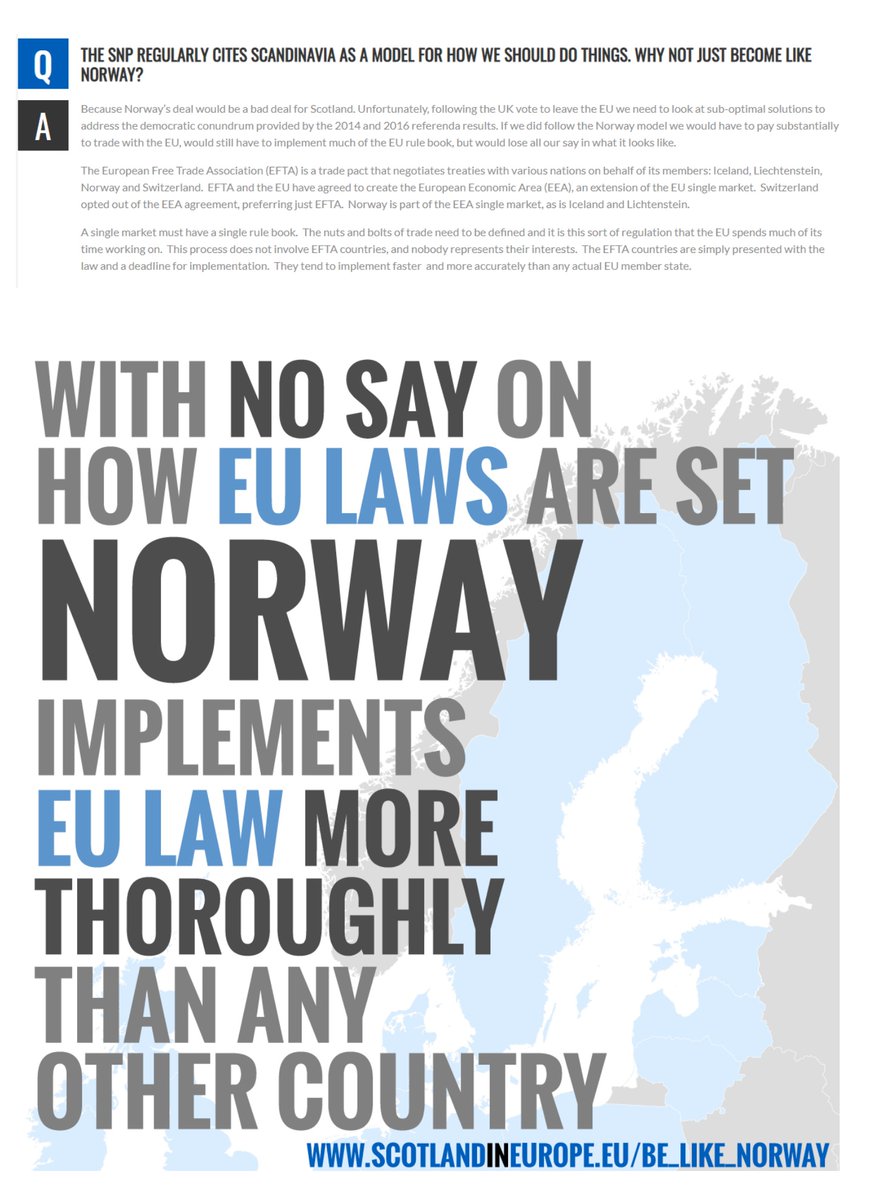 Fourth; EFTA does not include – Customs Union, Common Agriculture and Fisheries; Common Commercial Policy; Common Foreign and Security Policy; Economic and Monetary Union or a seat at the table.
Fifth: The EU position is that they see EFTA as "an alternative destination, not a stepping stone to membership".
Sixth: it's not a done deal, it would still need agreement from EFTA which might be easy; unless we came to Independence with a wildcat plebiscite, or in an unconstitutional non S30 way. If we were unrecognised by the UN, like Kosovo, then probably no EFTA
You can follow @BingoDemagogue.
Tip: mention @twtextapp on a Twitter thread with the keyword “unroll” to get a link to it.