Read on Twitter
SpaceX, in an FCC filing, says there was no "close call" between a Starlink and a OneWeb satellite last month:

OneWeb "chose to publicly misstate the circumstances of the coordination" and have now offered to "retract its previous incorrect statements."
https://licensing.fcc.gov/myibfs/download.do?attachment_key=6212177 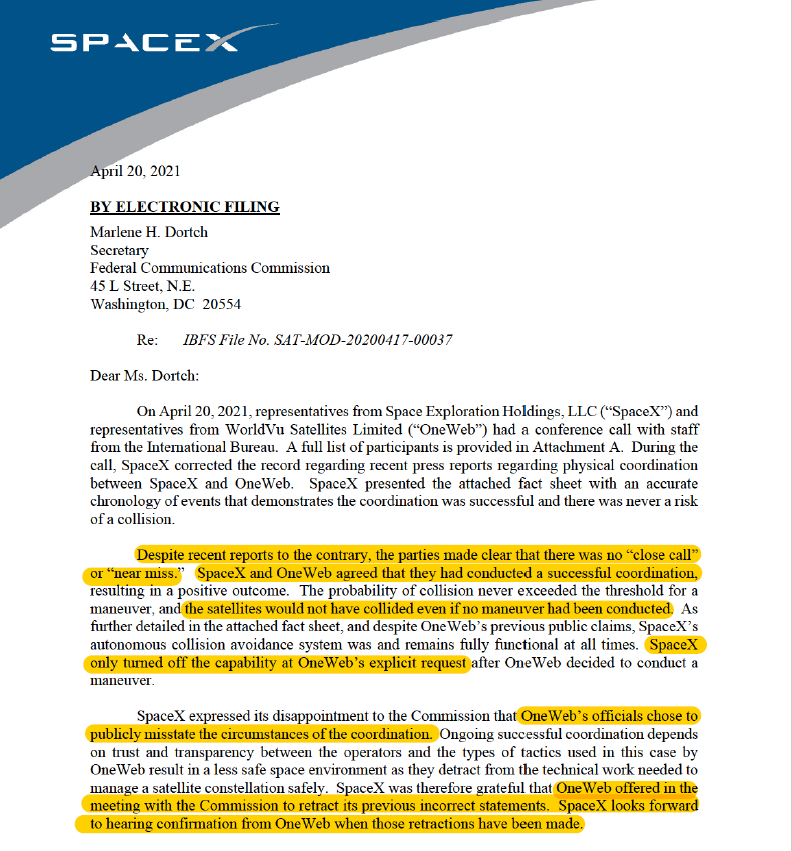 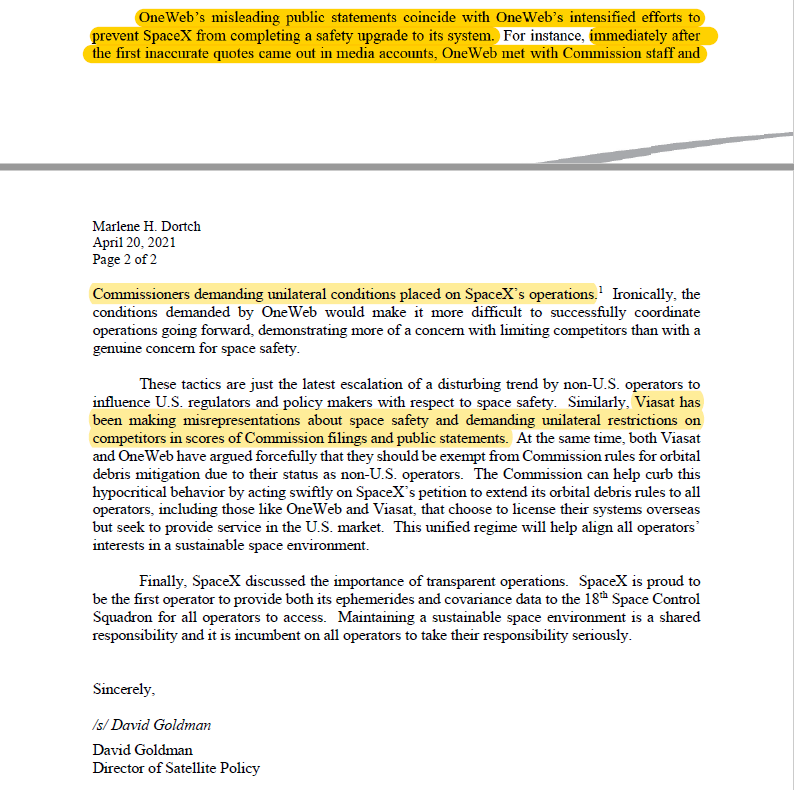 Here is the SpaceX play-by-play on this event, noting that OneWeb requested SpaceX turn off Starlink's autonomous collision avoidance system: 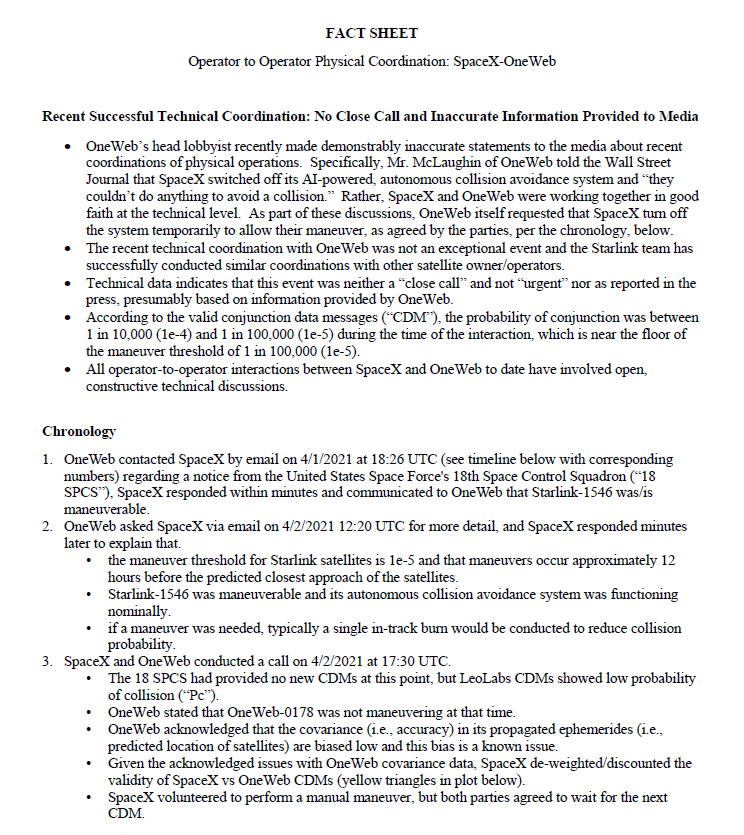 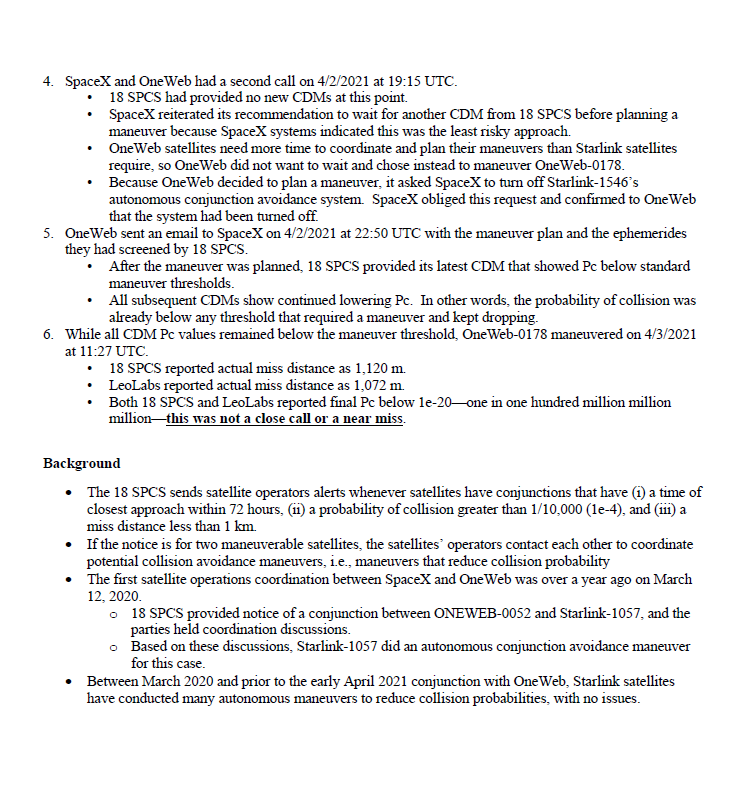 You can follow @thesheetztweetz.
Tip: mention @twtextapp on a Twitter thread with the keyword “unroll” to get a link to it.