Read on Twitter
Even before clicking on the NYTimes take, I’m curious how they’ll spin #Israel as the devil.

So the NYTimes version of the implications of the Israeli operation on #Iran’s nuclear facility is what you’d imagine: A bad take punctuated with worse analysis. Here’s a few examples... https://www.nytimes.com/2021/04/11/world/middleeast/iran-nuclear-natanz.html?referringSource=articleShare
Blackout Strikes Natanz Nuclear Facility in Iran

The power outage comes at a delicate time, with talks underway in Vienna to restore the 2015 nuclear deal.

https://www.nytimes.com/2021/04/11/world/middleeast/iran-nuclear-natanz.html?referringSource=articleShare
Uncertainty? This is an #Israeli gift of even more leverage the US can use with #Iran in negotiations. Iranian threats are now less powerful. We don’t need to rush into a bad deal as we currently are. Team #Biden however is allergic to leverage. There’s a reason for that:

For Team #Biden (like Obama) the nuclear deal with #Iran is NOT about preventing the regime’s acquisition of nuclear weapons. It’s about strategic realignment.

This is why we don’t care about the details of the nuclear deal. It’s merely a mechanism to lock in sanctions relief.
US Intel officials should close their damn mouths. It appears to be an #Israeli op and they admit as much. But the US leaking of details is unhelpful. If we wore pants, we’d have done this. But we don’t. The admin has a form of Stockholm Syndrome. 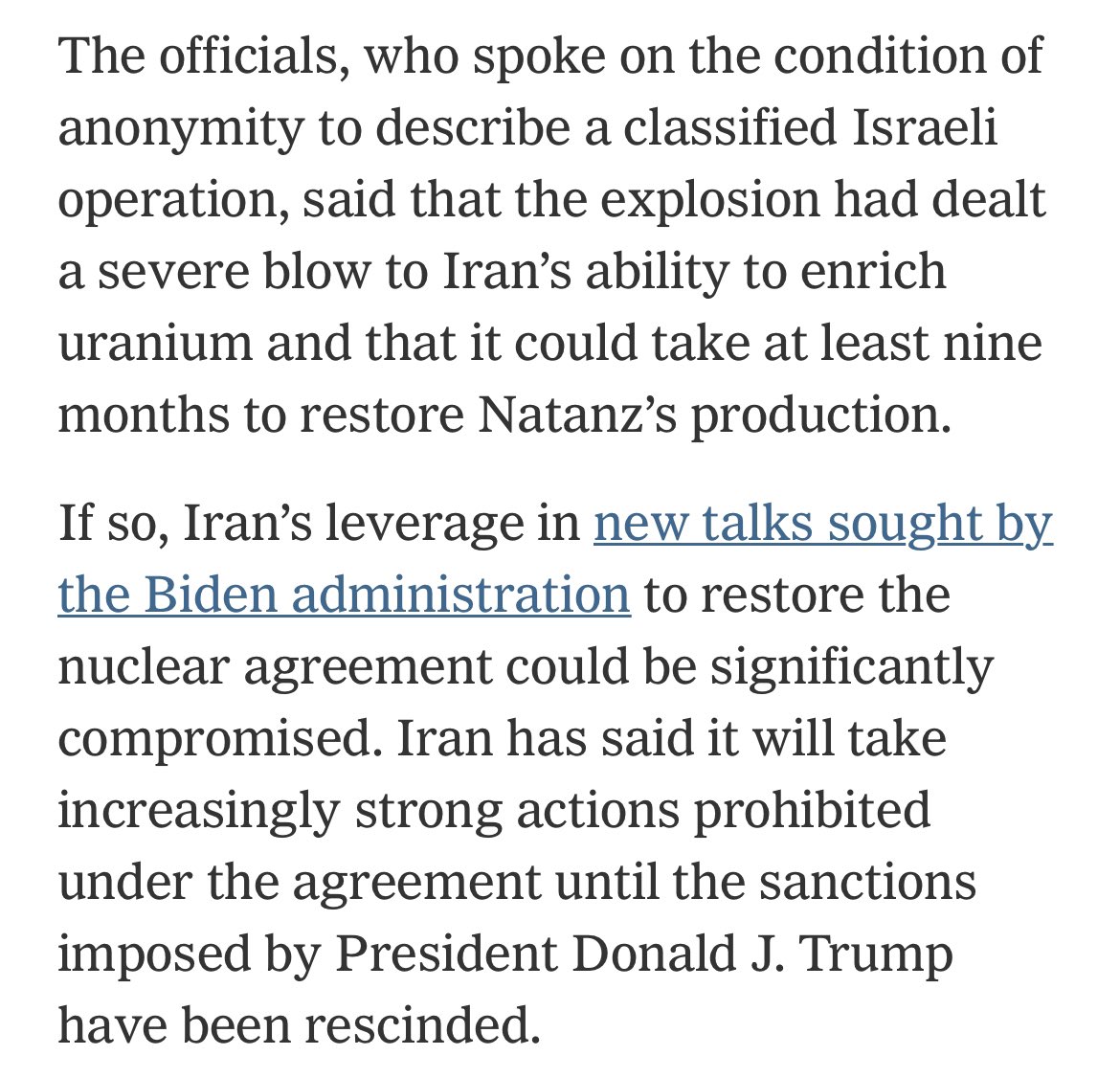 Hopefully #Israel gabe the US absolutely no advance warning. The Biden admin can’t be trusted. They leak in order to harm Israel. Instead of celebrating this gift of leverage, Team Biden will be pissed and apologize to #Iran while censuring Israel. 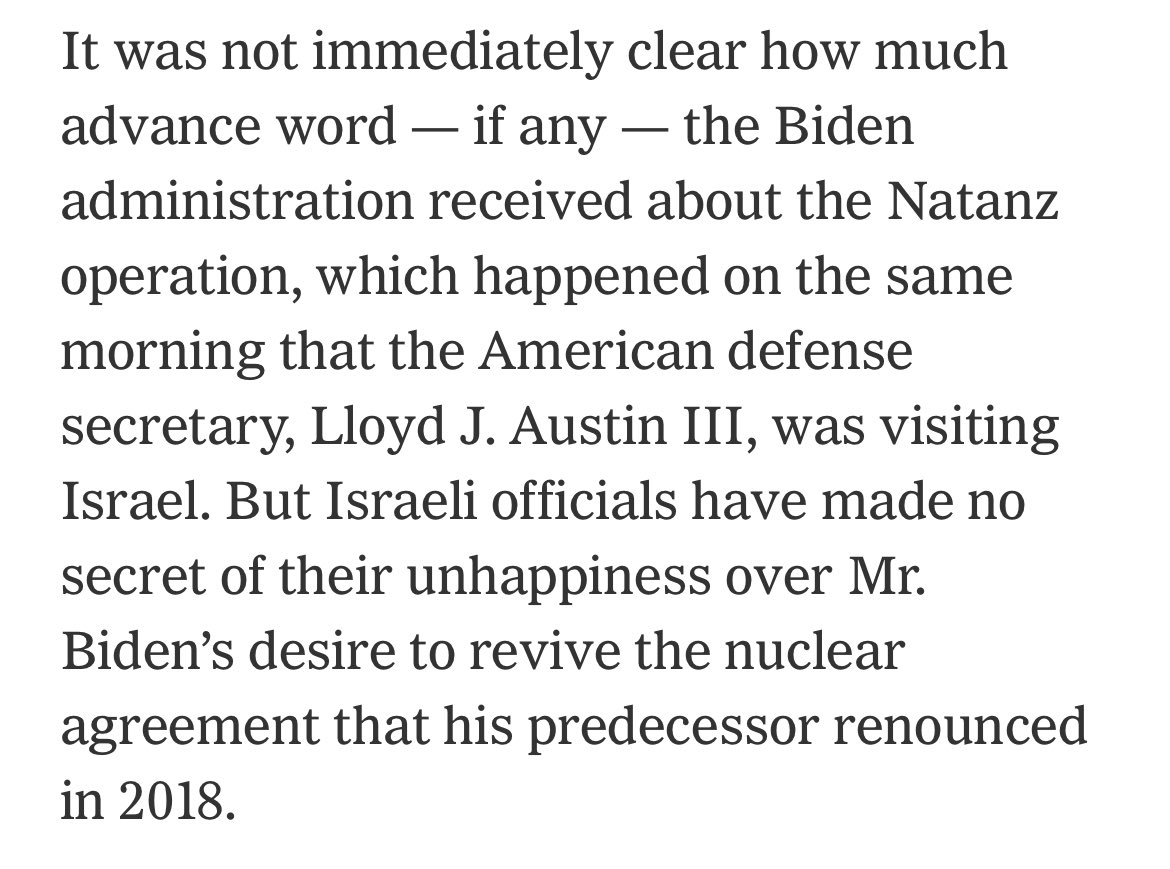 Do you need me to draw you map? Unlike the nuclear deal the US, Europe, and #Iran are trying to resurrect, what #Israel did actually prevents the enrichment of uranium. And they didn’t pay the regime billions of dollar to finance their worldwide terrorism operations.

True. But Obama had and Biden is developing a track record of selling out #Israel’s intelligence ops. Remember how pissed these folks were when Israel’s Mossad extracted a giant archive of Iran’s nuclear weapons plans?

It’s not surprising that the NYTimes has a bad take on #Iran. They believe what they wrote below. These are not serious people at the paper when it comes to national security knowledge, Iran, or #Israel. 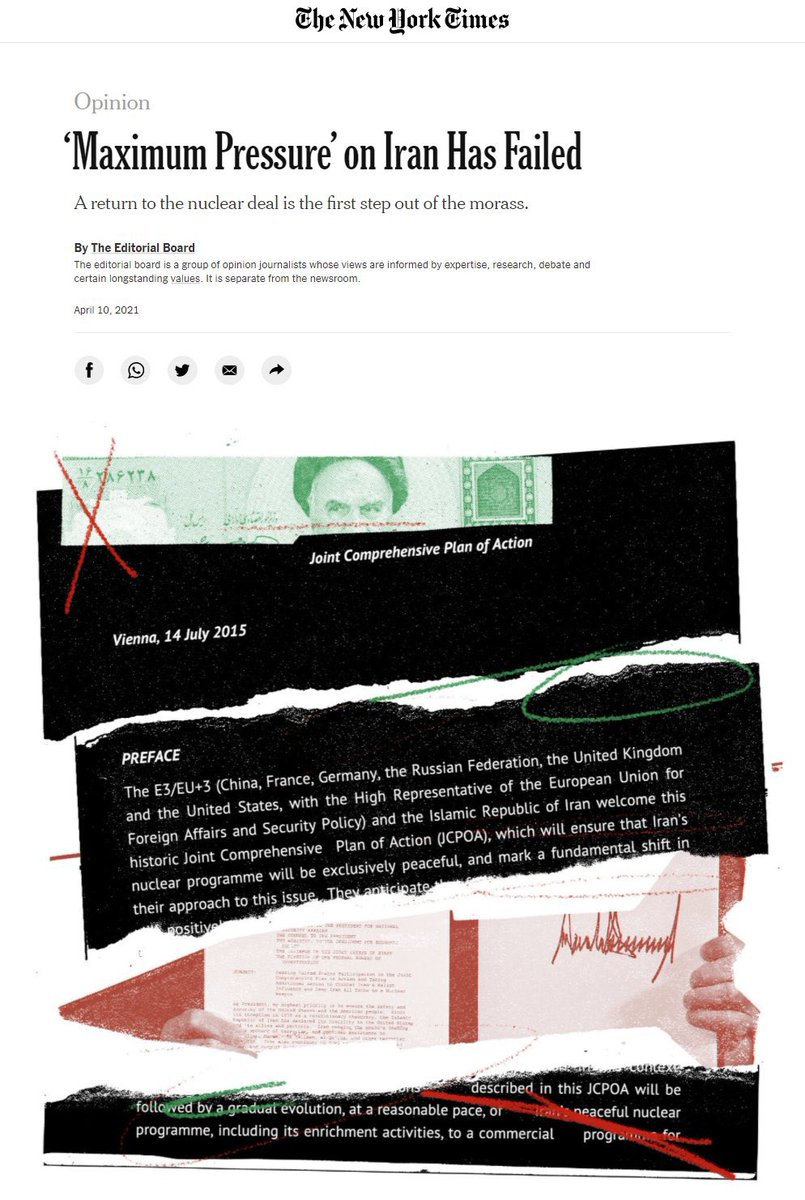 You can follow @RJBrodsky.
Tip: mention @twtextapp on a Twitter thread with the keyword “unroll” to get a link to it.