Read on Twitter
A few months ago, I hired an equally qualified woman for less money than I offered a man for the same position.

This is a story about unconscious bias.

#sktech #womenintech #womeninstem #EqualPayDay #cdnpoli #skpoli
#Equalpay for equal labour continues to plague every economy and corporation around the world, with the median pay for women remaining stubbornly 15-20% lower than men, even in countries working hard to do better with legislation, education, and systemic interventions. 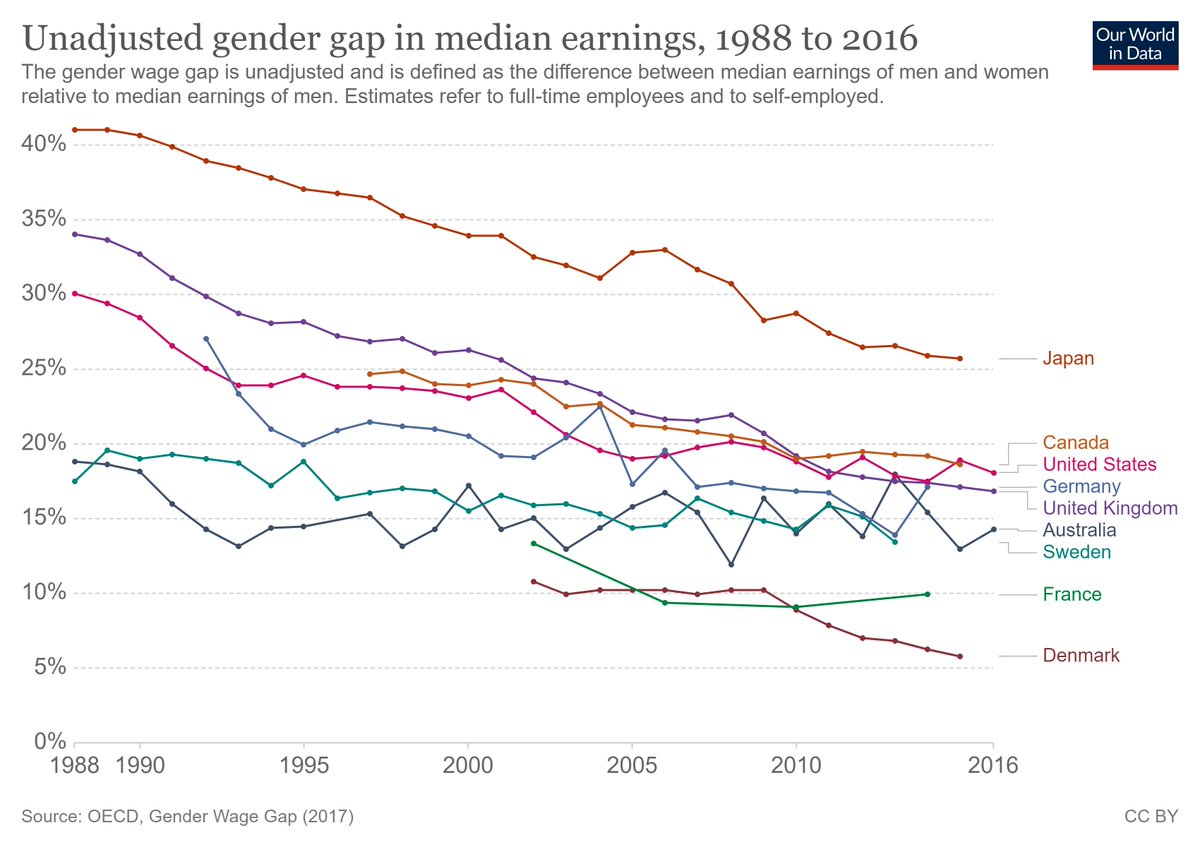 Women are perceived as less technical during hiring interviews, they have to prove competence more often than men to justify rewards, including promotions, and they are more likely to take on or be assigned “office housework”.
Many companies transparently work to improve the situation, including, like @SiemensCanada, taking the 50/30 Challenge or publishing the progress they're making towards a more diverse and inclusive workforce.

https://www.ic.gc.ca/eic/site/icgc.nsf/eng/07706.html
But one clear problem is bias, frequently unconsciously applied. This is when otherwise well-meaning people, men or women, fail to treat women equally because of underlying societal training.

We all have this.
So back to my story.

In January, I hired a woman for a position that started in May. At the time, I worked with HR to review my team's salaries and established what we believed to be a fair salary, given that she was about to graduate from @usask_engr.

She happily accepted.
Three months later, I sat down to build an offer for a man, entering into the same position at the same seniority level, graduating from the same university at the same time from the same engineering program.
Without looking at the salary I had offered the woman, I worked with my colleagues to establish what we believed to be a fair salary.

I offered the man more money. But I didn't know it yet.
Fortunately, @siemenssoftware insists that we review all job offers with HR. I’ll be honest, it was almost missed here as well because the woman was not yet on my team.

But then it occurred to us...
"What salary did we offer in January to the woman with the same start date & experience?"

.... Oh.
The really good news is that @Siemens made everything else easy. Within 48 hours, we were able to call the woman and inform her that she, before even starting, was going to get a 3% raise.

We also told her why.

She also gave permission to share the story.
But I learned that even with the best of intentions, I need to create or use systems to help me interrupt my biases. And that unconscious biases are _really_ unconscious.

But I'm also worried.
Most companies don't have the resources to review salaries with independent teams. And most salary reviews are more complex, when employees come with different qualifications and experience. And we know that unconscious bias training has significant limitations.
So what can we do, as a society, to ensure bias interruption across all of our economies and institutions?
Supplementary and helpful reading: https://hbr.org/2019/11/how-the-best-bosses-interrupt-bias-on-their-teams
How the Best Bosses Interrupt Bias on Their Teams

Strategies to foster equity and inclusion

https://hbr.org/2019/11/how-the-best-bosses-interrupt-bias-on-their-teams
You can find more details about this story here on the Siemens Ingenuity site: https://ingenuity.siemens.com/2021/04/saved-by-the-system-how-my-unconscious-bias-was-interrupted/
Saved by the System: How my Unconscious Bias was Interrupted | Ingenuity | Siemens

A few months ago, I hired an equally qualified woman for less money than I offered a man for the same position. It was an accident, but it was my fault. This is the story of how my unconscious bias...

https://ingenuity.siemens.com/2021/04/saved-by-the-system-how-my-unconscious-bias-was-interrupted/
You can follow @AaronGenest.
Tip: mention @twtextapp on a Twitter thread with the keyword “unroll” to get a link to it.