Read on Twitter
I've started watching the Grace Life Church protest. A few hundred people based on the feeds I've been viewing and several dozen police.

Of course as expected Kevin Johnston and Derek Storie are there. 1/
We see them driving in and looking for a space to park. Here they pass Mark Friesen. 2/
For some reference. 3/ https://saskatoon.ctvnews.ca/nobody-s-going-to-tell-me-that-i-have-to-anti-masker-claims-sask-s-new-mask-rule-clashes-with-charter-rights-1.5175130
'Nobody’s going to tell me that I have to': Anti-masker claims Sask.'s new mask rule clashes with...

Mark Friesen said he won’t be wearing a mask on Friday when mandatory masking comes into effect in Saskatchewan.

https://saskatoon.ctvnews.ca/nobody-s-going-to-tell-me-that-i-have-to-anti-masker-claims-sask-s-new-mask-rule-clashes-with-charter-rights-1.5175130
Now here is the dirty little secret that the protesters don't want anyone to know about.

Even the Grace Life Church pastor, James Coates, doesn't want them there and they are ignoring his requests not to come. 4/
Another video of the same discussion. 5/
What WOULD Jesus do, Kevin? 6/
And in addition to saying they have enough people to rush the police (though he "hopes" that it won't come to that), Kevin has something to say to Coates and others who don't want them there.

Sort of puts their narcissism into perspective eh? 7/
Johnston's attitude also reinforces the premise of the thread I tweeted earlier today. 8/ https://twitter.com/ARCCollective/status/1381279889349693443?s=20

Journalist @LauraKrauseNews is providing a lot of on-the-spot reporting. Please follow her profile for updates. 10/ https://twitter.com/LauraKrauseNews/status/1381293805442199552?s=20

Much of the day has been boring, but things got a bit spicy when the idiots tore down the fence.

Members of the church put it back up. They were then attacked by the idiots who claim to be there to support them.

And even the idiots have started fighting amongst themselves.
I had been watching Johnston's feed. Of course there is the usual harassment of journalists and his grandiose claims of what he will do when he is mayor, but this is when things really went south. 14/
Let the KJJ boot licking commence! 15/
I sort of enjoy listening to KJJ getting screamed at by another extremist. 16/
And now for the conspiracy woo. 17/
And though he says there will be a time for violence, KJJ is called a coward for saying that it isn't now. 18/
And just to give everyone more of idea of the chaos at the end, here is a guy yelling at church members he was, ostensibly, there to support. 19/

#gracelifechurch 20/
I might mention that the Grace Life Church protest was a focus of the talk Johnston's live feed with Pat King and Derek Storie where Waco was invoked. 21/
The discussion was interesting in that they were ansty for some sort of confrontation. 22/
They shared rumours of what would be happening. 23/
Claimed the dreaded "antifa" would be there (in fact, there were no counterprotesters planning on attending). 24/
And they suggested that any violence that DID occur wouldn't be them. It would be a false flag. 25/
I mean, that's certainly convenient, eh? 26/
Apparently Ezra Levant approves of tearing down the fence if this tweet is any indication. https://twitter.com/SteinsonAdam/status/1381323839359963138?s=20

Mark Friesen not surprisingly suggests that the fence being taken down was as a result of agent provocateurs because they always disavow every act of violence they commit, blame others (or claim it is a false flag), so they can continue to claim they are peaceful. 29/
I had been watching the feeds looking for members of hate groups who said they would be participating in the protest. One of those was Steven Lane, founder and "president" (though perhaps no longer?) of the Urban Infidels. 30/ 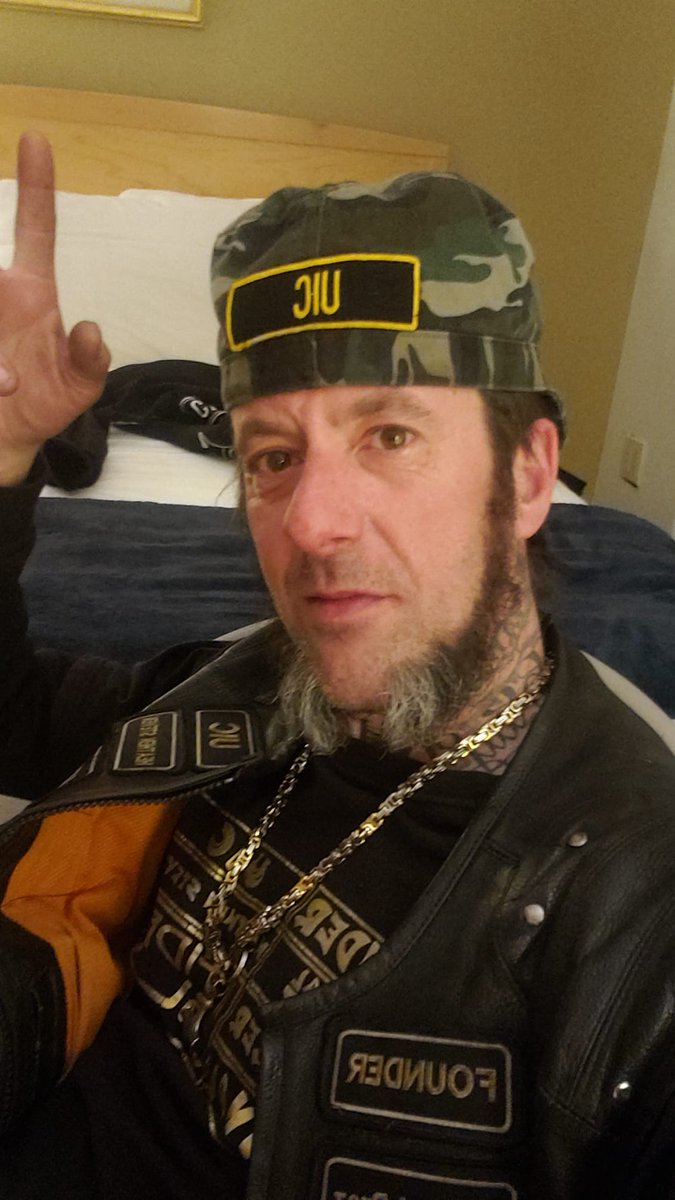 As I didn't see him I figured him to be a no-show.

However, a few minutes ago and after everyone else had left, Lane and a supporter arrived to... do something I guess? 31/
No words.

This is just pathetic and sad. 32/
As an aside, didn't a lot of the protesters claim they would be pitching tents and staying the night?

I guess a cold night can change one's commitment pretty fast. 33/
I wish that everyone can find a soulmate who will look at them like Kevin Johnston looks at himself. 34/ 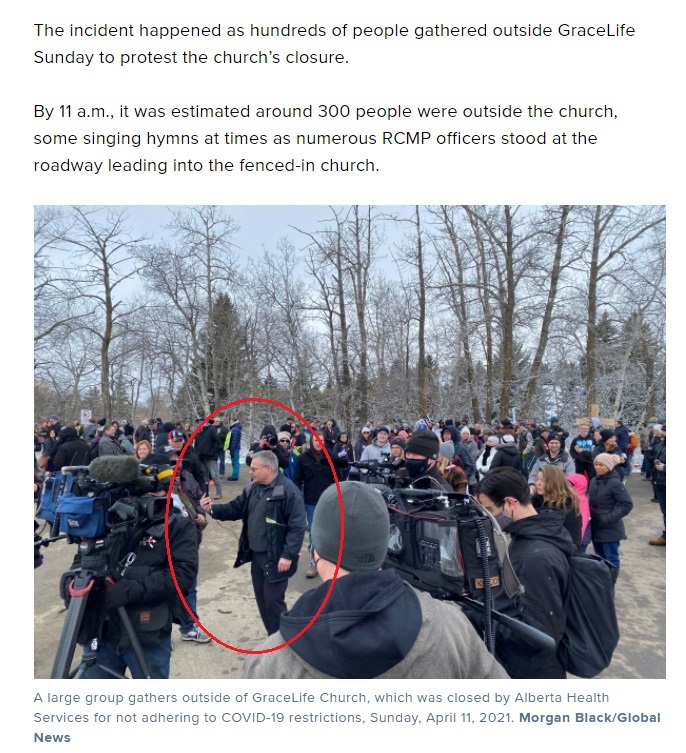 Protesters: "We're fighting for our rights and freedom!"

FNMI: "So, would you mind allowing us the freedom to not have you on our land?"

You can follow @ARCCollective.
Tip: mention @twtextapp on a Twitter thread with the keyword “unroll” to get a link to it.