Read on Twitter
I'd like to use this nice news thread from @YanQinyq about China's new Renewable Energy FiTs as a foundation to talk about amazingly quickly Chinese solar and wind power production costs have come down in China.

FiT means Feed-in-Tariff. It's the rate that the grid company pays the generating company for its power.

These are the Chinese utility-scale solar PV FiTs for the last decade. The regions are determined by abundance of solar irradiation (i.e. natural solar resources). 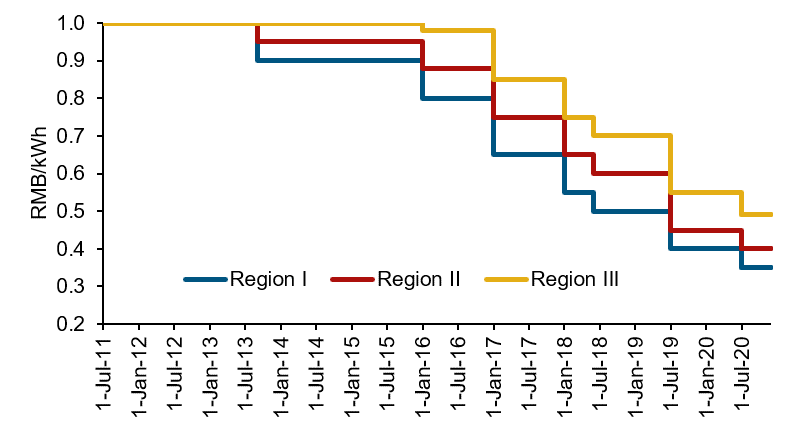 The important thing to note about FiTs is that they were MUCH higher than tariffs for coal generated power. This is because the cost of developing solar (or wind) used to be much higher.

For comparsion, coal power prices across the country these days are 0.24-0.45 RMB/kWh.
The high FiT levels worked to push more developers to build wind and solar plants, which spurred manufacturing R&D and encouraged economies of scale.

Solar and wind development costs dropped quickly, and the FiT level dropped over the years as well, to reflect these lower costs.
Now we see from Yan's thread, the offtake price in some provinces is already lower than coal!

So who exactly paid to subsidize wind and solar and pusth them into economic competitiveness in China? Who was putting up the money to give to RE developers, hoping costs would drop?
Well basically, big industrial and commercial power users in China did.

The Chinese gov't created a Renewable Energy Development Fund (REDF) and collected a surcharge from power end-users to be able to subsidize the higher cost of the wind and solar power.
Some people might know that the REDF is in deficit now. This is because the # of projects that were connected to the grid and demanded subsidies was way more than what the fund could collect from end users.

This is also one of the reasons the FiT level had to reduce. 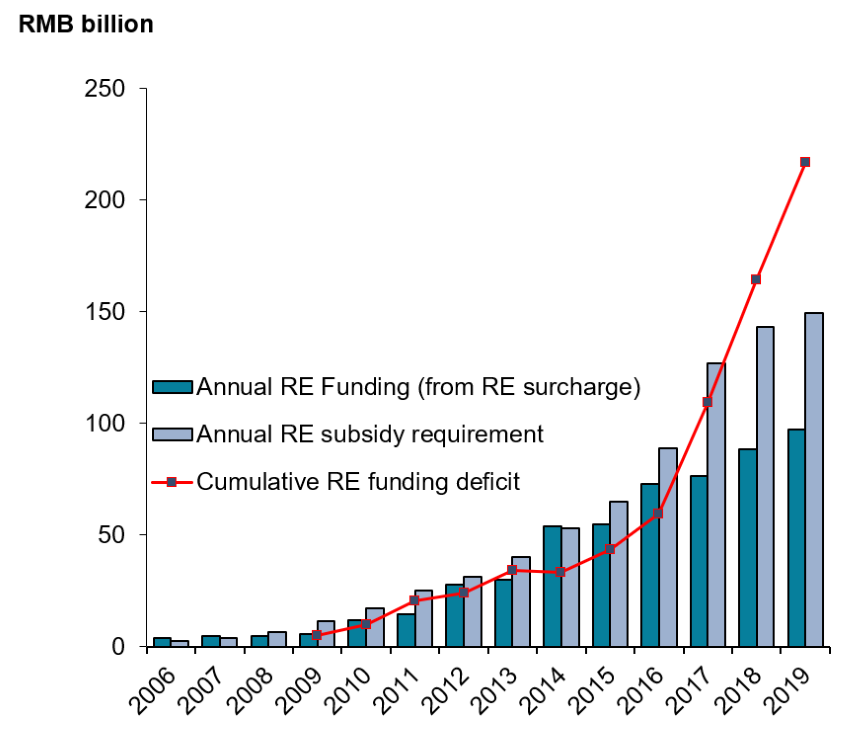 Of course RE developers are not going to be happy with the new, lower FiT levels.

This is an important distinction
We'll see when the new capacity statistics for 2021 eventually emerge next year. If we see a huge drop in new capacity additions, we'll know the FiTs were probably too low and revisions are needed.

Personally I think we'll see a YoY drop in solar capacity additions. Why?
1. Because they were high last year, with companies scrambling to take advantage of the last year of subsidies and grid-parity policies.

2. Because many regions are now mandating RE + storage but don't have a mechanism to allow the developer to get a higher offtake price for it.
I'd be happy to be wrong on this one, but my gut feeling is that these FiTs are a bit too aggressively low for 2021 and RE developers, especially private sector, are going to turn up their noses. Or get VERY picky about their regions.

This is not investment advice

End.
You can follow @pretentiouswhat.
Tip: mention @twtextapp on a Twitter thread with the keyword “unroll” to get a link to it.