Read on Twitter
You've always read that you get the first-mover advantage if you're first in the category.

Great, you surely do.

But, what if you could create a lasting competitive advantage for your business? 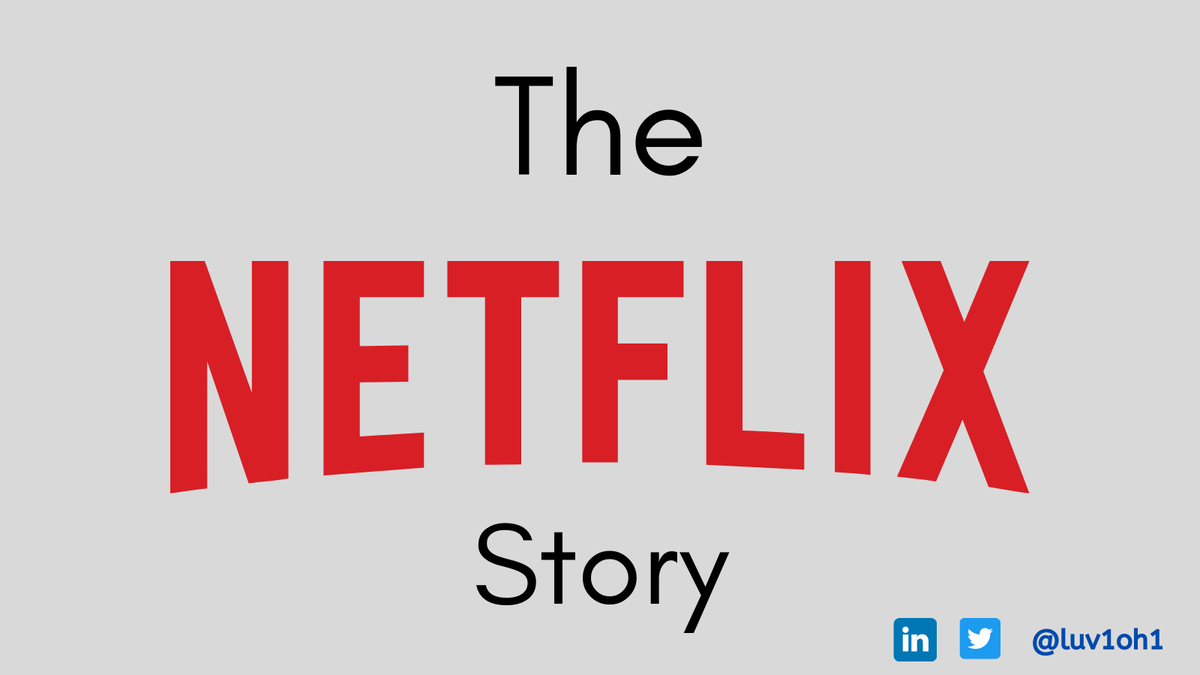 We’ll have to go back in time, in the year 1997, when Reed Hasting founded NETFLIX.

Yes, your favourite company is more than 2 decades old!

This was the pre-broadband era where dial-up modems were used to connect to the internet.

At that time, streaming high-quality video content was not possible due to slow connectivity.
So Netflix, started an offline business just like other video rental stores(in the form of CDs/DVDs)

To outshine its biggest competitor (BLOCKBUSTER) that time, NETFLIX started a subscription service over mail in 1999 where a customer could buy the subscription and enjoy unlimited DVD rentals.
All they had to do was, return the old DVD before ordering the next one.

The delivery and collection of DVD was taken care of by Netflix.

It even waived off late returning fees!
This was a steep learning curve that Netflix had to climb in terms of:-

-developing logistics to ship DVDs to and from customers

-negotiating with studios to access DVDs for this model

-ability to recommend movies based on past orders.
Which Netflix climbed and that gave Netflix the competitive advantage over Blockbuster for years.

By the time, BLOCKBUSTER was ready to enter the subscription business, broadband connections became more widespread.

Netflix was already gearing up for the giant leap i.e video streaming

Now, it had to climb another learning curve to:-

-negotiate with studios when they were skeptical about online streaming companies and saw it as a threat to their business.
This was the time when studios demanded higher prices for licensing their content to Netflix.

Due to this, Netflix was forced to create its original content.

Now, the company had to climb the steepest learning curve yet, to compete with the biggest Hollywood studios in their game where Netflix was a newbie.

The company produced some of the finest shows and movies.

The rest is history.
Takeaways?

1. Climbing a steep learning curve is an emotionally and financially draining process.

Not everyone will do it.
2. First mover in the category will give you an advantage.

First to climb the steep learning curve will give you an unfair advantage for years.

3. What got you here won’t take you there.

You will have to constantly evolve.
Source: My notes from this book https://amzn.to/3dKC5AC
Blitzscaling: The Lightning-Fast Path to Building Massively Valuable Companies

https://amzn.to/3dKC5AC
If you found this thread interesting

please RETWEET the first Tweet of this Thread so that it reaches more people.

)
You can follow @luv1oh1.
Tip: mention @twtextapp on a Twitter thread with the keyword “unroll” to get a link to it.