Read on Twitter
BREAKING: THE DEPT. OF DEFENSE KNEW MIKE FLYNN WAS A TRAITOR STARTING IN 2014, NEW REPORT, wait. Says.

Thread. Of course he was. Can I explain a little more? It's really dumm. https://www.theguardian.com/us-news/2021/apr/08/michael-flynn-ignored-official-warnings-receiving-foreign-payments
Michael Flynn ignored official warnings about receiving foreign payments

https://www.theguardian.com/us-news/2021/apr/08/michael-flynn-ignored-official-warnings-receiving-foreign-payments
I'd just like to start off by saying I'm actually very chill in real life. Animated to punctuate conversations, but that's for theatrical verve.

If I write in ALL-CAPS on Twitter, it's because some stuff is so MIND-BLOWINGLY STUPID and media couldn't get it right.

Like this.
Some basics: When you go for *a job* that requires security clearance, it's a serious thing. You fill out an SF-86 where you detail your entire life and they hire people (an SSBI) to investigate your claims.

*Much less the higher up ones.* #HINT
Now, this may seem obvious, it may not, but when you lead an intelligence agency, that's a very high job. You know a *lot* of secrets that would damage America *badly* if *any* were released to the wrong people.

Mike Flynn was a "three-letter bubba," a guy who led DIA. 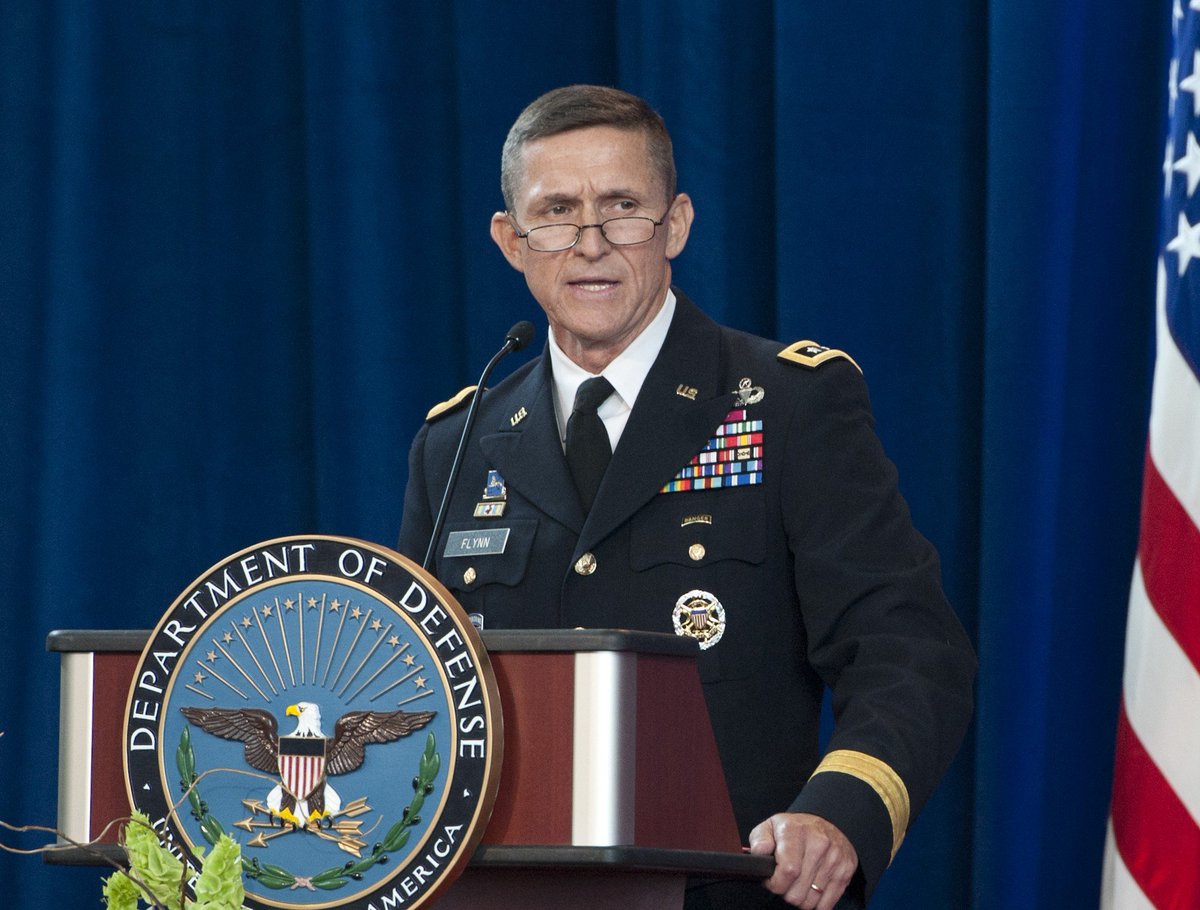 Mike Flynn led the Defense Intelligence Agency, which is principal source of foreign intelligence to combat related missions. So in addition to his commission as a three-star Army General, he ran one of the intel agencies.

https://www.dia.mil/about/faqs/
These are not jobs you simply retire from. You know so many secrets that if you were ever kidnapped, brainwashed, or went senile, any form of your compromise would be a material threat to United States national security, because you could reveal vital secrets. 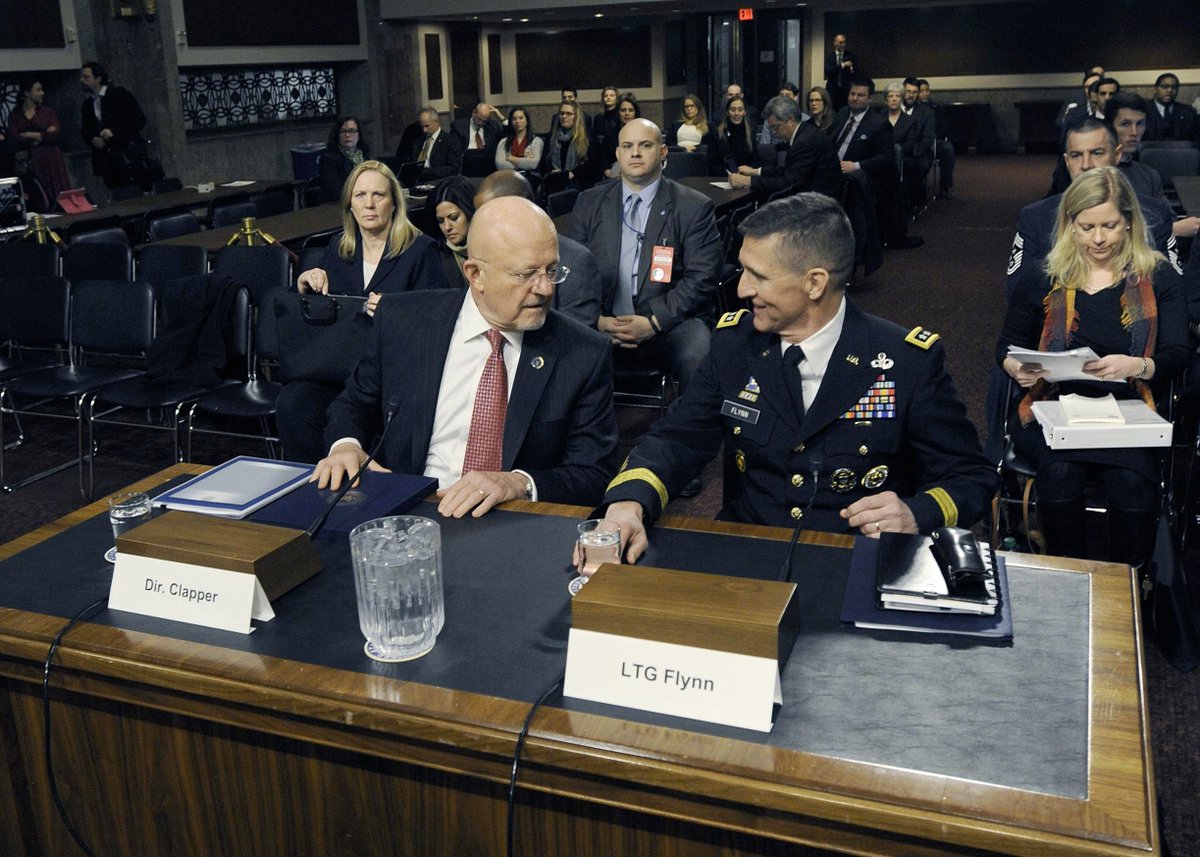 There's the famous photo of Flynn sitting with Putin at the Russia Today gala. It's insane. But actually, it's *too insane to begin with.*

Let's just start with what you're not allowed to do when you hold ANY clearance, and then what is expected of an AGENCY DIRECTOR. 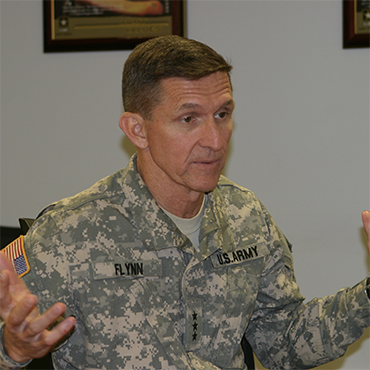 If you hold a Top Secret clearance, you are supposed to be truthful in your initial disclosure of FOREIGN RELATIONSHIPS AND MONEY (the big ones) as well as any updates.

So, if you suddenly take on more debt? You have to report it. 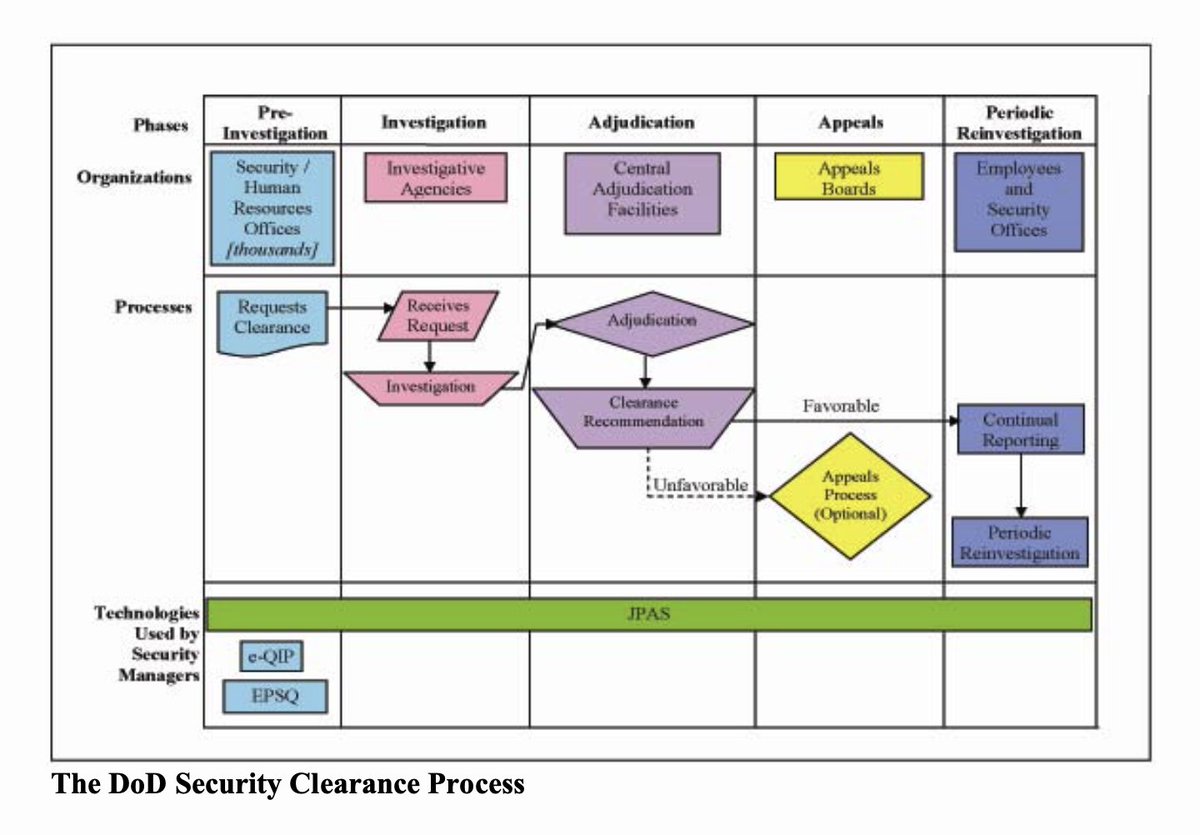 If you hire one contractor to put in flooring in your house, and another one shows up and they are Serbians and you catch them rummaging around your home office? Might need to call your security officer and let them know.

Go on vacation to Perù? Probably gotta call that in. 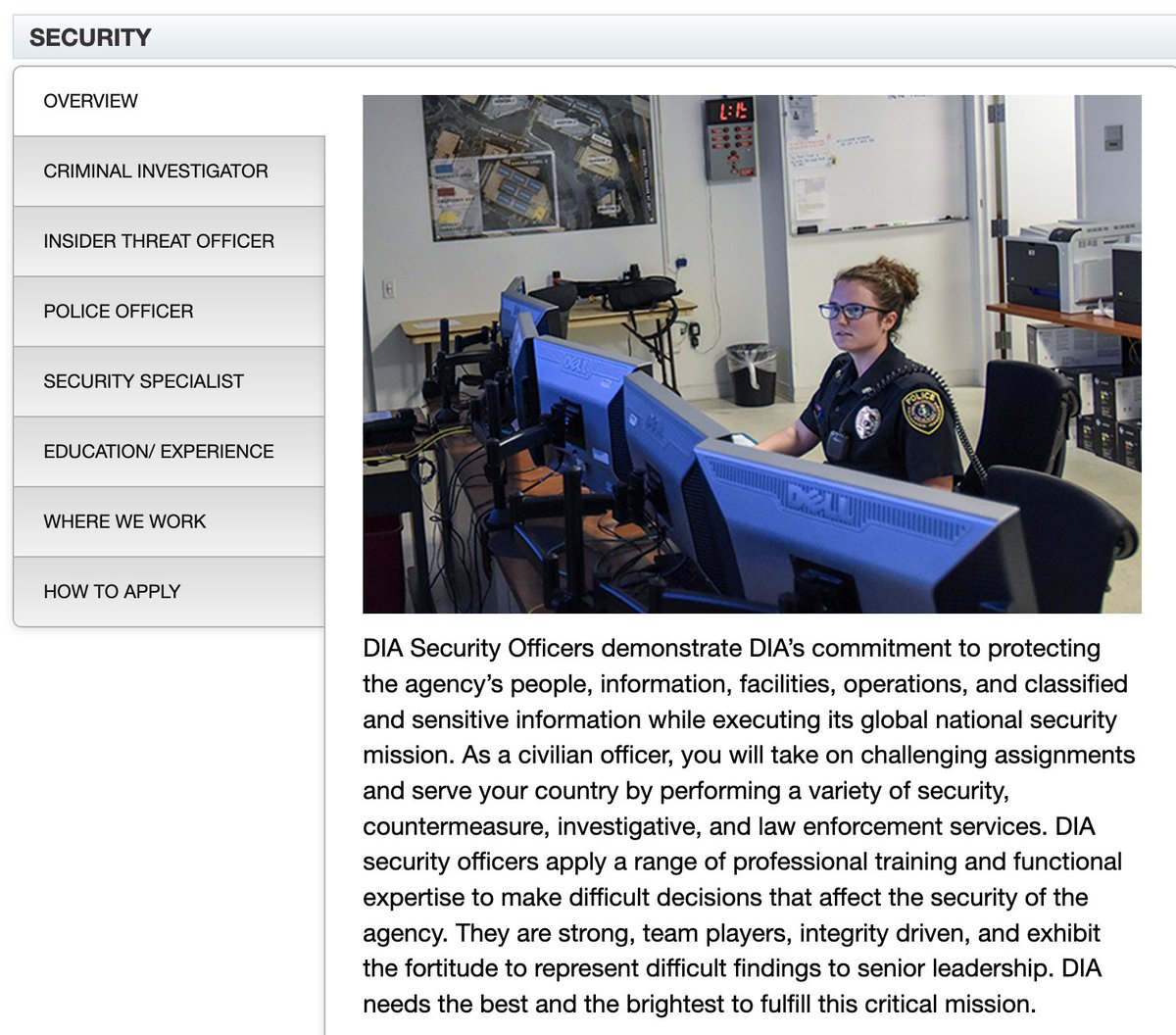 ALL OF THIS IS COMPLICATED, BUT NOT THAT HARD. You work with national security secrets of any kind? You can't have foreign allegiances, can't be in debt so people can buy you off, can't be a drug addict, and shouldn't have a weird ideology where you hate democracy. So they check.
All of the above is for normal gov't employees with clearances. Are you HEAD OF AN INTELLIGENCE AGENCY? It's all of the above but so much more intense - even after you retire.

You still know things that would be incredibly dangerous if you gave them up to our enemies. 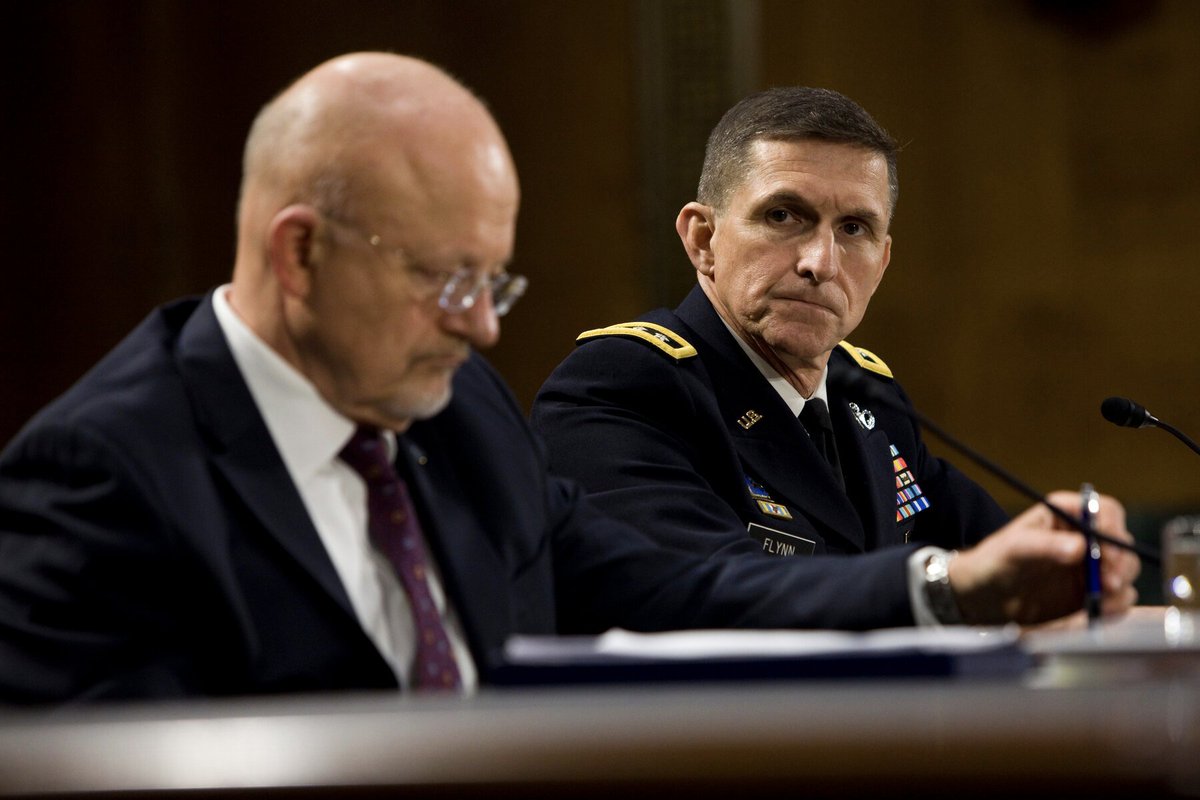 So, I gather if an agency director retires, she/he still has to report:
- conversations with foreign nationals
- all foreign travel
- all sources of income

I mean, you go on vacation and you talk to the busboy for five minutes in Greece, you report it. 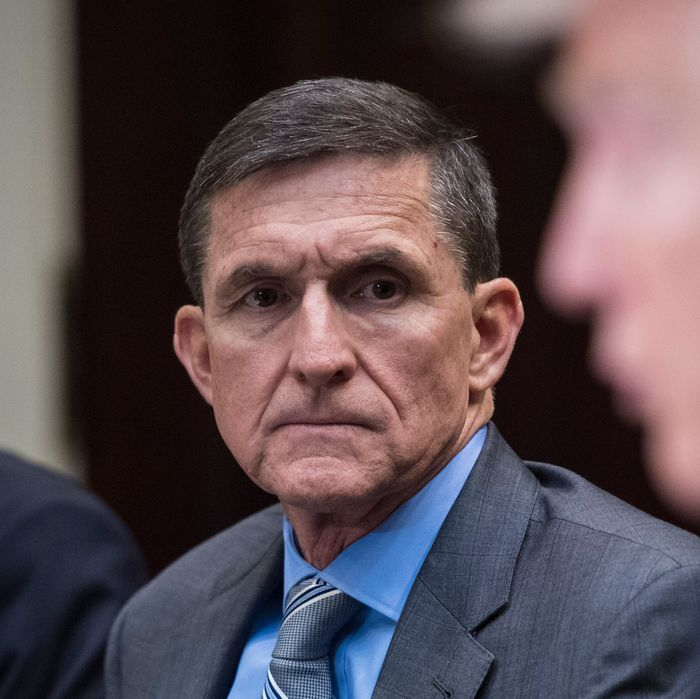 So even in retirement...you're still a major U.S. asset. 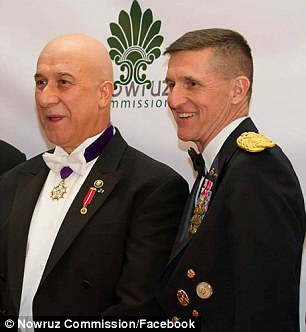 OK, so let's get to the Guardian article. Surprise, surprise, MIKE FLYNN WAS A FOREIGN AGENT FOR YEARS and of course Obama knew (he had fired the guy) and Trump knew and tried to make him APNSA and...it's all insane.

YOU CAN'T DO THIS AS A RETIRED INTEL DIRECTOR. AT ALL. 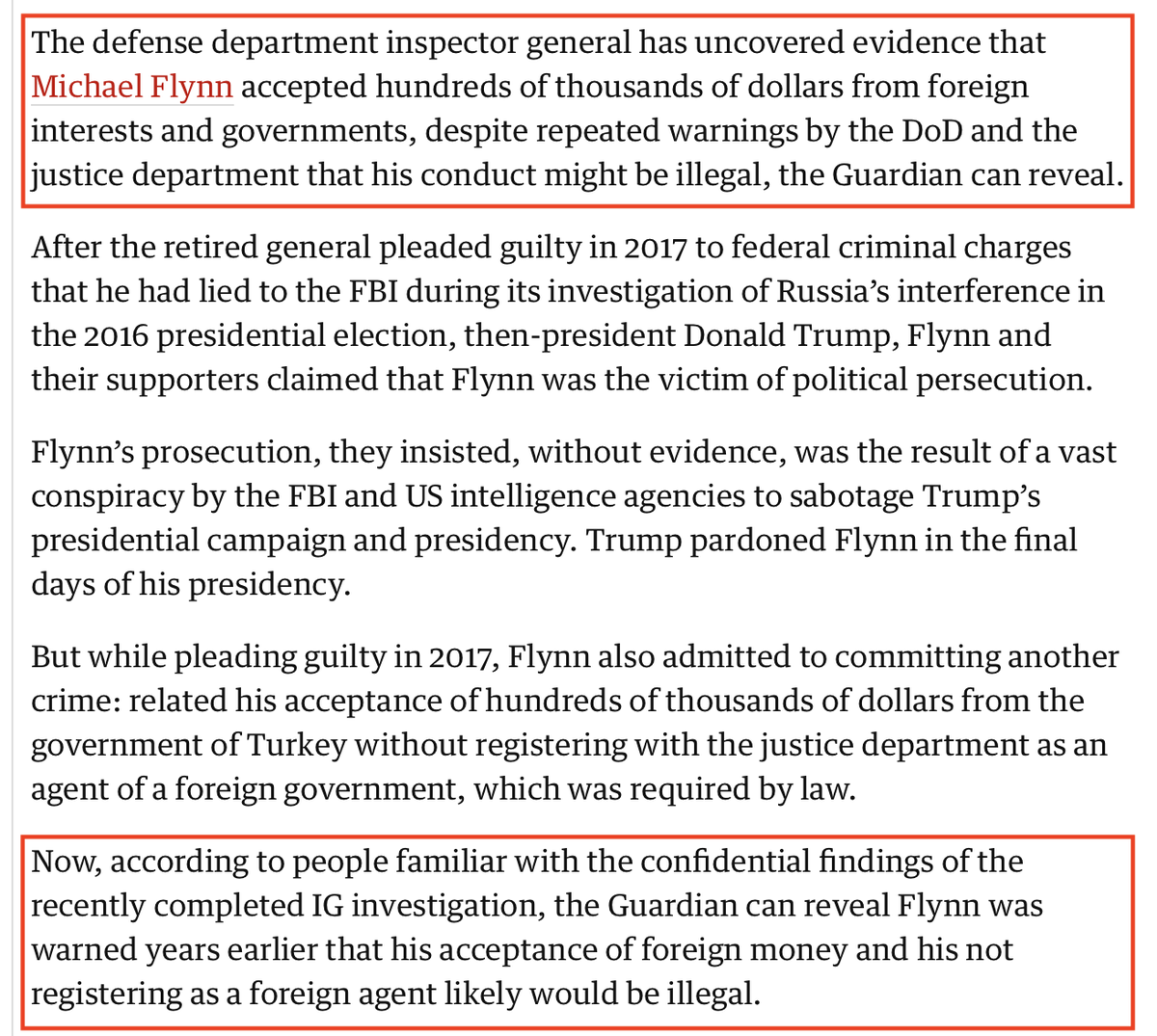 Remember all that "Oh, Flynn? Oops, he lied to Pence. Yeah, that's the ticket? Yeah!"

Oh, bullshit. Flynn was a full-on traitor on the PAYROLL of foreign nations during Obama's term.

EVERYONE in the Trump administration knew they were lying about this.

OK guys, if you have to report chatting with Jorge the bartender on your Mexican vacation as a retired intel director, THEN YOU PROBABLY CAN'T TAKE A MONTHLY RETAINER FROM FOREIGN DICTATORSHIPS, Y'KNOW?

Flynn's insane and the GOP are all traitors. They covered this up. 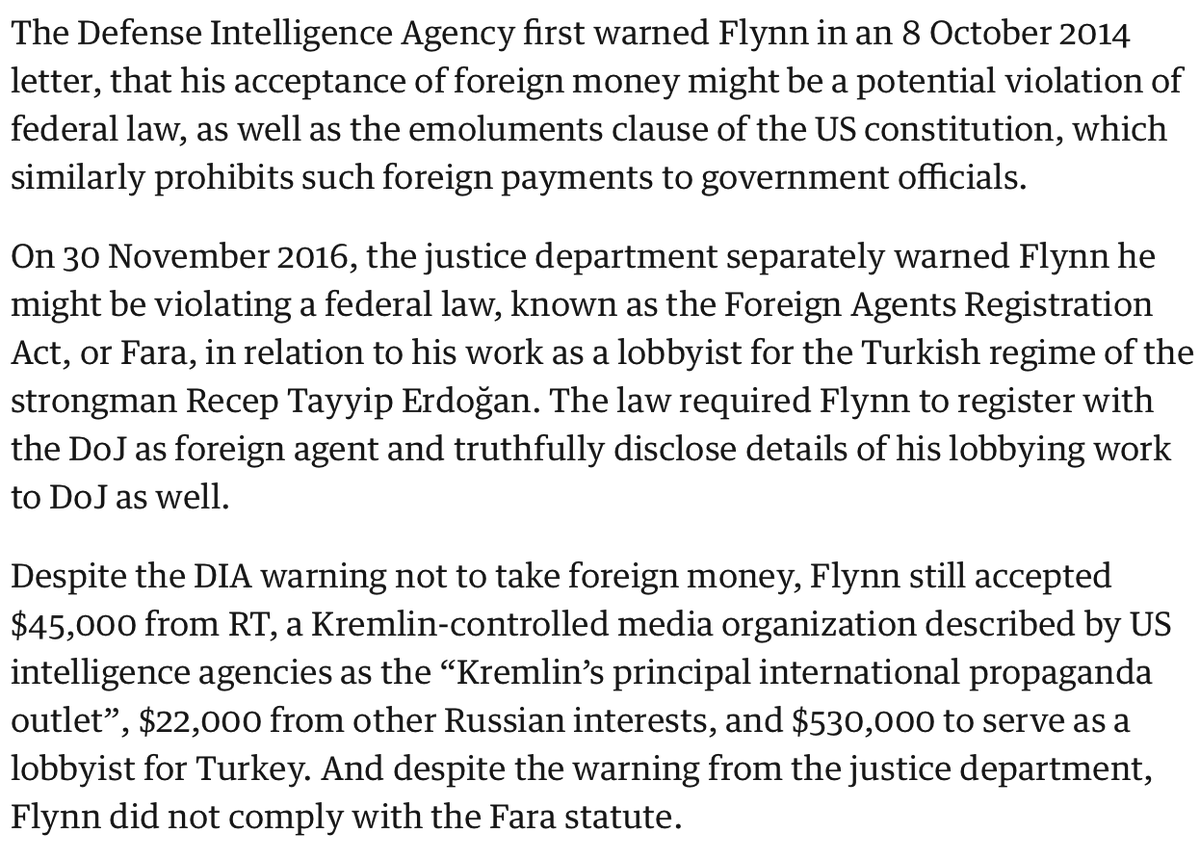 Do you see the dates here? Flynn resigned in August 2014. Above, we see that the DoD was warning Flynn about registering FARA in OCTOBER 2014!

Things take a minute in the government.

That means Flynn *instantly* sold out to foreign powers - or had *already sold out.*

This here is the warmup act. These are the civil remedies for Mike's behavior as a private citizen.

But the Uniform Code of Military Justice may be quite a bit more brutal on the matter.

See, lying to the FBI was just a small part of Flynn's criminal activities. 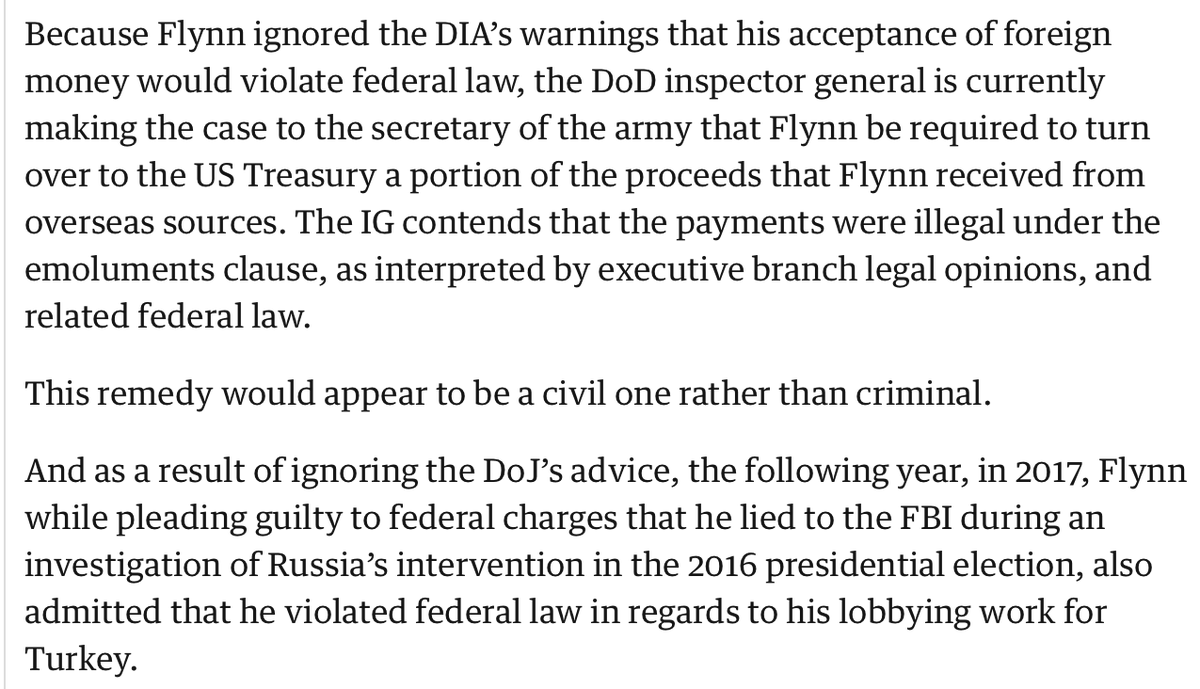 The WEEK following Pres. Biden's inauguration (three weeks after the attempted coup) the DoD officially wrapped up its investigation of Flynn.

They gave him a chance to be honest. He repeatedly declined. 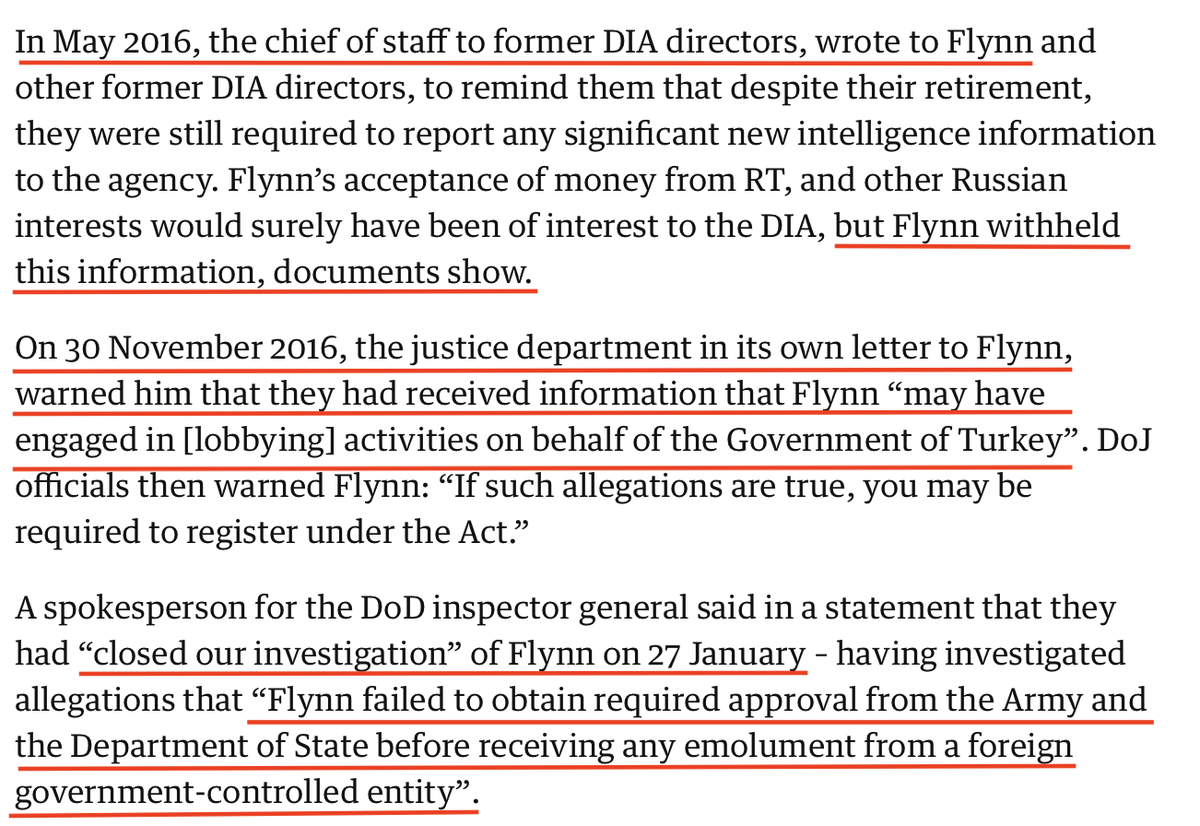 Now that Trump is gone, the prosecutions can finally go forward.

As well as the conspiracies to cover this all up for the benefit of America's enemies.