Oil & Gas” brand is operated by @CanadaAction, which has deep ties to Conservatives in Alberta.

“Our messages are not resonating,” Natural Resource Minister Greg Rickford told a room full of oil and gas executives in a luxury Rocky Mountain resort last fall. “You are fighting an uphill battle...

Likely with seed money from John Battershill, a chiropracteur who operates in Calgary, and drives an I

Cody Battershill Background and Information Cody Battershill is a Calgary realtor and founder of Canada Action, a pro-oilsands advocacy group with deep ties to the Conservative Party and the oil and...

Now he claims to be able to help heal traumatic brain damage with chiropractic treatments. 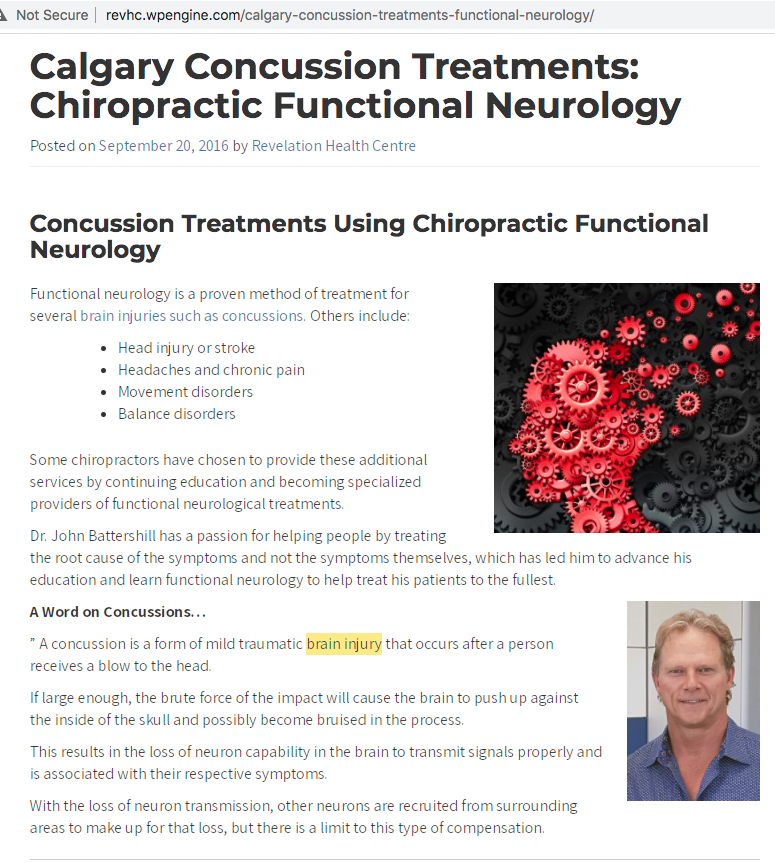 About a year ago, John Battershill sent an email out to his clients downplaying the dangers of #Covid19. He called it "viral pneumonia" & suggested using Olive Leaf Extract--which he sells--to ward off the disease.

Since then 1900 Albertans have died. 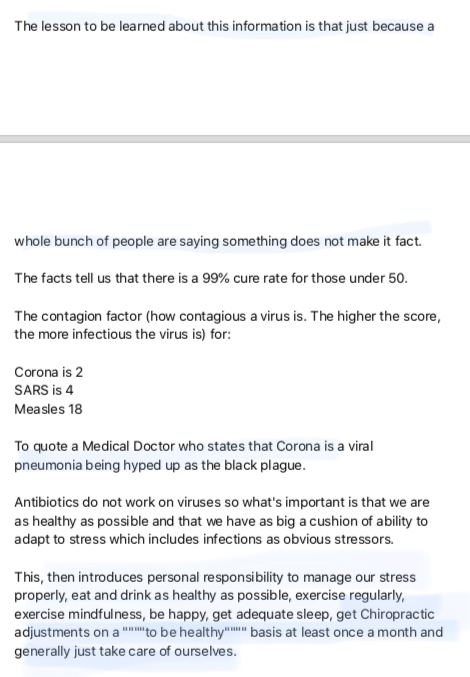 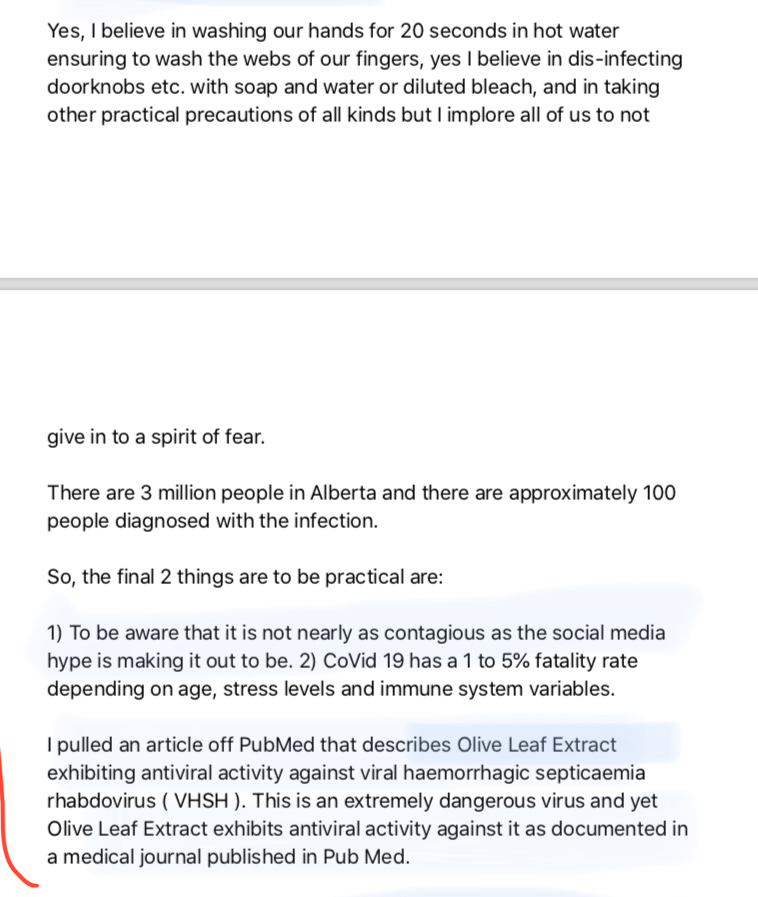 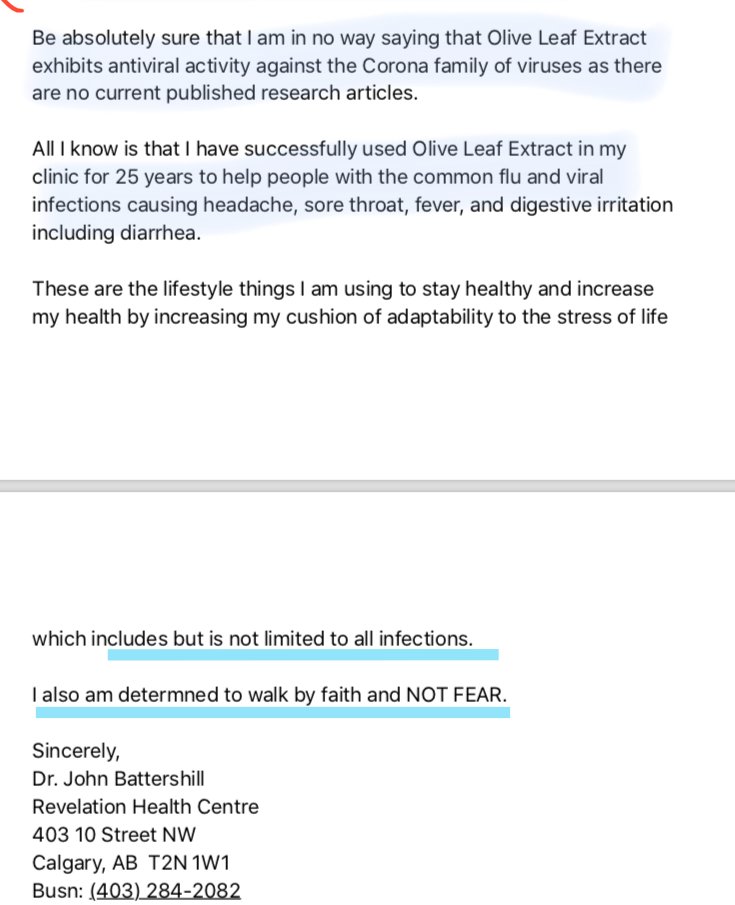 This is John Battershill's truck.

He has a habit of parking it illegally. 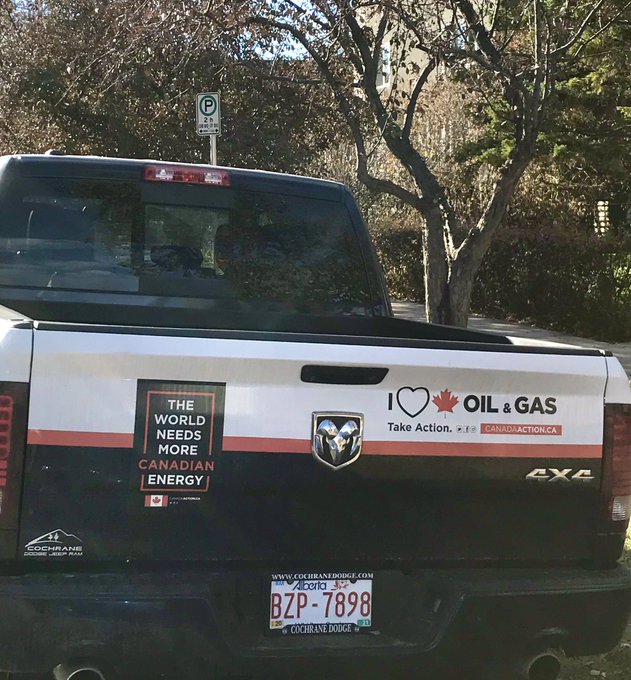 Canada Action has over 100K likes on their FB page & over 11K followers on Linkedin. They are very active on both sites, as well as here and on IG.

They are also very effective at infiltrating corporate AGMs and conferences. 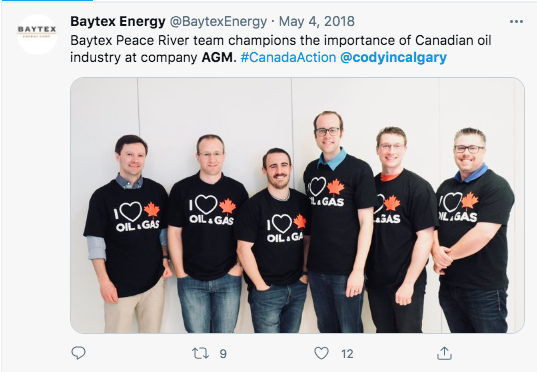 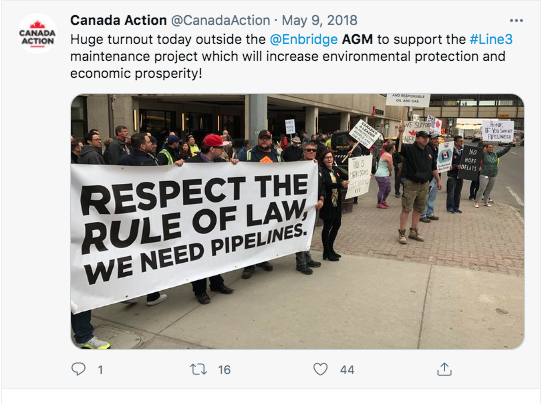 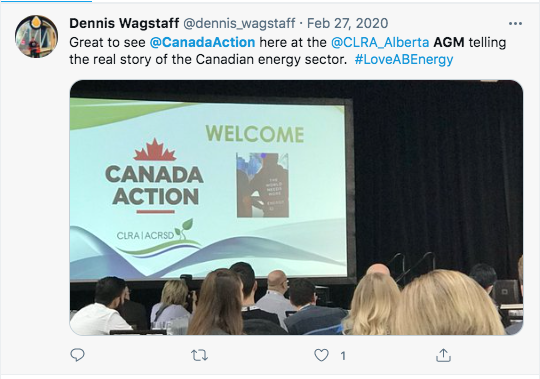 Canada Action claims to be non-partisan yet they find the most support among Conservatives. 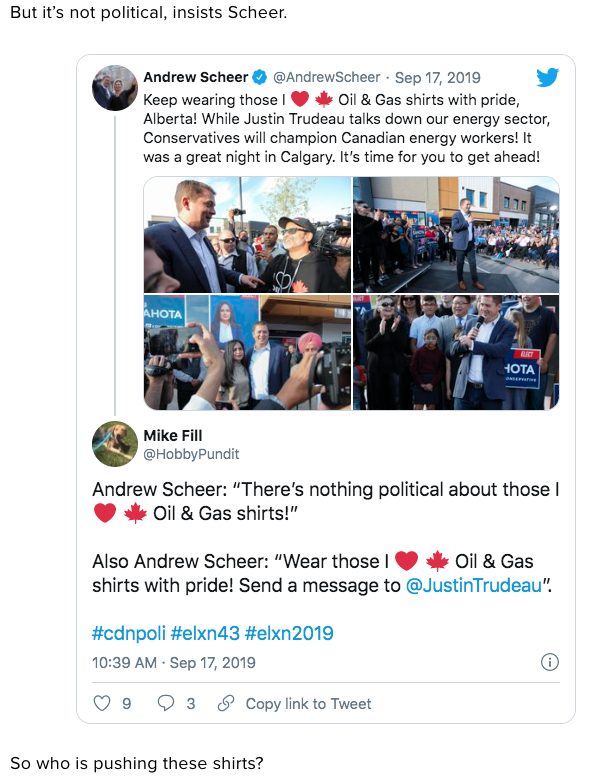 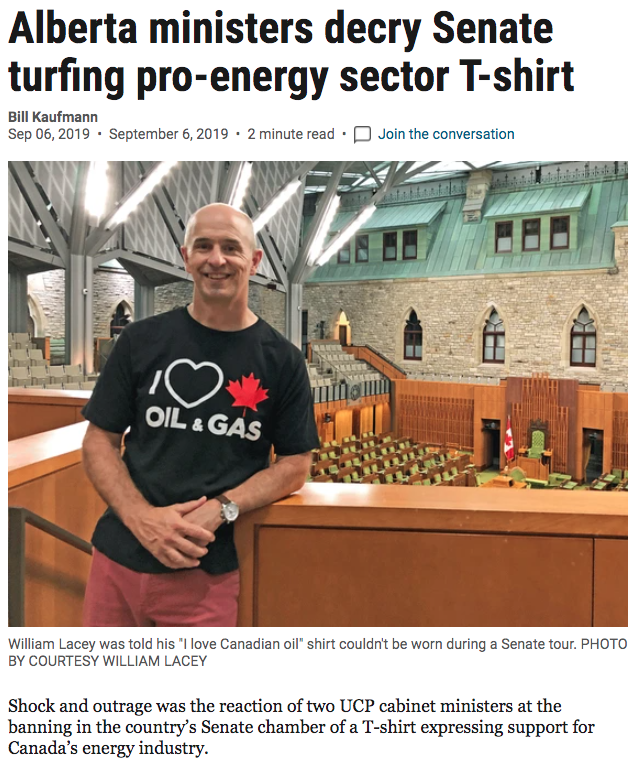 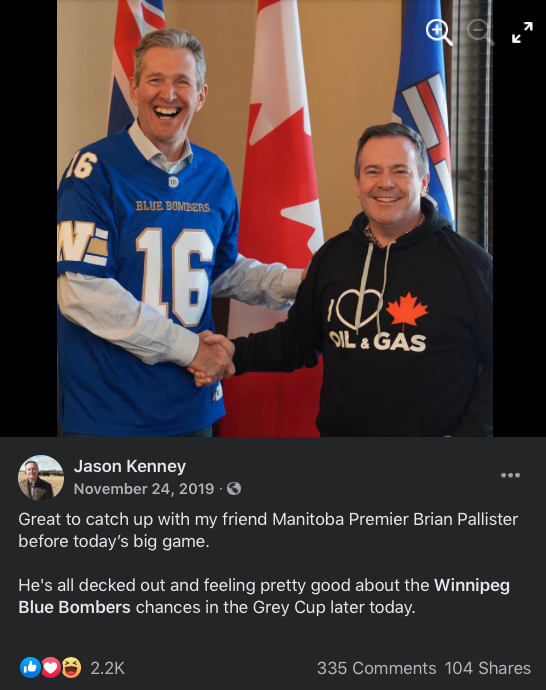 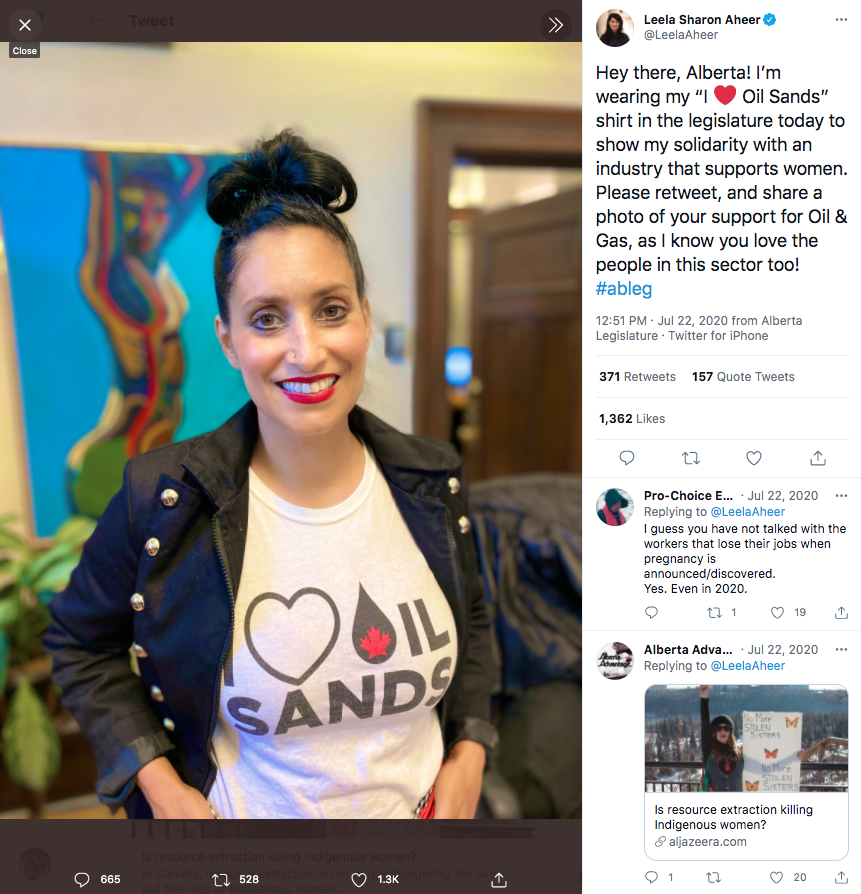 CAPP’s “grassroots” group, a real estate mogul, and an oil-obsessed government – A climate justice journalist heads to the Global Petroleum Show in Calgary to see how the industry is pushing its...

As an Alberta-born and -raised earth scientist who has made a career studying fossil fuels and energy issues, I am dismayed at the bombardment of ‘fake news’ in print, online and TV ads from the...

https://www.policynote.ca/false-advertising-by-the-alberta-government-and-oil-lobby/
"Companies place large bulk orders for [Battershill's] apparel, and a handful of firms and associations each put up $2,500 sponsorships for his “grassroots” rally, which ran alongside Calgary’s annual Global Petroleum Show." https://www.macleans.ca/news/canada/the-rise-of-albertas-unapologetic-petro-patriots/
The rise of Alberta's unapologetic petro-patriots - Macleans.ca

Legions of Albertans are showing their allegiance to oil by wearing their hearts on their sleeves (and caps and T-shirts and hoodies). Is it a defensive posture?

Conservative Leader Andrew Scheer said a pro-oil slogan is not political, then used its message to attack his political rival.

(I had remembered seeing somewhere that @LeelaAheer had turned her car into a Canada Action billboard, but I couldn't remember where. It was this segment. https://twitter.com/TheBreakdownAB/status/1188771914942074880?s=20

This connection between Canada Action, @shandro, and @doug_schweitzer, is important.

And great investigation by @kim_siever.

Annual returns for Canada Action 2016, 2017, and 2018 were filed by Tyler Shandro. https://kimsiever.ca/2020/05/22/did-tyler-shandro-misrepresent-an-oil-and-gas-organization-while-he-was-a-lawyer/
Did Tyler Shandro misrepresent an oil and gas organization while he was a lawyer?

I recently acquired several documents related to the Canadian Action Coalition. While reviewing the documents, I noticed that the annual returns for 2016, 2017, and 2018 were filed by Tyler Shandro…

https://kimsiever.ca/2020/05/22/did-tyler-shandro-misrepresent-an-oil-and-gas-organization-while-he-was-a-lawyer/
About a year ago, when @jkenney was on his way to visit @sait, the college pulled down their rainbow flag and replaced it with... an "I

Kenney wore a Canada Action hoodie to the Grey Cup game in 2019. https://www.thestar.com/edmonton/2019/11/25/was-jason-kenney-booed-at-the-grey-cup.html
Was Jason Kenney booed at the Grey Cup?

Social media users are questioning whether the premier’s popularity may be waning after the crowd’s mixed reaction to Jason Kenney’s introduction on S...

https://www.thestar.com/edmonton/2019/11/25/was-jason-kenney-booed-at-the-grey-cup.html
In the past couple of years Canada Action has branched out.

Now they claim to support forestry, farmers, and strip mining. 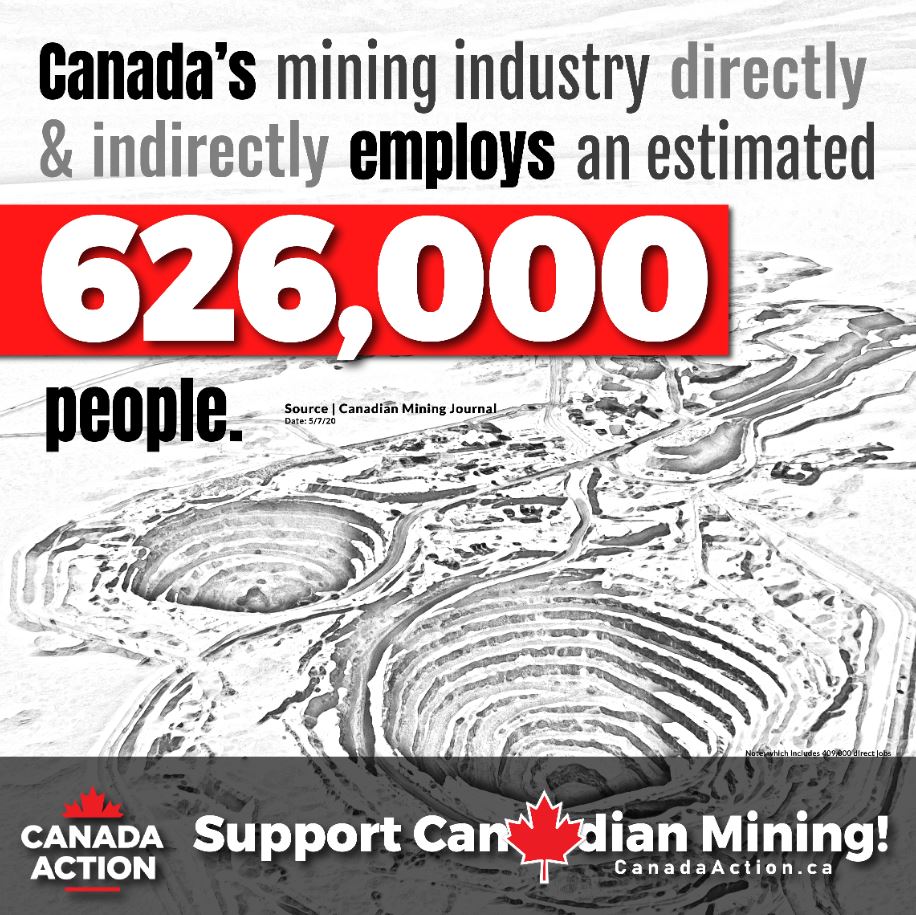 Established brands are durable. It's easier for a politician to hitch their wagon to an existing brand than to trick someone to think that they care about reducing homelessness. 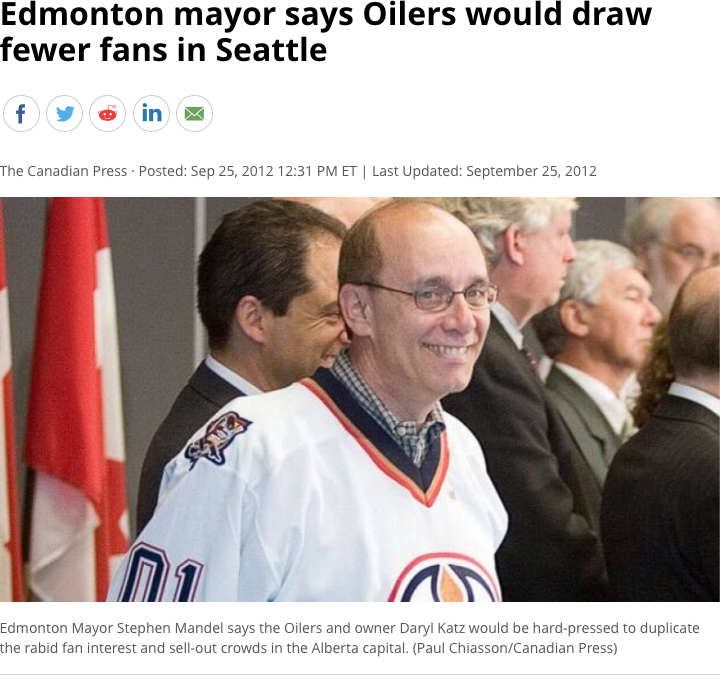 . @maxfawcett talks about this idea in relation to Tim Hortons.

"Harper frequently used Tim Hortons locations as backdrops for announcements or photo ops and, in 2009." https://thewalrus.ca/how-tim-hortons-became-a-political-prop/
How Tim Hortons Became a Political Prop | The Walrus

https://thewalrus.ca/how-tim-hortons-became-a-political-prop/
"The real power of Tim Hortons for politicians, it seems, is its link to the rise of populism as a political force and the 'common wisdom of the common people.'"

This week, Canadians will see two different kind of political marketing campaigns unveiled in the controversy over the long-gun registry.

Tim Horton’s, Canada’s most popular purveyor of addictive substances (sugar and caffeine). In this episode uncover the importance of this unstoppable coffee chain and it’s hidden role in politics....

https://frequencypodcastnetwork.com/2020/05/10/the-political-power-of-tim-hortons/
So how does this relate back to Canada Action's marketing?

They do the marketing for an identity that both industry & politicians can hitch on to.

Canada Action is basically marketing Conservatism to all the workers in major industries that will be harmed by it.

It pretends to be grassroots, but it's all fake astroturf.

Oil and gas doesn't love you back.

When Trump decided he was going to run for president, people underestimated how good he would be at marketing and branding. He had been doing it all his life.

The symbol became something that voters related to. https://www.gq-magazine.co.uk/article/what-is-a-maga-hat
Trump’s MAGA Cap: "This Generation’s Ku Klux hood” or a brilliant piece of political branding?

Has there ever been a piece of headwear as contentious as the “Make America Great Again” cap?

https://www.gq-magazine.co.uk/article/what-is-a-maga-hat
Conservatives in Canada were quick to jump on an established brand they thought would make them apear relatable.

Some even wore it with “I 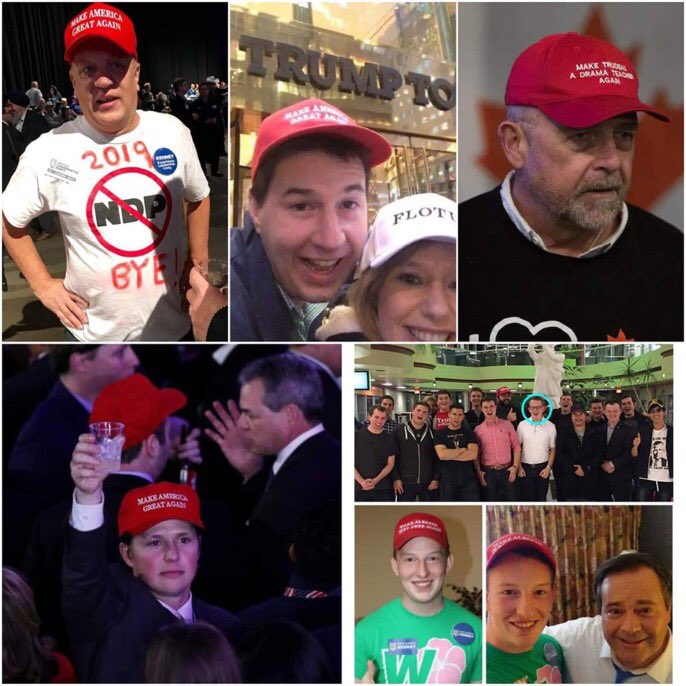 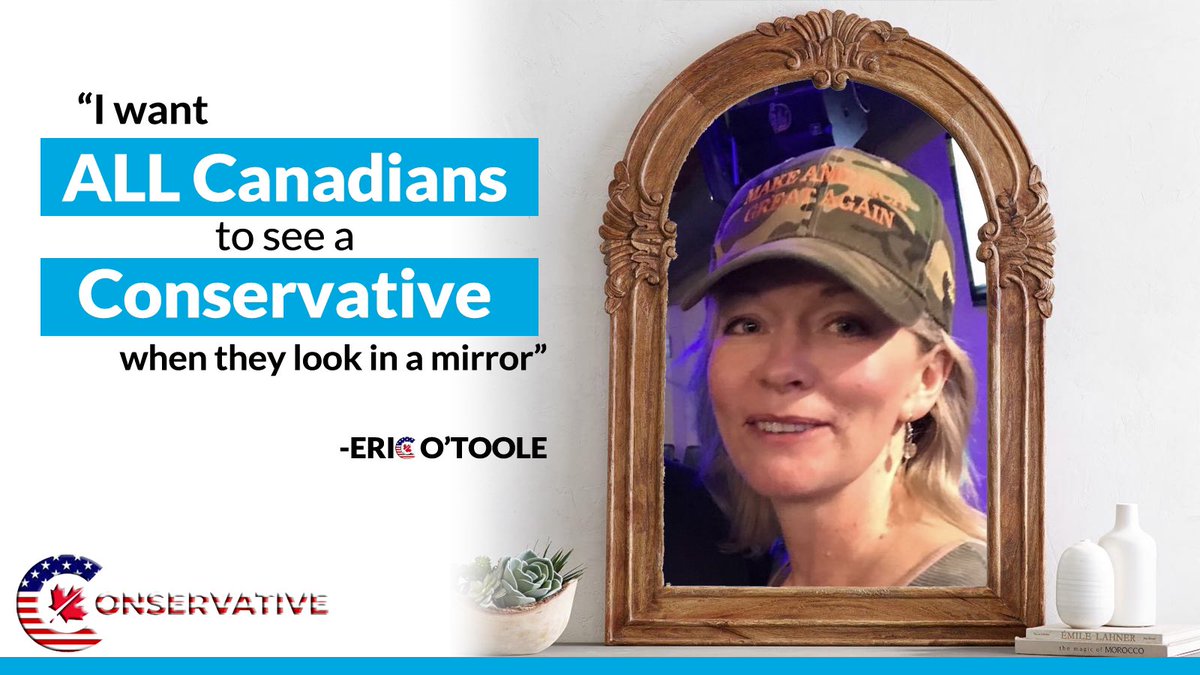 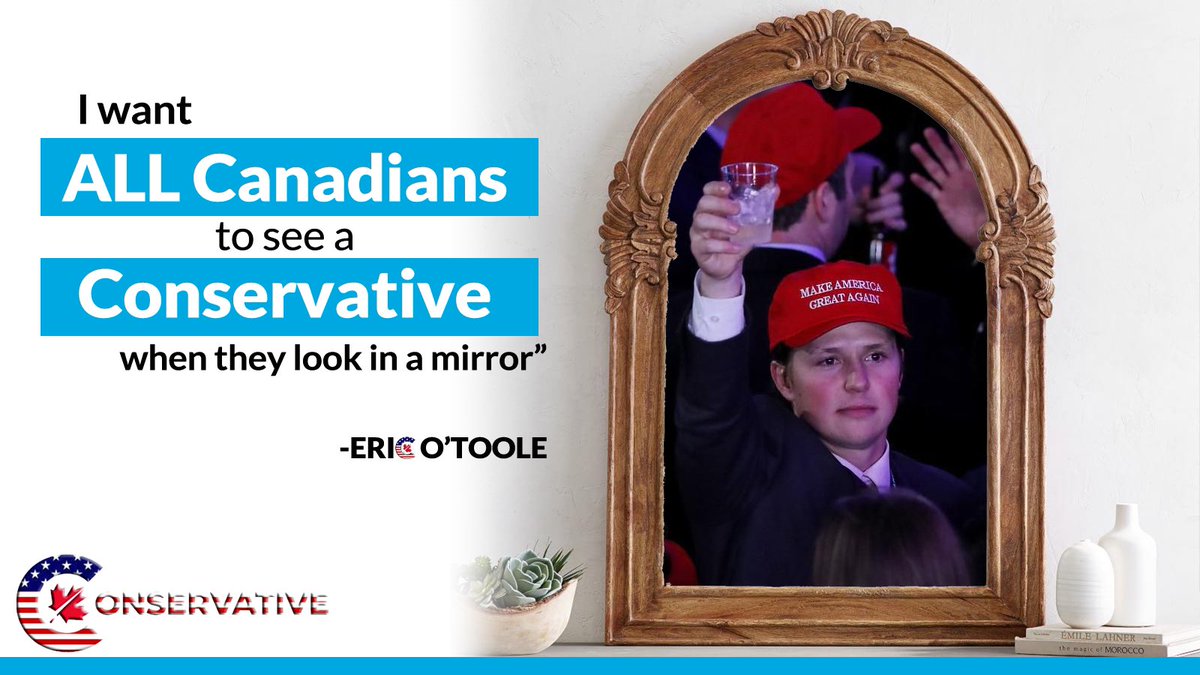 The Conservative politicians saw a symbol that people were rallying around, like when Canada Action coordinated with Rally 4 Resources. https://www.pipelinenews.ca/news/local-news/left-out-in-the-cold-regina-rally-for-resources-1.23587946
Left out in the cold: Regina rally for resources

Regina – The wind was cold, desperately cold, on the steps of the Saskatchewan Legislature at noon on Jan. 8. It was perhaps a fitting metaphor for the supporters of Saskatchewan’s energy sector, . ....

https://www.pipelinenews.ca/news/local-news/left-out-in-the-cold-regina-rally-for-resources-1.23587946
"You see lots of Islamophobia and other types of hate language, along with the frequent use of suggestion that violence should be done to elected officials in the province."

They either didn't notice or didn't care about who was rallying. https://www.cbc.ca/news/canada/saskatchewan/ndp-critical-cabinet-yellow-vest-rally-1.4993459
Cabinet ministers' presence at yellow vest rallies sends 'wrong message' to Sask. immigrants: NDP...

https://www.cbc.ca/news/canada/saskatchewan/ndp-critical-cabinet-yellow-vest-rally-1.4993459
Like the politicians who were drawn to symbols that drew a crowd, so too came others who were looking for followers.

via @NatObserver https://www.nationalobserver.com/2019/06/11/news/hate-groups-mix-yellow-vests-front-line-extremism-canada
Hate groups mix with yellow vests on 'front line' of extremism in

At least two known hate groups made their way into a gathering of yellow vest protesters in Hamilton, Ont., on Saturday, underscoring what some describe as a disturbing trend that places the

https://www.nationalobserver.com/2019/06/11/news/hate-groups-mix-yellow-vests-front-line-extremism-canada
And they came right back to Alberta. https://globalnews.ca/news/7377520/red-deer-rallies-racism/
Dueling rallies: Anti-racism demonstrators clash with counter-protesters in Red Deer

Two rallies were held in Red Deer's Coronation Park on Sunday, following a protest that escalated to violence in the city last month.

https://globalnews.ca/news/7377520/red-deer-rallies-racism/
Now I don't think that the original intention of the "I

oil" campaign was to get adopted by hateful people. I think it was just to make a few bucks from selling stickers and shirts.

It's just that some of the target audience was already hateful. https://globalnews.ca/news/6605199/alberta-energy-company-greta-thunberg-image/
Alberta energy company under fire for image appearing to depict Greta Thunberg

An Alberta energy company is facing a wave of criticism on social media for an image that includes their company logo, and a woman or girl resembling climate activist Greta Thunberg.

https://globalnews.ca/news/6605199/alberta-energy-company-greta-thunberg-image/
The intent of Canada Action's campaigns is to give it's working-class customers as sense of inclusion, while it's corporate customers can buy in to feel relatable to the workers they exploit.

It makes the people on the bottom feel like they can relate to the people at the top. 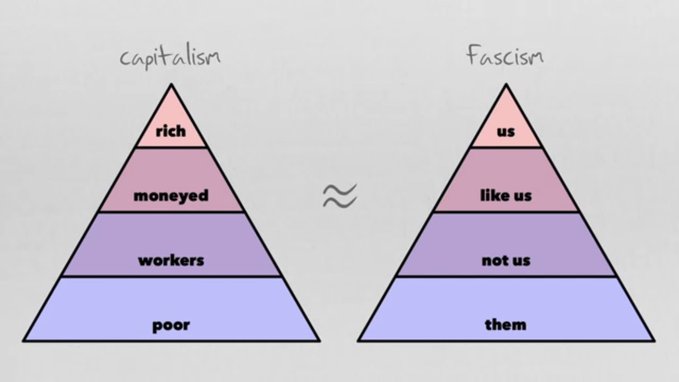 But #oilandgas doesn't love you back.

"When Dr. John O’Connor sounded alarms in 2006 about high levels of #cancer in communities downstream of the #Alberta #oilsands, he began a 15-year battle against governments who denied the problem."

#cdnpoli https://www.nationalobserver.com/2021/03/03/news/doctor-who-sounded-alarms-about-cancer-oilsands-wins-whistleblower-award?s=09
Doctor who sounded alarms about cancer in the oilsands wins

Dr. John O’Connor faced years of backlash after raising concerns in 2006 about unusually high numbers of cancer cases in communities downstream of the oilsands. Now, he has been awarded the

https://www.nationalobserver.com/2021/03/03/news/doctor-who-sounded-alarms-about-cancer-oilsands-wins-whistleblower-award?s=09
Oil and gas doesn't love you back.

Oil and gas doesn’t love you back. 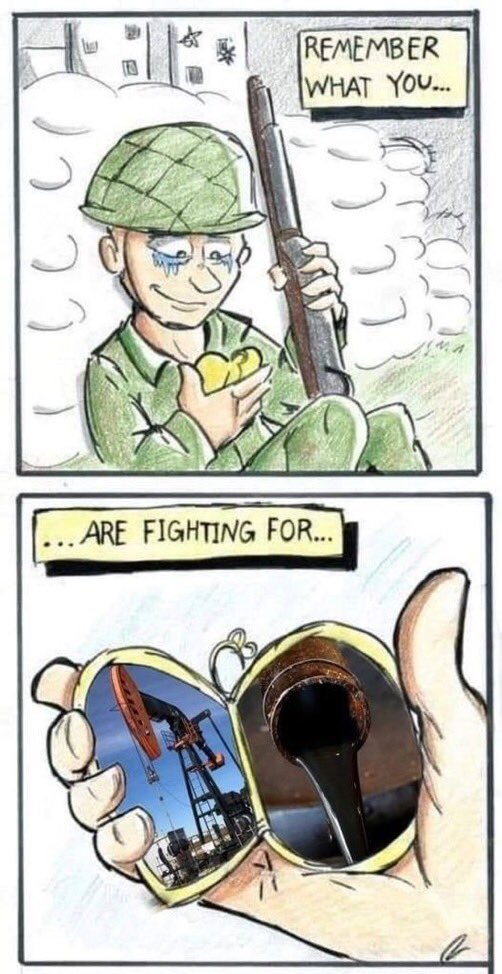 #unravelhate
You can follow @youseepeeYYC.
Tip: mention @twtextapp on a Twitter thread with the keyword “unroll” to get a link to it.