Read on Twitter
1. The @Our_DA and the @IRR_SouthAfrica are running grifter campaigns. Using fear-mongering and outright lies they are encouraging peeps to sign petitions to oppose the 2020 Expropriation Bill. They are simply capturing your data & will solicit a donation soon. Here are the lies: 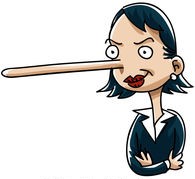 #TruthMatters: Expropriations have happened across SA for over 50 years currently under the 1975 Expropriation Act. Prior to that under a 1965 Act. 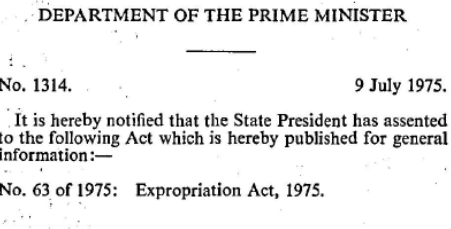 3. #BIGLIE 2: The 2020 Expropriation Bill expands the definition of property to include movables. "They are coming for your car"!

The 1975 Expropriation Act defines property as immovable and movable

4. #BIGLIE 3: That the Bill empowers "ANC Officials" to "seize" your property.

#TruthMatters: This is obviously fear-mongering - the DA trying to conjure up Zanu-PF style Zimbabwe land-grabs. The Bill has a lawful purpose - similar to the 1975 Act.

5. #BIGLIE 4 That the Bill allows for rampant "seizing" so that expropriation powers are limitless leaving owners unprotected.

#TruthMatters: The Bill limits the Minister's powers & provides more protection than the current 1975 Act. See Sec 3(1) & 3(3). These limits not in Act.

5. #TruthMatters continued. The Bill also imposes additional limitations on the Minister's powers that we currently do not enjoy expressly under the 1975 Act:
- Expropriation cannot be arbitrary; and
- It cannot happen before there has been an attempt to reach agreement.

6. #BIGLIE 5: That the Bill doesn't give you sufficient protection from an out of control expropriating authority.

#TruthMatters: Current 1975 law requires owner to approach the court. If you are the land owner & you dispute the compensation amount you must rush to court...

7. #TruthMatters continued. '75 Act places burden on owner to rush to court. 2020 Bill allows owner to go to court or to require the Expropriating Authority to go to court to prove their compensation offer is just & equitable. Protects owners from having to launch court action.

#TruthMatters: #EWC is already provided for in the Constitution. This was made clear in a #ConCourt decision in 2002.

9. #BIGLIE 7: The Bill allows for expropriation without compensation of any property you own - including your car!

#TruthMatters: The Bill makes it clear the #EWC applies only to land, that it must be "just & equitable" and be in the "public interest"

#TruthMatters: "Public Interest" is narrower than the current test being "public purpose". Both are subject to court review if abused. The Constitution gives some direction as to what "public interest" means

11. #BIGLIE 9: 2020 Expropriation Bill could leave you holding a mortage bond while the property is expropriated.

#TruthMatters: Both the 1975 Act & the 2020 Bill protect the mortgagor & mortgagee. It is unlikely the #EWC could be "just & equitable" with a bond over the land:

12. @Our_DA have been collecting signatures for a petition to oppose the 2020 Expropriation Bill - but they are doing so using #misinformation and #fakenews. That petition was signed under false pretenses.
You can follow @brettherron.
Tip: mention @twtextapp on a Twitter thread with the keyword “unroll” to get a link to it.