Read on Twitter
. @DukeEnergy is the biggest electric utility in the country. They will have to play a big role in the clean energy transition.
Our report ( https://energytransitions.org/carbon-stranding) looks at Duke's planned 7.3 GW of new gas plants, costing an extra $4.8B + causing big climate risks. Let's dig in. 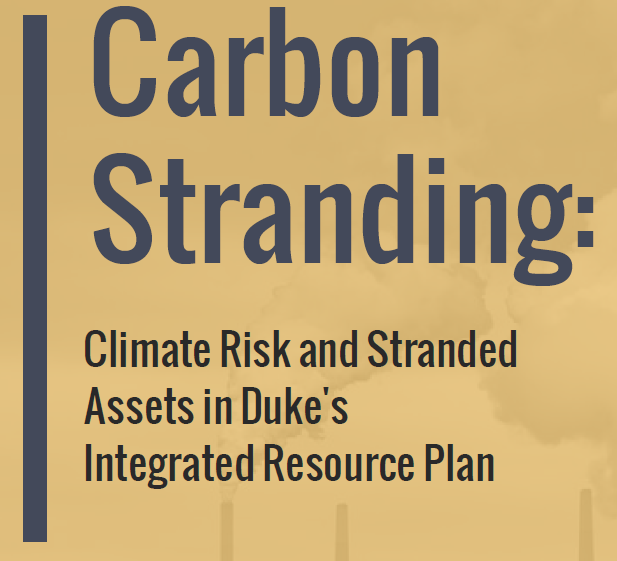 To set the stage, Duke Energy is the single largest utility by electricity production in the country. They emit over 100 million metric tons of co2 every year, which is ~10% of the whole electric sector. Before Vistra merged with Dynegy, they topped the CO2 charts. 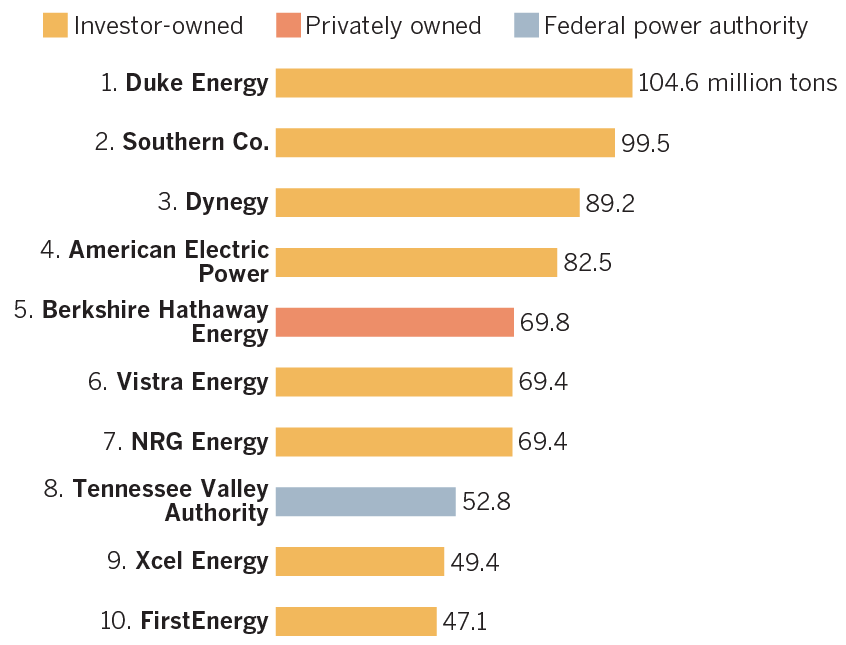 That's why their net-zero carbon goal by 2050 matters. Part of their decision may have been a letter from their investors insisting that the Company set a net-zero target in six months. Duke announced their target 7 months after receiving the letter. https://www.climatemajority.us/investorstatement-20190228
Investor Statement — Climate Majority Project https://www.climatemajority.us/investorstatement-20190228
Duke isn't alone here, either. Major utilities are converging around net-zero by 2050. So are financers: BlackRock joins others holding $52T who are also committed to 0 by 2050. It's becoming not just an ambition, but a norm. https://insideclimatenews.org/news/01102020/inside-clean-energy-net-zero-2050-utilities/
Inside Clean Energy: Net Zero by 2050 Has Quickly Become the New Normal for the Largest U.S....

In 2018, when Xcel Energy became the first large U.S. utility to pledge to get to net-zero carbon dioxide emissions, I wondered how long it would take for those kinds of commitments to become the...

https://insideclimatenews.org/news/01102020/inside-clean-energy-net-zero-2050-utilities/
The transition will mean we'll leave fossil-fueled power plants behind, and the ones that are still standing through the transition will sit, unused, costing ratepayers money. We call these 'stranded assets.' This happened to coal plants when gas and renewables got cheap, too. 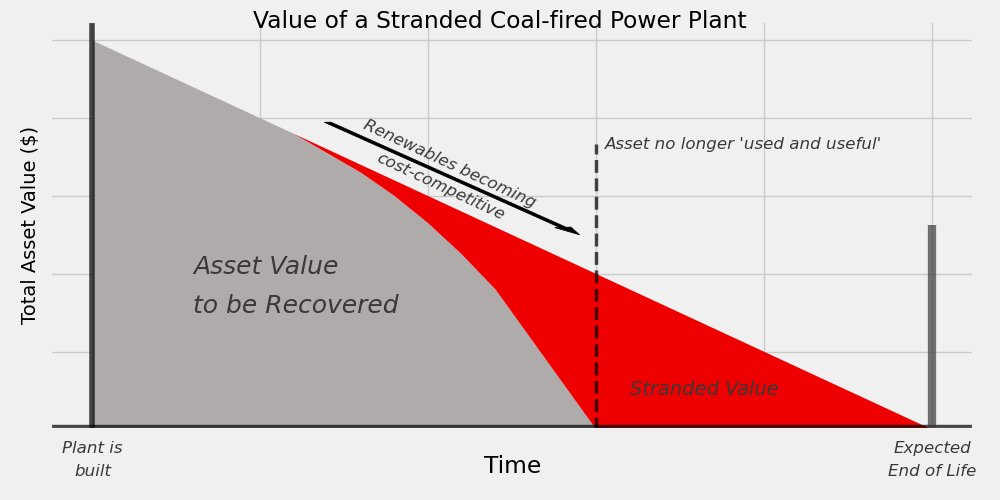 Duke Energy's future plans in the Carolinas in 2020, called Integrated Resources Plans, are the first since Duke's net-zero commitment and represented an opportunity to set a new course. And we've seen big course corrections before, like NIPSCO in Indiana (h/t @EnergyandPolicy)

What's more, we know we can do this with existing technology. There are lots of models floating around out there, but my favorite is @EnergyInnovLLC and @UCBerkeley's http://2035report.com  (policy paper by now-WH person @cleantechsonia!)
Home - 2035 The Report

The 2035 Report from UC Berkeley uses the latest low renewable energy costs to show how the U.S. can reach 90% clean electricity by 2035.

http://2035report.com
We @votesolar also teamed up with @DrChrisClack and @VibrantCE to show a distributed energy future could hit net-zero, too, and deliver cost benefits to customers: https://www.vibrantcleanenergy.com/wp-content/uploads/2020/12/WhyDERs_ES_Final.pdf
Unfortunately for us, Duke's plans... don't do that. They ask regulators to choose between continued emissions and hypothetical technologies. We're going to focus on their 'Base Case with Carbon Policy', which assumes a modest carbon price in the future.
To understand what these plans would do in the future, I used an analysis similar to @emilygrubert's. Her work, importantly, shows that almost all of our fossil plants will actually retire by 2035.
https://energynews.us/2020/12/03/national/study-decarbonizing-u-s-electricity-by-2035-could-cost-less-than-expected/

That is, unless utilities build new ones.
Study: Decarbonizing U.S. electricity by 2035 could cost less than expected | Energy News Network

Fossil fuel plants with nearly three-fourths of current generating capacity will reach the end of their typical lifespan by 2035.

https://energynews.us/2020/12/03/national/study-decarbonizing-u-s-electricity-by-2035-could-cost-less-than-expected/
When I look at Duke's plans in the Carolinas, even accounting for retirement, I actually find that total operating capacity of fossils _stays the same_ through 2035. And their emissions? Still 30 million tons(!) in 2050. 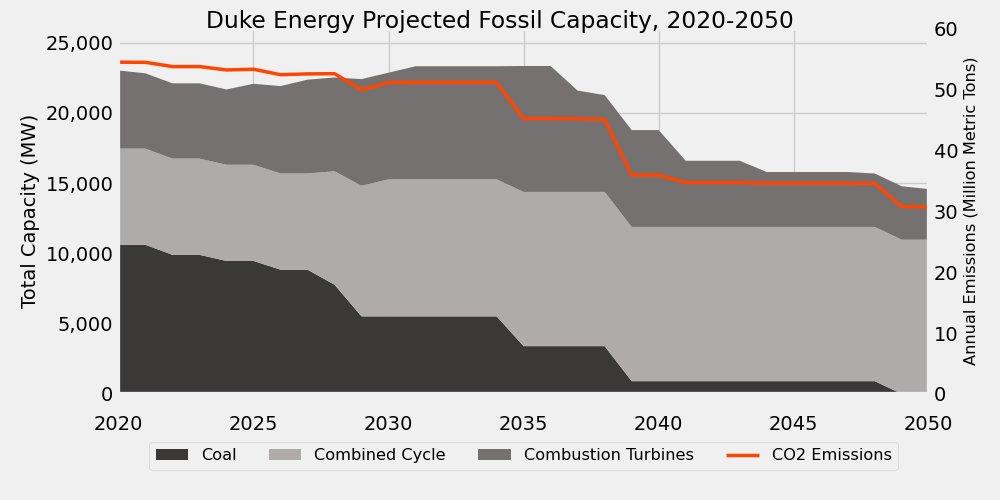 Basically, I agree with @Deloitte when they said the math "doesn't yet add up" on utilities' corporate climate promises:
https://www2.deloitte.com/us/en/insights/industry/power-and-utilities/utility-decarbonization-strategies.html

And with @EnergyandPolicy who found that emission declines are actually slowing. https://www.energyandpolicy.org/utilities-carbon-goal-biden-climate-plan/
Emissions goals show many utilities continue to move slowly in critical next decade

“Net-zero” goals have proliferated, but integrity of commitments varies greatly

https://www2.deloitte.com/us/en/insights/industry/power-and-utilities/utility-decarbonization-strategies.html
This is not in line with the consensus zero-by-2050 pathway. So I ran my model a second time with that constraint, 'retiring' older, more carbon-intensive assets first so Duke could hit its commtiment. A lot needs to get taken offline early to do it. 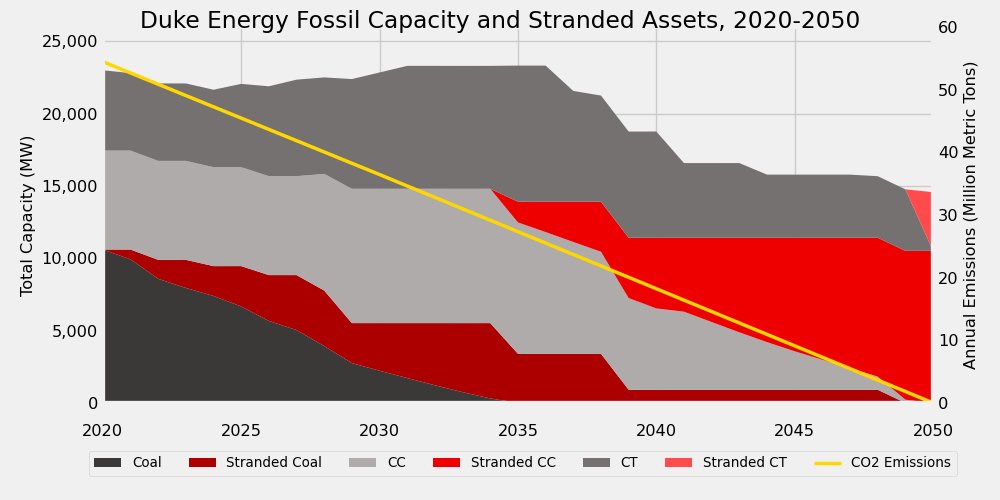 (The largest red wedge there is combined-cycle plants, which tend to be larger and more expensive but run more efficiently than combustion turbines. These don't provide the 'peaker' ability to fill in during high demand times or lulls in renewable output like CTs do.)
The upshot of that graph is that if Duke follows this plan, it will have to build resources to serve the Carolinas twice. First, it'll build carbon-emitting ones, then it will have to shut those down and build a zero-carbon grid anyway. Doing it this way is expensive.
We find that, based only on the stranded cost of unused gas plants, either shareholders or ratepayers will be on the hook for $4.8 billion(!!!) over the next decades. In present terms, that's like a $900 cost today for every household customer in the Carolinas. 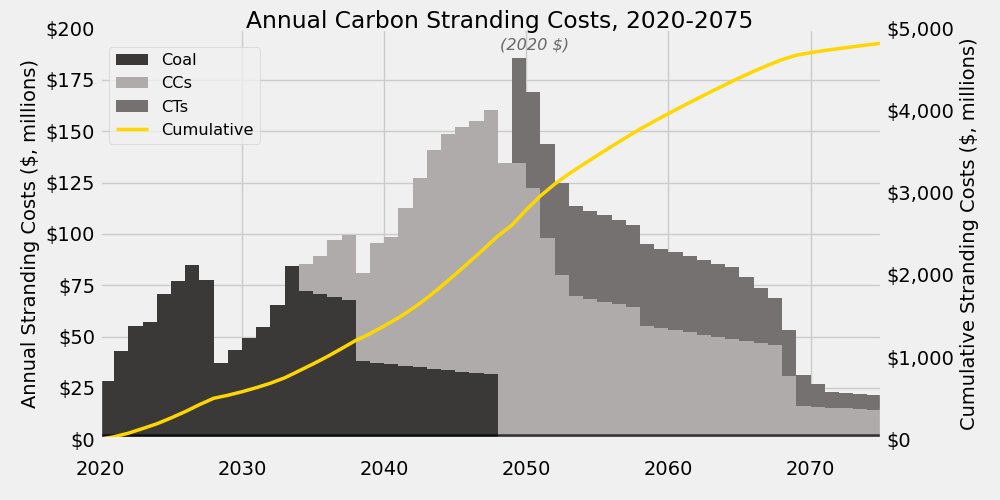 Today, Duke Energy announced coal ash settlement that "will save ratepayers $1.1 billion" -- but that's a reduction of the total costs of coal cleanup. https://news.duke-energy.com/releases/releases-20210125

With new gas, we could go down that path again--with more money and the energy transition on the line.
Duke Energy, Attorney General, Public Staff and Sierra Club reach agreement on N.C. coal ash costs

https://news.duke-energy.com/releases/releases-20210125
So what do we do? We insist that utilities walk the walk on decarbonization.

We direct utilities to include climate-related risks -- transition risks included -- and make plans zero in mid-century, to avoid what @CFTC calls a 'disorderly' transition. 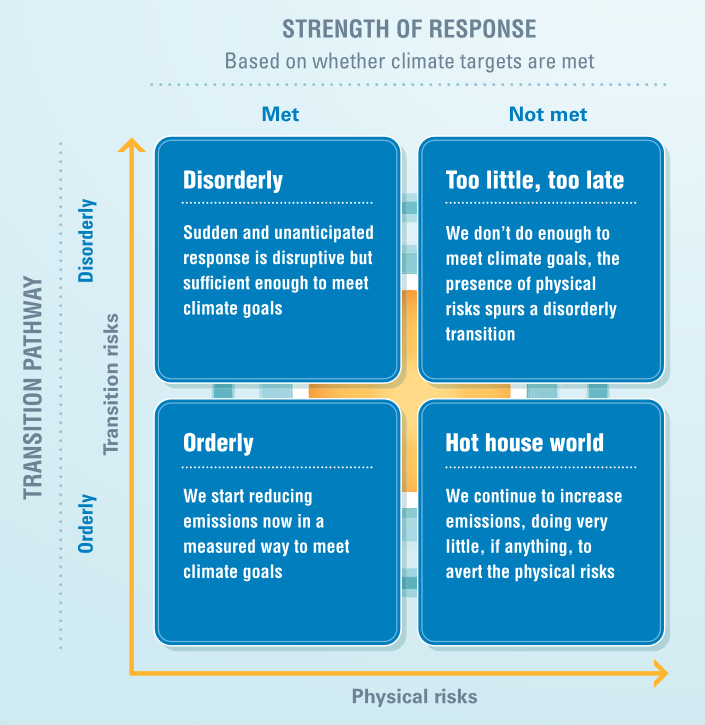 And, importantly, we should ask @DukeEnergy to go back to the drawing board in the Carolinas. Carolina ratepayers deserve clean and affordable energy, and they shouldn't be saddled with costs for gas plants that will sit there unused.

Welcome to The Energy Transition Institute

https://energytransitions.org/carbon-stranding
You can follow @ty_fi.
Tip: mention @twtextapp on a Twitter thread with the keyword “unroll” to get a link to it.