Read on Twitter
The point that global agreements and pledges are insufficient is v solid (though still totally baffling who this is arguing against, no matter how many times I ask).

It's all pointless, terrible, and therefore shouldn't be done. 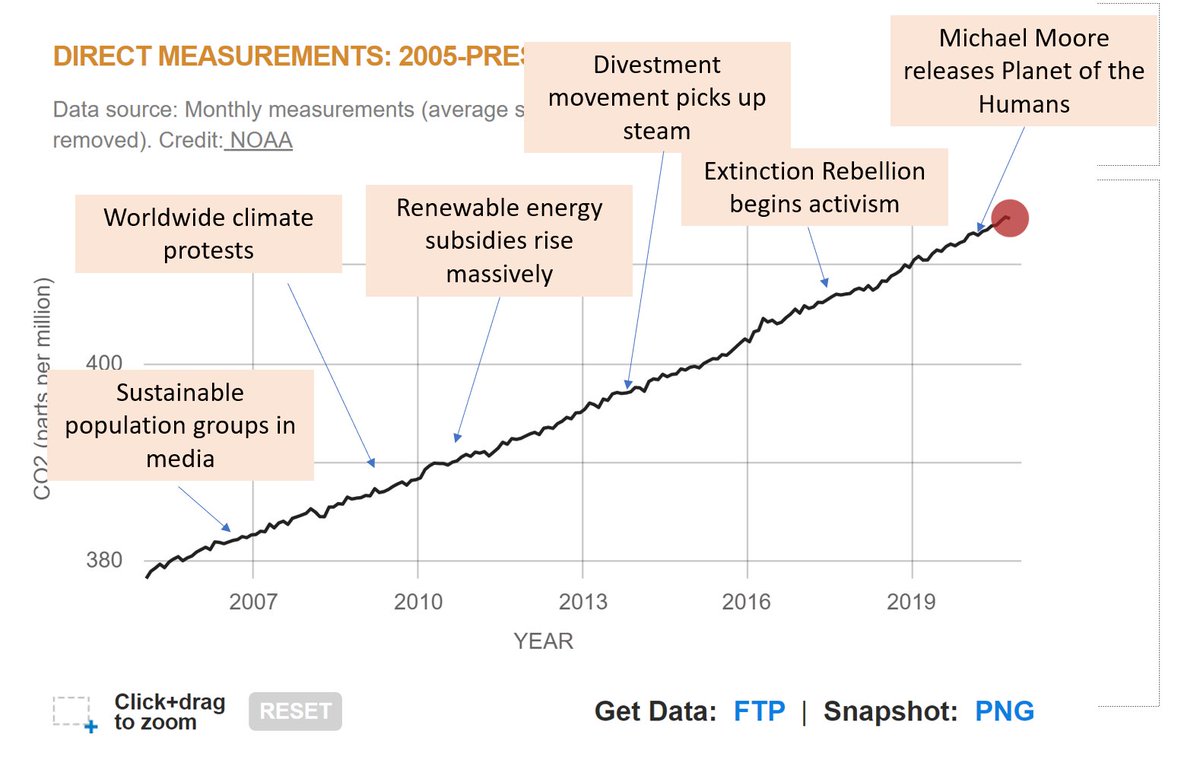 Where pledges *are* treated like they alone are sufficient - take them down several notches. But to frame them as *ineffective* - based on the CO2 PPM curve - is extremely misleading. There are millions of other factors blending in here: confounding variables.
There have been herculean efforts for vaccines and implementation of COVID19 infec controls. But that tragic curve of lives lost keeps climbing.

This tells us we've failed to do enough, but it doesn't tell us vaccine research or those controls are dead ends we should ditch. 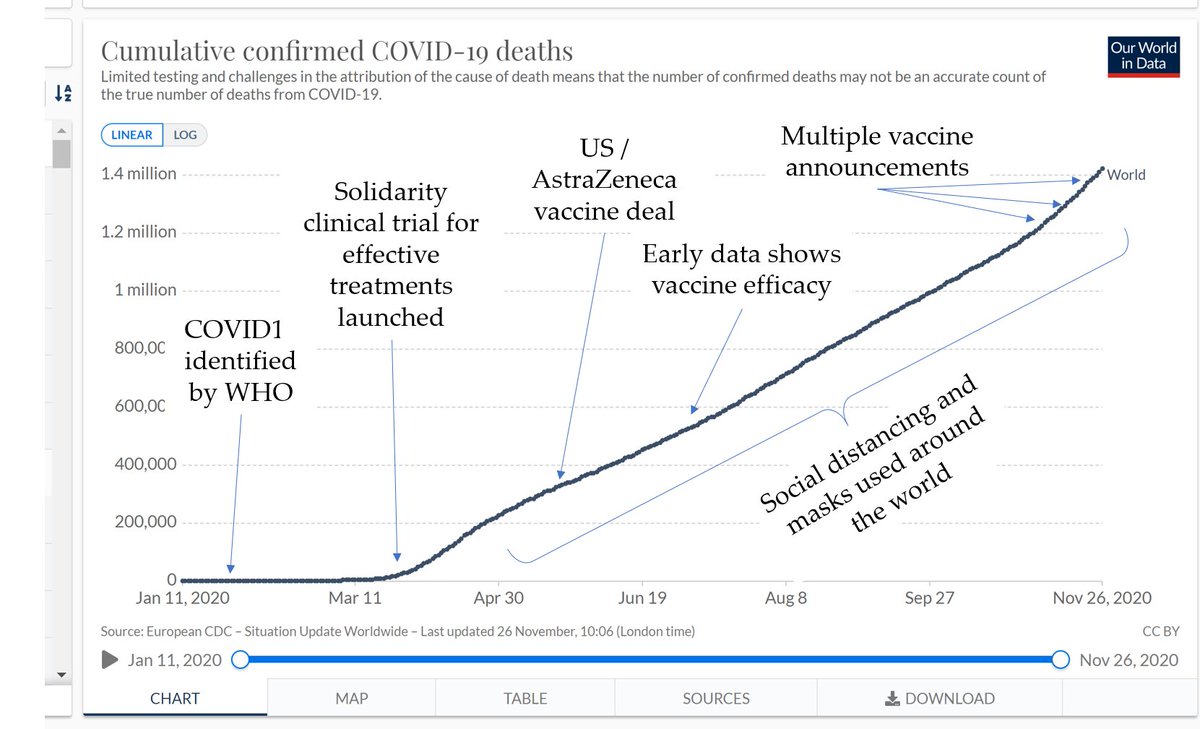 I think there is an ugly instinct behind things like this chart (not from @dwallacewells but in wider usage). I think it becomes a way to dismiss *any* effort as a multi-decadal dead-end, perhaps to offer the 'right' way, or just to enjoy stepping on ppl trying.
You can follow @KetanJ0.
Tip: mention @twtextapp on a Twitter thread with the keyword “unroll” to get a link to it.