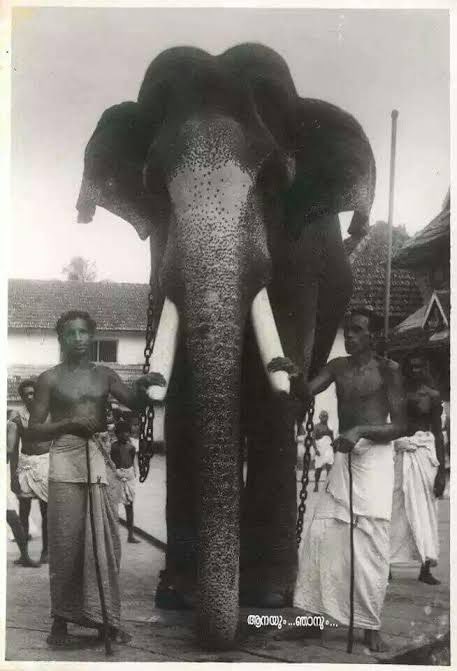 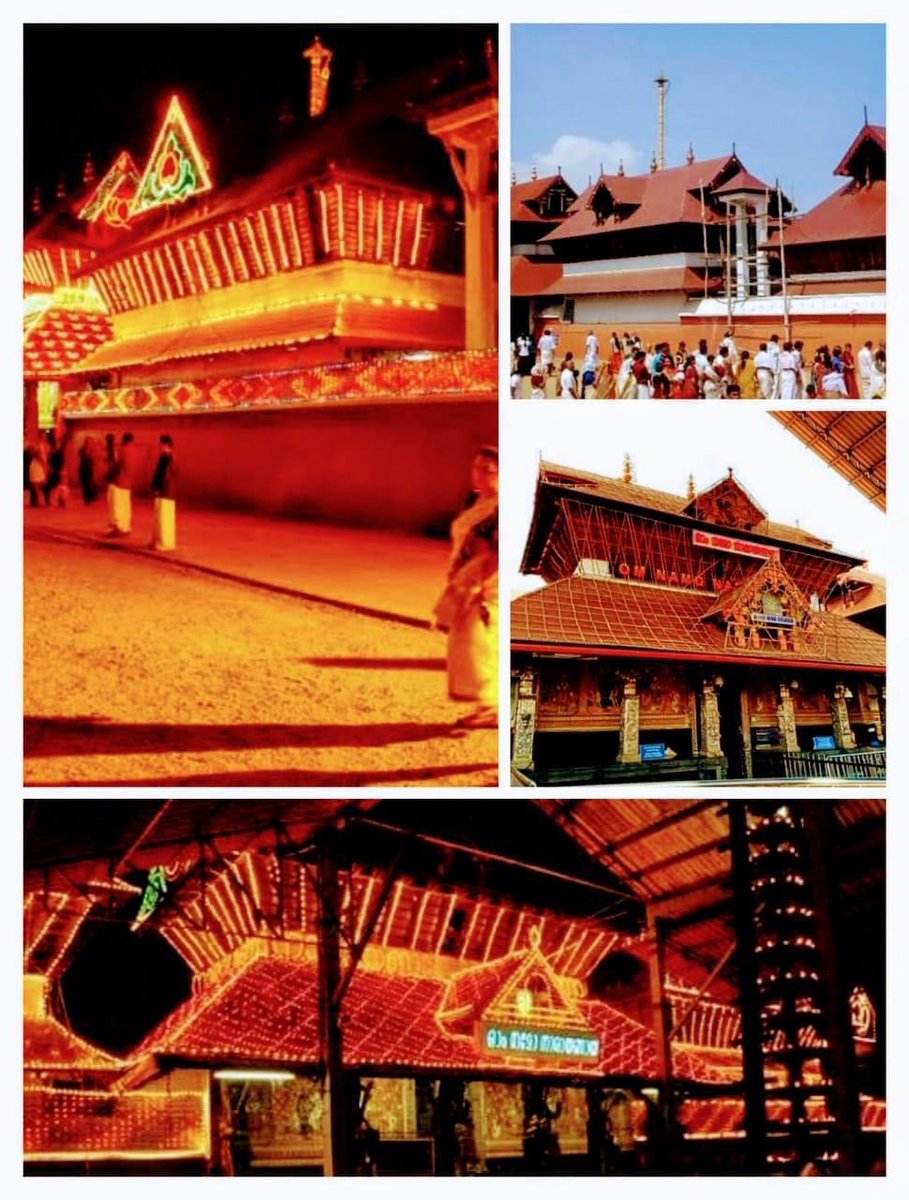 2. Today in 1976, Gajarājan Guruvāyūṛ Keśavan, the alpha elephant of legendary Guruvāyūṛ temple, who stood well over 3.2 meters tall, complete with all lakṣaṇa-s & widely admired for his deep devotion to Guruvāyūrappan (Guruvāyūṛ Kṛṣṇa), passed away aged 72 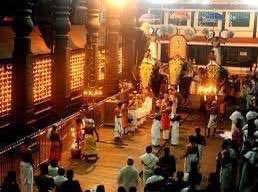 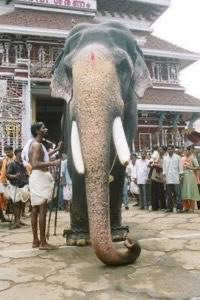 3. He came to Guruvāyūṛ when Valiya Rāja of Nilambur offered him as one of the 12 elephants to Lord Guruvāyūrappan in January 1922. He soon developed a Formidable reputation & became the leading elephant in the temple herd carrying the Lord Himself (tiḍambb/utsava mūrtī)! 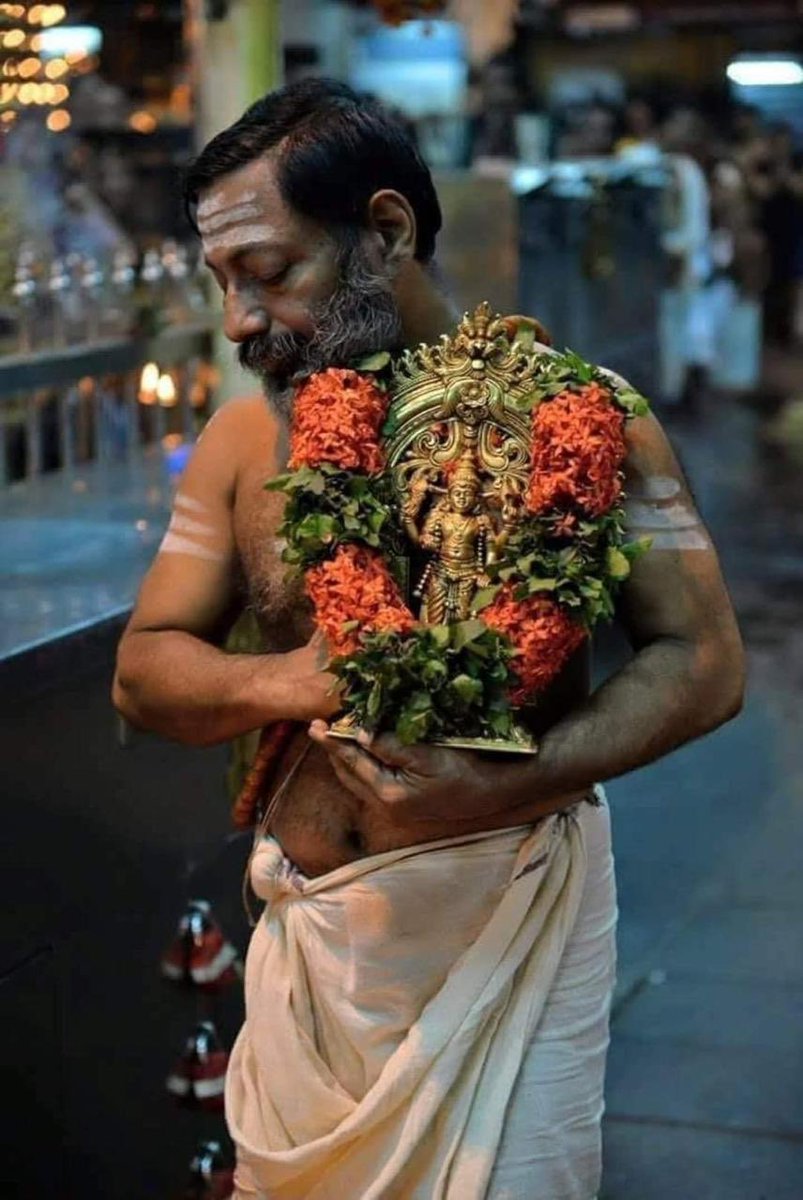 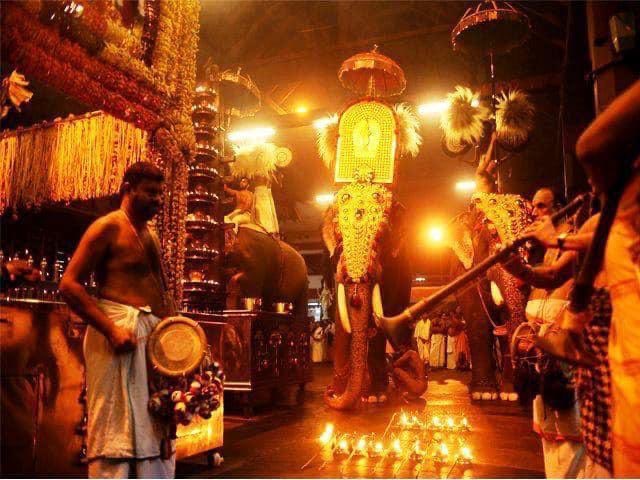 4. It is said that he never tolerated another elephant carrying Bhagavān on its back. Once when this privilege was given to another elephant, he became disturbed, attacked and chased it away! However, he never harmed anyone 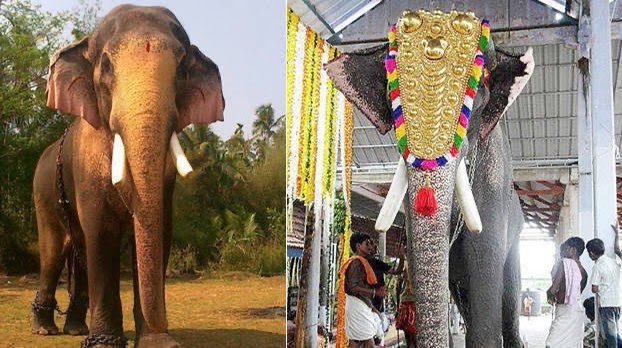 5. Another time when he was on his way to the temple, he disobeyed the mahouts and started running. People scattered and ran for their precious lives. Except for a poor leper who couldn't move but stood helpless on the path with folded hands trembling in fear 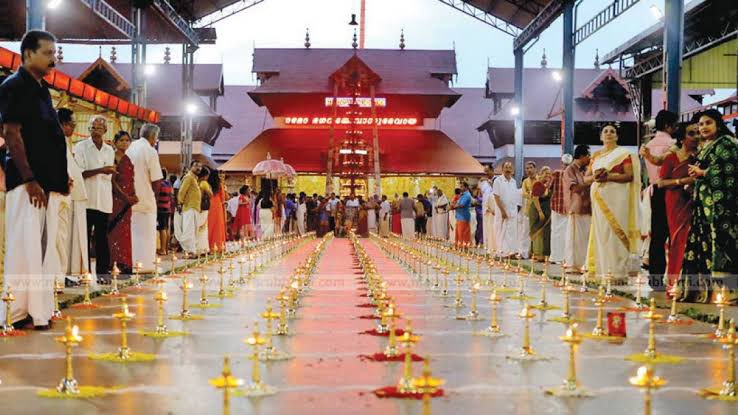 6. Those who witnessed thought the man would be crushed to death, but to their surprise, Elephant Keśavan lifted him with his trunk & placed him safely on pavement,continued running to the temple. He did no harm to people & property whatsoever 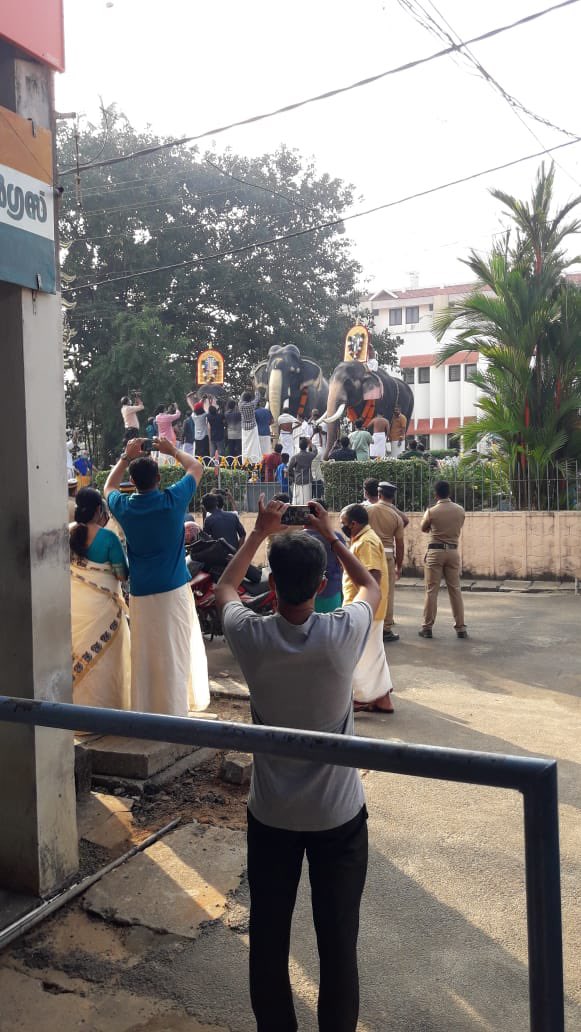 7. Once he reached the temple he was calm & prostrated at the main shrine.
For over 50 years Gajarajan Guruvayur Keshavan served Guruvāyūrappan. On Guruvāyūṛ Ekādaśi day of 1976 he refused to eat & fasted the whole day 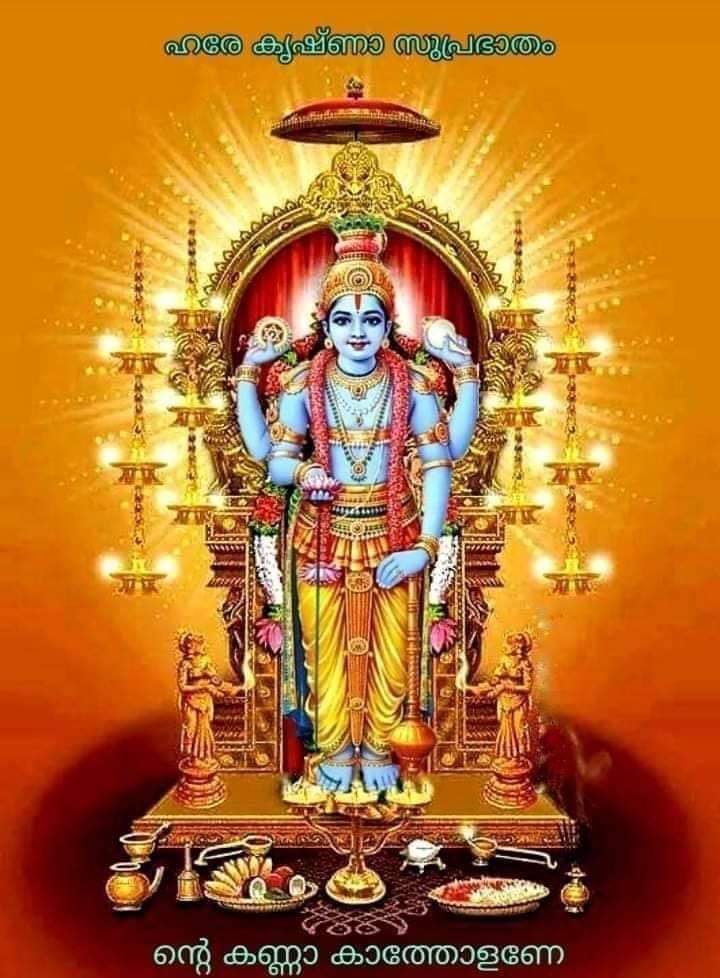 8. At the hour of death he prostrated facing Bhagawan Guruvāyūrappan with his trunk raised in salutation and passed away peacefully.
People continue to remember him with Devotion and commemorate his death anniversary every year on #GuruvayurEkadashi today 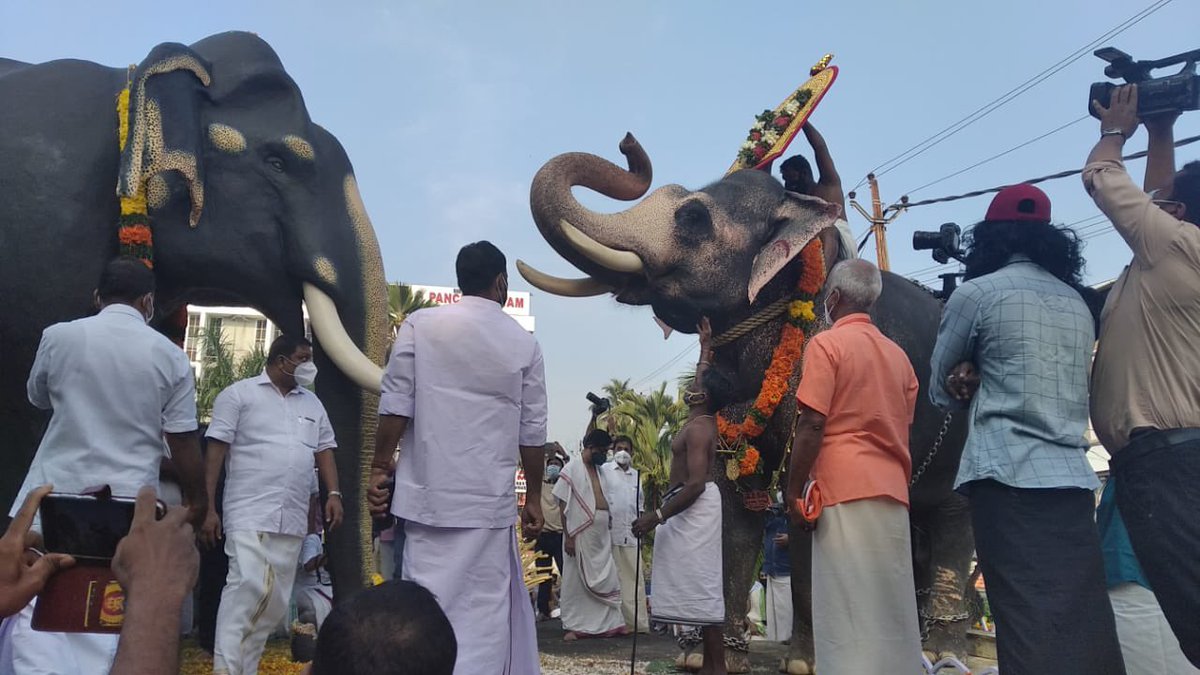 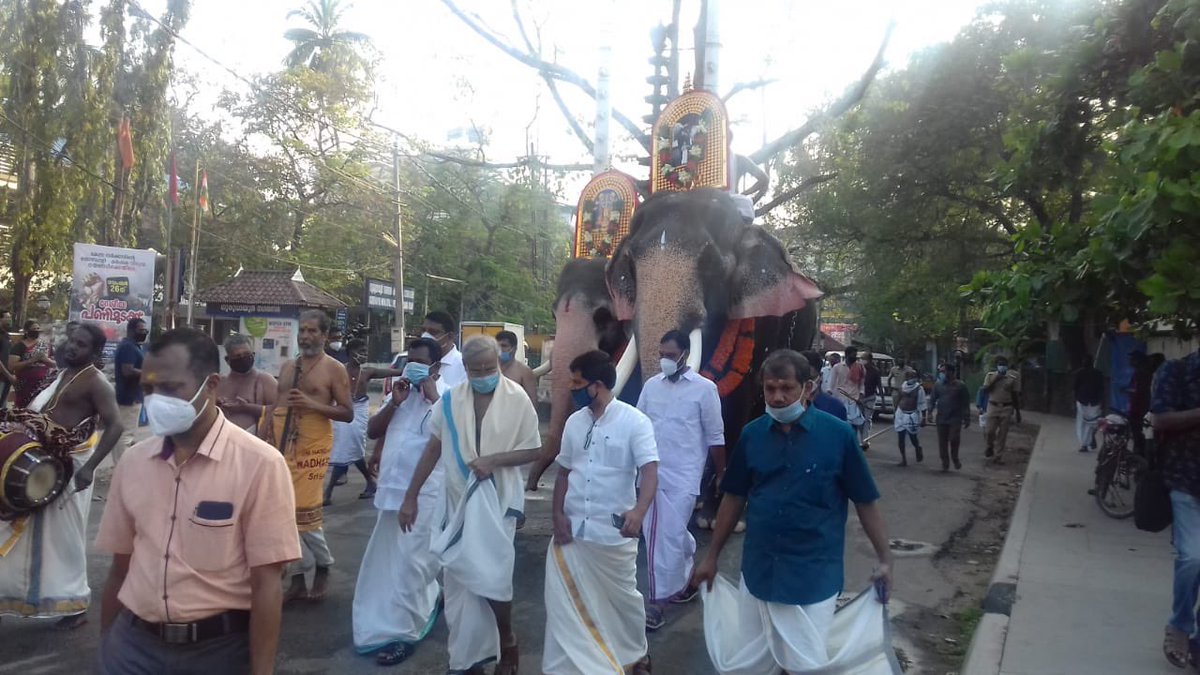 You can follow @VarierSangitha.
Tip: mention @twtextapp on a Twitter thread with the keyword “unroll” to get a link to it.