Big boxing event on Saturday. Some big names in that headline bout, that's for sure.

Mike Tyson vs. Roy Jones Jr.: How to watch the exhibition fight https://sports.yahoo.com/how-to-watch-mike-tyson-roy-jones-jr-fight-pay-per-view-051633699.html
2/

Some interesting stuff here, but to me there is a glaring storyline that isn't being touched on at all here by the MSM.

From how the match will go to what you can expect from Tyson and Jones, there's something for everyone

At the 1988 Games in Seoul, talented US teenager Roy Jones Jr. should've won the Olympic Gold medal, but it was awarded to native South Korean Park Si-Hun.

The last South Korean boxer to win an Olympic gold medal has spent the past 32 years wishing it was a silver.

He would go on to be one of the best pro boxers ever, starting his career 49-1. Like many boxers though, he stayed in the game too long at the end.

"Their meeting took place *in Crimea*, which Russia annexed last year and where the 46-year-old boxer & rapper will take part in a show this weekend."

"Putin signed a decree to grant Jones Jr. Russian citizenship, which Jones Jr. hopes will allow him to become a billionaire businessman."

"Roy Jones Jr. officially became a Russian citizen...joining the growing ranks of aging male celebrities who have publicly declared their loyalty to Putin..."

Aging, macho, b-list celebs all want to be in Putin's squad https://slate.com/news-and-politics/2015/10/steven-seagal-gerard-depardieu-fred-durst-and-roy-jones-jr-vladimir-putin-s-celeb-squad.html
Vladimir Putin Has a Squad and Fred Durst Wants to Be In It

"Jones announced that he is ready to go to Grozny [Chechnya] to discuss the details w/ Kadyrov. In addition, he expressed readiness to join the party 'United Russia'..."

"According to the six-time world champion in four weight classes, Putin represents masculinity, machismo, and is a man of his word.” 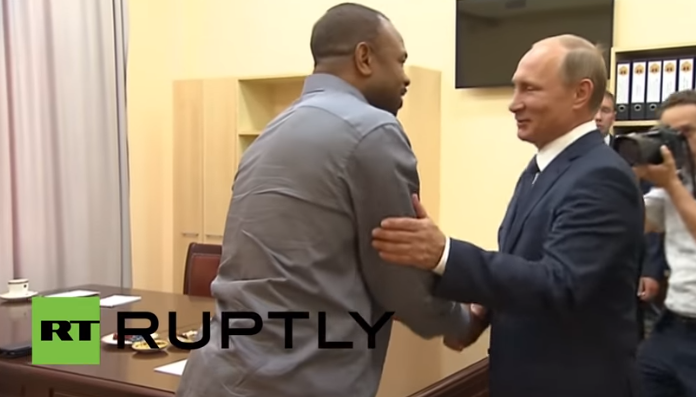 “To me, he is a man’s man. He does taekwondo, Aikido — things that men love. That is just who he is. And he is a man of his word." 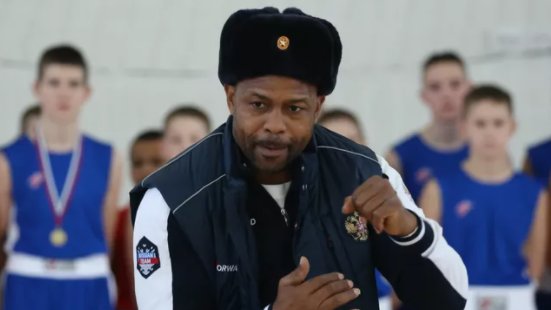 ON Saturday night at the Staples Center in Los Angeles, Roy Jones Jr will return to the ring after two years in the wilderness. In a boxing career that spanned 19 years and a remarkable 75 fights i…

"Roy Jones Jr., the best boxer pound for pound, was raised under the rules of cockfighting: win or die."

One Tough Bird https://vault.si.com/vault/1995/06/26/one-tough-bird-roy-jones-jr-the-best-boxer-pound-for-pound-was-raised-under-the-rules-of-cockfighting-win-or-die
Roy Jones Jr. was raised under the rules of cockfighting

Roy Jones Jr., the best boxer pound for pund, was raised under the rules of cockfighting: win or die

"...he also discussed other controversies outside the ring, namely his love of cock-fighting, [which] is banned in Ireland & in all 50 states in the US..."

In the other corner is a guy who has a much different relationship with birds.

A man who was once the biggest and most notorious star in American sports, if not the world.

Tyson's lifelong obsession with pigeons is revealed during shoot for his new show "Taking on Tyson" in Jersey City.

At the age of 20, Mike became the heavyweight boxing champion. This "meteoric rise" to the top made him one of the world's most recognized names.

The two legends will meet on Saturday, but under very strict guidelines at over 50 years old

Out of the ring, Tyson was a disaster.

Rough childhood in the Bronx. Served 3 years in prison after being convicted of rape in 1992. Insane amounts of money & drugs.

IT’S no wonder Hollywood loves his story too. Mike Tyson, 54, if he’s not already immortalised through boxing, will have his name in lights with a biopic – and Oscar-winning actor…

"Russian television showed Tyson shaking hands with and then hugging his host, First Deputy PM Ramzan Kadyrov, a former boxer who invited Tyson as a guest of honor for a boxing tournament..."

"On the world's geopolitical stage, he's best known for intolerance to opposition and minorities, which manifests in brutal governing tactics."

Ramzan Kadyrov: The Most Dangerous Man in MMA Is Not a Fighter
https://bleacherreport.com/articles/2722292 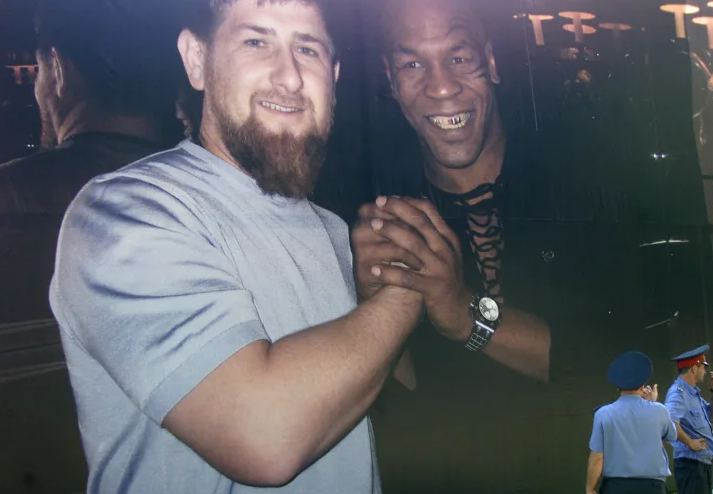 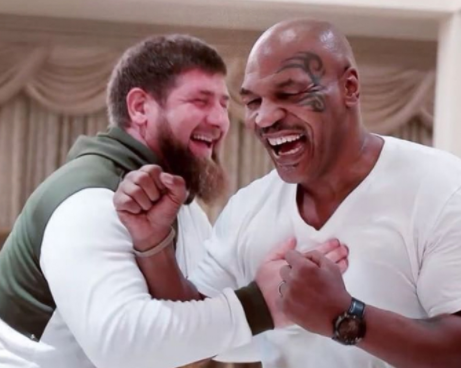 "During his stay in Moscow, the famous boxer accepted an invitation from Russian *philanthropists* & *entrepreneurs* Sergei Mikhailov & Viktor Averin."

Mikhailov and Averin are close associates of Russian Mob 'boss of bosses' Semion Mogilevich. Mikhailov is reported to have been a founding member of the criminal organization. 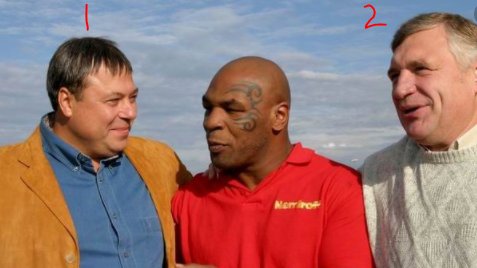 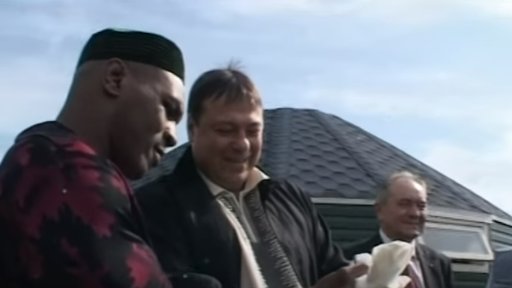 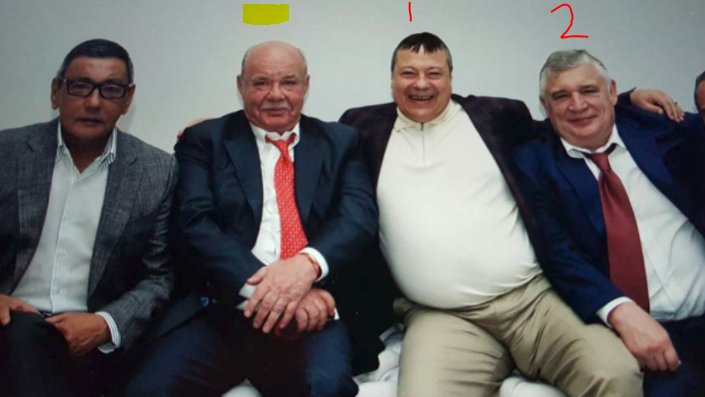 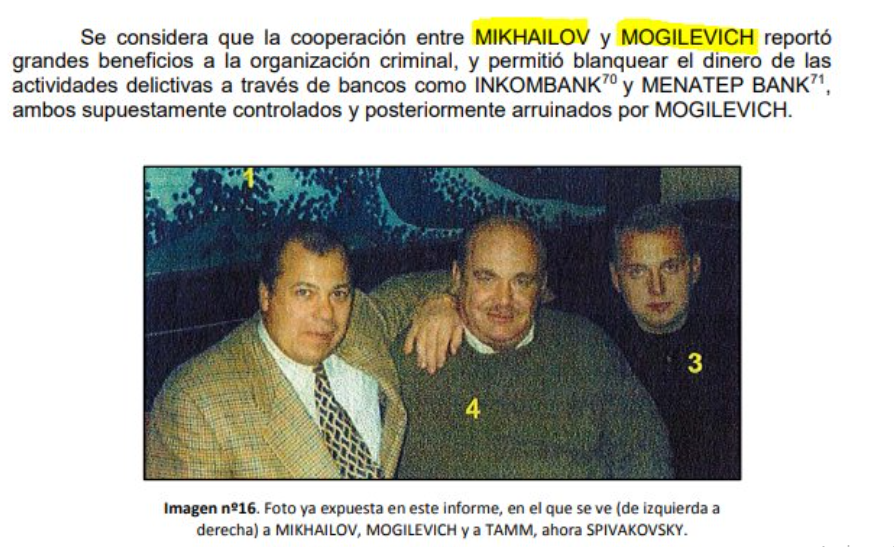 In 1998 the Voice reported on the enigmatic leader of the Red Mafia — a shadowy figure known as the ''Brainy Don''.

https://www.villagevoice.com/1998/05/26/the-most-dangerous-mobster-in-the-world/
You can follow @sisu_sanity.
Tip: mention @twtextapp on a Twitter thread with the keyword “unroll” to get a link to it.