There was a ton of misinformation about masks/COVID at their last meeting so I wouldn't take it as a given that even this will pass, but, let's see 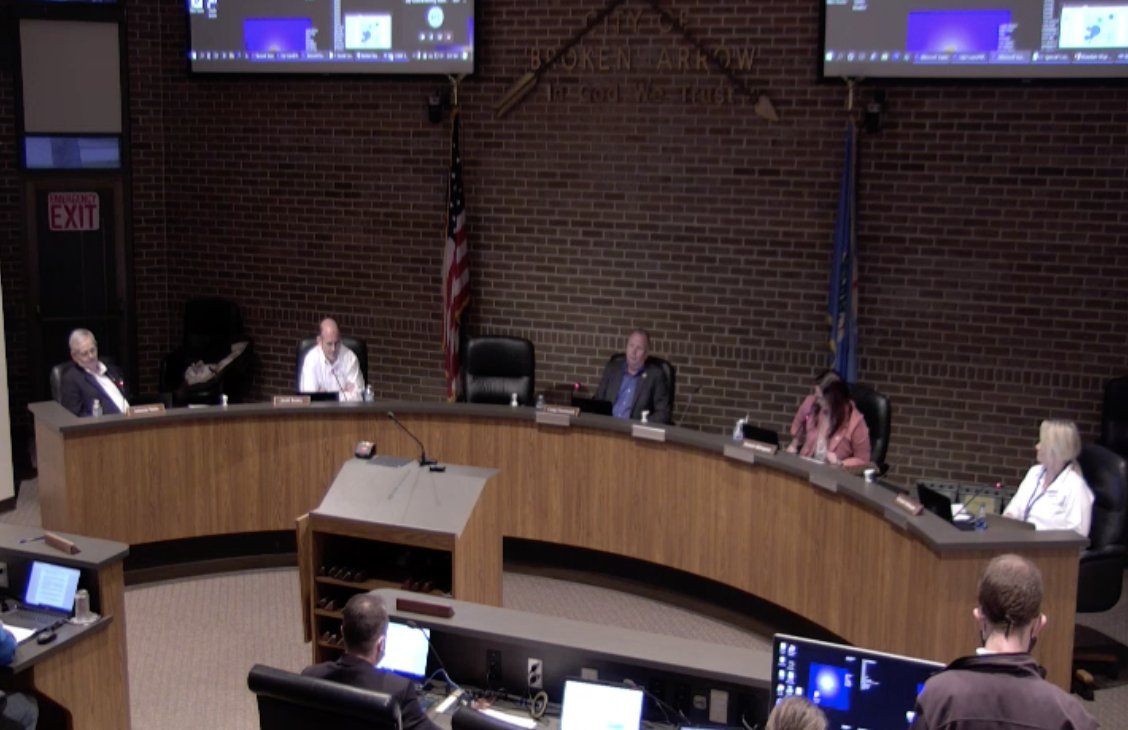 Opposes the resolution strongly encouraging the use of masks. 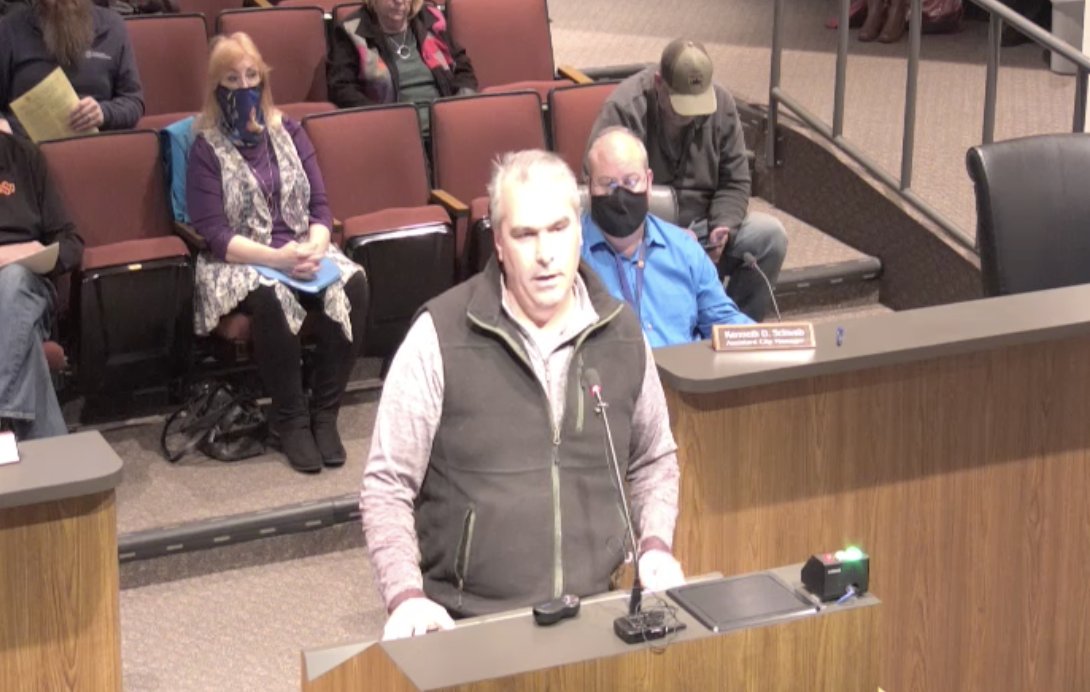 "It's time to stop being part of the problem," Jason Coan, who supports a mask mandate, tells the council. 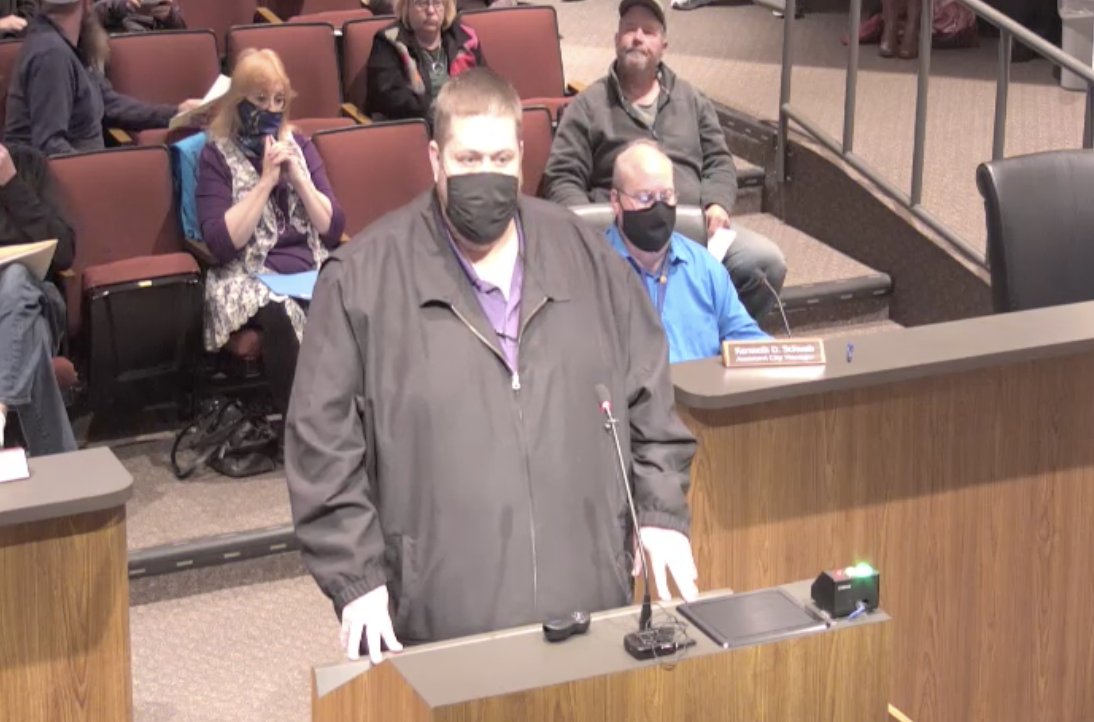 Missed this woman's name but she is anti-"face diaper" and is angry at the Tulsa Health Department representative appearing via Zoom, saying THD lies and the CDC lies. "This is the United States of America." "Masks don't work." 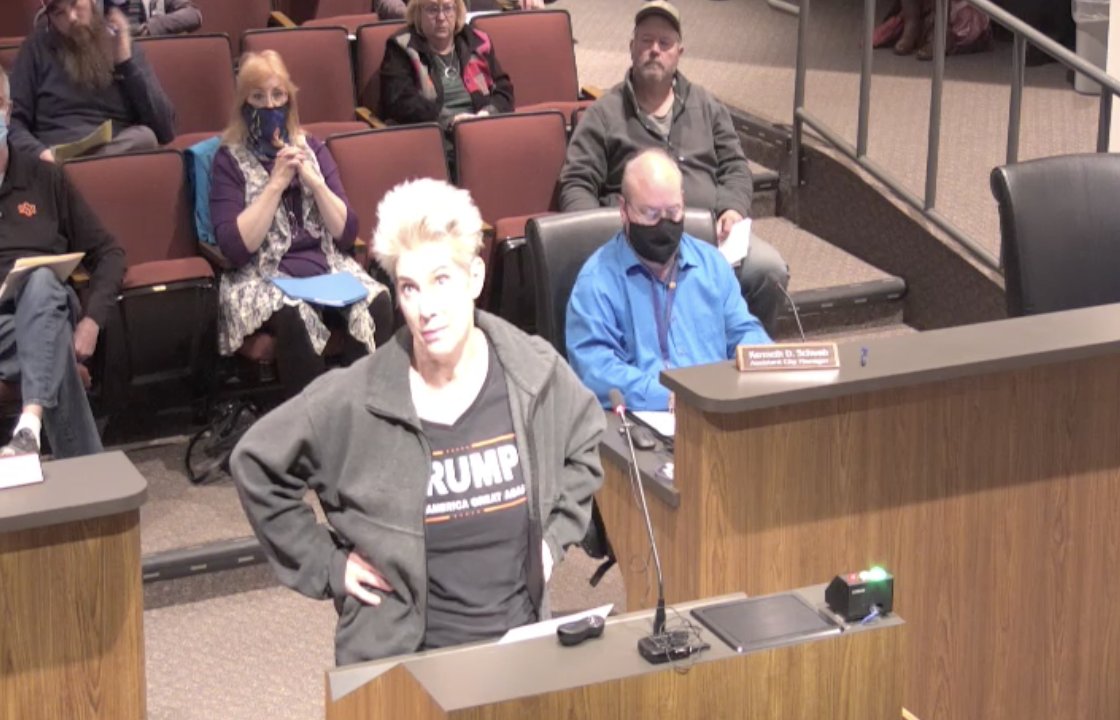 The audio is so choppy and indiscernible it's giving me an actual headache but the next two or three (I think three) public commenters have all been anti-resolution. Again, the resolution does nothing other than encourage citizens to wear masks. 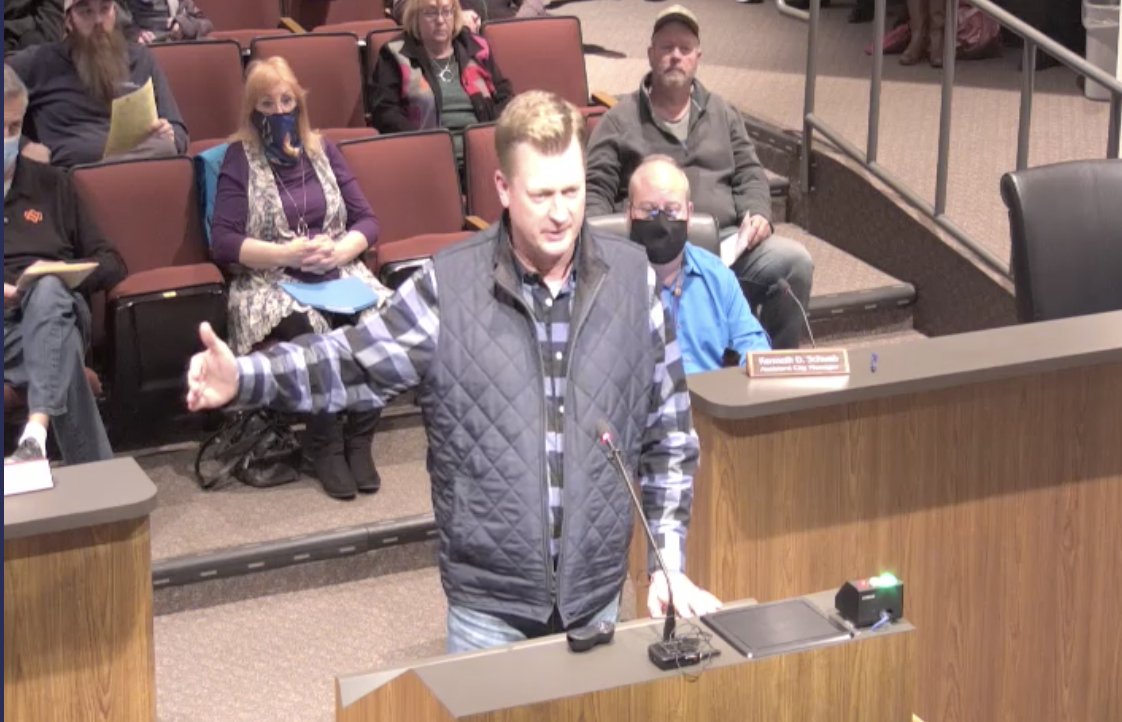 Vice Mayor Scott Eudey is trying to explain that business owners have the right to refuse business to anyone who isn't in a protected class.

The commenter is saying not letting in maskless customers is anti-religious and anti-disability discrimination. 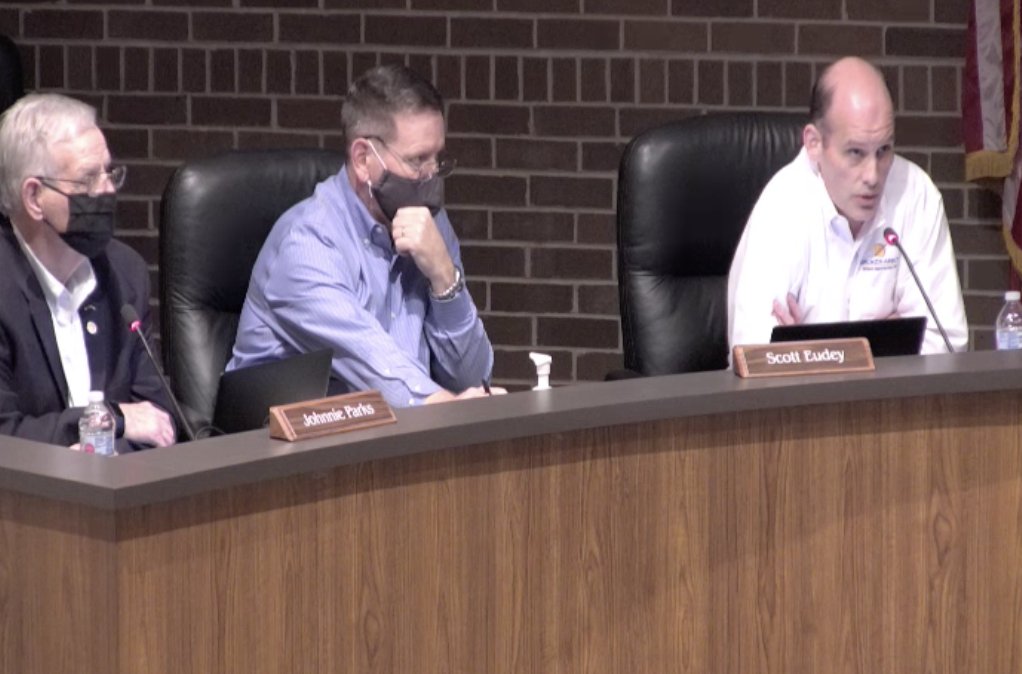 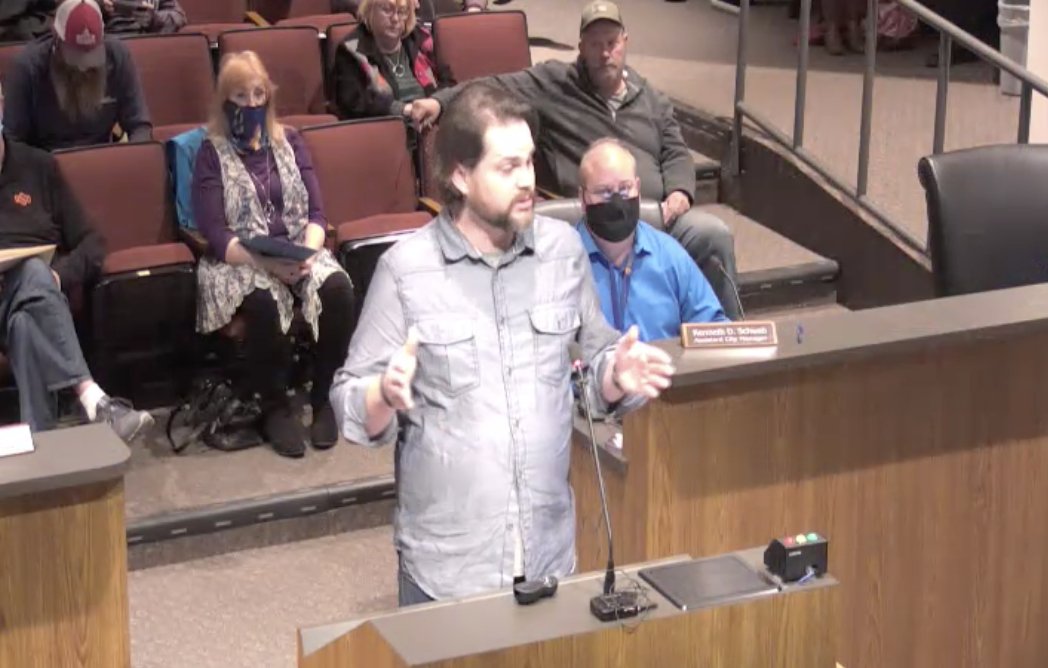 Citizen Richard Powell is mad about recently being told he had to wear a mask inside a Walmart. "That is practicing medicine without a license." 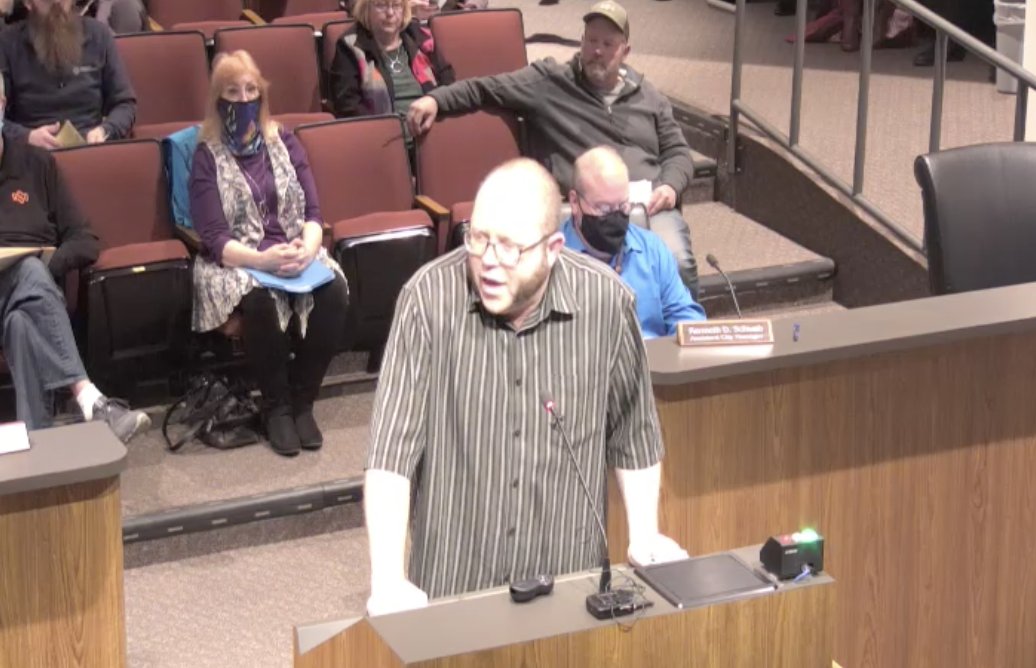 Speaker says she's worried the resolution will cause more division among citizens. She says she walks boldly into stores with mandatory mask policies without a mask on and employees tend not to say anything. Wants to maintain that status quo. 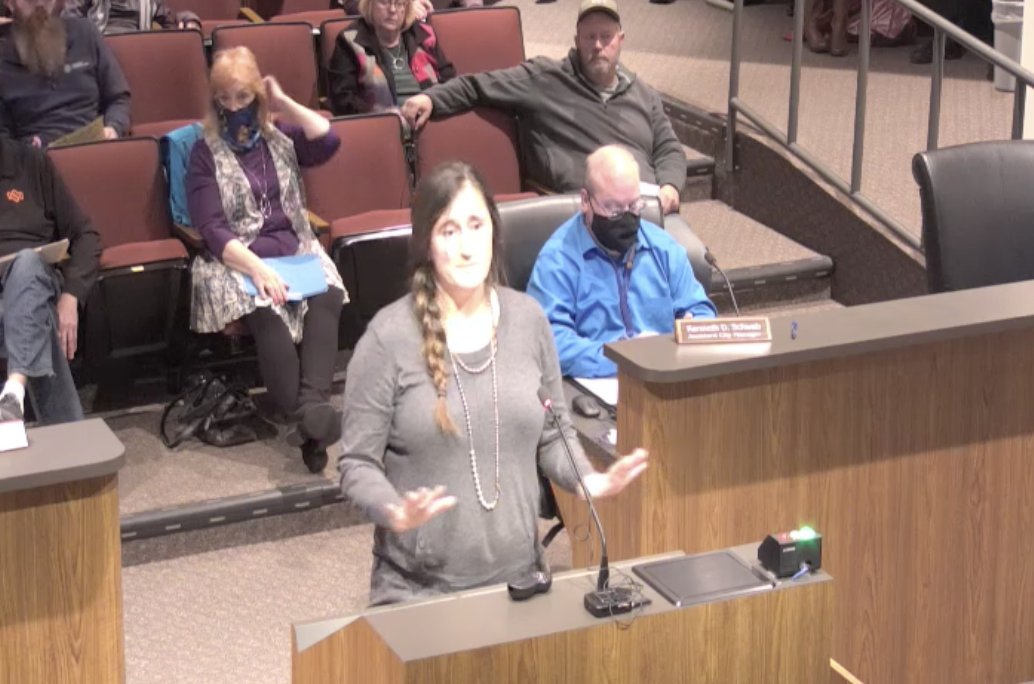 "This city has been a shining beacon ... We've set the example... This city right now is the leader. We don't want to back it into a following position." Says the resolution encourages business owners to require masks, and thinks that's wrong. 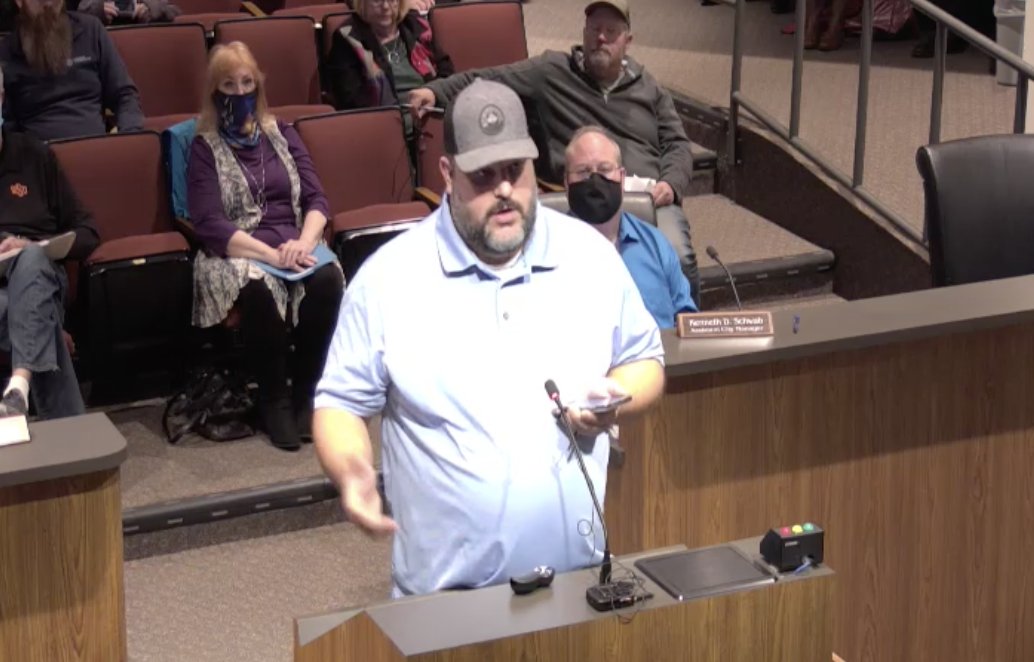 Why am I livetweeting this? 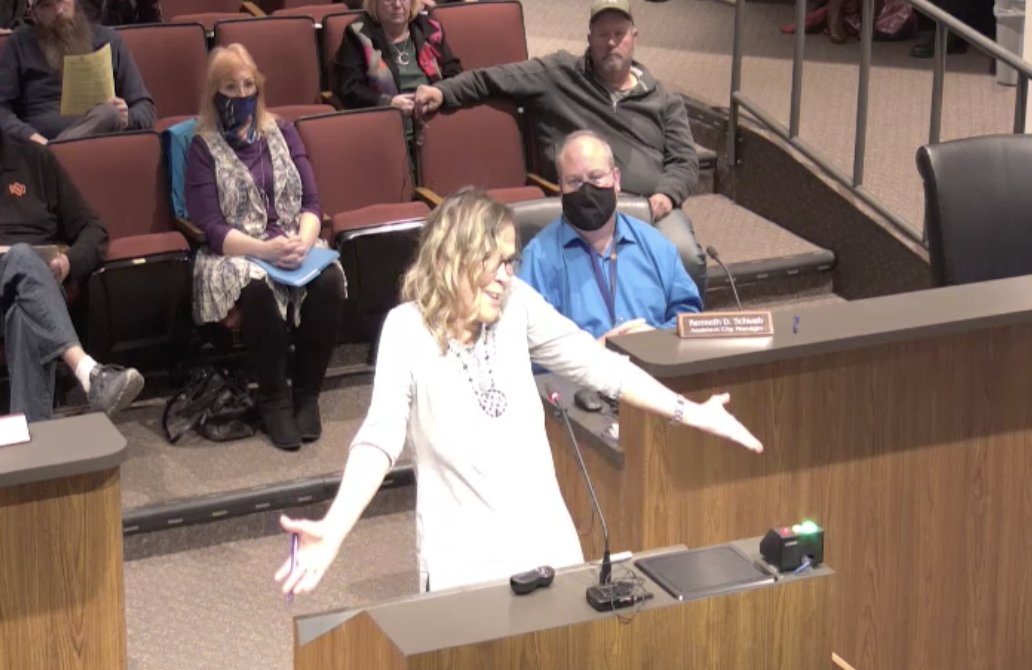 (I'm livetweeting it because I have to stick around for the vote so I have to watch all these anyway)
"It's a cold.... What are we afraid of?" (More than 250,000 Americans have been killed by COVID-19 so far) 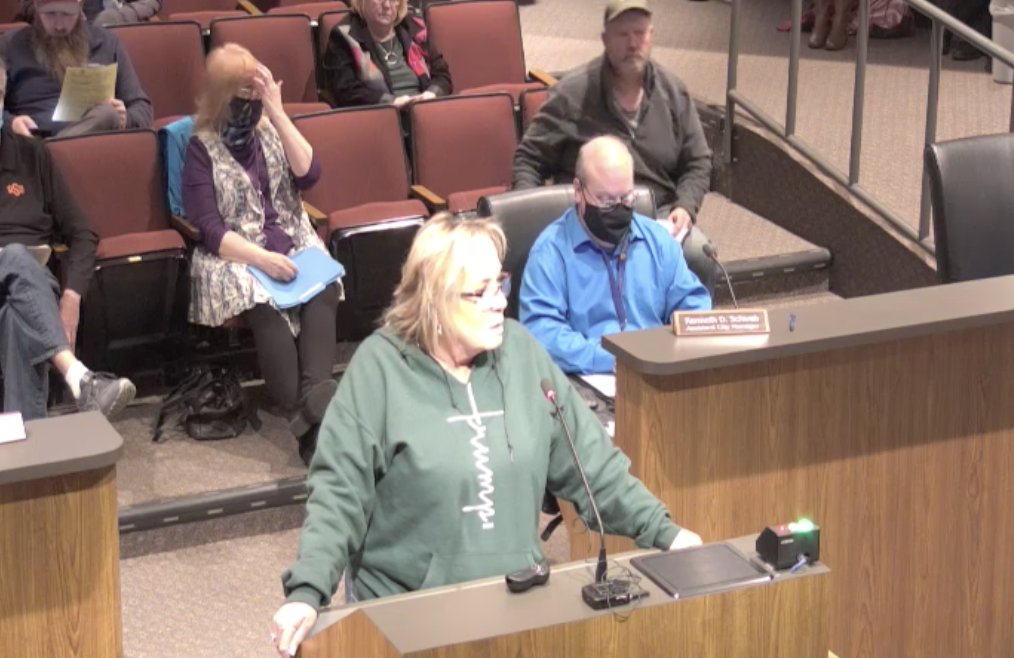 Speaker says he hadn't watched the news in more than 15 years, until COVID. Got scared. But, "In the words of Ronald Reagan: trust but verify. So I took to the internet," and discovered the COVID-19 pandemic isn't really a pandemic. Says the news is propaganda. 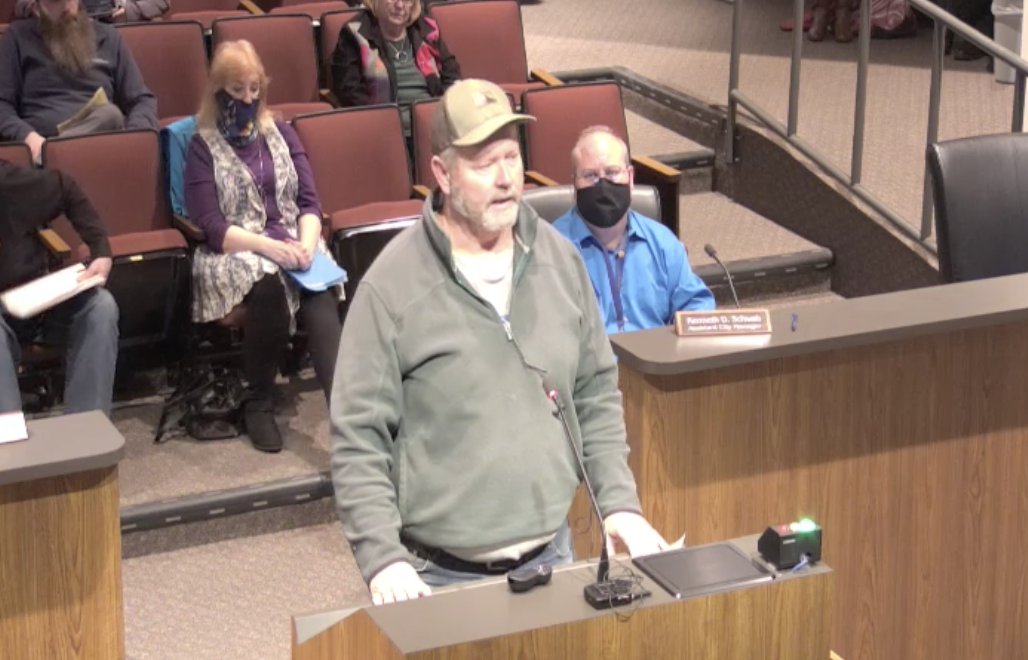 Commenter is an attorney from Tulsa but says he does 100% of his shopping and dining in BA because there's "liberty and freedom" there, ie no mask mandate. Says resolution encouraging masks would have a "chilling effect" on BA's economy. 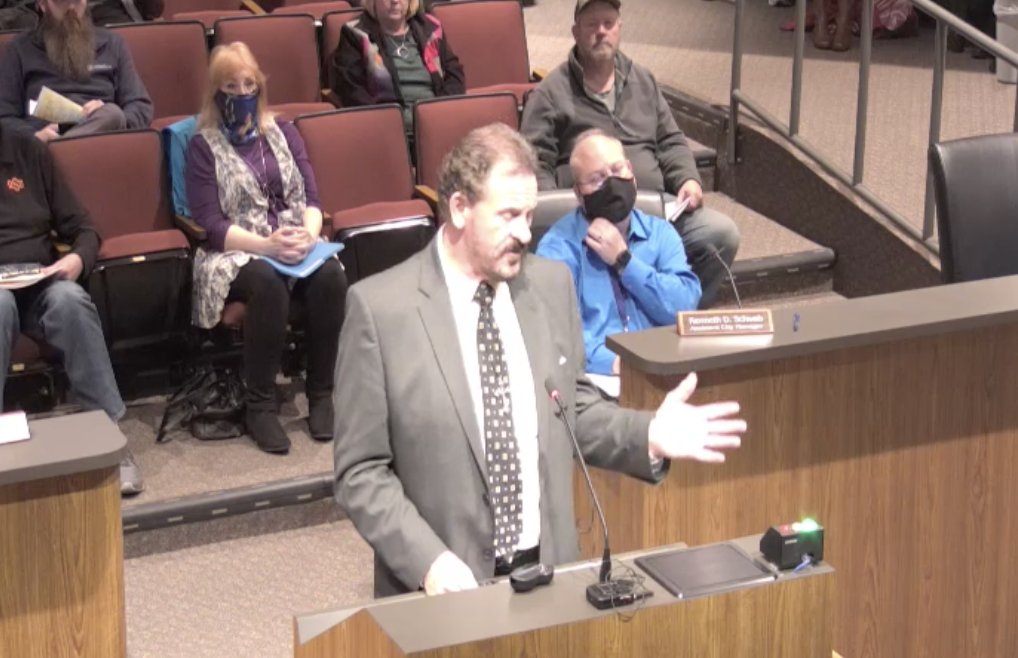 Before this meeting started (a little delayed from what was supposed to be a 5:00pm start), a councilor I'm 90% sure was Johnnie Parks said "Thought I'd be home for dinner at 5:30." Me too, man. Me too
Guy just made a Nazi Germany comparison. I'm so tired
Supports the resolution. "This resolution isn't a mandate. It's not and it won't be." It's just encouraging people to wear masks. 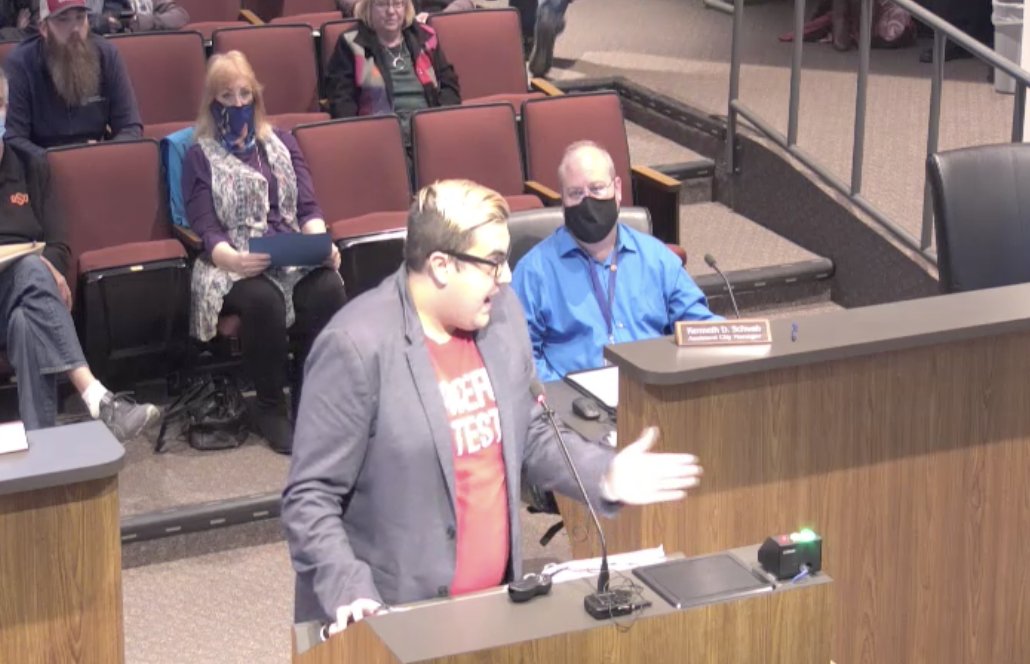 Public comment's over. Mayor Craig Thurmond says people have to be responsible for their own immunity. Take vitamins, eat healthy, etc. But that's not mandated, and neither should there be a mask mandate. 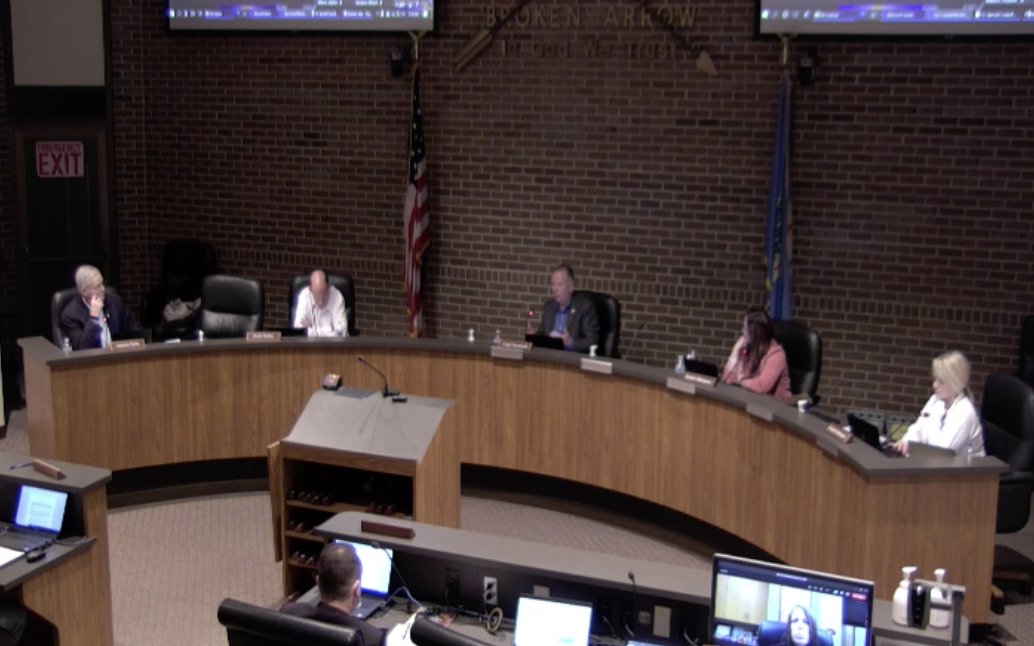 Councilor Debra Wimpee says she takes issue with a part of the resolution that discourages large gatherings. Mayor Thurmond says he's fine with taking that language out because people shouldn't be discouraged from going to funerals, church. 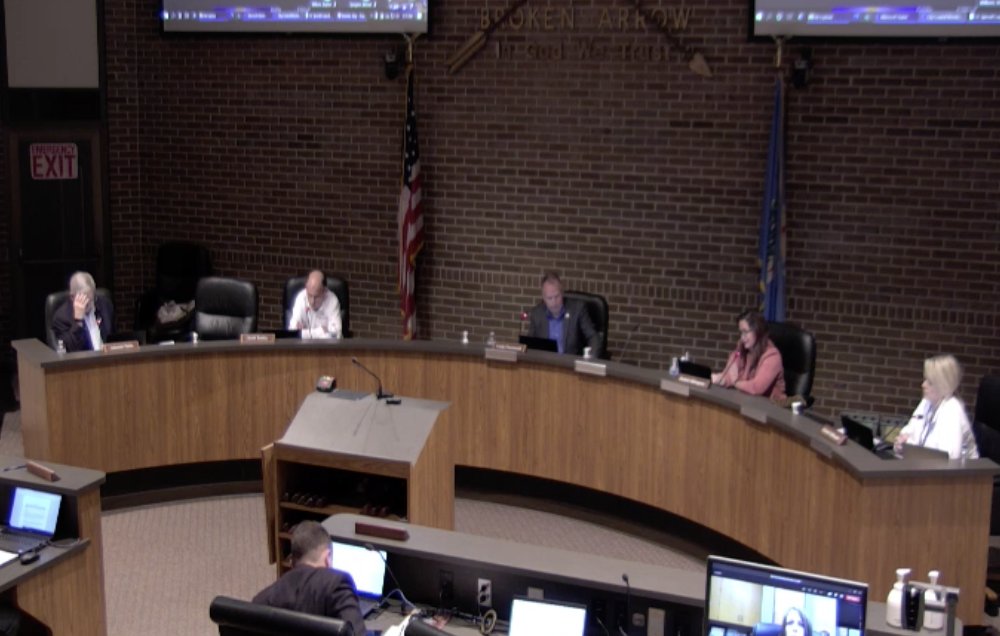 Councilor Christi Gillespie says she's worried the media would describe the resolution, if passed, as a mandate. "There is nothing anybody is going to say to any of us that's going to change our minds." "Dr. Fauci has not seen a patient in, like, 50 years." 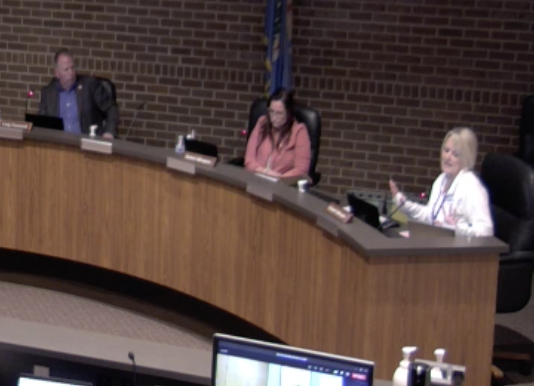 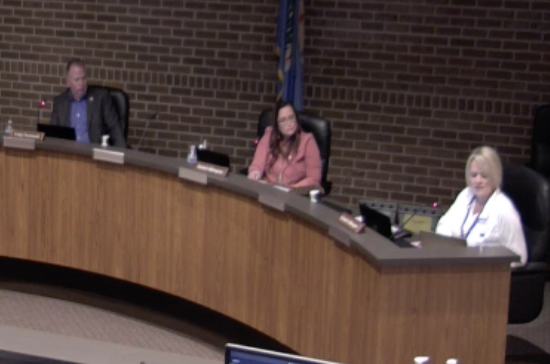 Gillespie says BA Schools told her they have 800 people quarantined due to potential exposure to COVID but they're not sick. "Right now in our city, I am more worried about our long-term care facilities.... These people are masked up and around masked up people all day long" 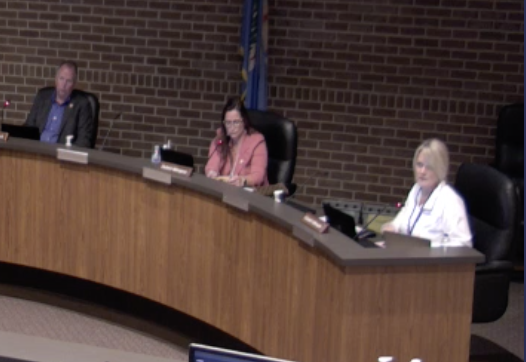 Councilor Johnnie Parks, who last week was the only councilor who supported a mask mandate for BA, is now speaking. "I'm for a mask mandate if our numbers keep going up." "I'd like to see something happen to cause these numbers to go down." 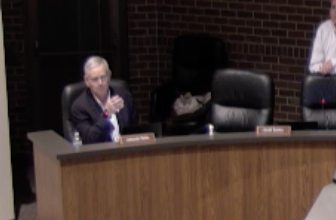 Councilor Parks says there's a chance the governor could put in a mandate. Crowd starts shouting him down.

"You have the right not to comply. I'm just saying a mandate could come from the governor if our numbers keep going up."

"This is stupid!" someone yells. 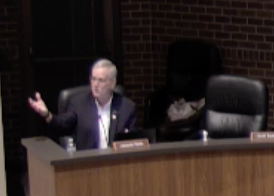 Mayor threatening to have people removed if they continue heckling and yelling. 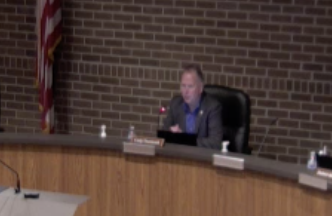 Vice Mayor Eudey says he, as an attorney, believes the council lacks the legal authority to mandate masks (which, again, that's not what this vote is. This resolution simply encourages masks). On effectiveness of masks: "There is some science on both sides of this."

"I do believe COVID-19 is real because I've seen people die from having, by having been exposed to it and subsequently die." Says they all had comorbities or were over 80, but: "They were still someone's grandma, grandpa." Tells people to think about how deaths aren't just #'s.

The representative from the Tulsa Health Department has been on Zoom with the whole room this whole time.

Resolution rejected 1-4. Councilor Parks only vote in favor of the resolution. Broken Arrow City Council votes not to resolve to "strongly encourage the use of masks." Raucous applause. Meeting adjourned. That's a -30-. 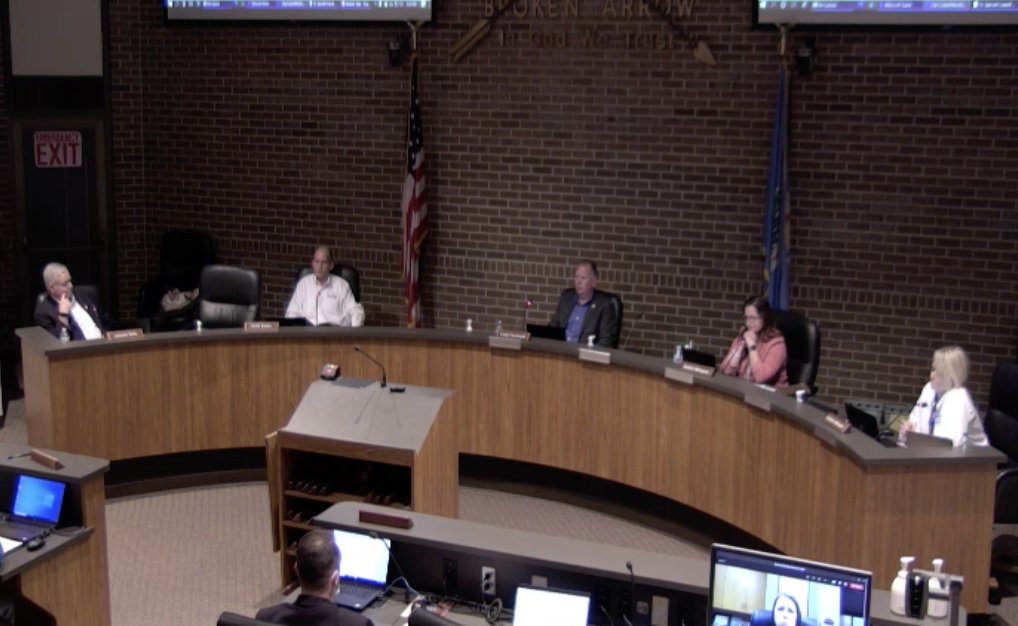 You can follow @ChrisKPolansky.
Tip: mention @twtextapp on a Twitter thread with the keyword “unroll” to get a link to it.