Read on Twitter
What a biased piece by @BBCWorld!

There are so many factual inaccuracies, deliberate evasions, calculated generalisations & outright misstatements that one gets convinced that it has been written by someone with naked malice from PDM.
https://www.bbc.com/news/world-asia-55009241

Protesters in Pakistan say the PM came to power in rigged elections backed by the military.

While writing about the arrest of Mian Nawaz Sharif’s son-in-law Safdar Awan who is infamous for his provocative anti-minority rants, the piece conveniently forgets to even mention the fact that he DID violate law by disrespecting Quaid-e-Azam’s mausoleum with his hooliganism 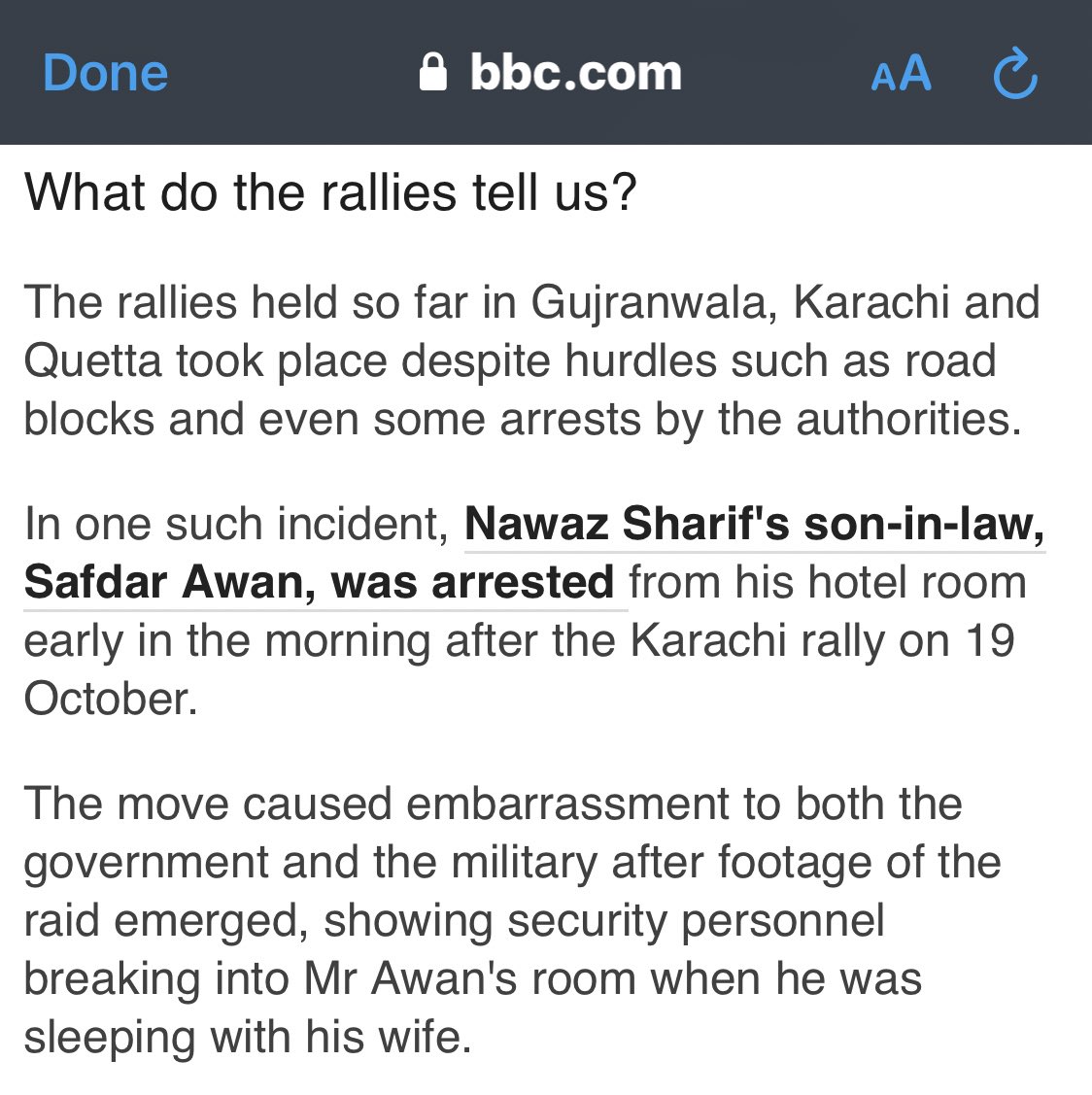 The report mentions censorship of Mohsin Dawar’s speeches but again deliberately omits to highlight that:

• PML(N) itself disinvited him from Gujranwala protest; & 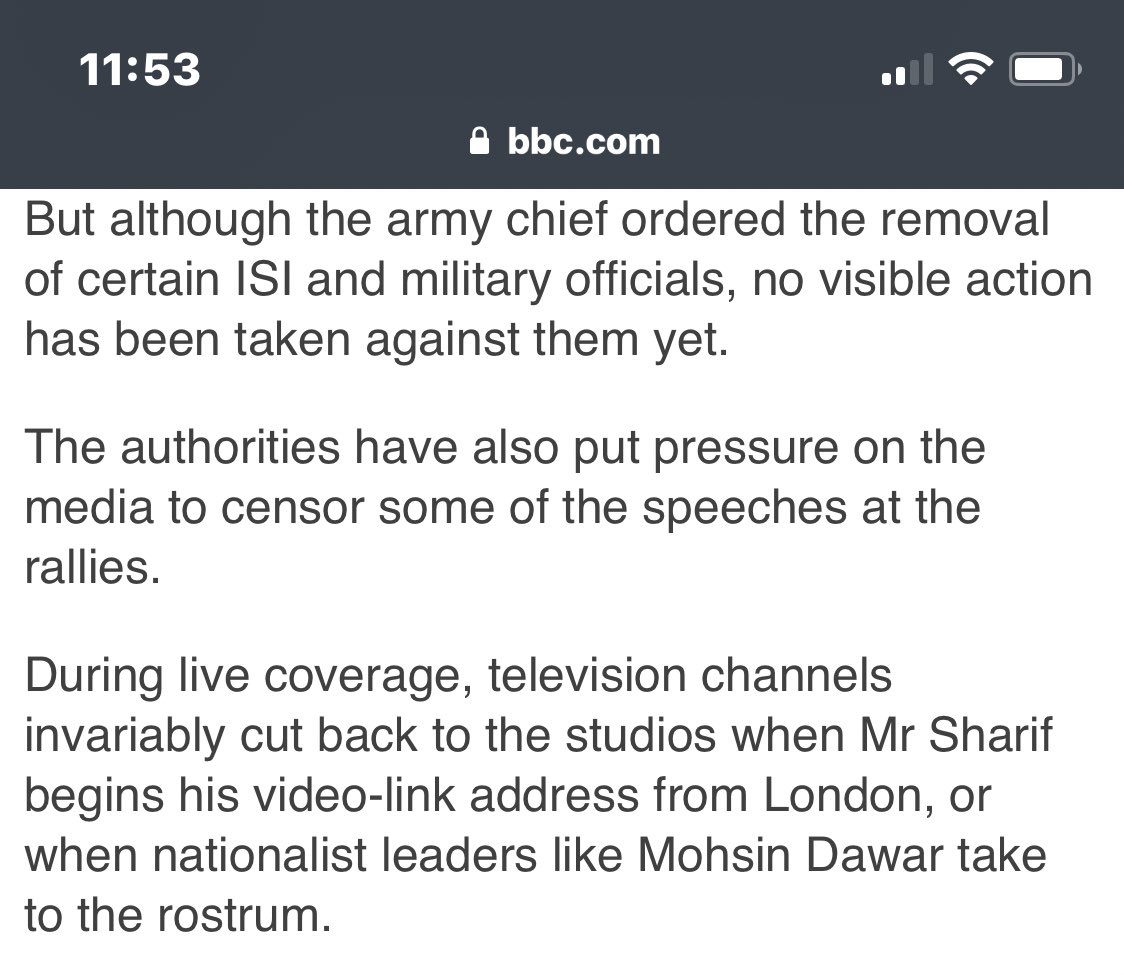 Secondly, if Trump’s allegations against USA presidential election results can be censored/qualified by Twitter & TV channels can stop his live coverage, then why shouldn’t Pakistani state institutions have the right to censor Nawaz Shairf’s address who is a convicted absconder?
Why should there be double standards when the content of Nawaz Sharif’s allegations against 2018 elections is almost the same as Trump’s?

Against Trump, it is maturity & judicious exercise of discretion but against Nawaz it becomes state intervention & curbs on free speech.
3:

On alleged rigging in 2018 election, the piece makes a highly contentious remark that for “independent observers” these elections were the dirties.

Who are the independent observer? Ayesha Siddiqa?

What is the basis of this claim?

What does FAFEN say? 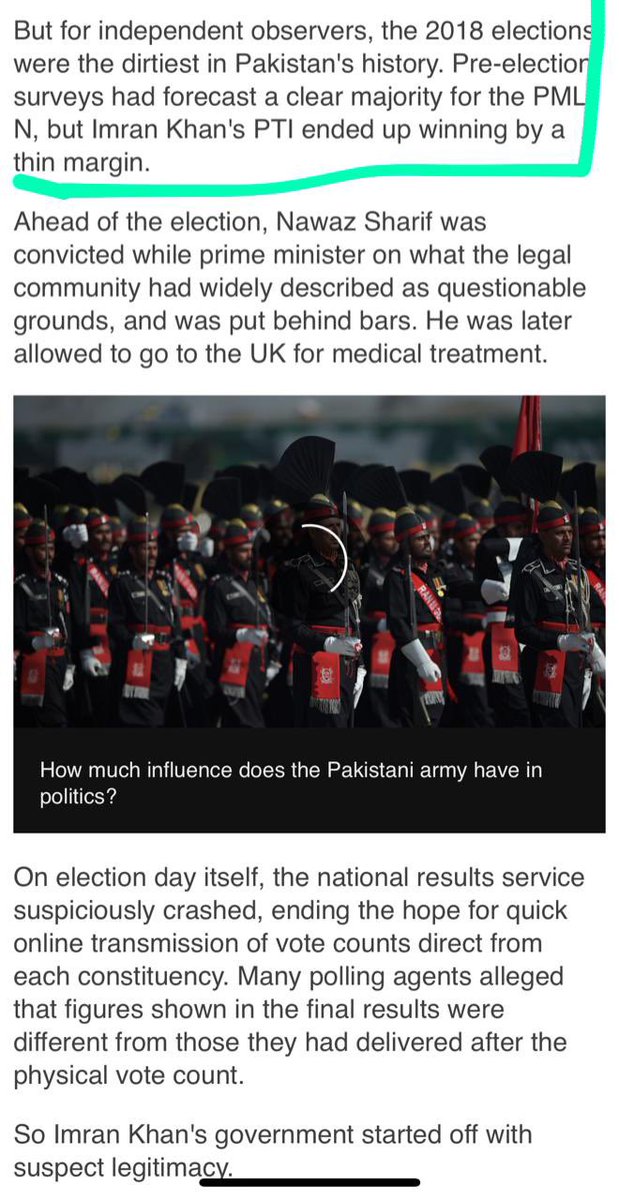 How many complaints were filed against the elections?

How many complaints were filed by @ImranKhanPTI’s party against election results & how many by opposition?

The stats lead towards ONE conclusion: 2018 elections were far better than any previous elections in Pak’s history.
On Nawaz Sharif’s disqualification, the report again obfuscates the context.

He was disqualified by a 5 member bench of Pakistan’s apex court in July 2017, ONE year before elections, in Panama leaks case.

from where is currently making seditious speeches against Pakistani state institutions.

He couldn’t present or establish the money trail for his off-shore empires.
You can follow @SaadSaeed2.
Tip: mention @twtextapp on a Twitter thread with the keyword “unroll” to get a link to it.