Read on Twitter
The “Course of Empire” series from Thomas Cole is one of my favorite painting composites.

It tells the story of a culture in five parts, beginning and ending in a state of nature. 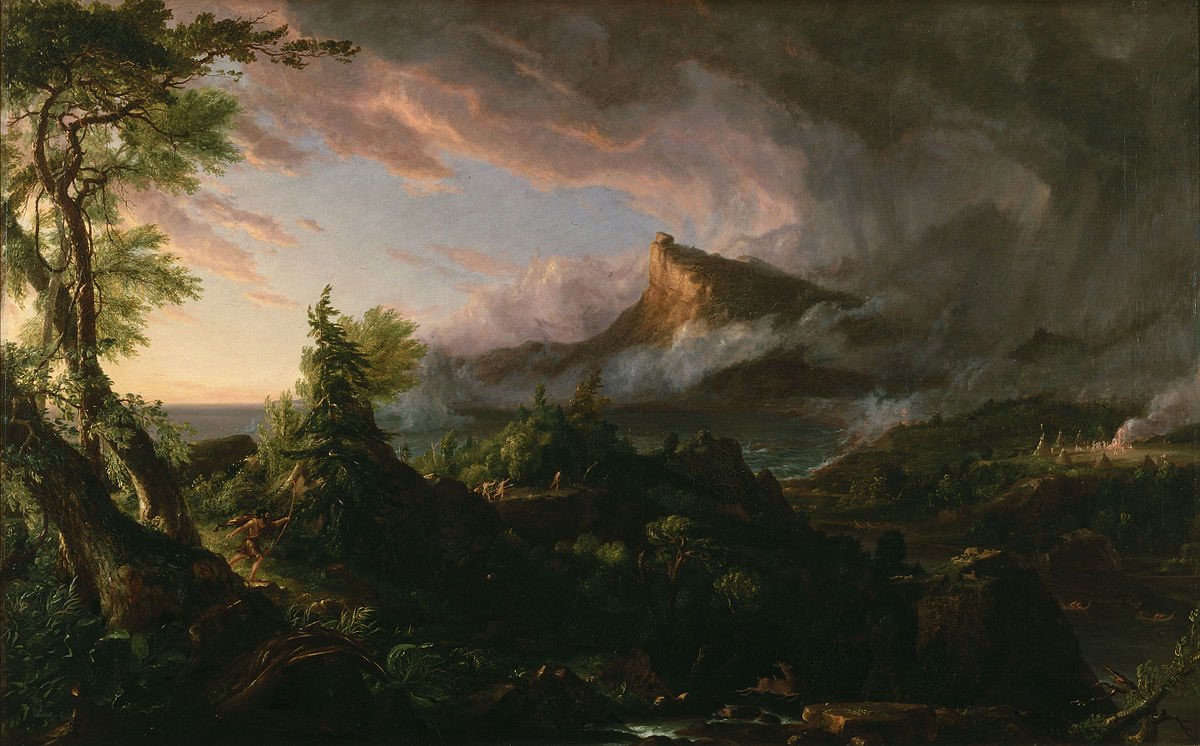 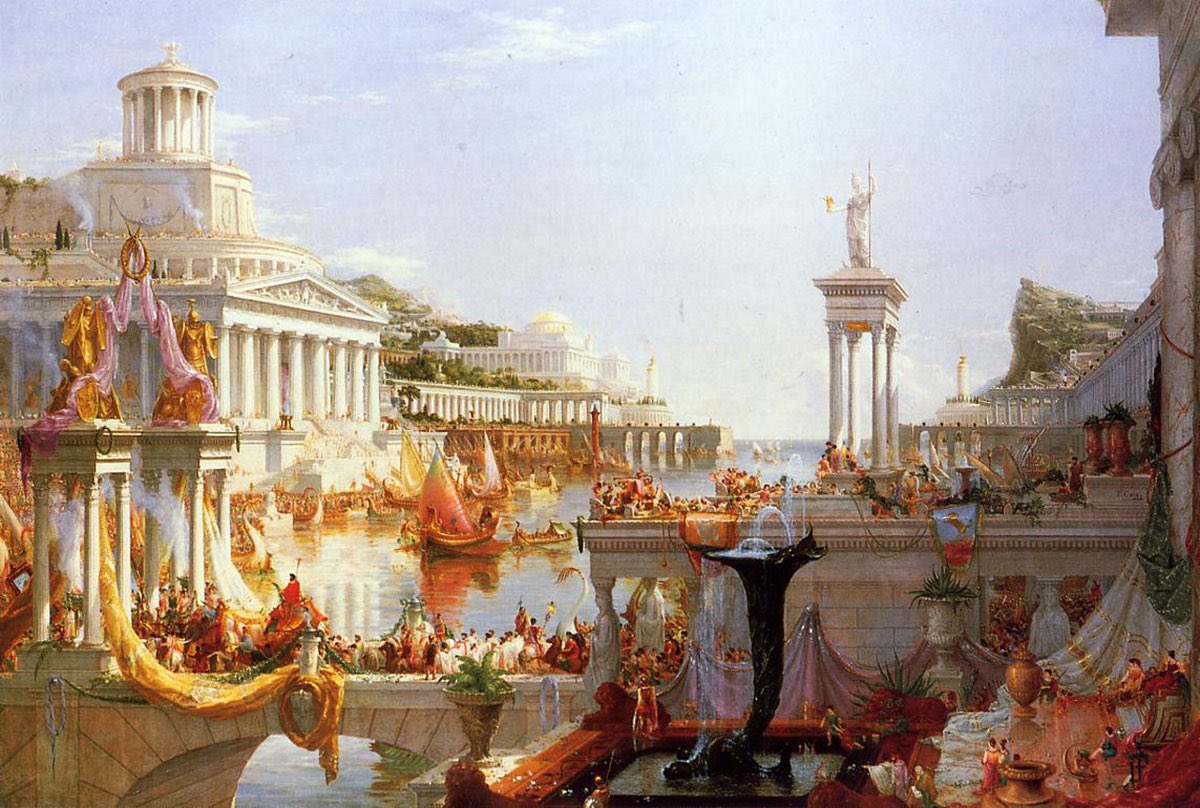 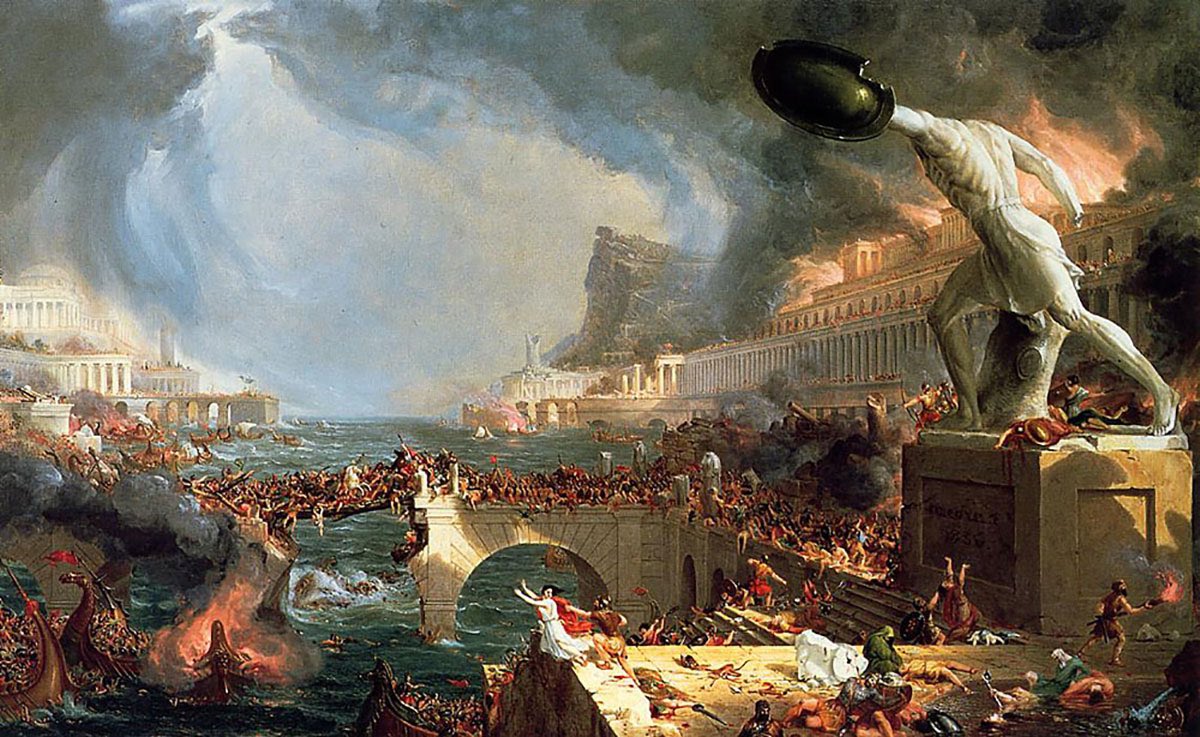 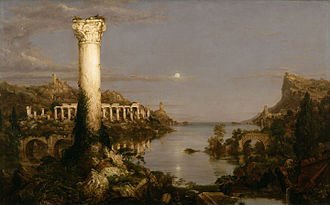 Cole’s cyclical theory of history clashes with the linear one that’s popular today.

The shift towards a linear model began with Judaism, which begins in the Garden of Eden and honors the progress of history.

Here’s a good article on the Cole paintings. https://anachronismandantiquity.wordpress.com/2018/04/10/thomas-cole/amp/
The art of historical development: Thomas Cole’s Course of Empire

The fall of old empires and the rise of new ones became a topic of pressing cultural interest as the impact of political revolutions in late eighteenth-century Europe and the Americas became clear.…

https://anachronismandantiquity.wordpress.com/2018/04/10/thomas-cole/amp/
Here’s my explainer on the differences between cyclical and linear time.

It’s no coincidence that the linear perspective of time became popular after the Industrial Revolution, when each generation began to live in materially different conditions.

You can follow @david_perell.
Tip: mention @twtextapp on a Twitter thread with the keyword “unroll” to get a link to it.