Read on Twitter
Here we go: job offer has been made, & it's time to get to work.

The energy transition is underway. We've got miles and miles to go.

In which I:
*talk 2035
*make the case for special attn to energy workers
*yell LOUDLY about funding energy social science
President-elect Biden & the Democratic Party Platform both target full decarbonization of US electricity by 2035.

On Sunday, the Washington Post published an opinion piece by Fred Hiatt, the opinion page’s editor, entitled “How Donald Trump and Bernie Sanders Both Reject the Reality of Climate Change.” This...

https://joebiden.com/clean-energy/#
A 2035 deadline is very good. We /must/ do this. For the people that have suffered, are suffering, and will suffer as a result of fossil fuel combustion.

Climate is a huge part of this but it's not everything, and there are MASSIVE disparities in who suffers.

1) Ban fossil fuels and build a ton of 0-carbon power plants/batteries/whatever
2) ?????
3) Profit
___
The ????? matters a /ton/ and remains pretty fuzzy.
This is not an indictment of work today! Honestly it's only pretty recently that the policy, political, & cost environment has made full decarbonization seem plausible.

(Fund energy social science)
But how we do it matters.

I'm obsessed with the physicality, governance, incentives, &c of the transition period.

(Fund energy social science)
I'm /also/ obsessed with how similar decarbonization could be to 1970s/80s deindustrialization.

Lots of ppl lose their jobs. Lots of others gain jobs. Not in the same place.
We messed that last one up, friends. Not to poke a wound but...Rust Belt politics, anyone? Even if you come out ahead on jobs overall, there are massive local impacts. 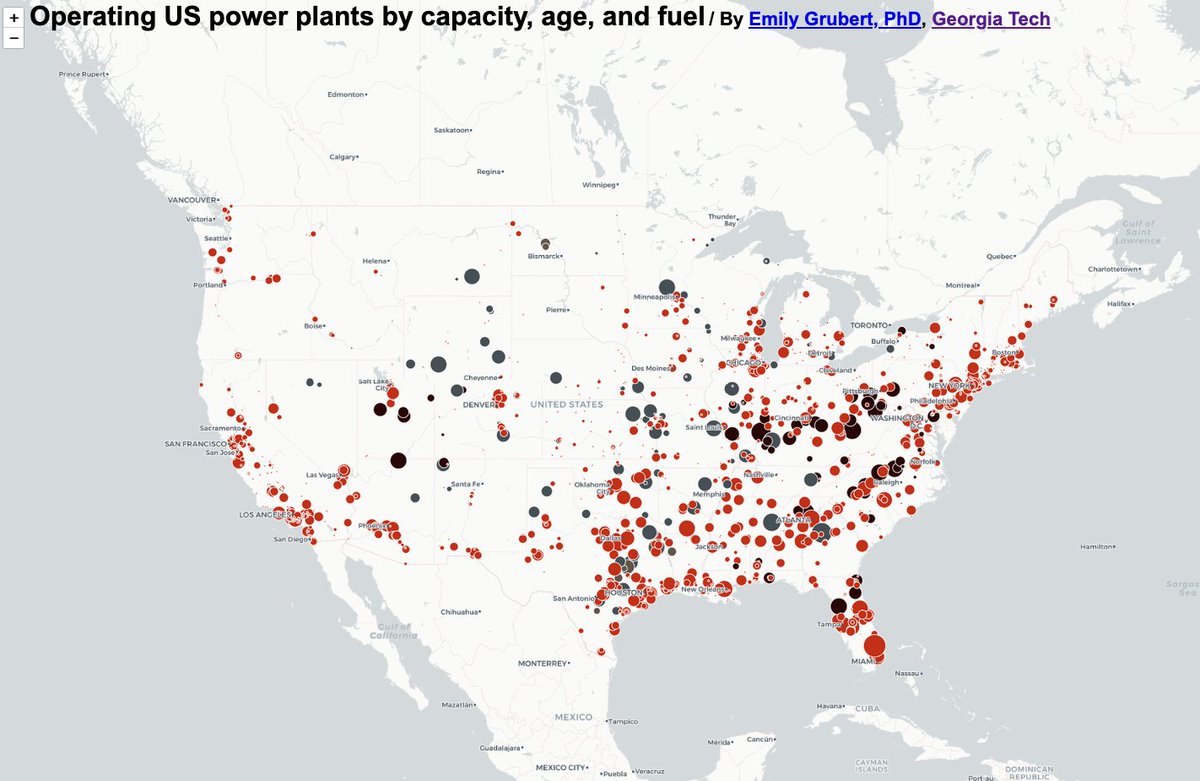 All that is to say: we need to do better with the energy transition than we did with deindustrialization in other heavy industries.

We also NEED to prioritize justice for those affected by climate change, by the new energy infrastructure, etc.

(FUND ENERGY SOCIAL SCIENCE)
Fossil-adjacent workers aren't better than others. They do actually need specific attention in policy, though. Here's my best effort to explain why:

If we're serious about shutting it down -- no bargaining -- we need people to act against their best interests, maybe for years.
We can't just assume the existing system is there to save us as we transition.

When only 10% of the fossil system is left, it won't be as cheap, accessible, etc.

Think about ways the dominant fossil system makes it annoying to be a solar plant, or an electric car.

Now flip it.
Except now, the people working in the small, annoying sector (today's dominant fossil fuel sector) don't have anything to look forward to.

Solar industry folks / EV owners put up with shit bc they believe in that future. The ngas person 10 years from now doesn't get that.
But we actually need that person to stick around until we don't need them anymore.

If you're the last person to sub your gas heat / ICE vehicle, or if you're turning on your AC on the heat wave day that the system is 80% 0-carbon, you really want those holdouts to be there.
Decarbonization is two separate issues: shut things down, and build new things.

These really need to line up. We'll need ~10s of 1000s of new generators, many of which will face opposition.

(Fund energy social science)
Temporally lining up the de-carbonization process with the new, 0 carbon system keeps me up at night.

https://www.sciencedirect.com/science/article/abs/pii/S221462962030373X
Let's be real: we aren’t (& shouldn’t be) training many new fossil fuel workers. So the people working in the industries now are probably ~the ones that stay til we're done with the new system.

Today’s people young enough to leave are tomorrow’s older workers who can’t, really.
So we need them to stick around in a dying industry, while simultaneously (probably!) tolerating a lot of people actively hating them.

(Fund energy social science)
We are remarkably lucky that the number is as small as it is. We can afford to smooth this path for the affected, including indirect jobs.

Dislocation in the steel industry alone in the 70s/80s was higher.
Electricity is a special case relative to other heavy industry, too, bc it's hard to sub.

Not having electricity is a REALLY bad outcome. (Hi CA, GA, LA, OK...)

You can’t just let the older, obsolete industry go away on its own schedule and rely on global trade to save you.
So we need people who know what they're doing to be willing to go down with the ship, with some flexibility on the exact timing.

The industries need to go, to protect so many of us. And, we need them to go away smoothly.
This probably means we need to have robust plans in place to make sure people know they will still be able to get healthcare, enough money to live on, etc.

Personally, I strongly prefer universal programs to achieve this.

#JustTransition
You can follow @emilygrubert.
Tip: mention @twtextapp on a Twitter thread with the keyword “unroll” to get a link to it.