Read on Twitter
This thread explains how I got to the "Trump Accountability Project" enemies list since it's not publicly accessible anymore. /1
I saw this tweet from AOC:

So I clicked on @trumpaccproject & got this:

So I clicked on:

We should never forget those who helped further the Trump agenda.

http://trumpaccountability.net
And that took me to:

Now it takes you here:

And, once I saw what it was, I took all the screen shots, and then I backed up to the original tweet

to see who this guy was. 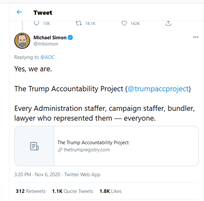 And this is who he is: 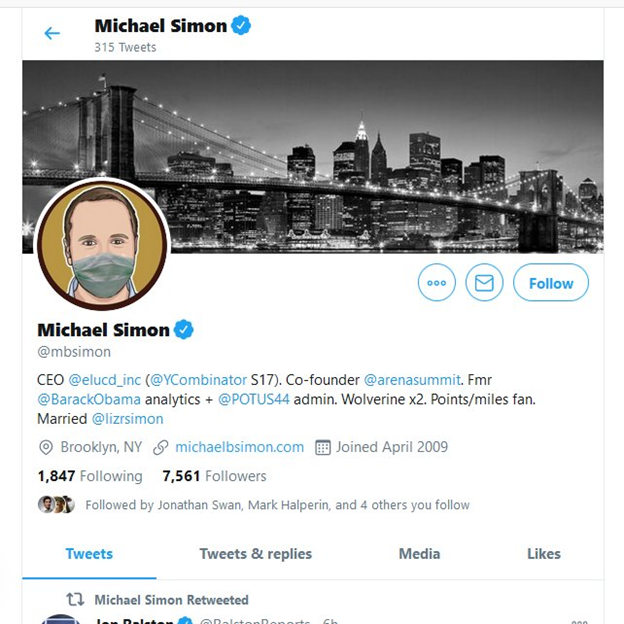 And then I searched for "Trump Accountability Project" and similar terms & came up with these: 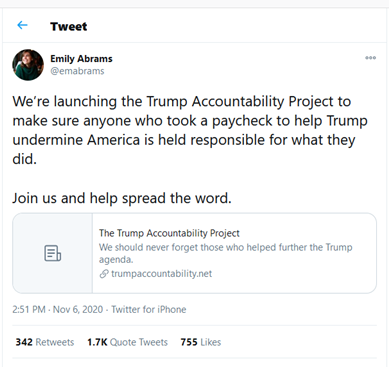 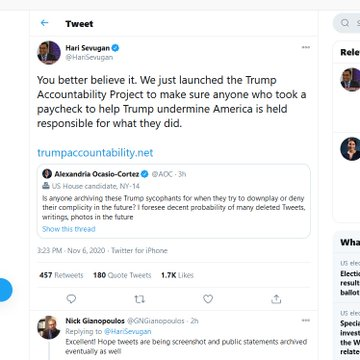 Which takes you to these two "winners." 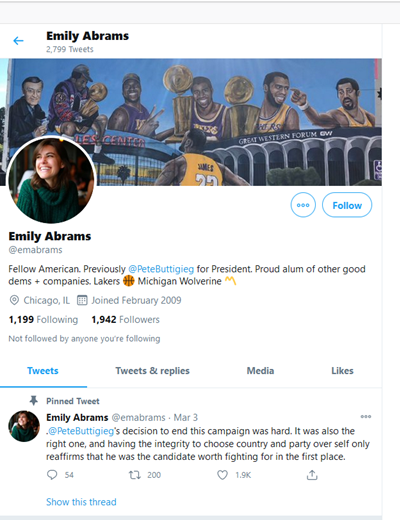 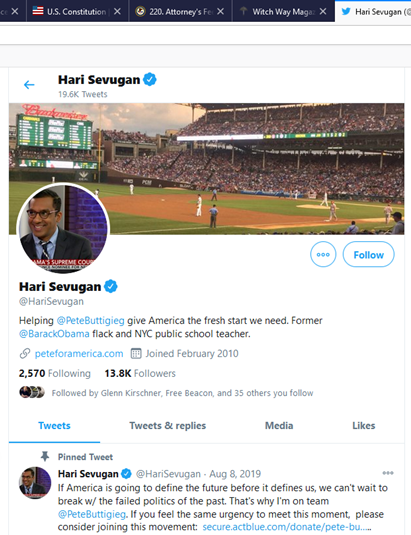 Because they are doing this all out in the open, because they are totalitarian thugs.
But after I started tweeting about it, they took off two of the tabs from their list: the "Appointees" tab and the "Donors" tab, which had the list of judges and campaign donors. See 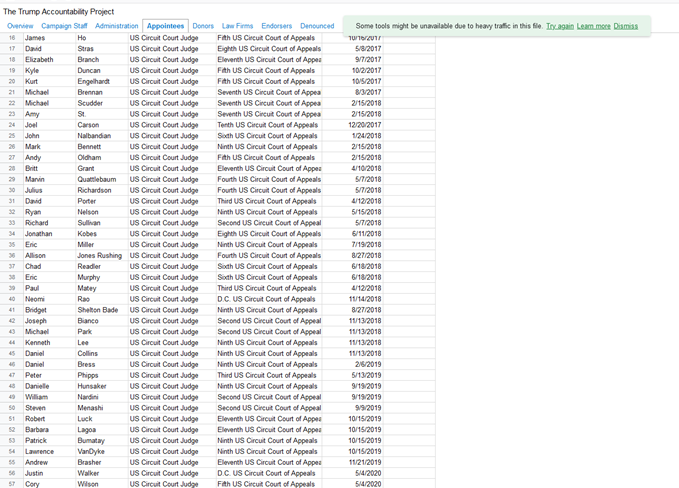 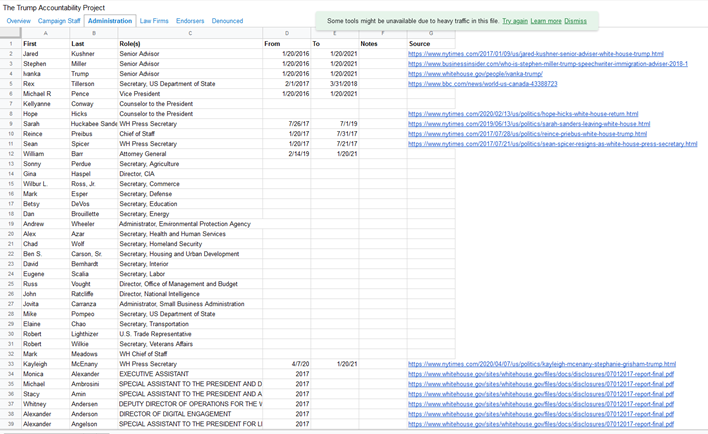 And, eventually they made the whole list private, although you can still access it here:
https://web.archive.org/web/20201106213604/https://docs.google.com/spreadsheets/d/1LF51ACxMfTSpwd-Os13jcwdjvvpeioJC7x0yHFofLvU/edit?usp=sharing
They left their website up, but they made some significant changes to it. Here: (left is original)

And here: (left is original). Evidently they figured out, at a minimum, that putting judges and donors on an enemies list was probably a bad idea.

And like the cowards that these people always are, they have now made their accounts private. 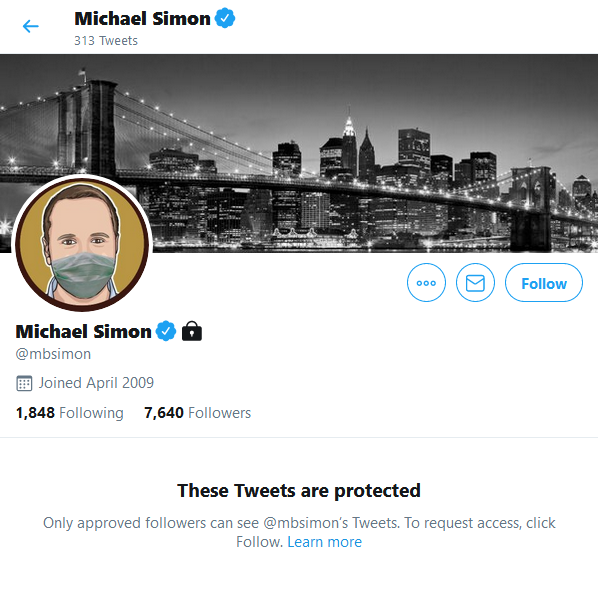 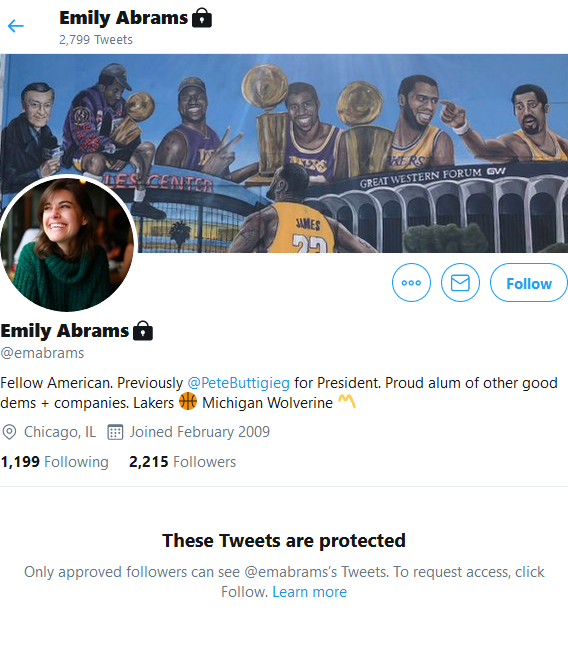 Oh, and they have this site up, where they still mention the judiciary, and call their enemies list a "registry." 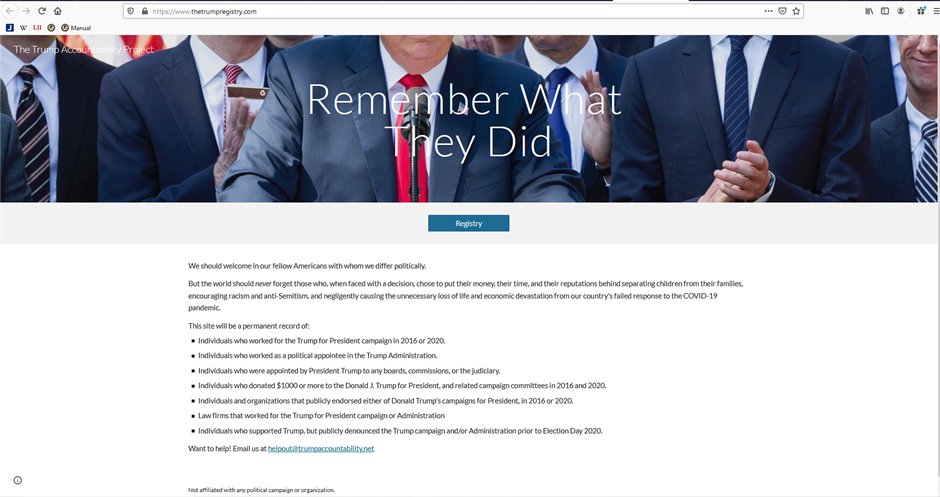 You can follow @McAdooGordon.
Tip: mention @twtextapp on a Twitter thread with the keyword “unroll” to get a link to it.