Read on Twitter
Looking for some place to get away for, um, no particular reason at all? Someplace so far that, oh, say, current events can't reach you?

Well, add another exoplanet to your "We better keep an eye on this one" list: TESS, the Transiting Exoplanet Survey Satellite, has found its first Earth-sized exoplanet orbiting in a star's habitable

https://www.syfy.com/syfywire/tess-finds-its-first-earth-sized-planet-in-its-stars-habitable-zone
1.5/ [Note the image attached with the article is artwork, and not a photo of the planet.]
2/ To be clear we don't know much about this planet. It might be more like Venus or Mars, and kill you as soon as you crack open your spacesuit helmet. It might not even *have* an atmosphere. Also, it's 100 light years away, so it's a bit of a trip. Pack a lunch.
3/ It orbits a red dwarf, a dinky dim bulb of a star. But its distance from the star shows it gets 86% the light/heat as Earth does from the Sun, so not bad. With a decent amount of CO2 in the air it could even be a pretty nice place. There's no way to know just yet.
4/ But the point isn't so much what it *is* as what it implies. Red dwarfs are better at making small rocky planets like Earth than they are giant gassy ones like Jupiter. We see that a lot with other red dwarfs like TRAPPIST-1 and Teegarden's star. 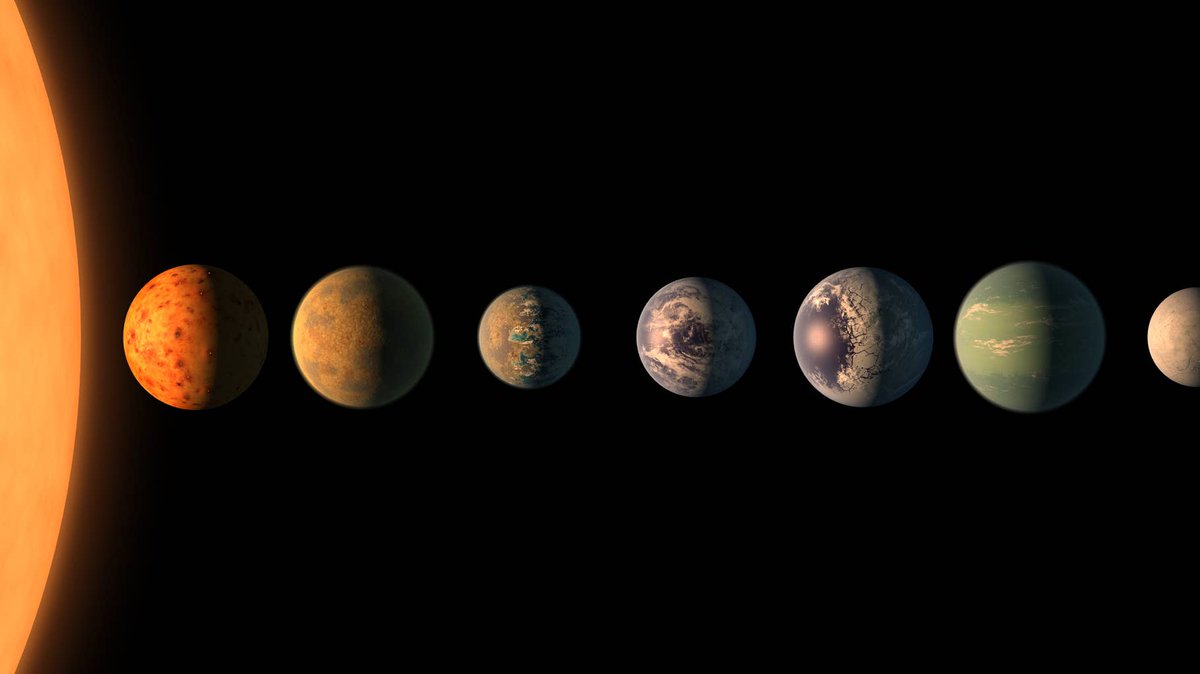 5/ But the VERY cool thing is that these red dwarfs are by far the most common kind of star in the galaxy. That in turn implies Earth-sized planets are extremely common, too. And if they orbit at the right distance, it means pseudo-Earths could be everywhere. Billions of them.
6/ Heck, there are thousands of red dwarfs within 100 light years of the Sun. Again, we have no idea how many of these planets are actually Earth-like, with breathable air and all that. But the more planets are out there, the more likley it is some of them will be clement.
7/ We're finding more all the time. In this graphic, known planets are shown in terms of their size, with ones to the left too hot, to the right too cold, and in the middle juuuuust right. TOI-700d, the one just found, is about the same size as Earth. 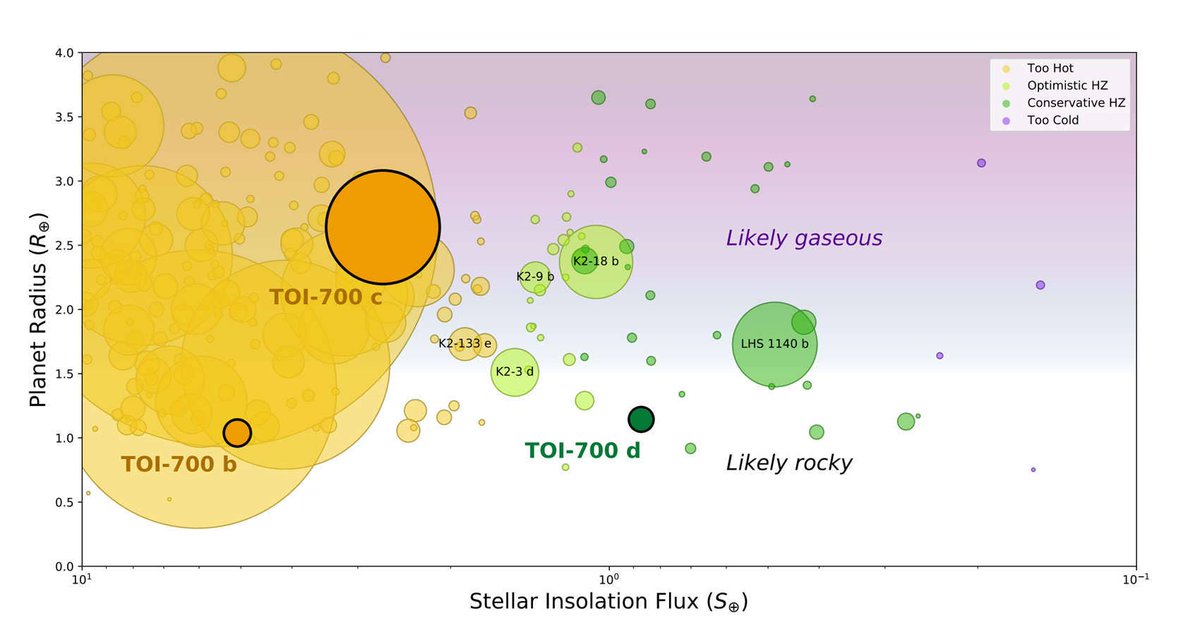 8/ So we've found a few Earth-sized planets getting the right amount of star heat. Who knows what they're actually like? But the more we find, the better. Mind you, 20 years ago, we knew of *none*. Now look! Quite a few. And there are billions more.
9/ Were gonna need a bigger graphic.
10/10 And that's why this new planet is exciting. It's another in a short list of Earth-sized warm planets... but that list is going to get mighty long as time goes on.

Well, add another exoplanet to your "We better keep an eye on this one" list: TESS, the Transiting Exoplanet Survey Satellite, has found its first Earth-sized exoplanet orbiting in a star's habitable

https://www.syfy.com/syfywire/tess-finds-its-first-earth-sized-planet-in-its-stars-habitable-zone
You can follow @BadAstronomer.
Tip: mention @twtextapp on a Twitter thread with the keyword “unroll” to get a link to it.