Well, you're in luck. I can help you.

…with an assist by a massive camera on a huge telescope looking at the center of our enormous galaxy. https://www.syfy.com/syfywire/what-do-10-million-stars-look-like
What do 10 *million* stars look like?

The thing that's hard to grasp, even when you've been an astronomer your whole life, is just how ridiculously full of stars galaxies are. Certainly when you look at images of nearly any galaxy it

https://www.syfy.com/syfywire/what-do-10-million-stars-look-like
2/ Mind you, the image in that first tweet "only" shows a few hundred thousand stars, because it's a subset of the actual 10-million-star image referred in the article title.

That's not haze. Those are STARS.

3/ That image has been massively downsized and compressed to show you here. But there's a pan-and-scan version online that'll melt your brain. You can zoom in and in and in and more stars just keep showing up.

https://noirlab.edu/public/images/noirlab2027a/zoomable/
4/ But it gets better: That 10 million star image is actually a small subset of the actual survey created by the Dark Energy Camera. How small?

The survey image captures an area on the sky about 25 times bigger... meaning it has 250 MILLION STARS IN IT.
5/ I can't show you that image here because it's too big. It would have to be shrunk down, and then it would just look like a wide-angle shot taken with a DSLR. Even the 10 million star image is hard to show.

But we're not done yet.
6/ Here's a diagram of our galaxy. The bulge is a Tic-Tac-shaped structure in the center of the much larger disk. The disk is 120,000 light years wide. The bulge's size is hard to pin down but it's roughly 15,000 light years across. 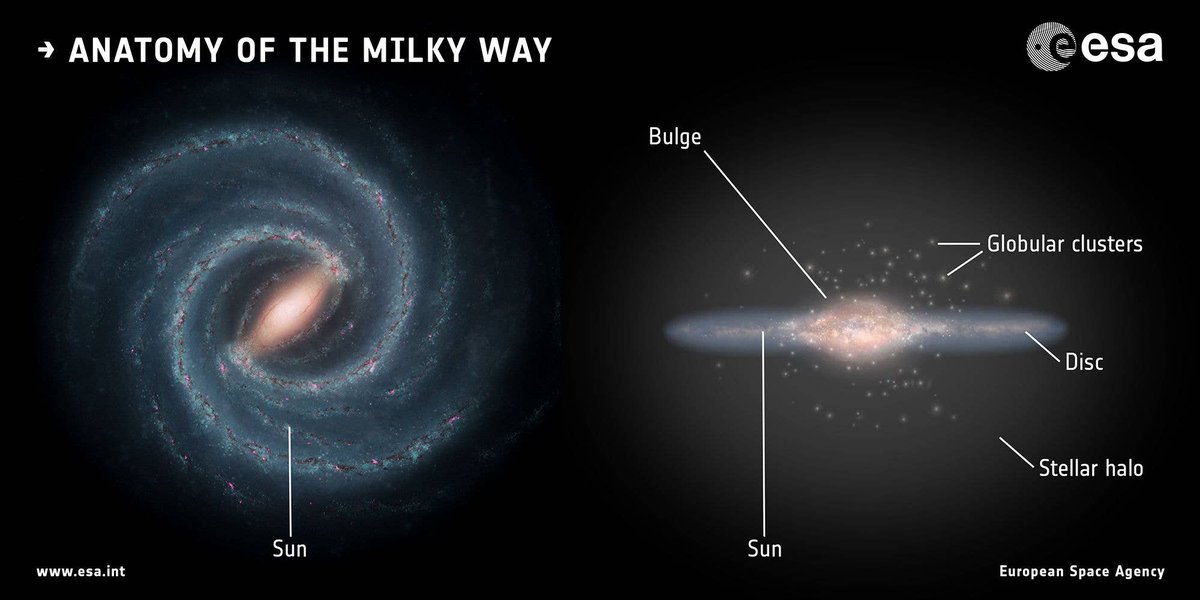 7/ The bulge is so big that even from our distance of 20,000 or so light years from it you can see it on the sky as a thickening of the Milky Way's usual broad path. 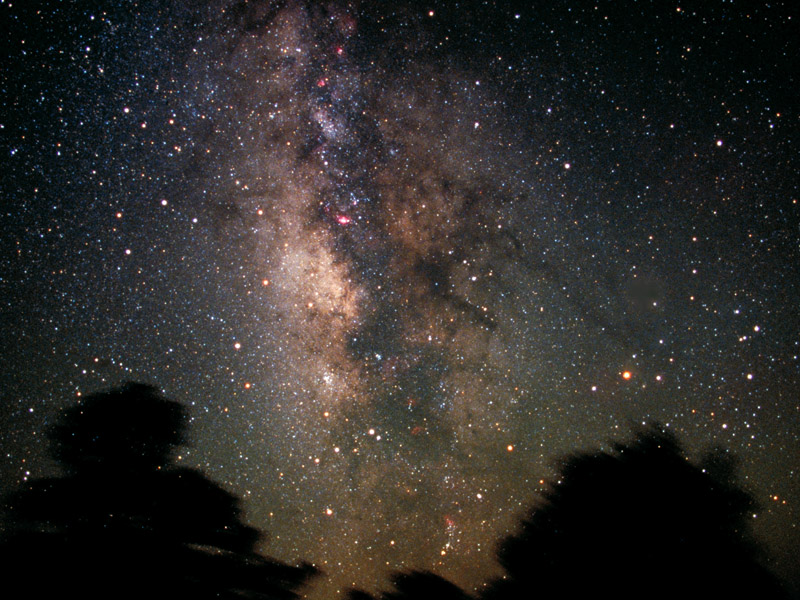 8/ I don't know how many stars are in the bulge, but it's at least a billion. Probably several. And that's a small fraction of the ~400 BILLION stars in the galaxy as a total.

Because galaxies are *immense*.

Sure, there's tons of science in that survey (and I touch on it in the article).

But sometimes you just need to have a sense of scale.

The thing that's hard to grasp, even when you've been an astronomer your whole life, is just how ridiculously full of stars galaxies are. Certainly when you look at images of nearly any galaxy it

https://www.syfy.com/syfywire/what-do-10-million-stars-look-like
You can follow @BadAstronomer.
Tip: mention @twtextapp on a Twitter thread with the keyword “unroll” to get a link to it.