Read on Twitter
1/Alright, now that everyone is paying attention to geothermal, time to discuss one of the more exciting developments that is driving geothermal growth to become a mainstream resource: the emergence of modern, emission free, low temperature binary cycle geothermal plants. THREAD
2/Geothermal power for a long, long time, since at least 1904 when the Larderello steam field produced 10 kW in Tuscany. But for nearly the first 100 years, geothermal was limited to places like Larderello, extremely high temperature reservoirs.
https://www.power-technology.com/features/oldest-geothermal-plant-larderello/ 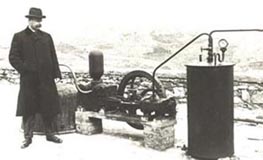 3/This is because geothermal power used dry steam of flash technology, and to provide power, the fluid had to have enough steam to directly power a turbine. By contrast, binary cycle plants heat a different working fluid for the power conversion process. (from DOE GeoVision) 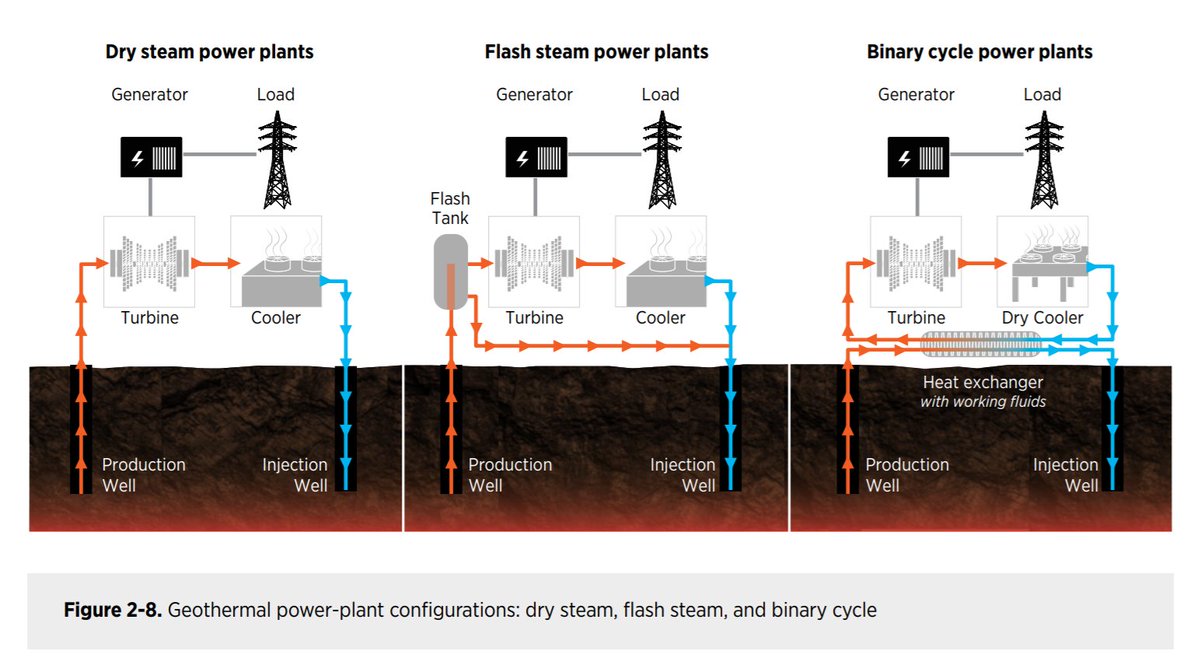 4/The temperature range for Flash & Dry Steam plants is very high, 400+F, because at typical geothermal pressures, that’s what it takes to get a meaningful amount of steam to flow to the turbine. By contrast, binary cycle plants can operate down to 200F. (from GeoVision) 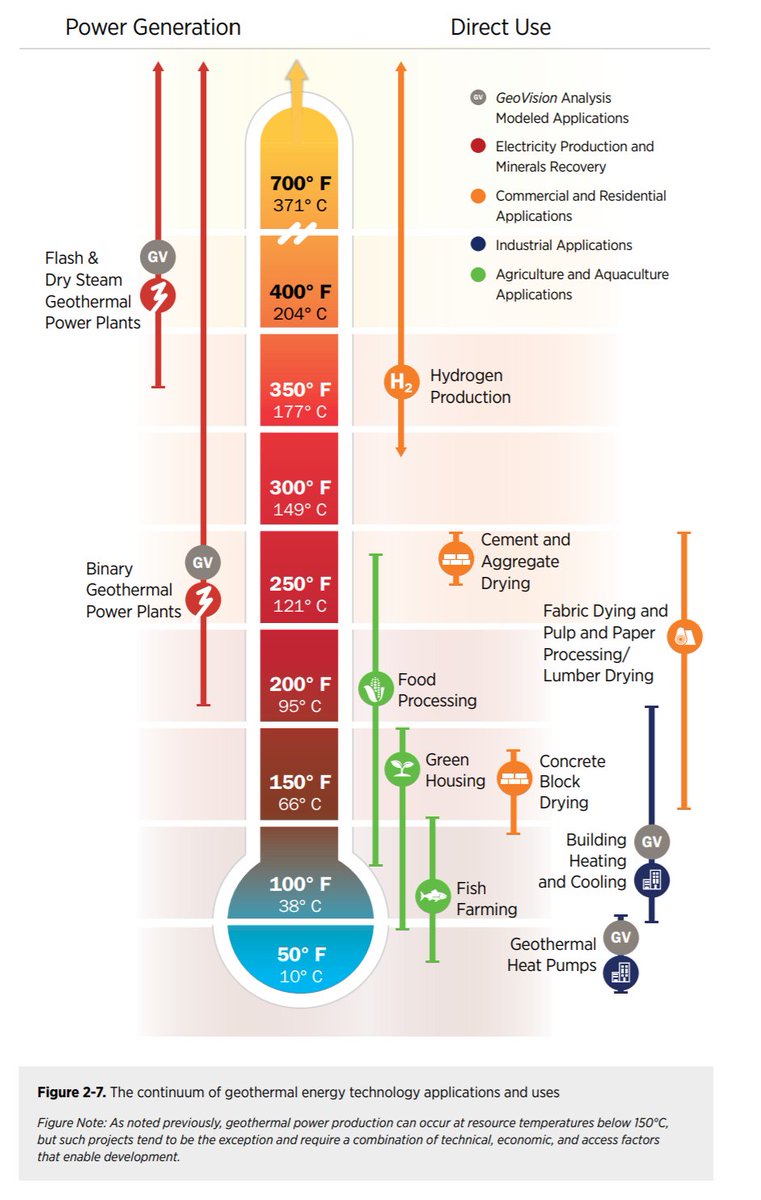 5/Geologically, there are very few places on the planet where you can reach 400+F at realistic drilling depths, ~3 miles. But binary cycle temperatures can be found nearly anywhere at those depths.
6/There is enough heat at binary cycle temperatures (<200C) to power the entire US, over 1,000 GW in just the shallowest 3 miles alone. By contrast, there are hardly any remaining high temperature resources to develop.
https://www.nrel.gov/docs/fy17osti/66428.pdf

7/So if we were just limited to unique, high temperature resources, geothermal in the US would have been done long ago. But new binary cycle technology opened the door for growth. 90% of US geothermal developed since 2000 have been binary cycle systems.
https://www.eia.gov/todayinenergy/detail.php?id=44576

8/Like a lot of innovations, binary cycle plants are the result of decades of public and private R&D, led by DOE and companies like Ormat. BTW, anyone who thinks you can’t make money in hardtech, geothermal, or climate should check out Ormat’s performance.

9/And there are many more benefits to binary cycle plants. The geothermal fluid is cycled through a heat exchanger and then reinjected, so they are emission free. Binary cycle plants have extremely low life cycle emissions.
https://www.energy.gov/sites/prod/files/2014/02/f7/lifecycle_analysis_of_geothermal_systems.pdf 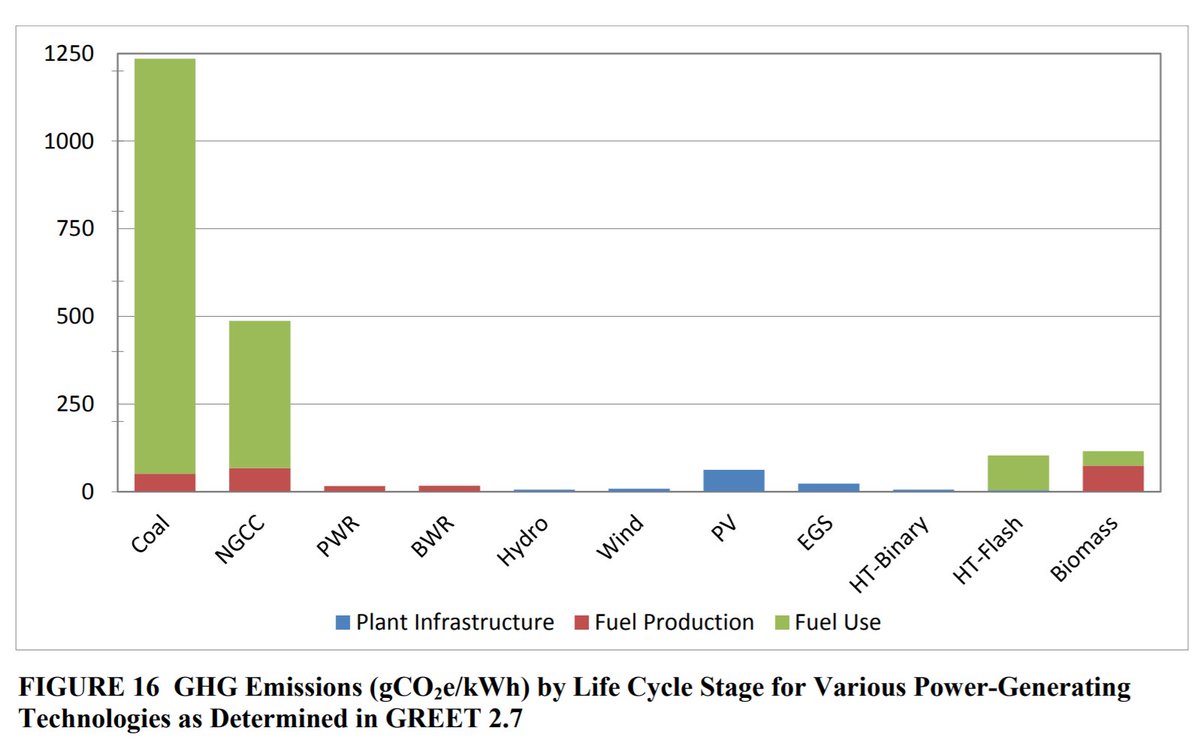 How it started: How it's going: 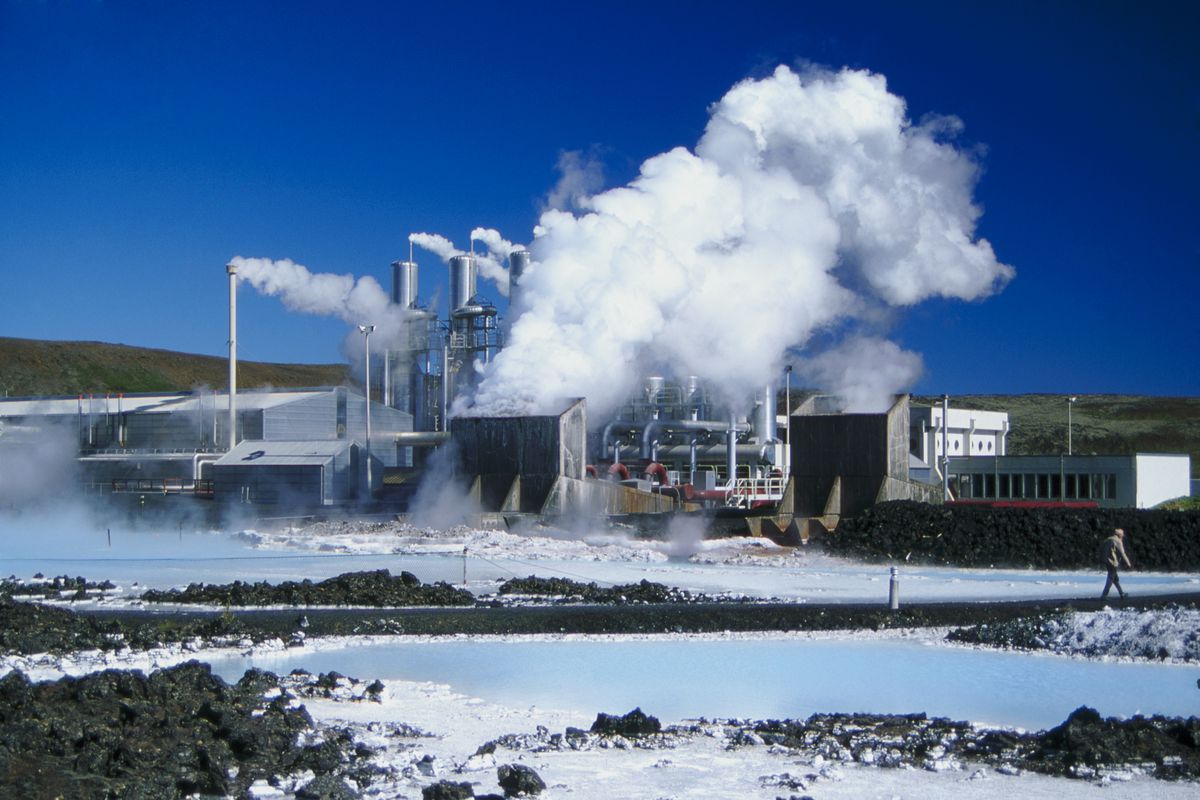 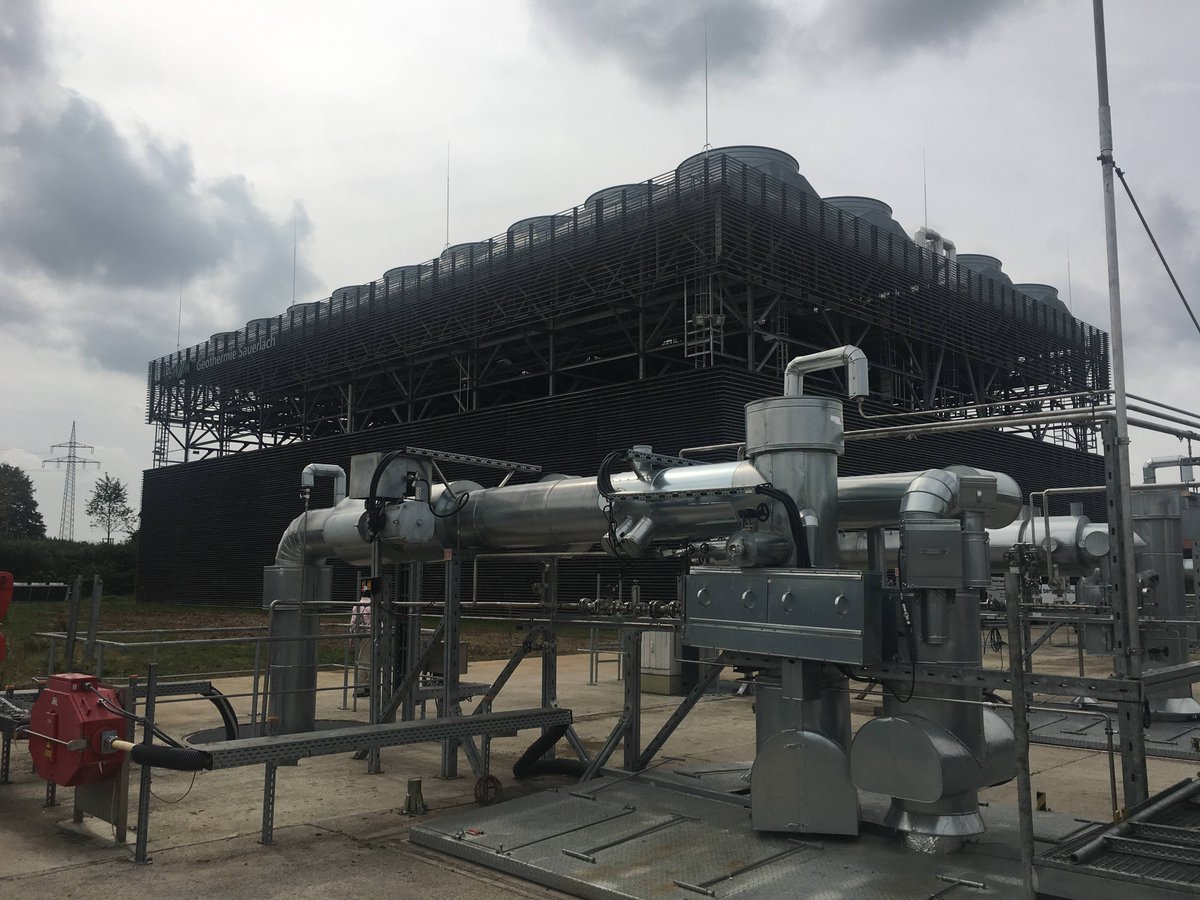 11/This is a really important point because a lot of regulators don’t differentiate between the types of geothermal. In CA, you can find regulators, CCAs, etc. that ding geothermal for emissions, even though modern binary plants don’t have any.
12/And the prize truly is huge. @jessejenkins worked last year with a student to outline how we could start drilling these resources today and get on a learning curve that would ultimately translate to 100s of GWs of geothermal in the US. https://twitter.com/JesseJenkins/status/1257703223730765824?s=20

13/And this is very possible because binary cycle power plants have solved half the puzzle, effective power conversion for low temperature geothermal. Now it’s just a matter of how fast can we bring drilling costs down.
14/We are just now figuring out how to get projects kickstarted to get on that learning curve. But importantly, this is technology that is deployable today already. We don’t need some breakthrough in drilling technology to rapidly expand geothermal.
15/So in summary, a big part of why geothermal is finally having its day is that modern, emission free, binary cycle power plants have opened up an entirely new class of low temperature resource and after two decades the tech is mature and ready to scale.
16/Binary cycle geothermal:
-Opens up an entirely new class of resource
-Is emission free
-Technologically mature

Now we just need to deploy, deploy, deploy. Time to open up geothermal’s potential. END
You can follow @TimMLatimer.
Tip: mention @twtextapp on a Twitter thread with the keyword “unroll” to get a link to it.