Read on Twitter
Tonight, I sat at my desk & began to fill out my ballot & for the first time as an American I know this election truly matters. Our democracy is truly at stake. Politically, I am a registered Republican but I slant towards a more Libertarian point of view. Yet, I have always been
a common sense voter. I vote not for parties but what I feel will best represent my neighbors & communities interests. I feel the massive amounts of voters turning out for this election day means much of America senses this same foreboding regarding this election. Our country
is under siege. There is a current, intentional consolidation of power that threatens our democracy. I have not been happy with the divisive nature of Donald Trump. I have found at times his leadership qualities lacking. Yet, I realize this election is not about Donald Trump.
It is about a movement to preserve America. A handful of powerful, elitist Washington Democrats has decided that our democracy belongs to them. They are wielding the press as a weapon & a tool of suppression.
"Any dictator would admire the uniformity & obedience of the US media." Norman Chomsky 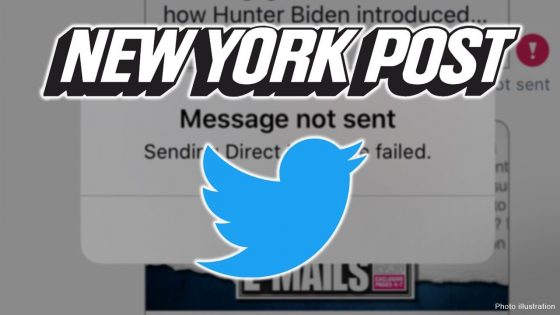 The last year we have been deluged with a relentless campaign of disinformation intended to crush our unity & divide us. Stories such as rampant police racism which is fully refuted by the facts. https://www.usatoday.com/story/opinion/2020/07/03/police-black-killings-homicide-rates-race-injustice-column/3235072001/
There is no epidemic of fatal police shootings against unarmed Black Americans

https://www.usatoday.com/story/opinion/2020/07/03/police-black-killings-homicide-rates-race-injustice-column/3235072001/
Which has been the excuse of a Marxist movement to form dissent, destroy & loot our cities. 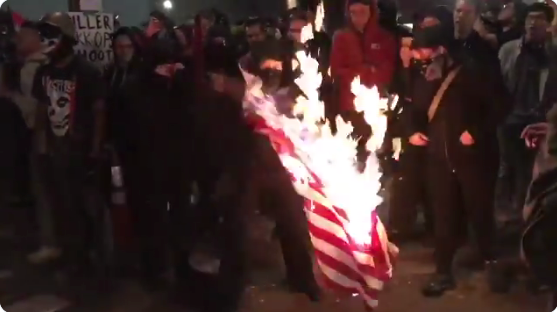 https://www.breitbart.com/politics/2019/10/25/donald-trump-criminal-justice-reform-fixed-unjust-1994-clinton-crime-bill/
https://www.cnbc.com/2019/10/04/black-and-hispanic-unemployment-is-at-a-record-low.html
Black and Hispanic unemployment is at a record low

The jobless rate for Hispanics hit a record low of 3.9% in September, while African Americans maintained its lowest rate ever, the Labor Department reported.

https://www.cnbc.com/2019/10/04/black-and-hispanic-unemployment-is-at-a-record-low.html
Sen. Tim Scott (R-S.C.) championed the inclusion of “opportunity zones” in the 2017 tax bill that Trump signed into law. Its provisions reward investment in impoverished areas by deferring taxes on the sale of stocks and other holdings if the assets from those sales are invested
in certain high-need geographic areas.

"Accuse your enemy of what you are doing. As you are doing it to create confusion." Karl Marx
F.A. Hayek's great book derived from the theories of Austrian economics & written as the Fascist Nazi's were slowing crushing Europe with their war machine spoke of the dangers of socialism & how the concentrations of the centers of production into the hands of the few & the
government is the "Road to Serfdom" for the average man. https://thepoliticalinsider.com/wage-growth-after-stagnating-obama/
Obama FAILED Workers for 8 Years - Now TRUMP Has Great News!

https://thepoliticalinsider.com/wage-growth-after-stagnating-obama/
Yet, career politicians who have never worked or left office with very little money have found themselves with immense wealth.
“I’ve never been gainfully employed in my life,”
“I’ve never cashed a paycheck in my entire life, you think I’m joking, I’m not,” Joe Biden National Urban League’s Legislative Policy Conference https://www.forbes.com/sites/danalexander/2019/08/14/heres-the-net-worth-of-every-2020-presidential-candidate/#6d7a0bef37c5
The Net Worth Of Every 2020 Presidential Candidate

Everyone knows Donald Trump is rich. But how about the 25 people jockeying to replace him as president?

Do you know the official Nancy Pelosi net worth? Most people have heard of the name Nancy Pelosi, even if they don't know the first thing about American

Sen. Dianne Feinstein's husband, Richard Blum, could bag $1 billion in commissions for his company from a government plan to sell 56 US Postal Service buildings.

https://www.celebritynetworth.com/richest-politicians/democrats/hillary-clinton-net-worth/
Oh yeah and the beloved Governor of California who just moved less than a mile from my home to an enormous mansion I have personally seen in an exclusive gated community. Oh yeah & he currently owes taxes on these property transfers he doesn't want to pay. https://redstate.com/jenvanlaar/2020/07/25/gavin-newsoms-3-7-million-estate-was-gifted-to-him-in-2019-3-months-later-he-got-a-2-7-million-tax-free-cash-out-n248795
Gavin Newsom's $3.7 Million Estate Was Gifted to Him in 2019; 3 Months Later He Got a $2.7 Million...

It's good to be king.

https://redstate.com/jenvanlaar/2020/07/25/gavin-newsoms-3-7-million-estate-was-gifted-to-him-in-2019-3-months-later-he-got-a-2-7-million-tax-free-cash-out-n248795
This happens to be the most expensive house ever sold in this area & it happens to reside in a county with zero COVID-19 restrictions. https://rightondaily.com/2020/07/gavin-newsom-update-hes-moving-to-an-exclusive-community-in-el-dorado-county-that-happens-to-not-be-on-the-shutdown-list/
Gavin Newsom Update: He's Moving to an exclusive community in El Dorado County - That Happens to...

https://rightondaily.com/2020/07/gavin-newsom-update-hes-moving-to-an-exclusive-community-in-el-dorado-county-that-happens-to-not-be-on-the-shutdown-list/
The Democratic party is not for the average person. That party has long left the principles behind that made it the working man's party in the past. NAFTA championed by Bill Clinton exported scores of union labor jobs to Mexico. The Pacific Trade Agreement championed by
Hillary Clinton would have done the same. Obama & Biden pushed & successfully created numerous harmful trade pacts with China which not only destroyed manufacturing jobs but transferred American technology.
Immigration & welfare policies championed by the left continue to keep millions of Americans in poverty with little hope of improving their situation. All of these factors are why I beseech everyone to really look at what is happening to our democracy.
What will the consequences be if we allow this blue wave? If you are a Libertarian do you waste your vote on a candidate that has no chance of winning this election & allow the transfer of power to an organization that will press to consolidate their party & destroy our checks
& balances by stacking the Supreme Court or granting statehood to Puerto Rico & Washington DC. Forever tilting the balance of power of the Senate to the Democratic party unchecked? https://nypost.com/2020/09/18/democrats-want-to-add-new-states-to-lock-in-senate-control-forever/
Democrats latest awful idea: adding new states to lock in Senate control forever

What happens if, as seems much more likely now than it did a year or six months ago, Democrats overturn the Republican majority in the Senate? No clear answer yet, but NBC News reports Democratic

https://nypost.com/2020/09/18/democrats-want-to-add-new-states-to-lock-in-senate-control-forever/
If you are an undecided Democrat do you continue to ignore the fact that the Democratic party has ignored you for the last several decades while becoming otherworldly rich? I say fight at the local & even state levels to expand your parties where you have more control over your
local government. Yet, not to push back against a corrupt Democratic party willing to suppress free speech, control the press to maintain their power in a centralized Washington DC is a mistake. Is it worth risking the loss of our Republic? #Election2020

You can follow @CadgerGreg.
Tip: mention @twtextapp on a Twitter thread with the keyword “unroll” to get a link to it.