Read on Twitter
Misappropriation is the name of the game: 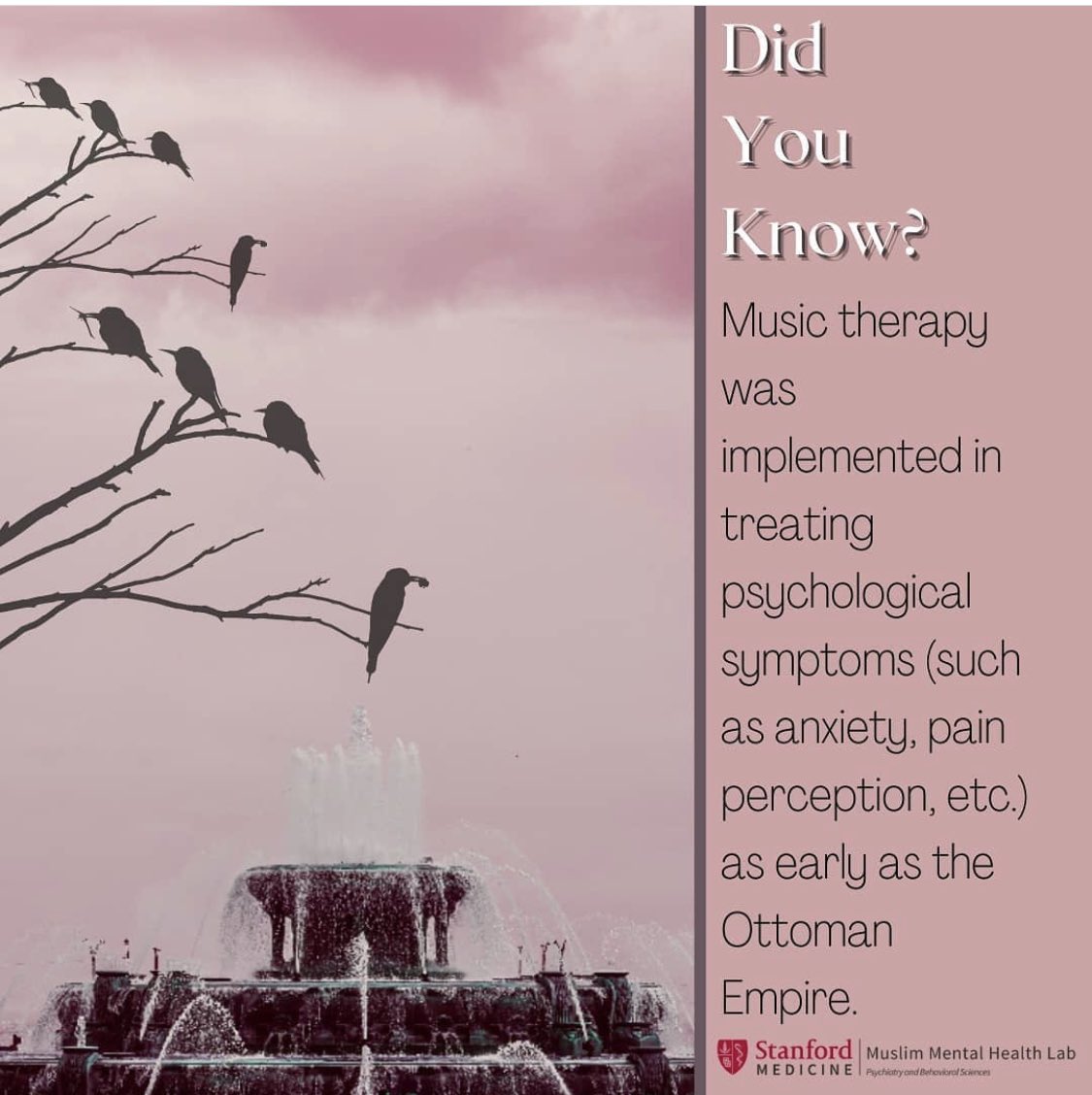 Today, music therapy has been found to be beneficial for a number of psychological symptoms:

Yet no mention of Muslim contributions! 2/5
In my Muslim Mental Health Lab @Stanford we have an entire team pursuing in-depth research about the implementation of music therapy from early Islamic history as key treatment modalities in the early Islamic Mental Health hospitals (bimaristans or Dar ash-Shifaas) 3/5
This is yet another example where advancements in #mentalhealth awareness, treatment, prevention, acceptance, ingenuity etc at the hands of Muslim scholars is buried in history and credited to others hundreds (literally hundreds) of years later 4/5
This misappropriation will keep on happening until we
#reviveourlegacy
#knowourhistory and #rewritethenarrative

#Muslimmentalhealth
#mentlahealmatters
#mentalhealthaweareness
#endthestigma
#PassItOn
5/5
You can follow @DrRaniaAwaad.
Tip: mention @twtextapp on a Twitter thread with the keyword “unroll” to get a link to it.