Read on Twitter
Thread #1 Un: My Thoughts on the US 2020 Presidential Elections

This is my personal opinion and perspective from info gathered.

Feel free to challenge, correct, and/or add your views in! Love to hear diff POVs. 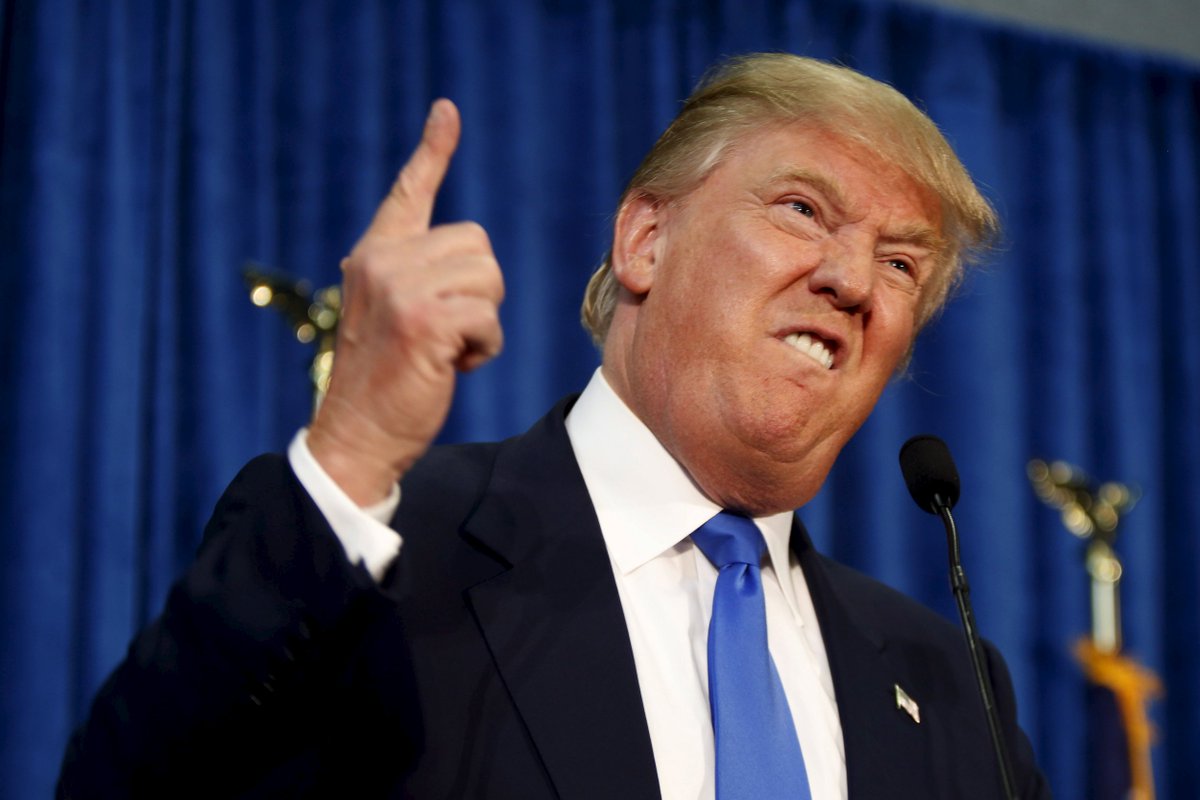 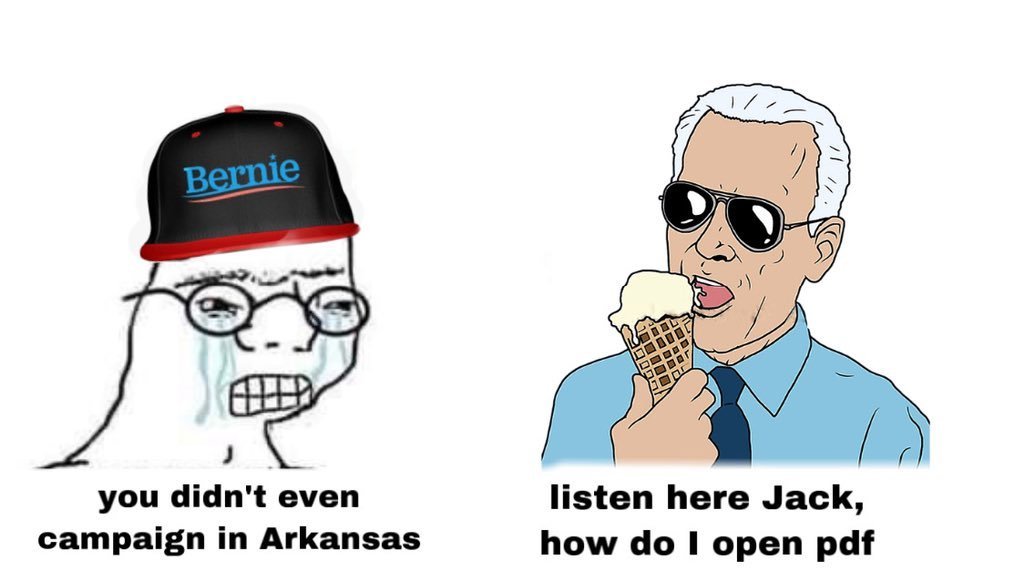 Man" in some circles)

What I like: Foreign policy (will break it down later), economy* (or is it just the stock market

), calling it out media BS, breaking Republican orthodoxies wrt economics/criminal justice/healthcare
What I don't like: Appalling rhetoric for the leader of the greatest nation in the world, unnecessary dog-whistling of minorities, too nice to RW radicals, aura of unreliability wrt international relations, too strict stances on H1B1/immigration in general, nepotism/shady biz 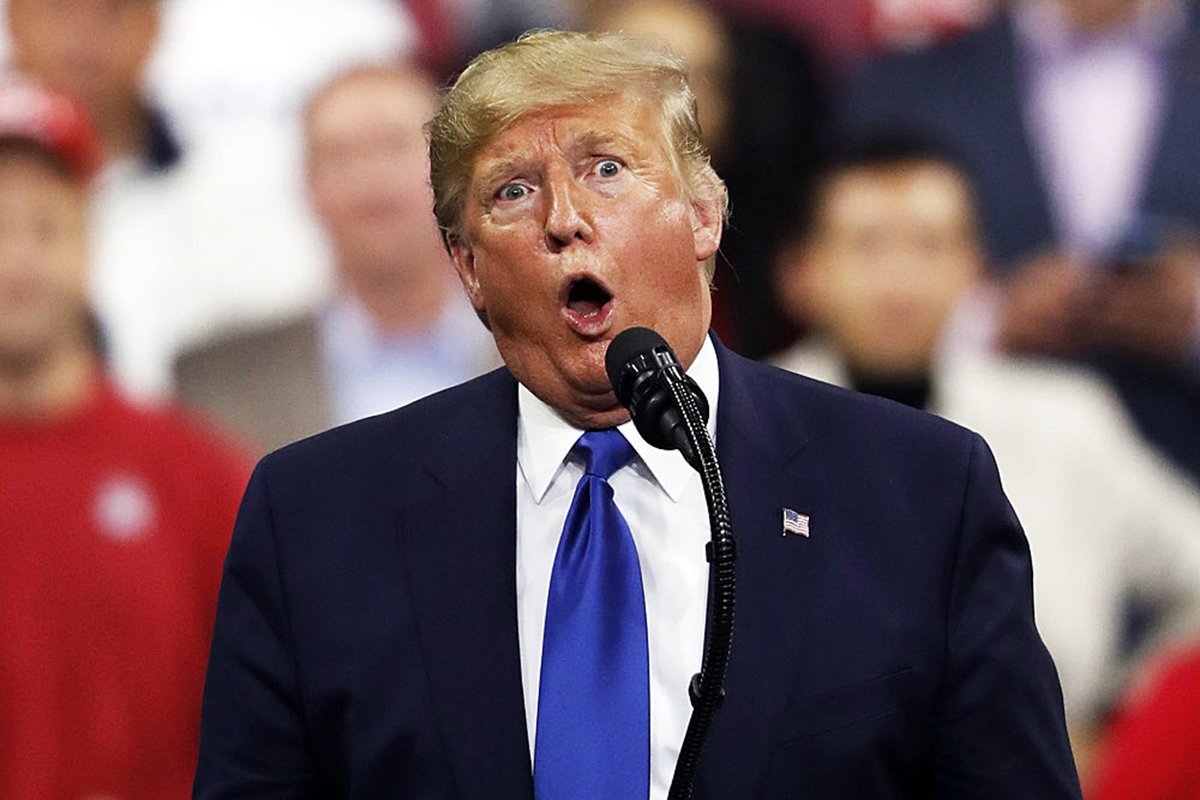 As you can see Trump's on-ground policy isn't something too bad in my opinion and the FP is leaps and bounds ahead of Obama. But his demeanor is horrible and unfit for the US President, possible knock-on effects wrt foreign relationships.

Enough to make me vote for him?

No.
Next up - Biden (aka Sleepy Joe! Hidin' Biden! or "Listen here you lying horse-faced pony soldier...")

What I Like: Actionable leftward shifts in healthcare & education, a real uniting voice/presidential demeanor, right direction in climate change**(a tad overreach tho)
What I Don't Like: Limp FP stances especially with regards to China, corruption, sometimes too easy on his crazies too (Antifa), possible trojan horse for radicals (career politician so he blows with the winds), inconsistent incoherence over the days is really scary for a US Prez
Let's dive deeper into a few select issues.

One of my most passionate subjects. Check out my magnum opus series on the Saudi-Iran conflict linked below:

Anyways, let's dive in!
A Tale of Oil and Fire: The Saudi-Iran Conflict - The Emissary

The genesis, evolution, and future of one of the most infamous struggles of the Middle East. An exploration of the area's history, theology, and economics.

-Trump has been the only US President in recent years to truly challenge China. Biden has been vague in his future approach to China while past Obama years don't bode well.
-Major Euro Leaders are inept & professional virtue signallers save Macron

who can't handle new trade deals as valuable vs other relations like
-Increased ties with Arabs AND Israels (honestly Nobel prize material if Obama can get one for....existing?)
-Boosted ties with India

MAJOR piece in coming US-China conflict...
Biden's India policy could be a similar good tone but radicals on the left whose FP is basically a Qatari blueprint inspire confidence. Not to mention Democrat allied CAIR links (see link below) https://theemissary.co/the-shadow-sultanate-qatar/
The Shadow Sultanate: Qatar - The Emissary

The methodology and geopolitical consequence of Qatar promoting extremism in politics, media, and especially religion across the world.

https://theemissary.co/the-shadow-sultanate-qatar/
The world is bifurcating. Trump is running with that theme while Biden seems to really have a grey policy that could harm the US if it doesn't accept the realities of a US-China Cold Conflict.

Onto the Next One -> Guerras Culturales -> Culture Wars & the state of media, discourse, and everything in between

My main thesis of my take on Far Left vs Far Right boils down to this:

While much attention is directed to the dangers of the far right, we are seeing a creeping dominance and menace from the far left in America.

https://theemissary.co/why-the-far-left-is-more-dangerous-than-the-far-right/
The censoring of the Hunter Biden story was a massive

And when they want to turn something off, it's off for everyone.

You may be fine with what's getting censored now, but what about when it's one of your opinions or Big Tech chooses a side you don't like?

Both parties have basically agreed - We Got Money To Blow (but I choose where it's blown)
Wall Street is fully divorced from Main Street.

This reality is playing out across America, esp in the parts that are already hurting. 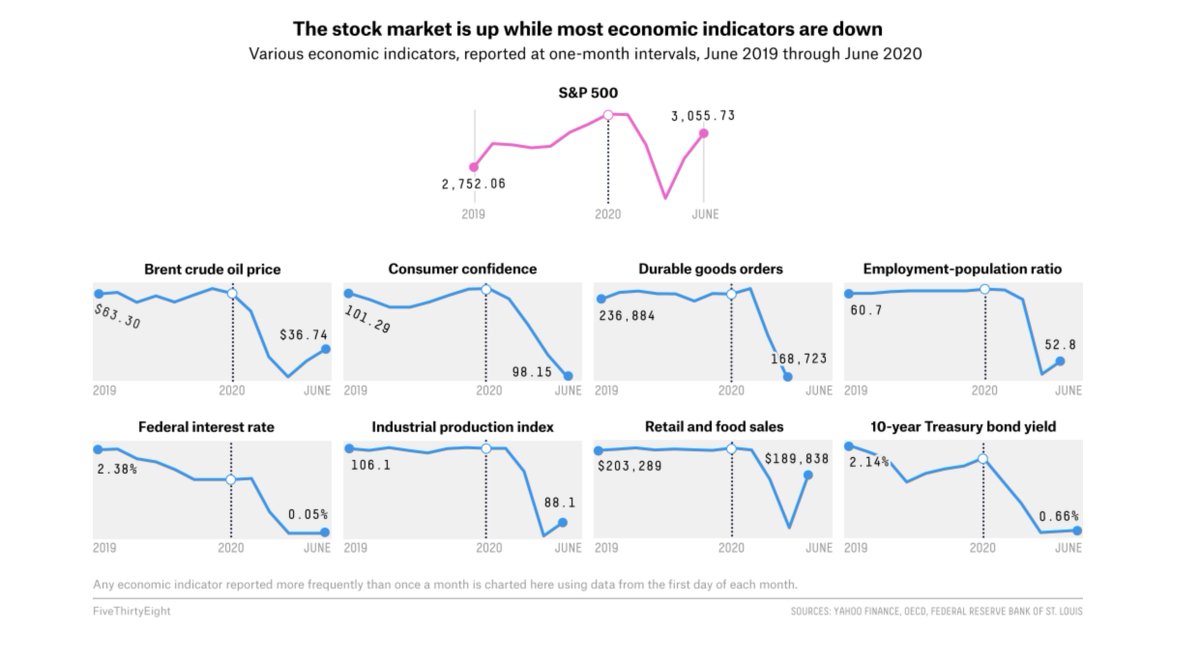 The econ goes kaputz, meanwhile megacorps are raking it in while small biz collapses.

-Trump did a more "socialist" bailout than Obama which was a HUGE plus for people. https://fortune.com/2020/03/25/trump-senate-trillion-rescue-deal-cash-handouts-stock-buyback-ban/
Trump and Senate agree on $2 trillion rescue deal that includes cash handouts and stock buyback ban

The plan also includes about $500 billion that can be used to back loans and assistance to companies, including $50 billion for loans to U.S. airlines, as well as state and local governments.

https://fortune.com/2020/03/25/trump-senate-trillion-rescue-deal-cash-handouts-stock-buyback-ban/
-The Fed has gone full MMT. As investors learned: DFFF (see link). This has consequences for future policy where Green New Deal folks will clamor on about infinite money possibilities (they have a point).Deficit hawks BTFO
-Yet structural probs remain... https://highvol.substack.com/p/dont-fight-the-fed
Don't fight the Fed!

A brief history of the financial plumbing since WW2, and the role of the US dollar

https://highvol.substack.com/p/dont-fight-the-fed
Where Biden comes in is that economics wise - his views are fairly popular wrt healthcare/education. I think once we are out of the danger zone of uncertainty we are in, people will warm even more to his other policies addressing inequality. 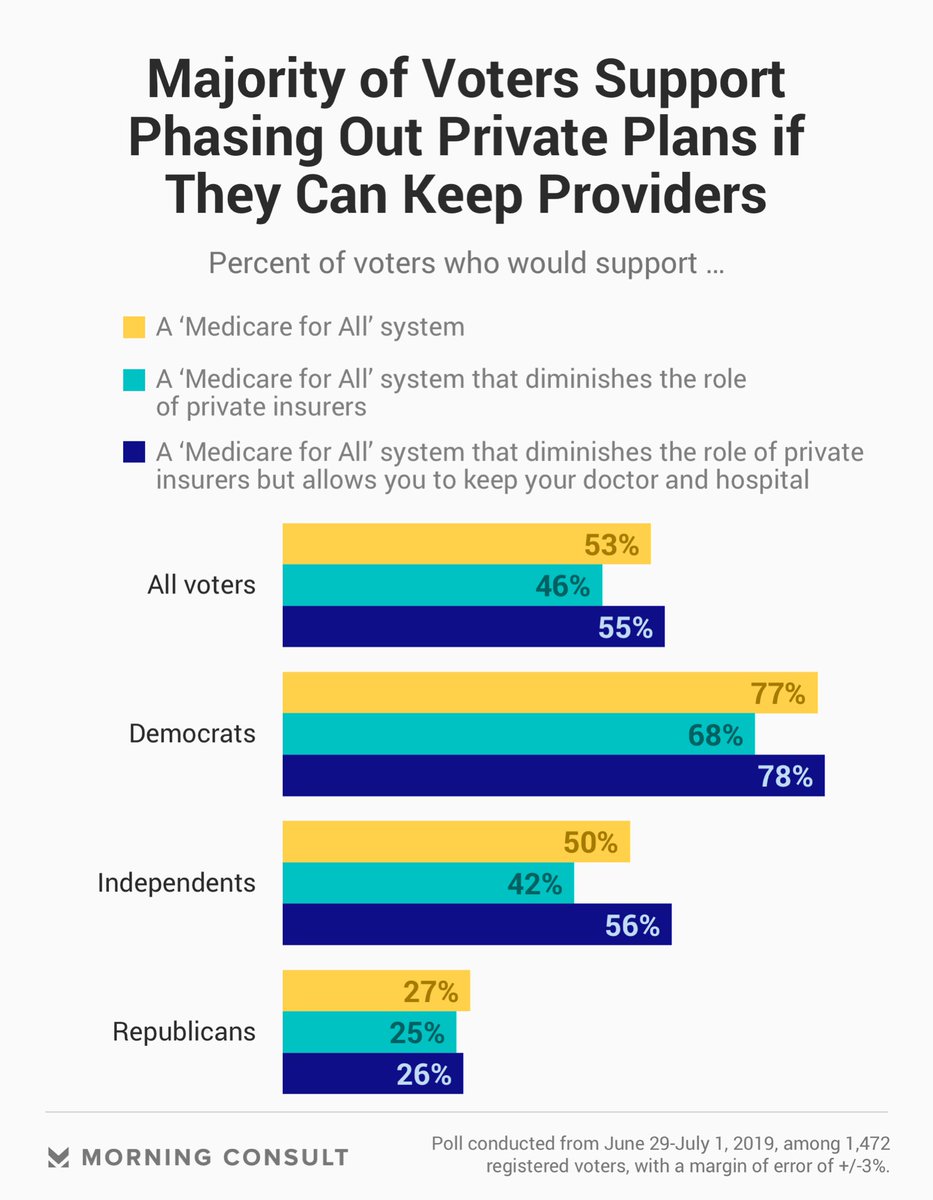 But then again, if the Fed can print infinitely....why do we need taxes?

The US Dollar works in mysterious ways...
Rapid Fire Round

Everything else and miscellaneous...
Supreme Court:

-Judge Amy Coney Barrett will go through via political brute force. No change to Roe v Wade.
-Biden and Dems may try to pack the courts if they can (it's just politics).

These are the first large-scale reforms since the Black Lives Matter movement started in 2013.

Jk but let's add on the last few tweets

-Mass protests/riots post-Trump victory
-Biden will clamp down on them post his victory with Dem money withdrawn. Independent vigilantes will try (Snakes in your yard..)
US

-The Fed and our Foreign Policy will seek to keep it as reserve status.
-Oil relationship with Gulf Arabs tapering off with shale oil boom and renewables but still some geopolitical potential, esp with India/Israel joining in.
-Crypto use will grow either way
Wall Street:

Big Tech:
-Cons very mad, will try to clamp down
-Lobby $ prevents
-Need Teddy Roosevelt...
-will continue it's dominance till that new TR + public outcry overturns it (big if)
-Will be used as weaponry vs China in new economic cold war
-Data is the new oil (Shouts out $PLTR)
Overall:

Polls point to big Biden victory but I think @amlivemon makes a great case of the opposite and am leaning towards his take:

Tentatively wrapping this one up. My biases laid out earlier last year:

https://theemissary.co/an-indian-american-dilemma/
You can follow @TheEmissaryCo.
Tip: mention @twtextapp on a Twitter thread with the keyword “unroll” to get a link to it.