Read on Twitter
Yep, that is a key take-away. He's going to make energy more expensive by moving away from fossil fuel. Germany did this & we can use it as a case study. Phased out coal & nuclear & increased renewables, total generation decline so imports more natural gas or 71% of energy supply https://twitter.com/jmartNYT/status/1319474975900880898 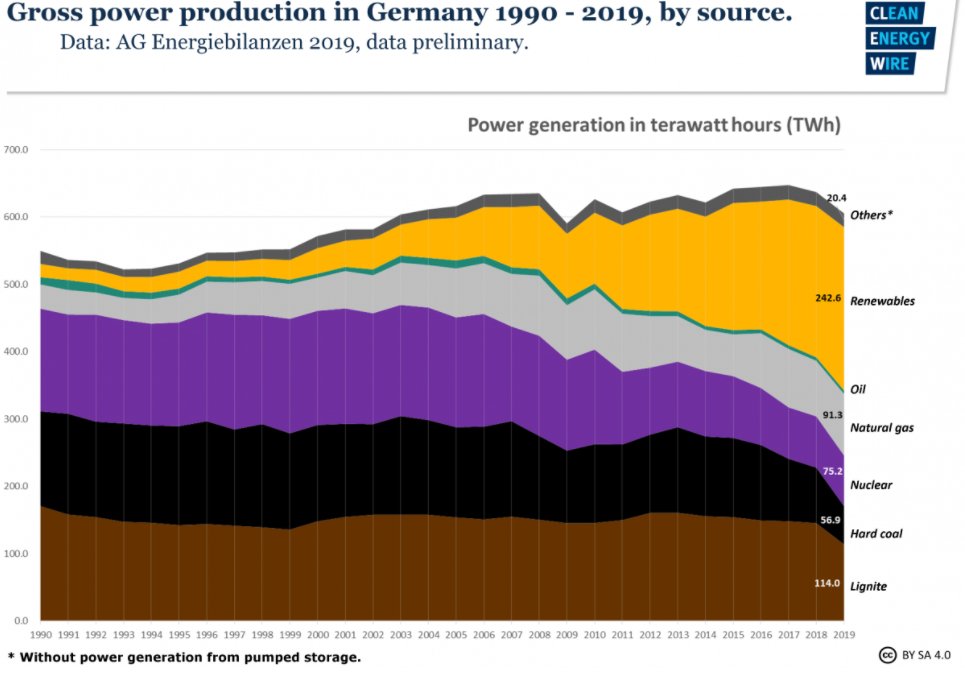 But guess what? It IMPORTS more FOSSIL FUEL by doing this & increase dependency on Russia natural gas. 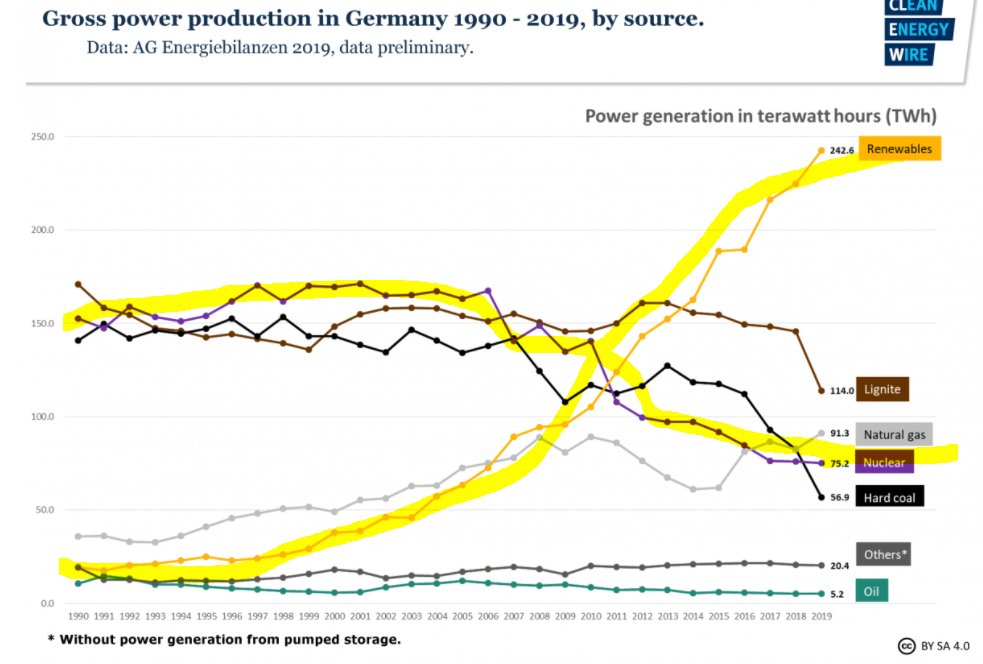 *By 2022, close the remaining nuclear power plants (clean & cheap source of energy)
*By 2030, rely on renewable energy sources for 65% of total.

Let's look at the facts!
Because of this move to close down nuclear plants & coal & increase of reliance on renewables, became dependent on IMPORTS.

So u see that it is VERY DEPENDENT ON FOSSIL FUEL like oil & natural gas. 5th largest energy consumer in world.
By closing down its own nuclear energy generation + coal & raise renewables, it has only been able to supply 29% of its total energy needs & imports 71%.

So moving to renewables actually didn't make it more "green" but made it more "green" DOMESTICALLY via production in Germany but CONSUMES GLOBAL FOSSIL FUEL.
So that means that it is NOT INDEPENDENT for energy & dependent on RUSSIA fossil fuel.

Anyway you may ask, what about price? HIGHEST ELECTRICITY PRICE IN EUROPE & RISING. 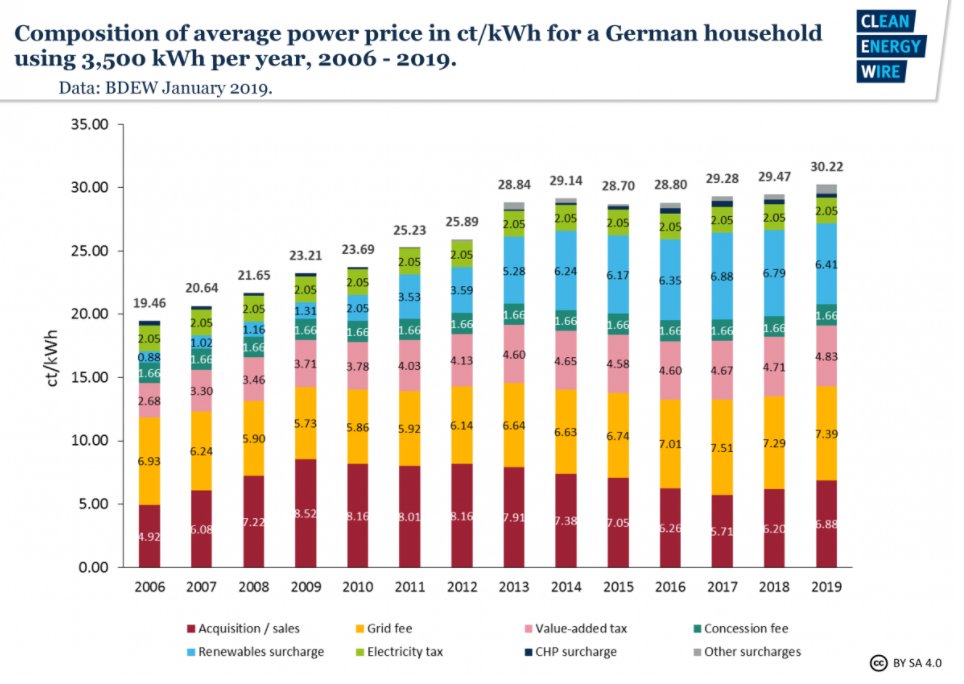 In 1998, the share of household disposible income spent on electricty = 1.78%. In 2015, that rose to 2.3%. Because costs went up, one of the positives is that households REDUCE consumption, so kind of good ish.

It still relies on imports of fossil fuel for 71% of energy supply.
Let's juxtapose Germany's choice vs France's choice:

Why? Well, relies on nuclear!

And yes, France has energy security b/c of this vs Germany that depends on Russia. 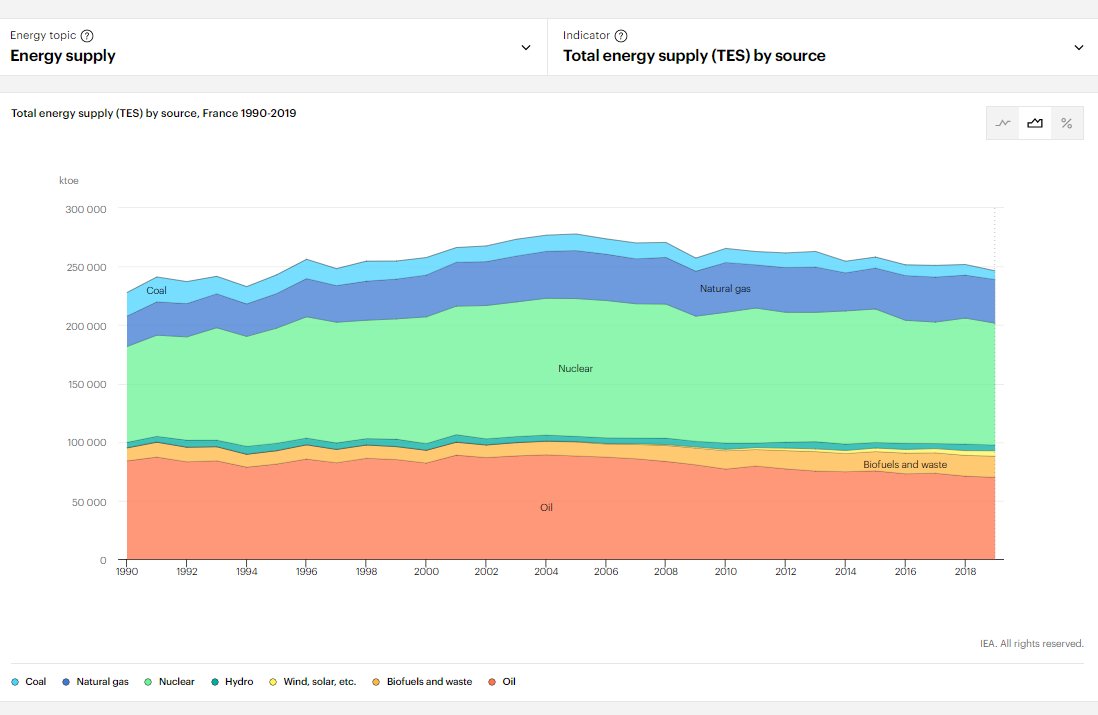 Prices of electricity in Europe. Let's look at France vs Germany, which btw has moved to renewables but in reality relies on fossil fuel for consumption due to higher dependency on Russian natural gas. True story. So got higher prices & less energy security. 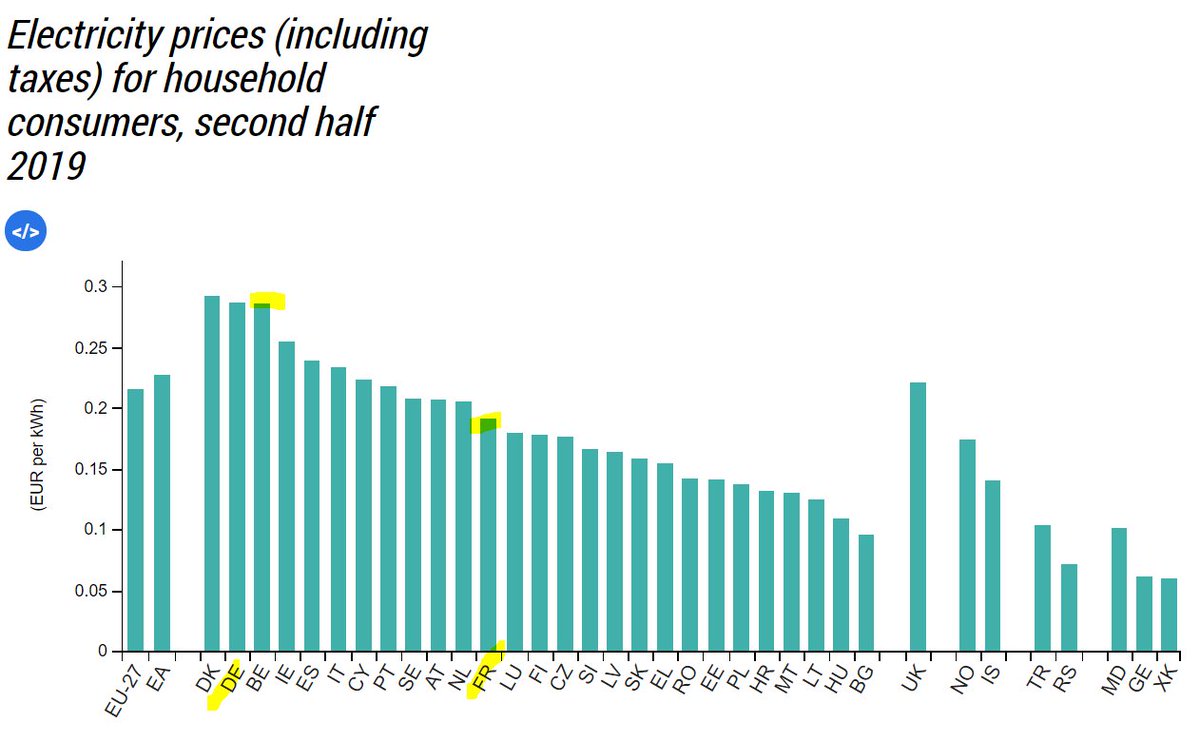 You can follow @Trinhnomics.
Tip: mention @twtextapp on a Twitter thread with the keyword “unroll” to get a link to it.