Read on Twitter
THREAD Worrying that much media are reporting favourably on EU Council's CAP deal. Please look at what lies beneath Ag minister @JuliaKloeckner deal and how it is is similarly dangerous as the Parliament's...

#Space4Nature made a whole lot more complex (i.e. fake): choice between 3% non-productive area & 5% with productive area = status quo. Arable land only which excludes 40% of ag area. Many exempted-MS with a lot of forest, small farmers, farmers with a lot of grassland, etc. etc. 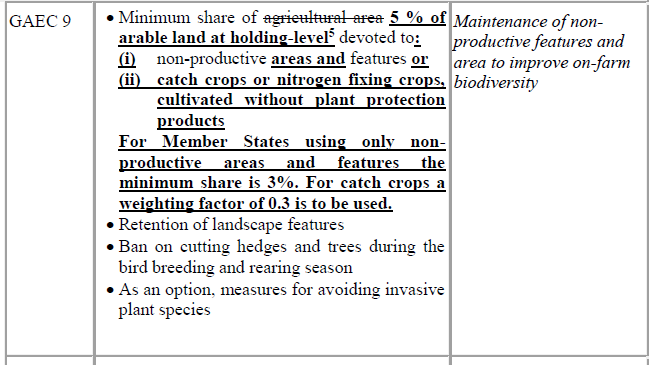 Counting of payments that don't have any environmental conditions (ANCs - Article 66) into the budget for environment ('in Pillar 2')- de facto looking at a -40% in the money available for real environmental measures. Commission has clearly stated this is a red line @jwojc

20% for ecoschemes, but seem to be some serious loopholes like paying per 'livestock unit' (animal) = the more animals you have the more you get. Budget also expanded to more objectives, so more opportunities to spend on non-environmental measures

The Council also plans to increase 'coupled payments' from 10% to 13%. These are the production payments of the past that led to massive overproduction and environmental damage as they encourage intensification.

Deletes indicator for how much landscape features are on farms. We wouldn't want any scutiny of how far we are to the Biodiversity Strategy's 10% target now...

Deletes indicators on emissions reductions for livestock, meaning no targets will have to be set in this area 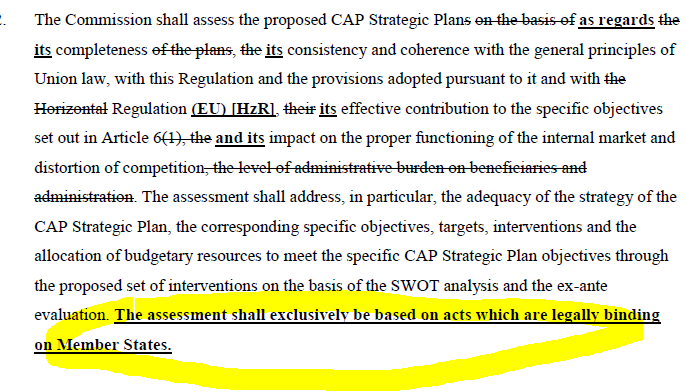 This may be even longer than the last

. was just really hard to pick out of all the shocking things. Hopefully enough to show that we shouldn't believe the hype. With such a Council and Parliament position, @vonderleyen can forget about a #EUGreenDeal compatible CAP
You can follow @HarrietBirdlife.
Tip: mention @twtextapp on a Twitter thread with the keyword “unroll” to get a link to it.